I’ll admit it, I only picked this park so that I could tell my friend Paris that I was staying at “her” mountain. Hey, when you’re picking places mostly to wait out the month of March till you meet up with friends in April, it really doesn’t matter where you go. And since most of the tourist sites are still closed, there’s still not much sightseeing going on (Furman University gardens were a miss here, along with downtown Greenville).

The Garmin directions had me winding through back roads and then taking a right turn away from the actual park entrance, so be sure you map this site before you drive. It’s a fairly good approach from south or west, with two-lane roads and not much traffic. The real challenge is from the camp entrance to the campground. Those Campendium reviews weren’t kidding, it’s a bunch of tight curves with little visibility and a lot of traffic until you get past the vistor center. I was once again thankful I have a small trailer and not a 40-footer with a toad on the back. Still, the forest views from the road were definitely enticing! 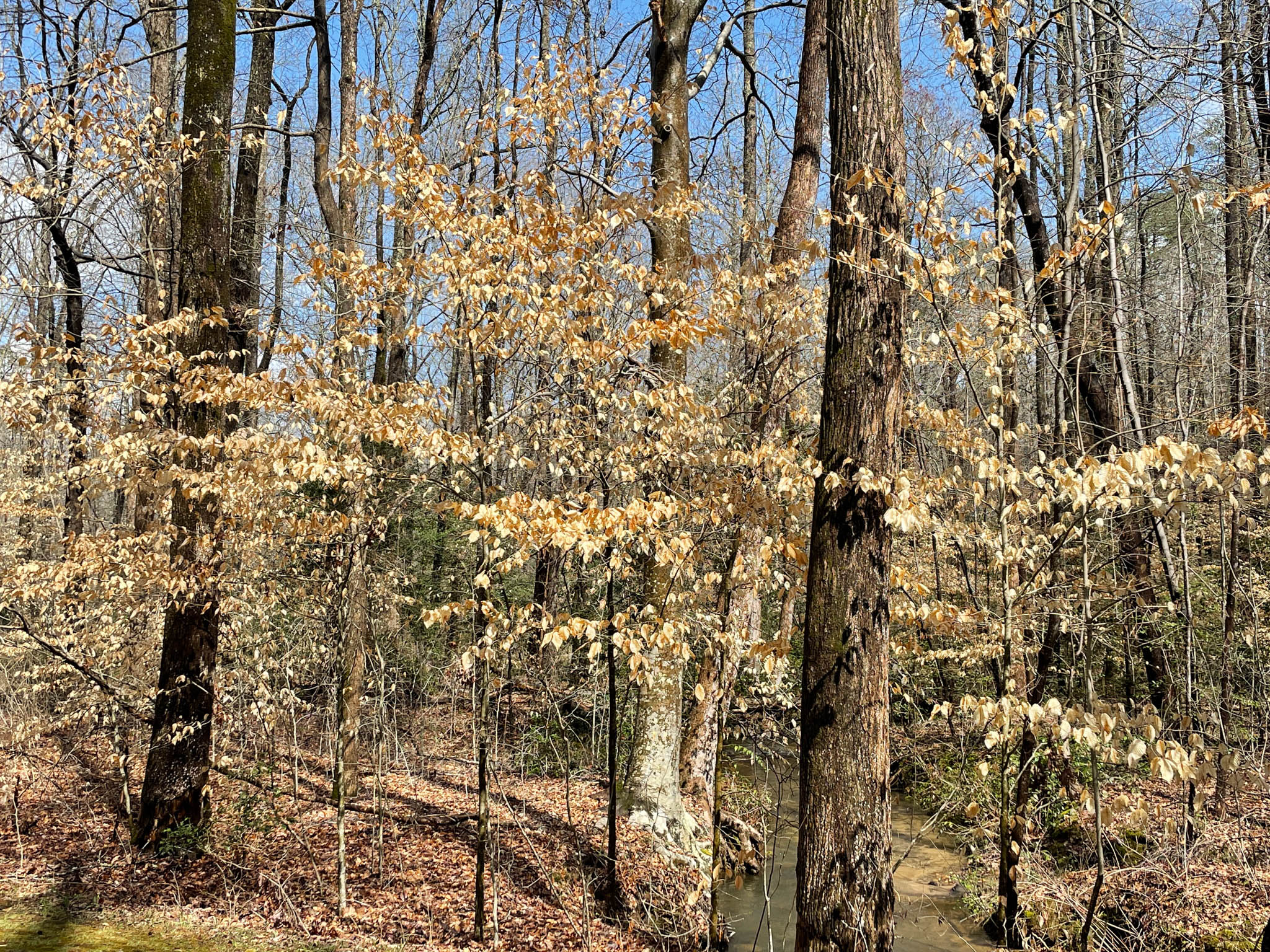 The campground itself is small, only 40 sites, so it’s quiet at night and pretty quiet overall, not near any big roads. There’s a railroad track somewhere off in the distance, but it’s far enough away that the train whistles sound vaguely romantic rather than shaking you out of your bed in the middle of the night (I’m looking at you, Salton Sea campgrounds!).

The park features an extensive well-marked trail system, although after a heavy rain, you’d be advised to wear good hiking boots and carry poles to help navigate washed out sections. The park is heavily used on weekends in nice weather, so expect a lot of traffic on the trails those days, including mountain bikers allowed on most of the trails. Still worth it, though. 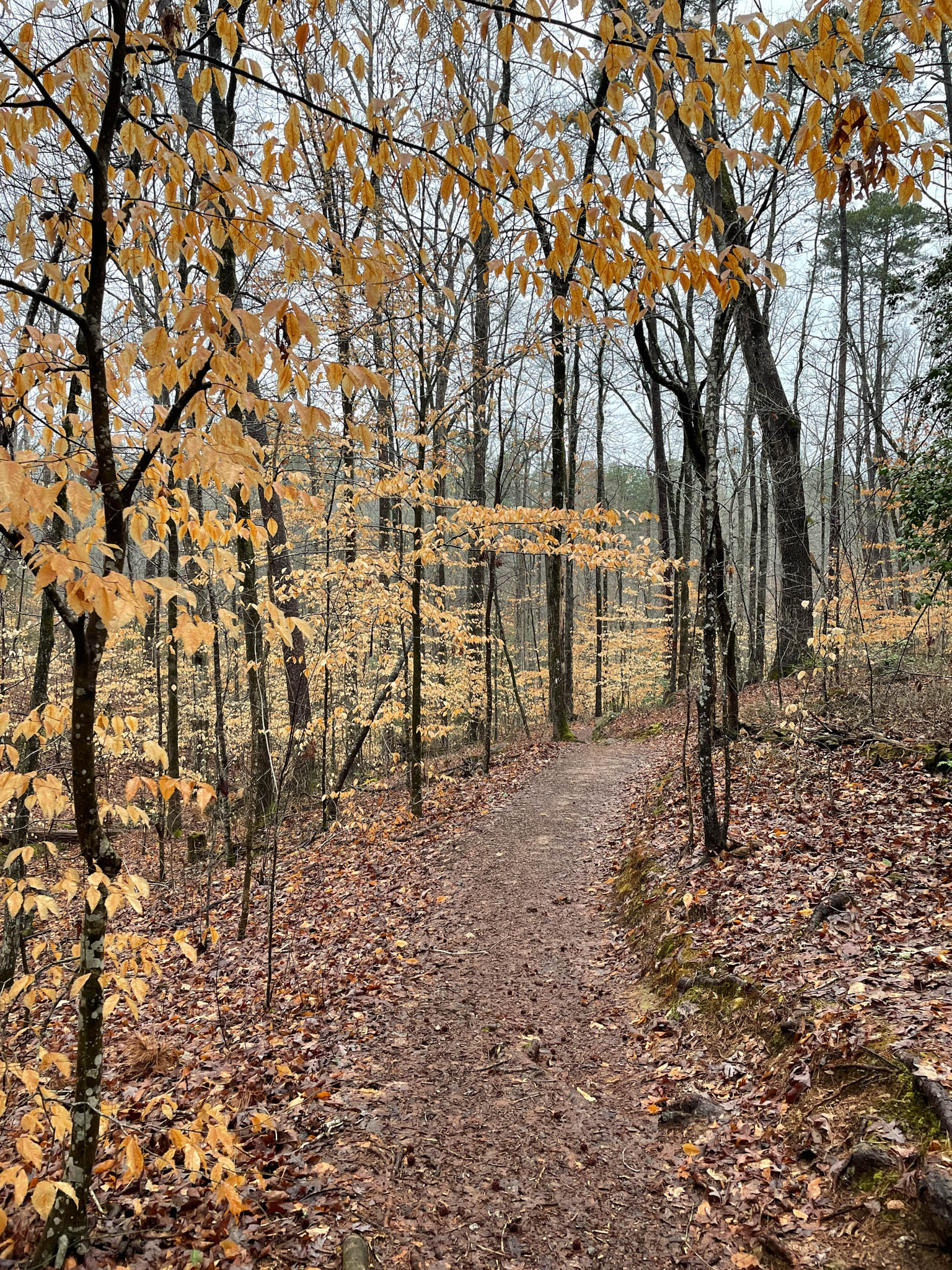 This is yet another park with CCC buildings, and this one, used for group gatherings, is beautiful. 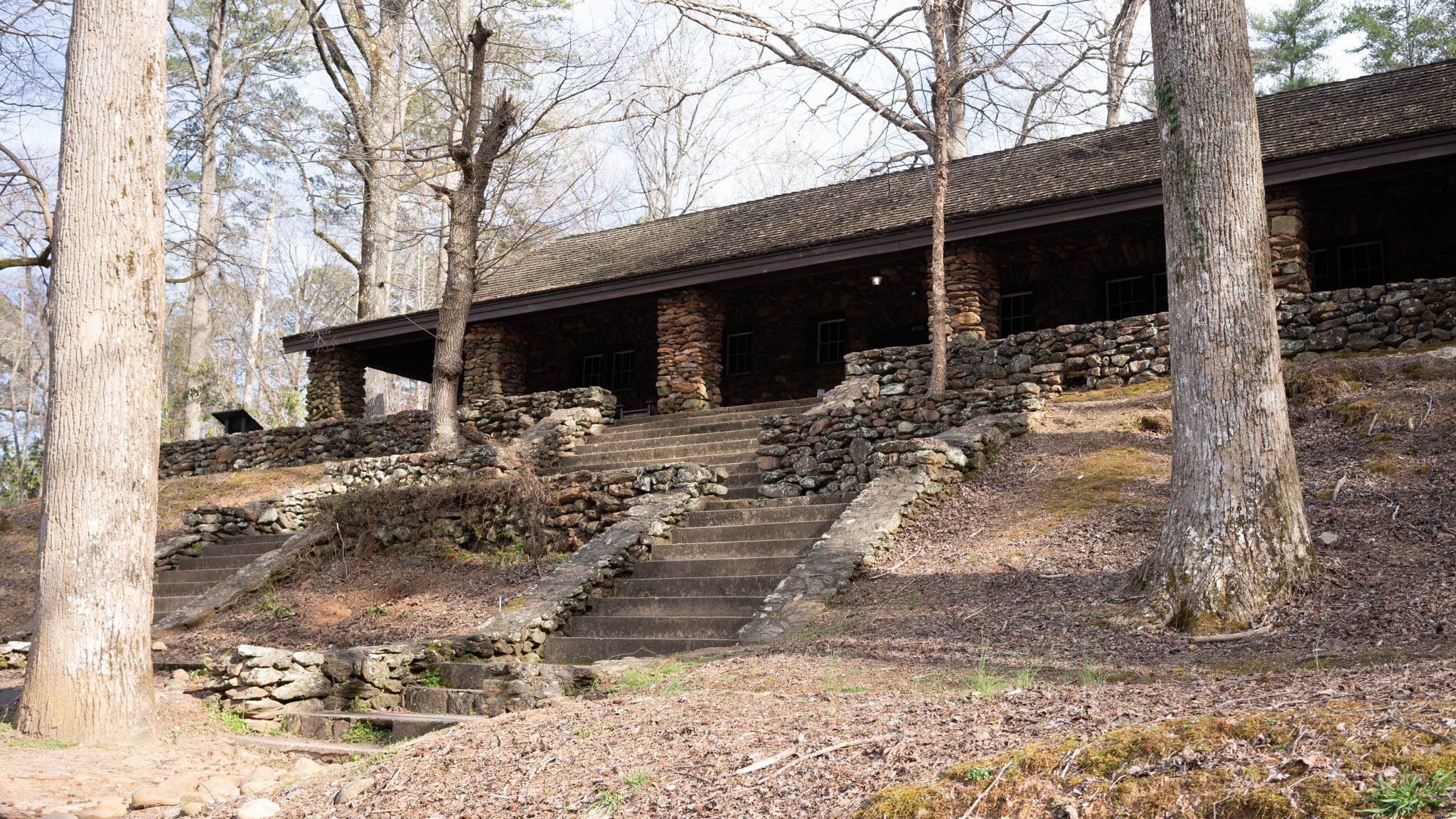 My favorite thing to do while I was here for six nights was jump on the Turtle trail at the head of the campground road, then connect to the circle trail around the lake. The dam and waterfall was amazing, and you can stand right on that little boardwalk in front of all that water and feel the power. Very cool! 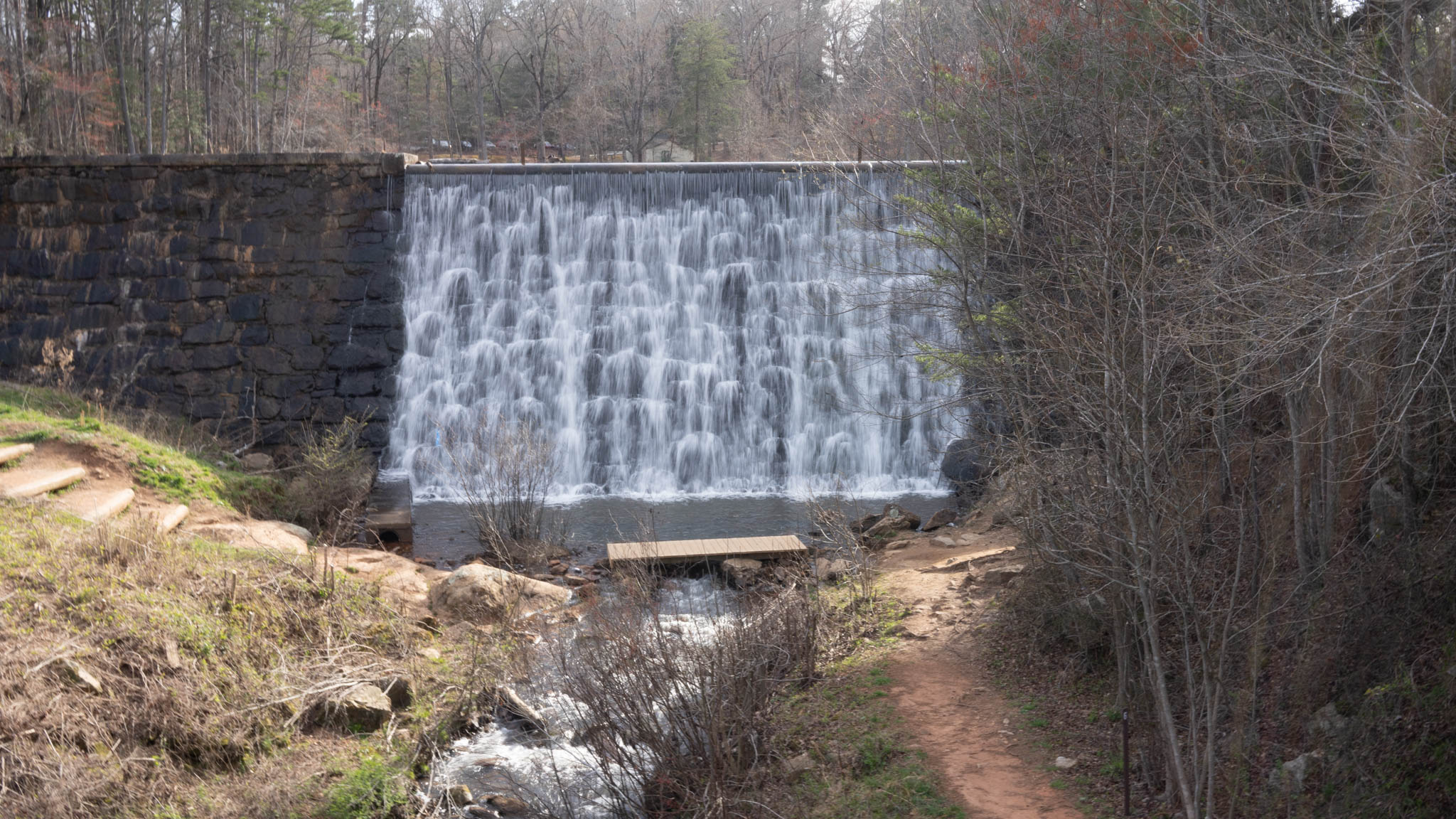