I scribble words onto the screen, I try to capture with cameras the images I see, I look for beauty in everyday life. I’ve been a sailor, a project manager, a tech writer, a programmer, and now…

Since May 2016, I have been a vagabond in a Safari Condo Alto 1743 trailer. I started out with a 2015 Subaru Outback named Bella as my tow vehicle, and in 2020, I moved to a 2019 Honda Ridgeline. I’m based out of Gainesville, Florida because everyone in the USA needs a physical voting address. 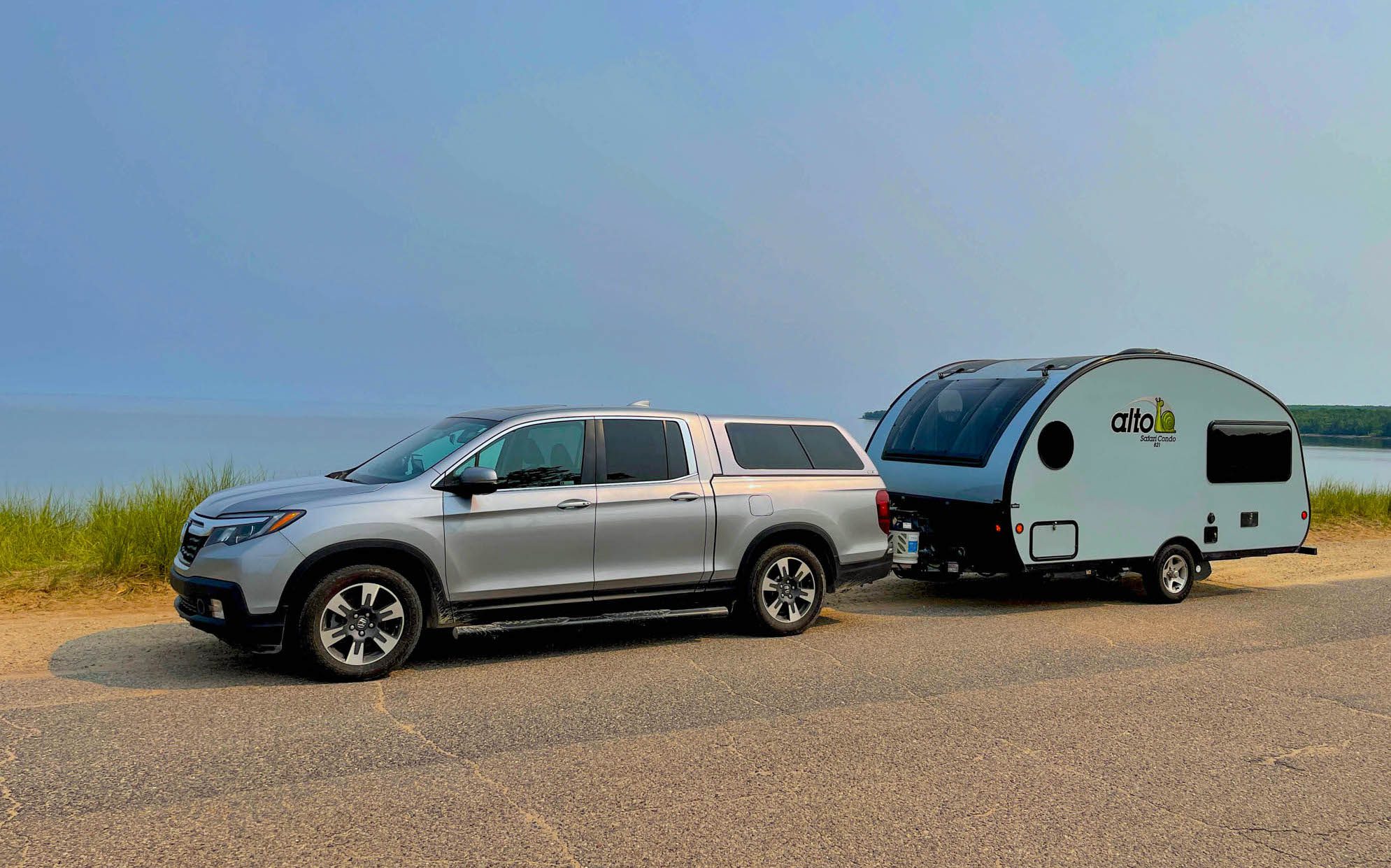 I was born and raised in LA before heading north to graduate with a BA in Environmental Studies from San Jose State University. Luck and timing got me into a training program with Control Data Corporation, which started me in high tech. After two years, I wangled a transfer cross-country to Manhattan, where I worked for a year before realizing I didn’t want a big career, the house on the hill, or an ordinary life. I gave up the job, the two-bedroom apartment and sold everything that didn’t fit into my tiny Toyota Corolla.

I was looking for adventure and I found it on a big wooden boat, the Hudson River Sloop Clearwater. For five years, I made my living as a sailor, eventually earning a captain’s license (100-ton auxiliary sail) from the US Coast Guard. I even worked one summer on a windjammer out of Rockland, Maine, where a knockdown sank the boat and made all 23 passengers and crew swim for shore (and, yes, we all made it, thankfully, and the boat was raised and still sails the waters of coastal Maine).

I went back to the Hudson Valley, working for Marist College a while before I decided I had unfinished business with Manhattan. I went back as a software editor for Simon and Schuster in Manhattan and sublet a fifth-floor walkup on the upper West Side. After a few years of ekeing out a living in the Big Apple, it was time to go so I moved to a fifth-floor walkup in Boston and started working at Northeastern University. The big perk was free tuition for employees so I earned a Masters in Technical Writing.

I cycled through a series of startups, none of them successful, but I got to wear a lot of hats, from icon designer to doc manager to product manager. After 12 years in Boston, another tech company paid for another cross-country move, this time to Santa Cruz. I started traveling internationally for work, spending time in Bangkok, Auckland, Sydney, Manchester (UK), Vienna, Beijing, Manila, and Taipei. In 2012, I moved to Seattle and the smiley-box company, still traveling but this time it was quarterly trips to Dublin, Luxembourg, and Virginia.

In March, 2015, I put money down on a tiny aluminum trailer and started planning my final getaway from the full-time high-tech life. On August 19, 2016, I walked out the door of that big office building in Seattle and into the vagabond life. And here I am, six years later!