It was a month of moving around the northeast, which is fun because I got to hit a lot of places without a lot of mileage (or gas) being involved. Every single mile was on back roads, which are easy to find here, and the skies were uniformly amazing every time. Well done, Northeast! 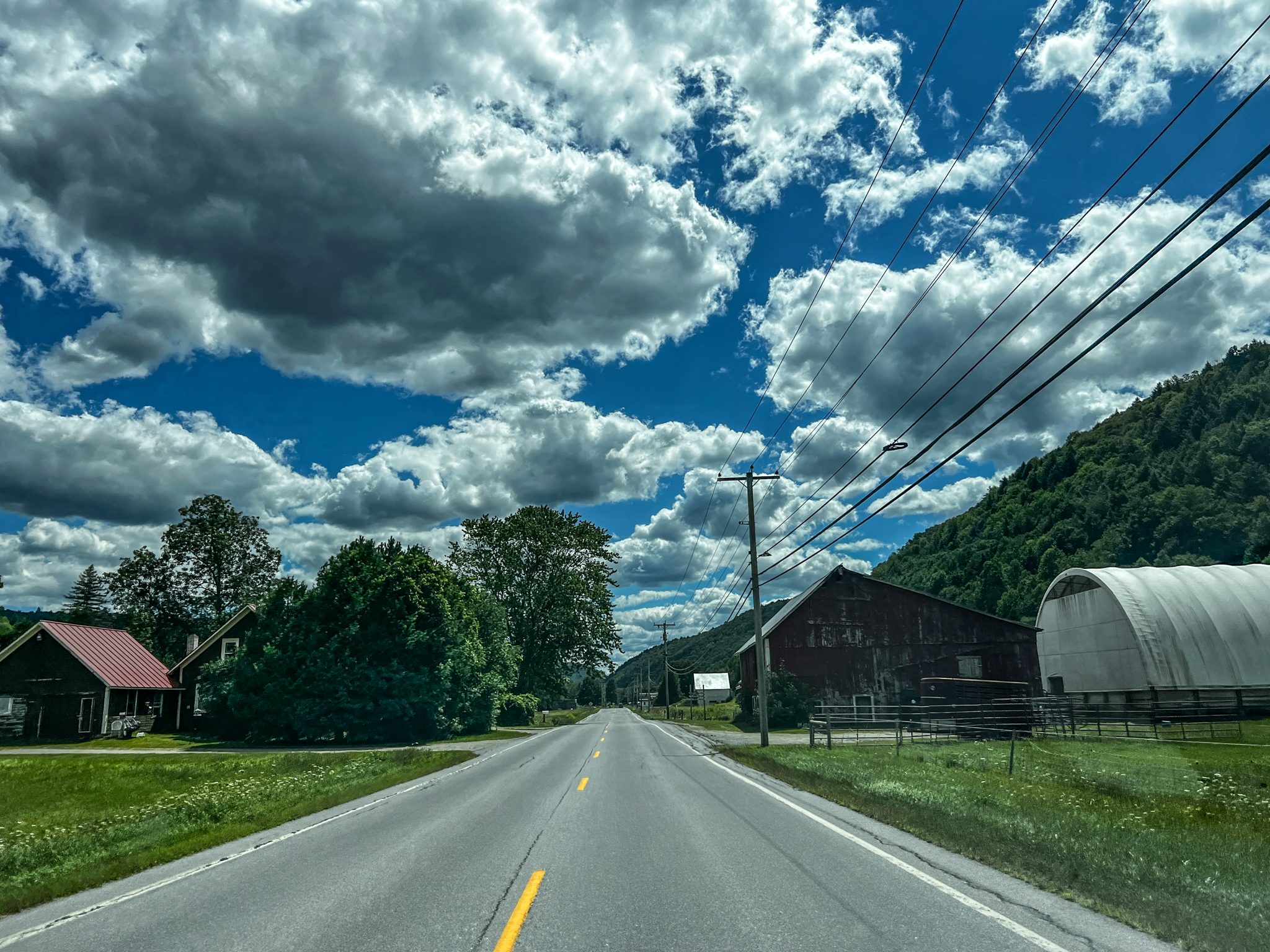 My first move was from western Mass to Winhall Brook, an Army Corps of Engineers campground on the edge of the Green Mountains. Nice spot, unpaved, but with power, which was good considering the humidity and temps were both up there in the “uncomfortable” range during my stay. 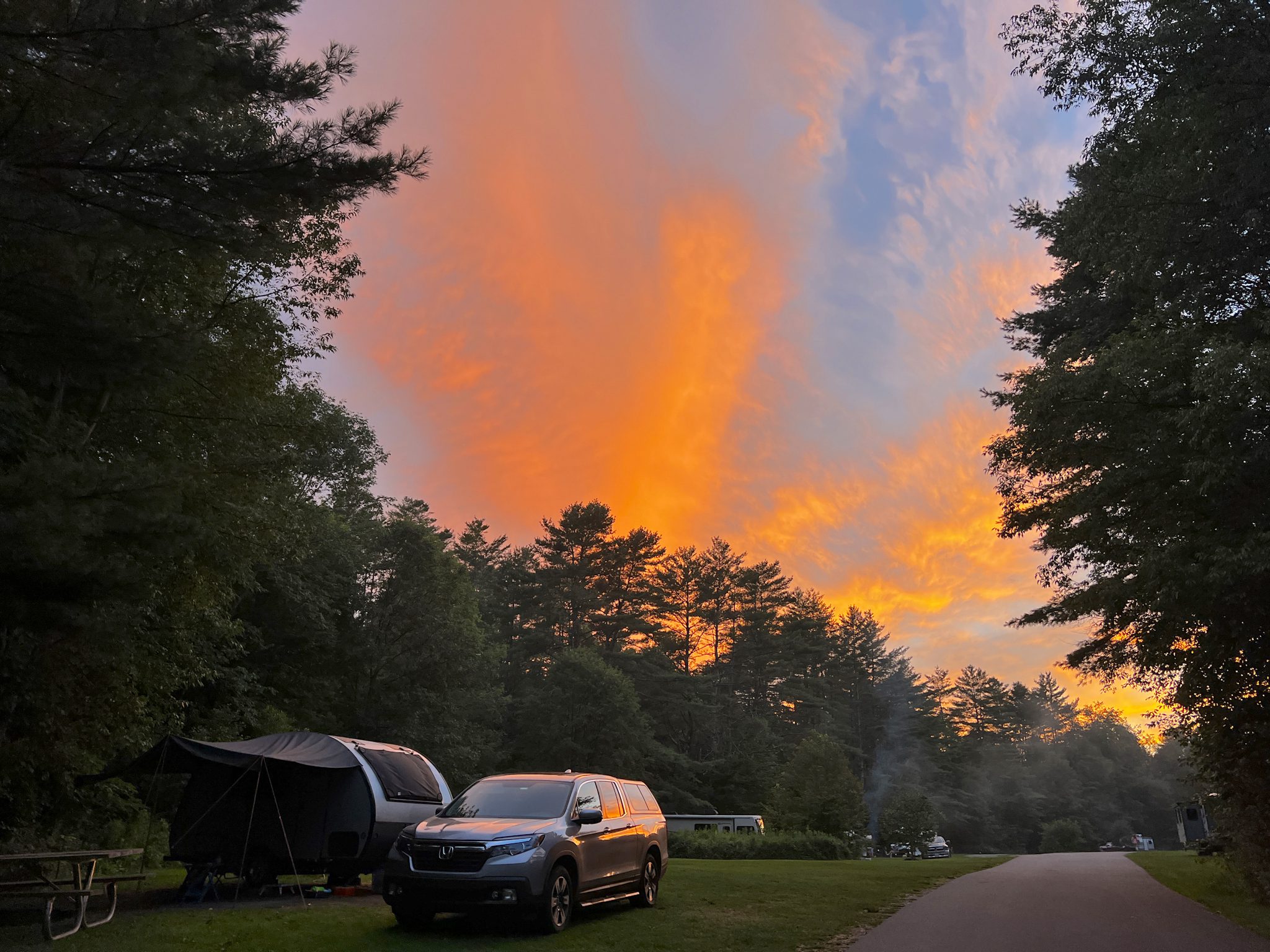 The park has a river running through it, which made for a quick photo session as I explored trails along it, aiming for good shots. It looks like someone might have made that circle of rocks as a little sitting pool at some point in time, but the water was flowing a bit too fast for me to feel comfortable wading in by myself. 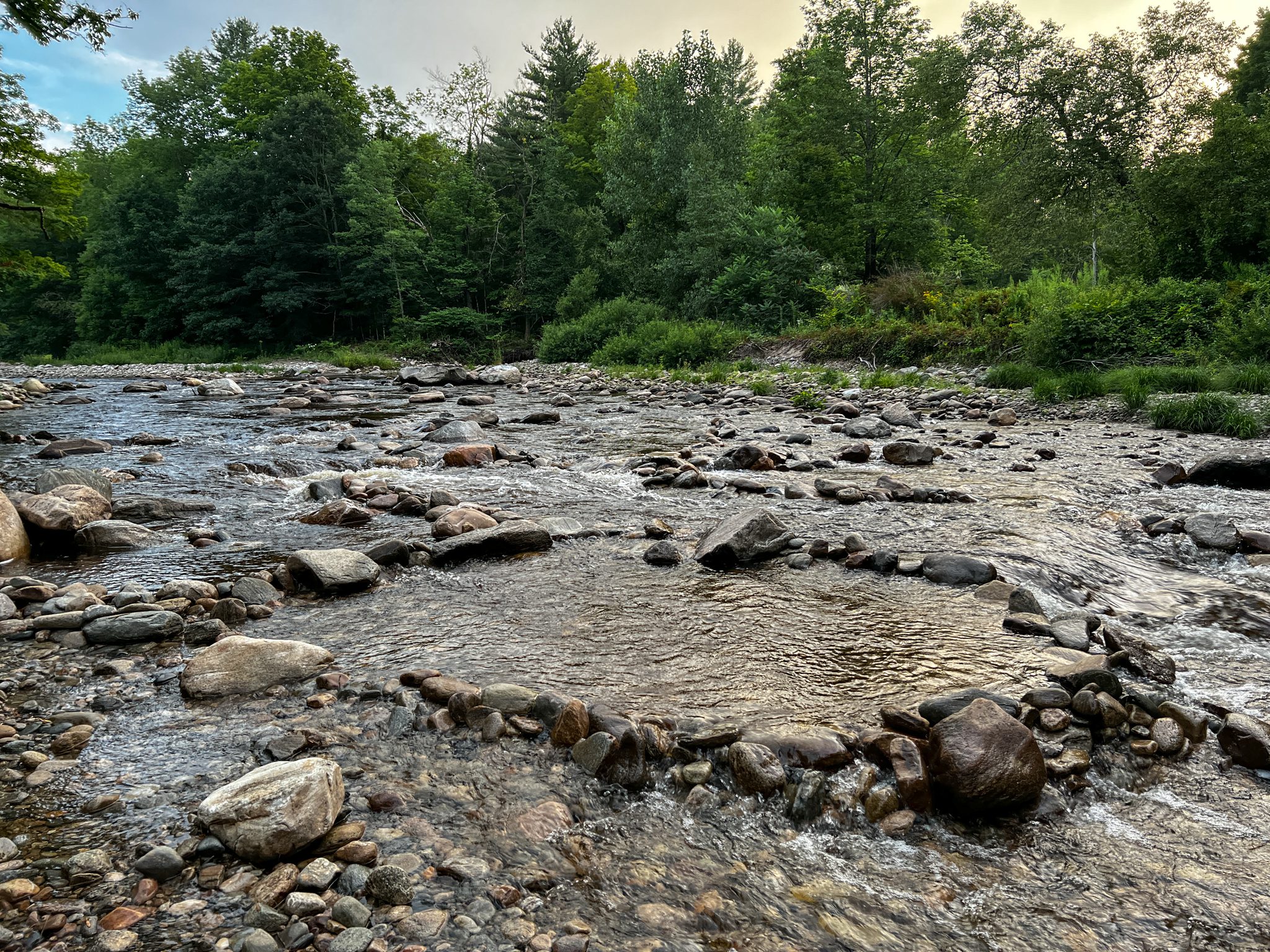 My next stop was a one-night stand at Lake Bomoseen KOA, halfway between Winhall Brook and Burlington, VT. On the way, I made a supply run to the Walmart in Rutland, grocery stores being few and far between in this stretch of the country. As I came out and walked towards my rig, I had to admire the very New England look across the street. Just for the record, Rutland not only has a Walmart, it seems to have a lock on all the chain stores, from Dick’s Sports to BB&B, as well as all the fast food drive-throughs (none of which I visited!). 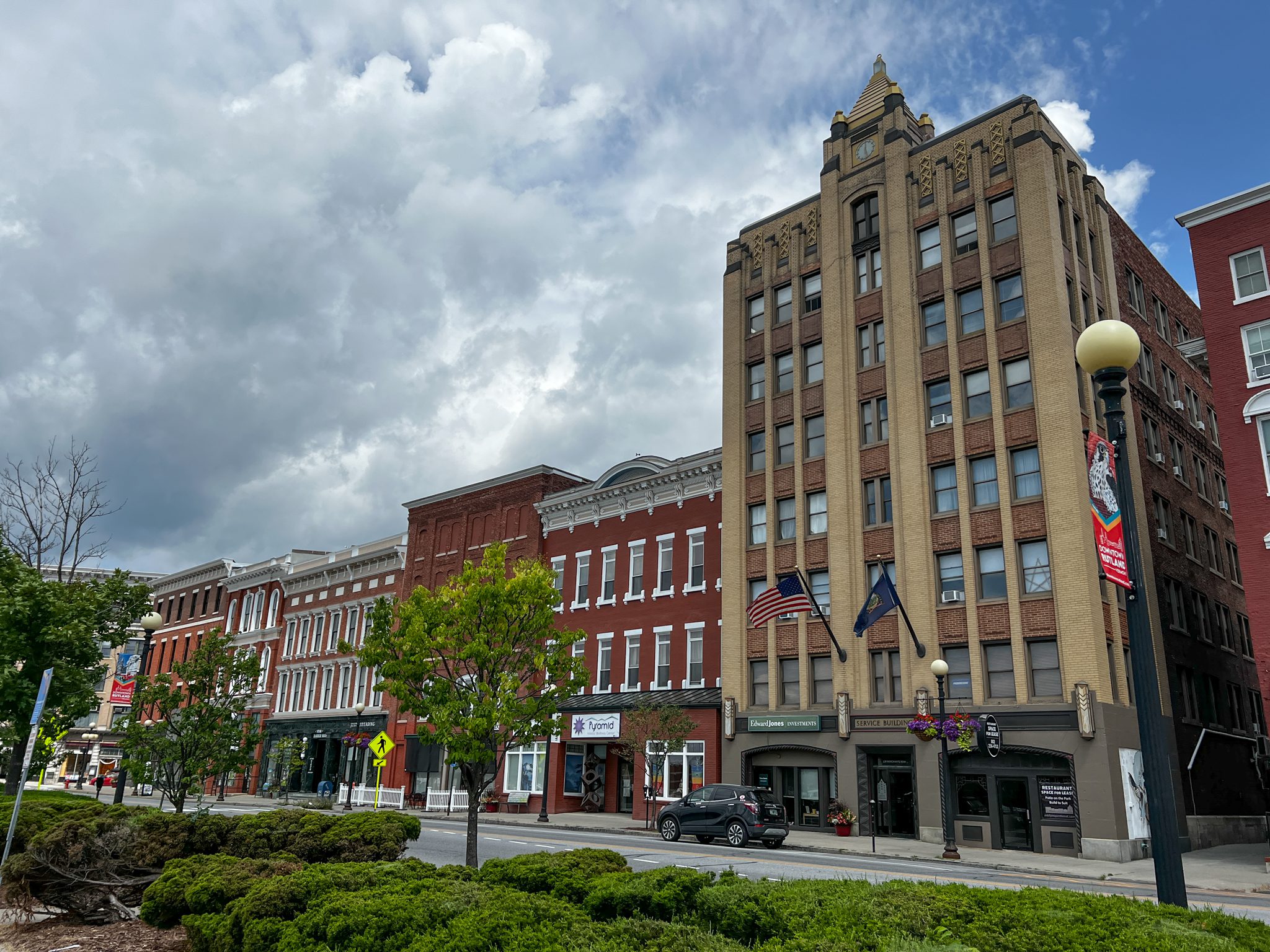 I stayed for a week at Shelburne campground, a family-owned RV park with nice big spots and good landscaping between sites, so there’s a decent amount of privacy. Nice bathhouse and they even had recycling at the dumpster stop. I did the tourist thing here, from the Shelburne Museum to an afternoon out on Lake Champlain in Burlington and catching up with old friends Tom and Linda over a long lunch one day. 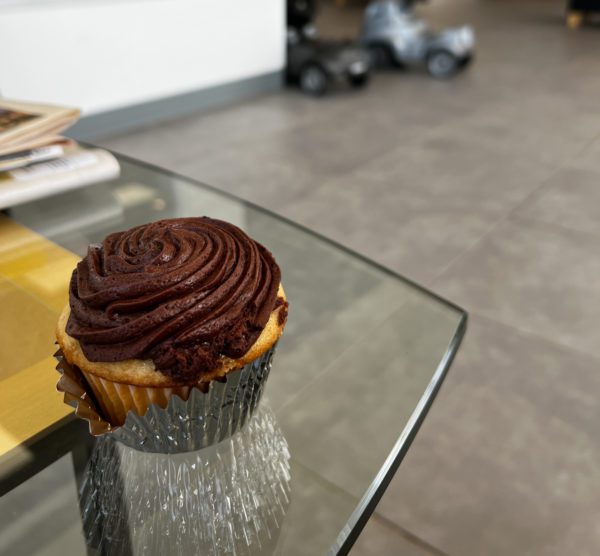 Sometimes the life of a vagabond involves chores, and one of them in Burlington was giving my Honda Ridgeline spa day. While I was sitting in the waiting area, a very nice man came by with freshly baked cupcakes, and, of course, I took one. When I stopped on my way out to thank him, he was nowhere to be seen so I asked the woman at the desk to thank him. She said he’d won several hundred thousand dollars in the lottery the previous night and so after bringing in the cupcakes he’d already baked, he went home to celebrate!

After that nice longish stay near Burlington, it was time to head south, with two nights at the Quechee Gorge KOA. The Gorge (which thankfully the locals do NOT call a canyon) was beautiful and the bridge over it has very thoughtfully located cutouts in the wire fence that provide picture-taking opportunities. The other thing to do around Quechee is visit the Simon Pearce glass-blowing workshop and store. The things in there were so beautiful but (a) I live in a tiny trailer and (b) I am not rich. So I contented myself with buying a hand-blown whiskey tumbler, which is just the right fit for my smallish hand. 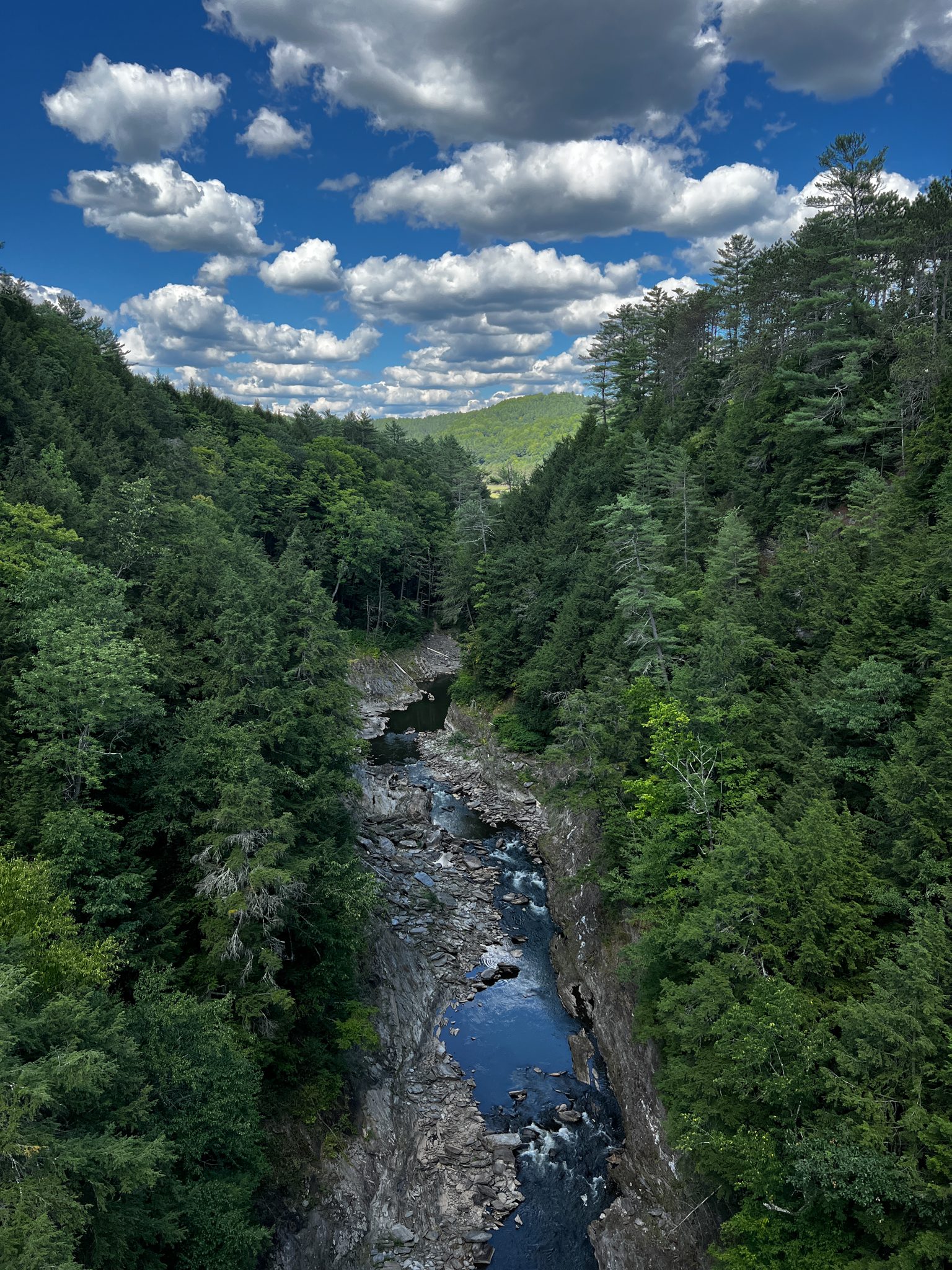 Then, it was more back roads back down to Massachusetts, just north of Worcester. My Garmin RV GPS and Google Maps couldn’t quite agree on the best route, so at one point I ended up on a narrow street and encountered an overhead railroad bridge that had no sign indicating the clearance height. I’m not good at estimating, so I decided the better move would be to turn around and get back to the bigger street I had been on and look for another way to go. I pulled into a big dirt yard between a house and a business building and spent the next five minutes doing a multi-point backing exercise to get to where I could back out onto that narrow road heading the opposite direction. Thankfully, a nice driver saw me doing the final backing move onto the actual street and stopped to let me finish and then head out. I’d never done a backing maneuver like that, and I kind of hope I never have to again!

I stayed at Pine Acres Family Campground, yet another private RV park on this leg, located in Oakham, MA. It was huge, with (predictably enough) lots of families, but I got lucky with a pretty secluded spot and no one on the door side of me. I spent most of the week hanging out with one of my oldest friends, and we did everything from kayaking to the Worcester Museum to a Friday night celebration marking exactly six years since I’d retired from full-time working for a living.

My friend has a horse, and that horse’s barn is right across the street from this tree, which you might not think is anything special… 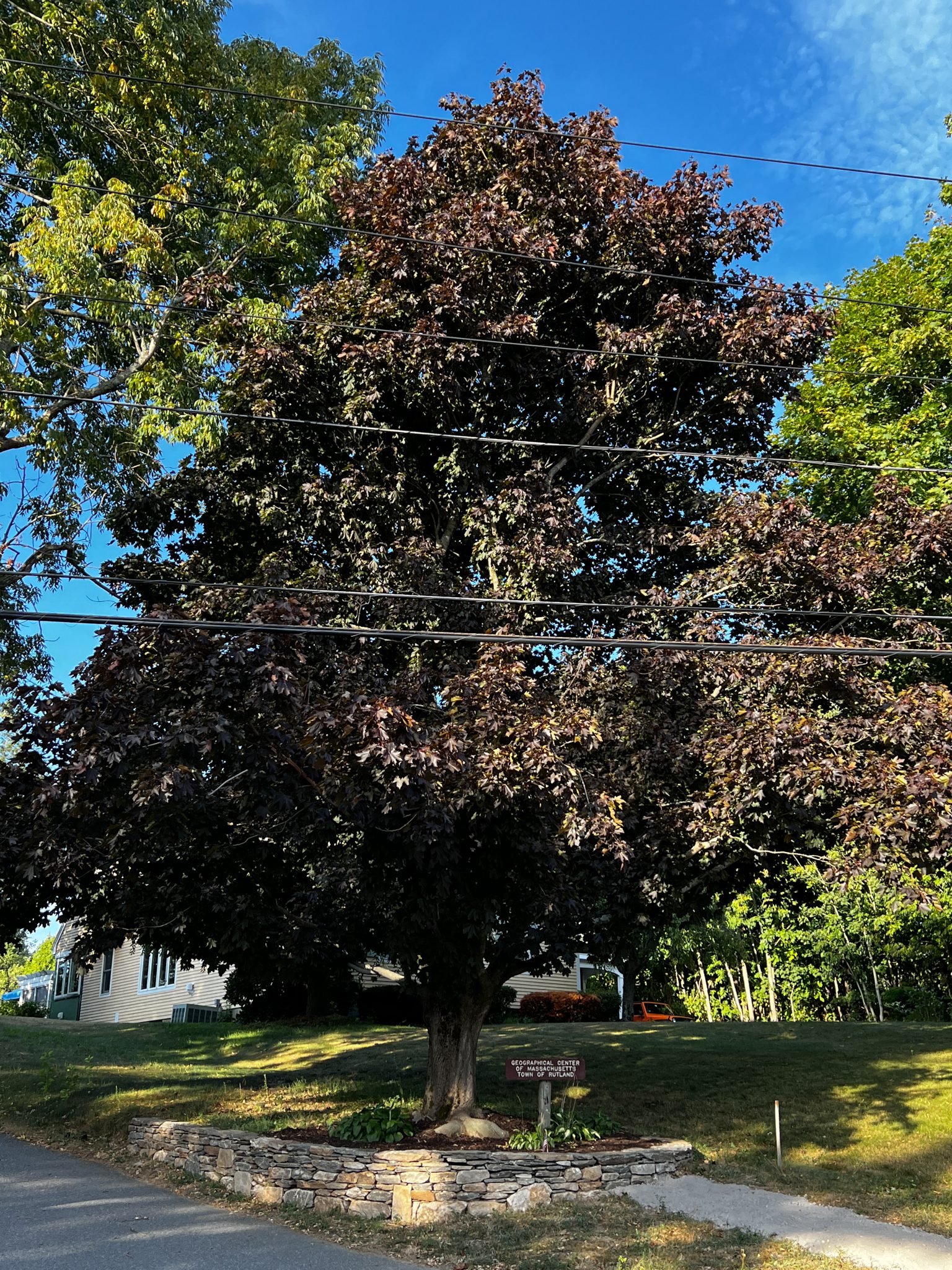 I was really surprised how nice downdown Worcester had become since I moved west at the turn of the last century. This photo kind of captured to me how cool the place was, and also I couldn’t resist those clouds and reflection. 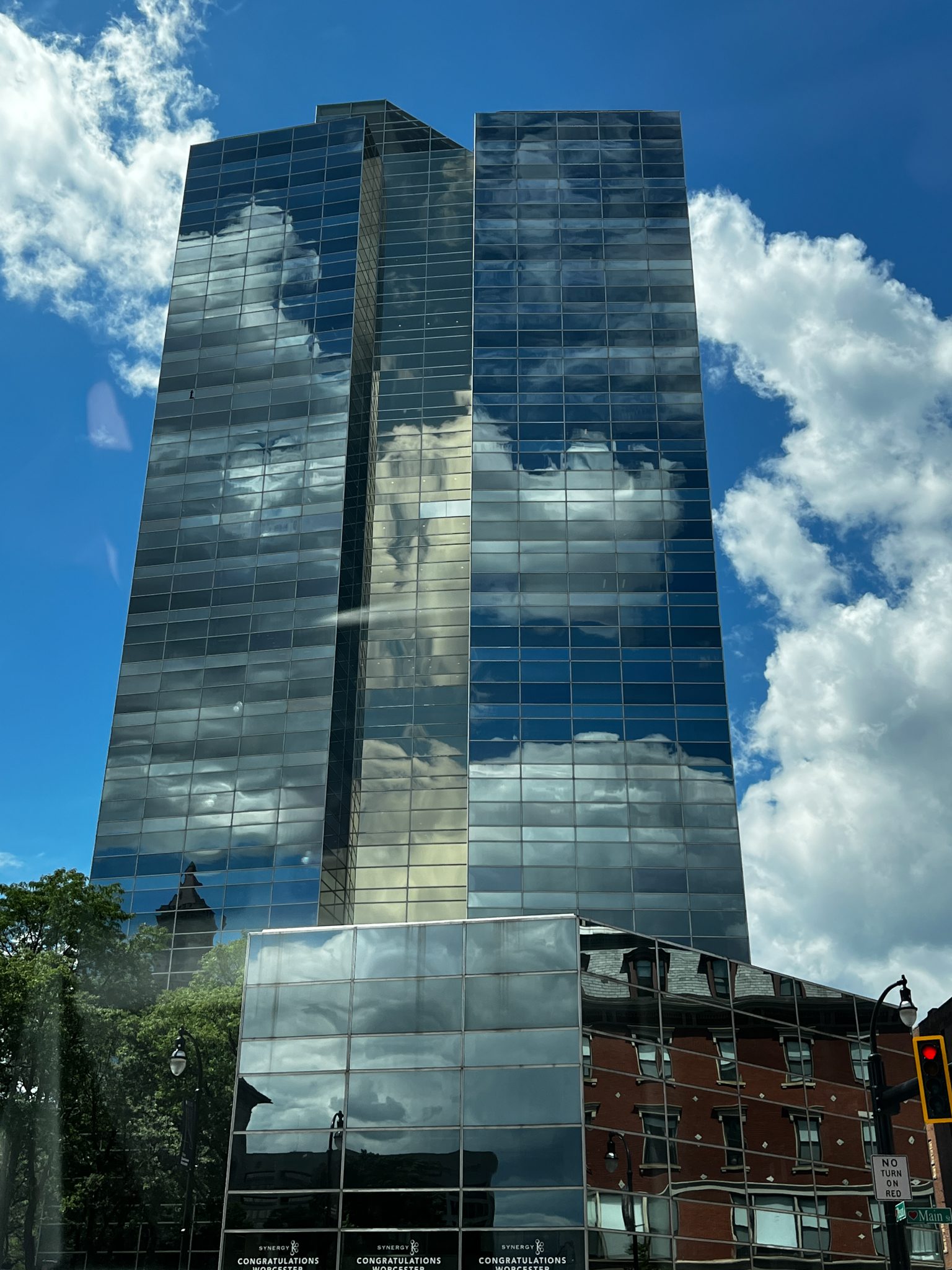 After a week of socializing more than I had in weeks, I took a rest stop at another US Army Corps of Engineers spot, West Thompson Lake, just over the border in northern CT. It was close enough to drive to Providence, RI, a few times, and also catch up with friends who live in Attleboro, MA. To get to their house, I went through three states in less than an hour: CT, RI, and MA. For someone who grew up in SoCal, where you had to drive about 4 hours to get to the nearest state, I still enjoy driving multiple states in such a short time!

I thoroughly enjoyed Providence, from Waterfire to another boat cruise, where I saw some lovely tugboats docked between gigs. 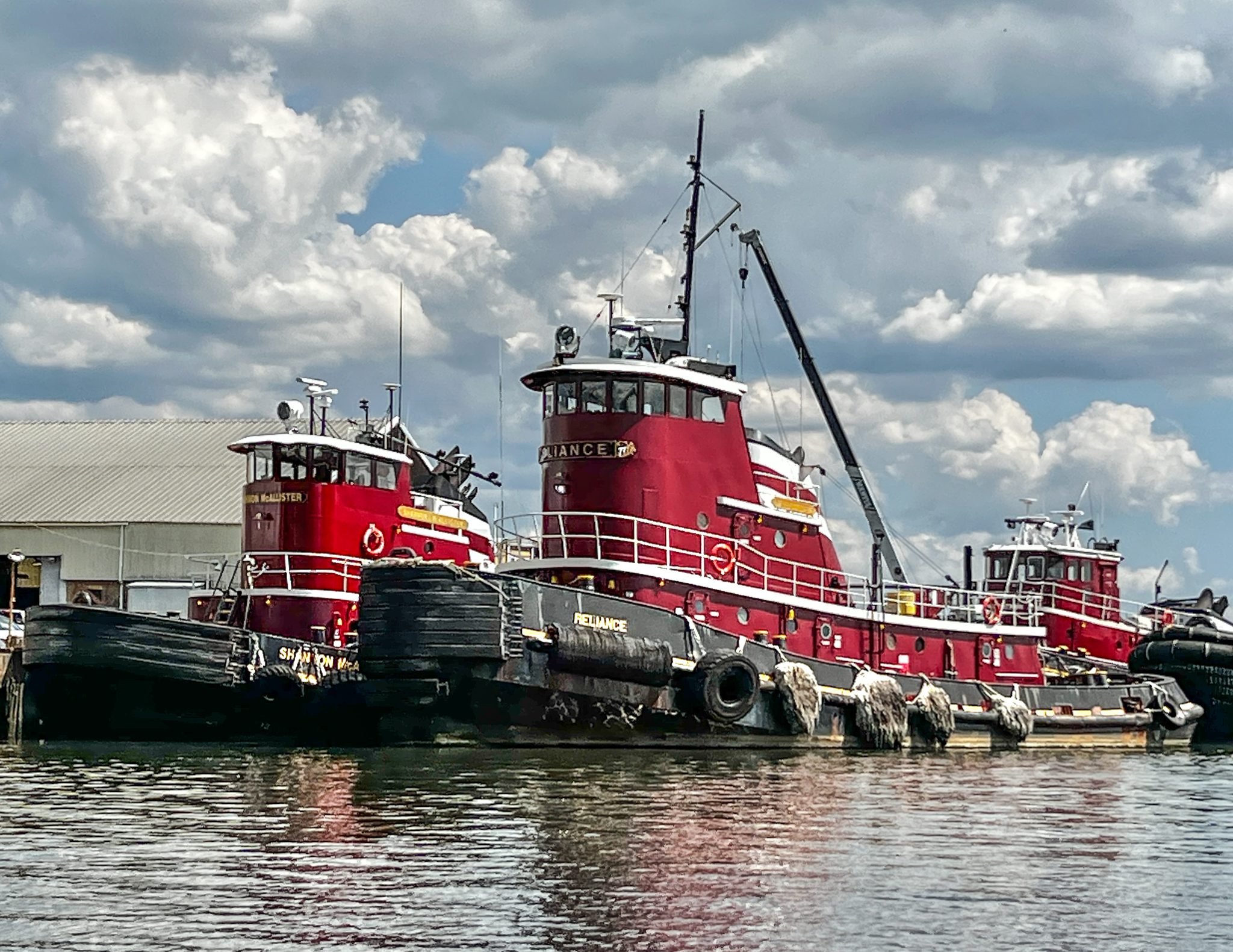 At the very end of the month, I slid onto Cape Cod, where I had a driveway surfing spot reserved with my friend from Clearwater days. I last visited her five years ago, when I was getting physical therapy on my broken-but-healing hand and also a colonoscopy. This time, I plan on less medical adventures and more beach adventures. 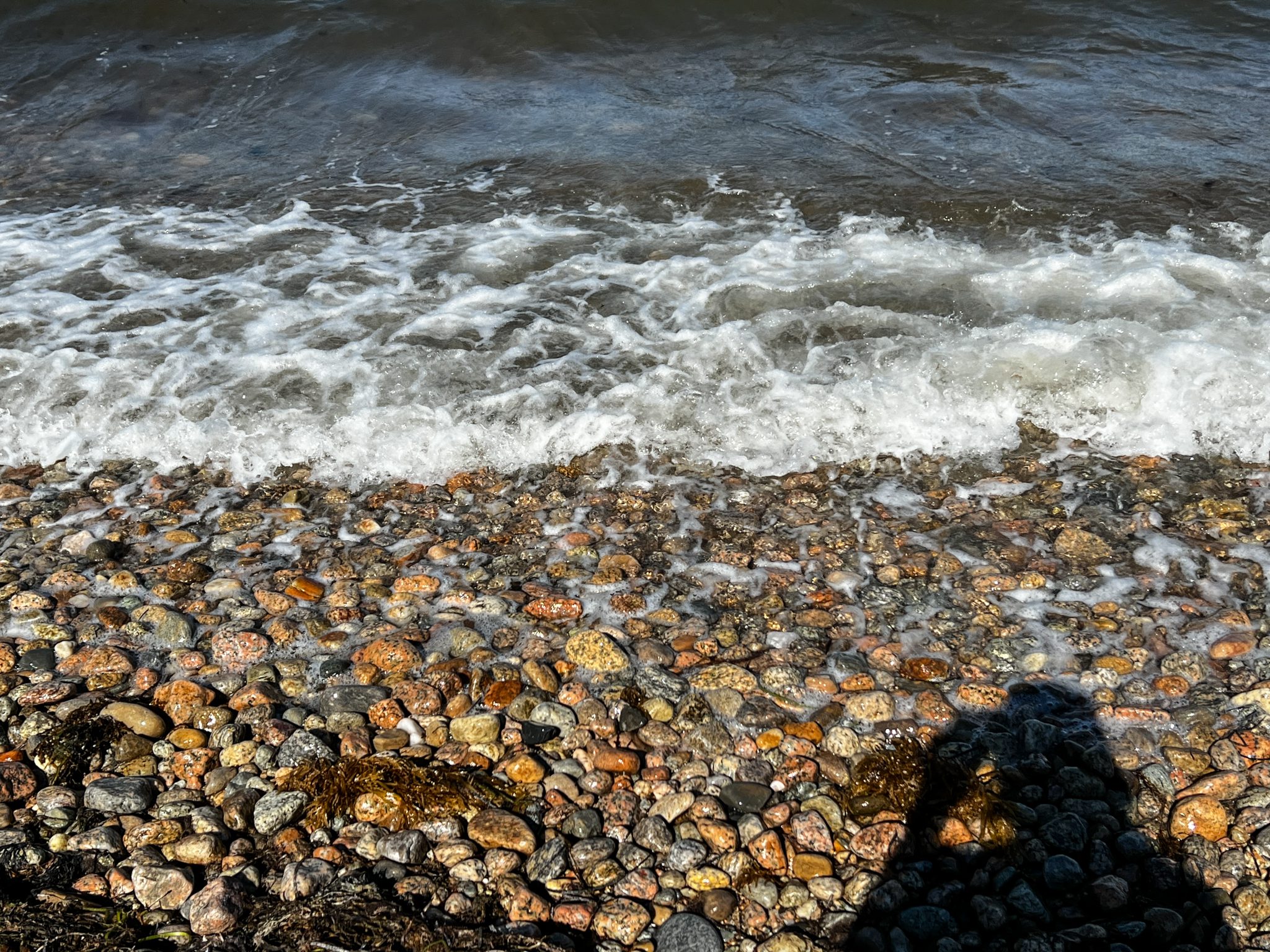 There is a time in the last few days of summer when the ripeness of autumn fills the air, and time is quiet and mellow.