Another city, another fun museum to explore. This time around, we’re in Worcester, Massachusetts, home to Worcester Polytechnic Institute (WPI), a Triple-A minor league team (go, WooSox!), and the Worcester Art Museum, where an armored dog greets you as you begin your tour. 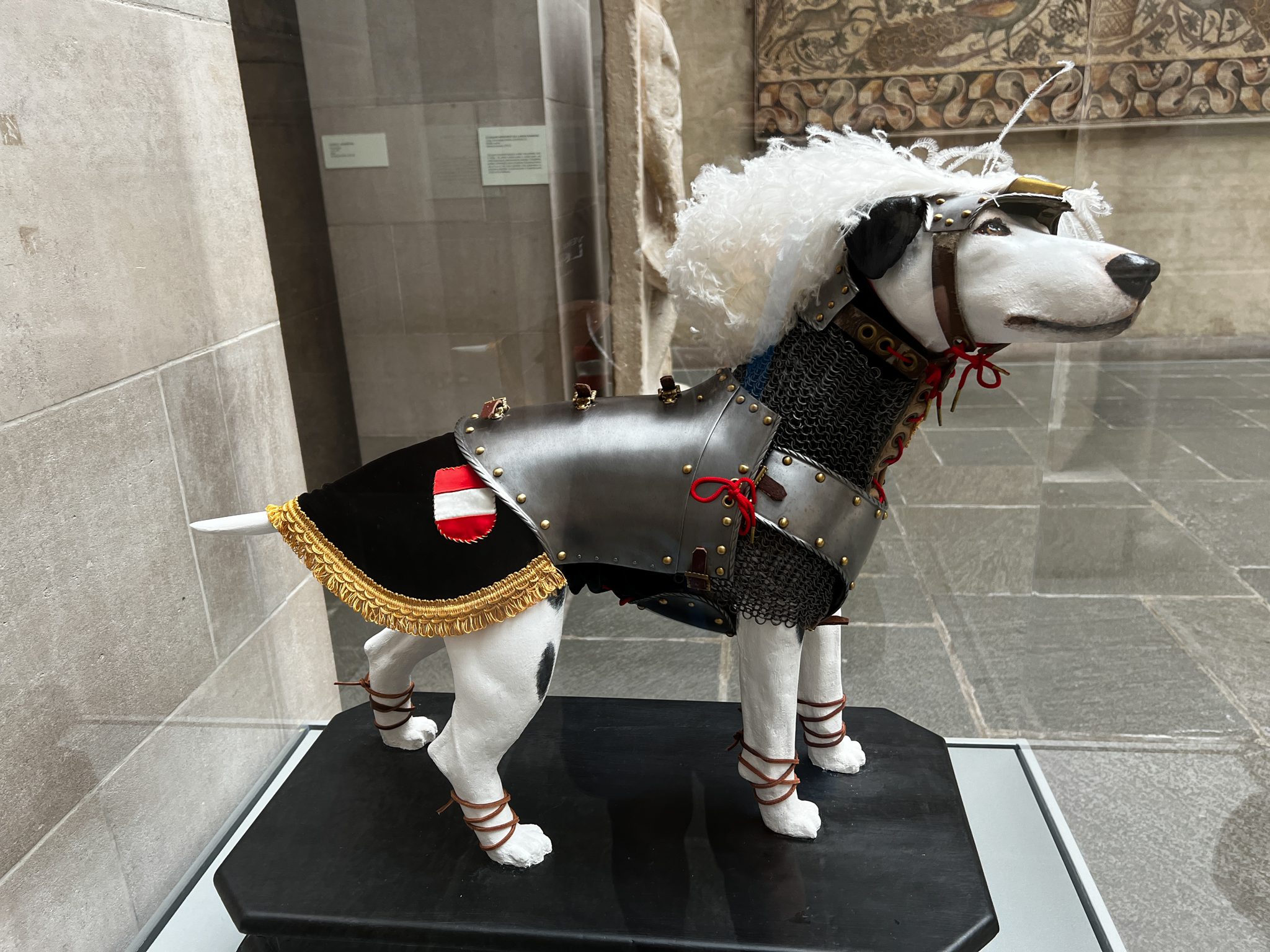 Meet Helmutt, the armor-wearing mascot of the museum. Leonard Heinrich, the armorer at the Metropolitan Museum of Art (now *that* is a job title!) crafted this outfit in 1942 based on 1500s-era boar hound armor. This is no record of how much the boar hounds enjoyed this sort of thing. A better question, and one I can answer, is why is this dog in the museum? Because for 7 decades, Helmutt was the official mascot of the Higgins Armory Museum in Worcester.

Since 2014, the John Woodman Higgins Armory Collection has been part of the Worcester Museum. It’s the second largest arms and armor collection in the USA, so the museum showcases some really interesting items. The photo below shows a typical German joust outfit in the (European) Middle Ages.  There are 12 pieces in this ensemble; see if you can find all 12! I found it fascinating to figure out how each piece worked to either support the jousting lance or to protect the wearer. 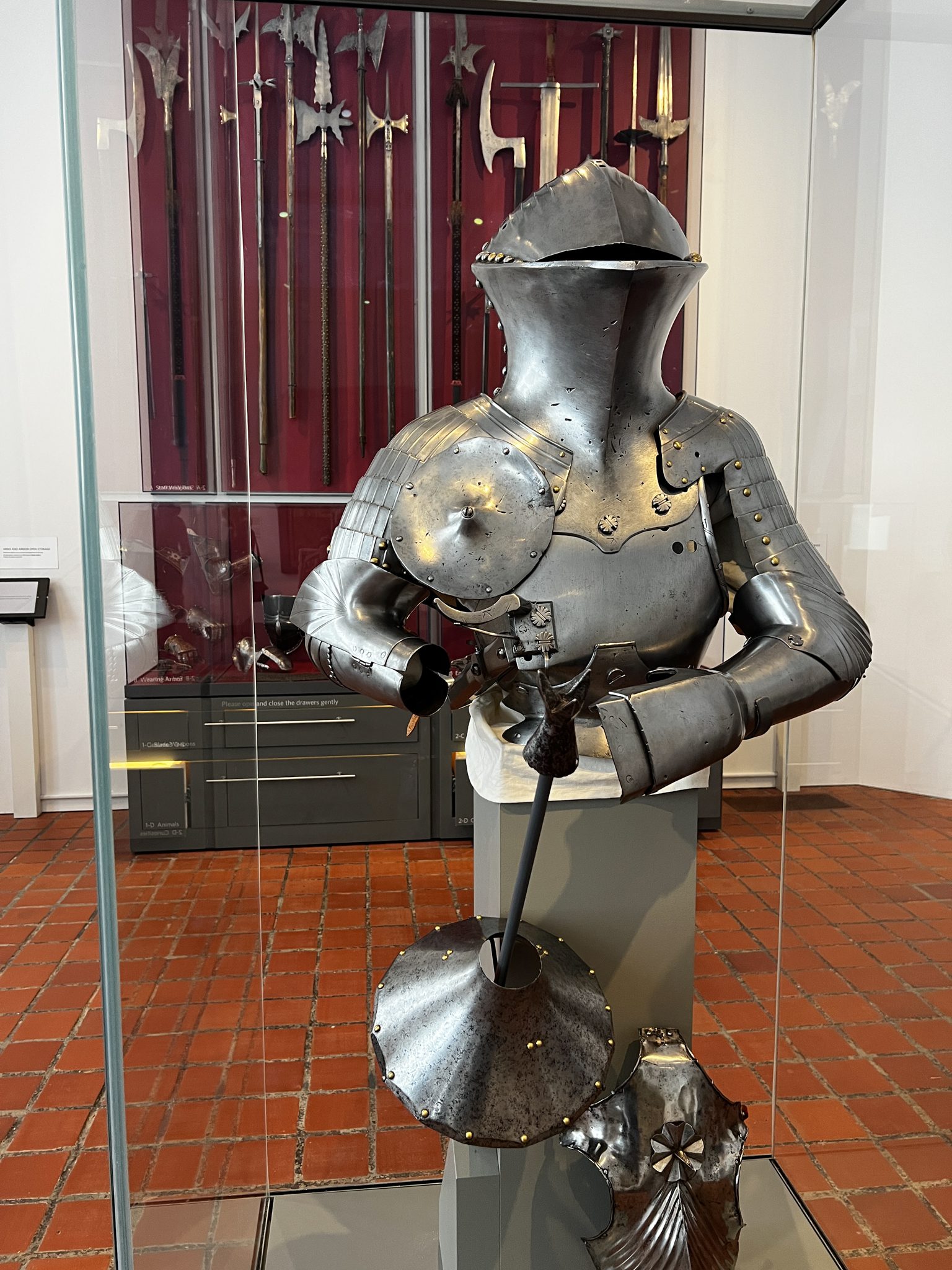 If you want to read more about this particular piece, here’s a link to composite German joust set. And if you want to check your count of 12 pieces, there’s a breakdown of the joust set.

In the same area of the museum was a small collection of mostly English stained glass. I loved the old setting and on a very hot day, this place was incredibly cool (both in temperature and in composition). The window was a typically English thing, made in the late 1800s from older glass (older windows) created stained glass made in the 1300s–1500s. I’m a sucker for old-school stained glass windows like this. 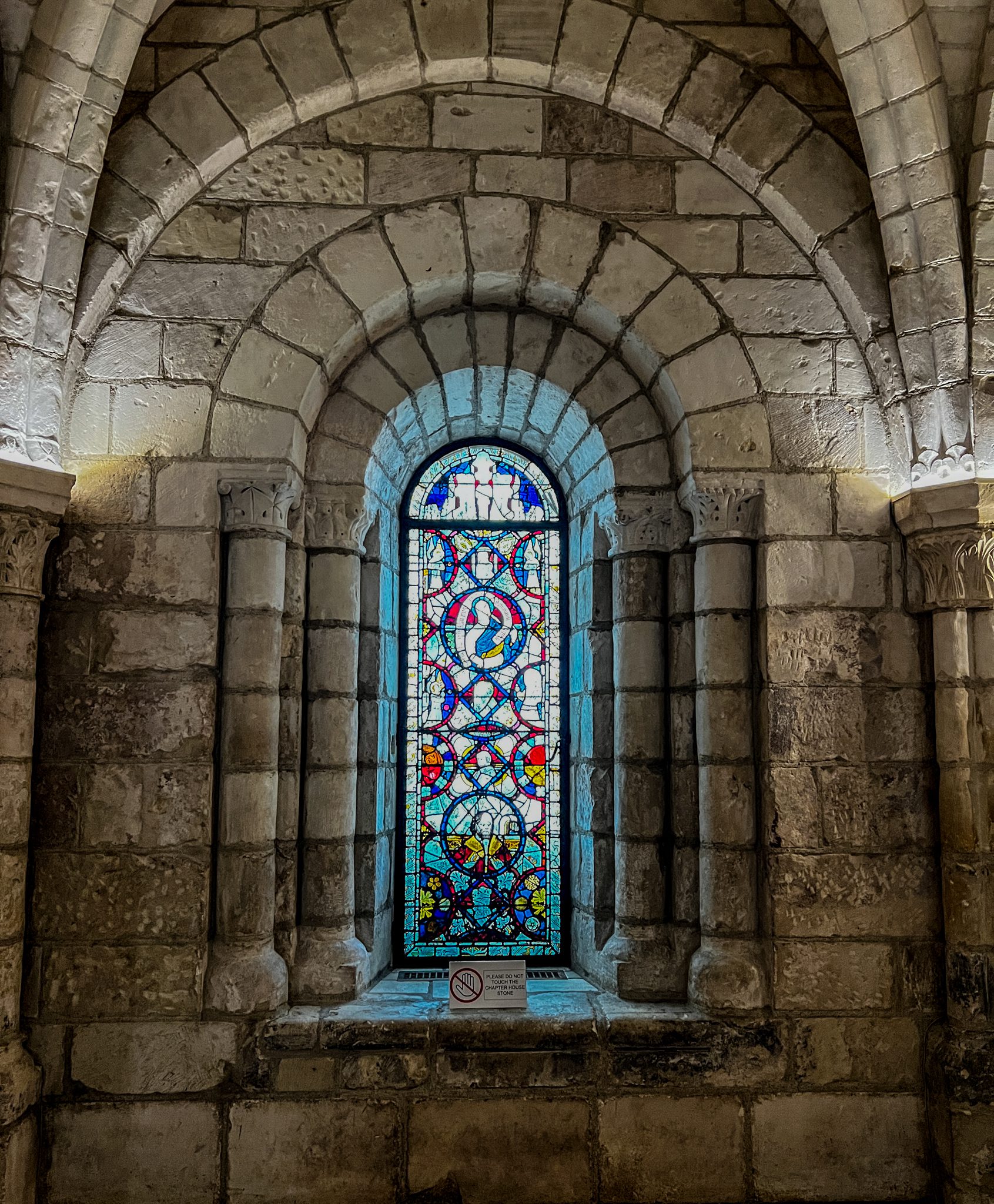 The special exhibit when I was there (mid-August 2022) was Jewels of the Nile. Some pretty interesting things in that exhibit, including this necklace that would not have looked out of place on sale at the local farmers’ market. Just so you know I was reading the descriptions, the beads with the lines are called melon beads (because they do like like really small melons!) and the necklace was made somewhere between 1539-1077 BCE. Also amazing is how well the color has lasted for, over 3000 years and it still looks amazing in person. 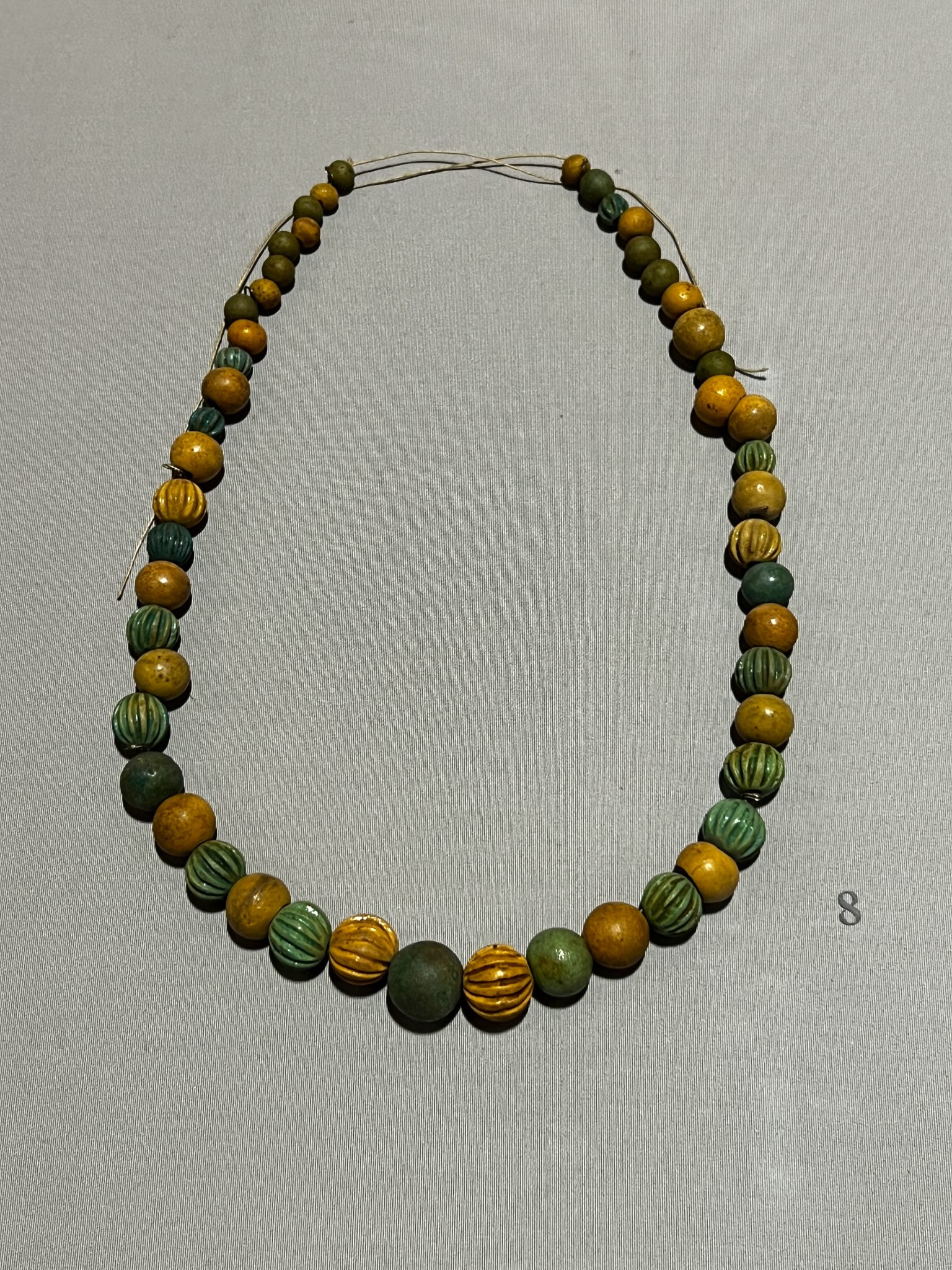 In the modern art gallery, there were some interesting pieces but for some reason, no photos allowed on that floor. Go figure. I snapped one, and got yelled out for taking a photo, although there were literally no “Don’t take photos here” signs on display so I guess you’re supposed to be a mind-reader.

Photos were allowed everywhere else, so I snapped this Kandinsky because you can never go wrong with a Kandinsky in my book. He was 70 when he painted this and so he becomes another “old doesn’t mean a thing when it comes to making art” inspirations for me as I move through my 60s.

We only spent an hour or so at the Museum, thanks to a gimpy leg on my part. I could see going back often if I lived nearby, and that’s exactly what inspired my museum-going companion to sign up for a year’s membership. If you have a museum within an hour’s drive, are you a member? Think about supporting the arts, they need all the help they can get (well, except for maybe the Met in NYC…)

One eye sees, the other feels.