I had heard of the Grand Staircase – Escalante National Monument, but I did not know why it was called that and I didn’t really understand the importance of the place. As I drove the Hells Backbone Road at the northern end of the National Monument, I could see for miles and miles, no civilization except the road I was on. I wasn’t the only one pulling off at every scenic viewpoint, trailer in tow, to try and capture the expanse before me. 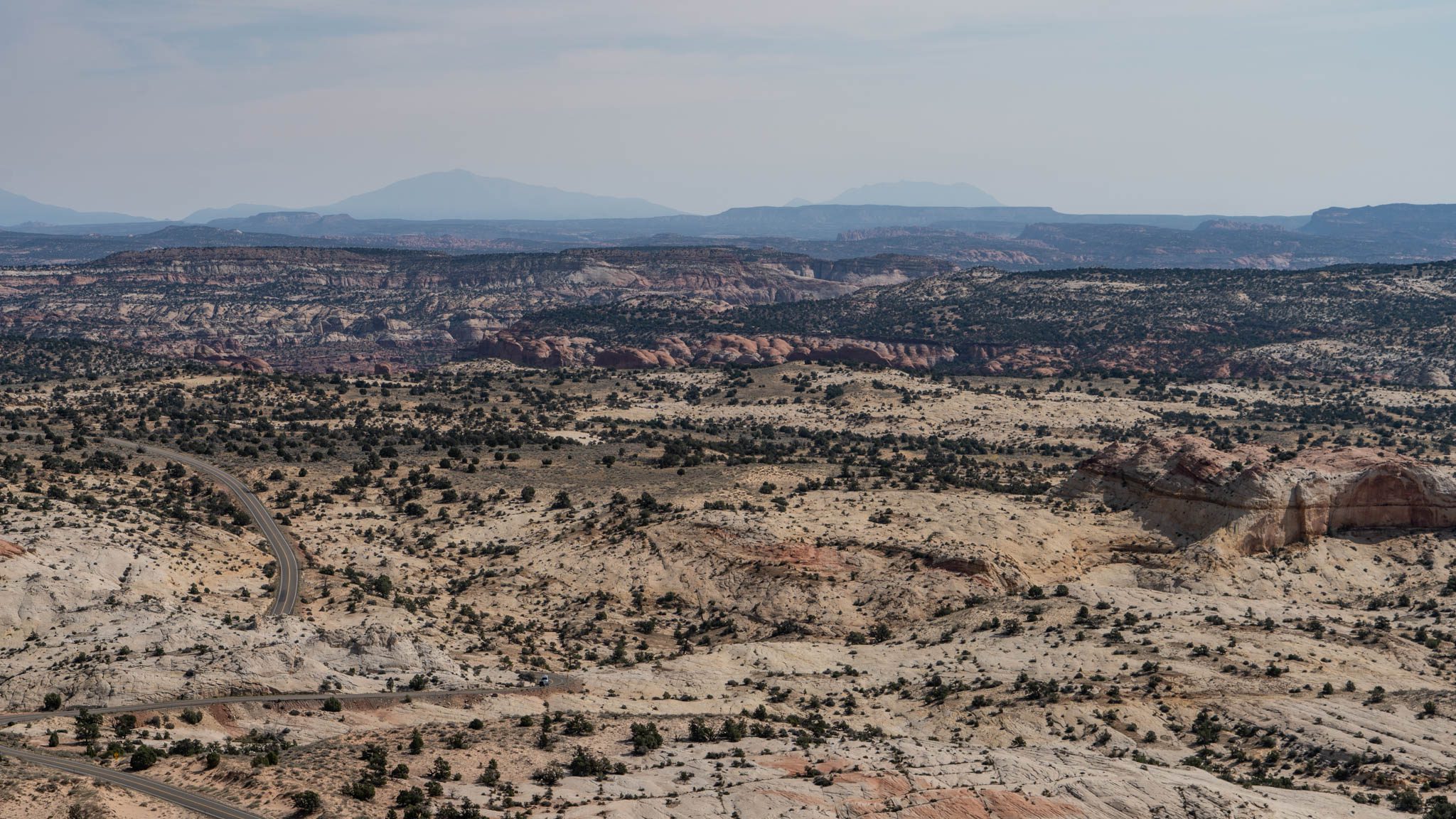 From the Grand Canyon at the southern end, to Bryce Canyon at the northern end, the Grand Staircase is a huge and amazing geological feature. It is the most complete sequence of sedimentary rocks in the world, built up from lakes, inland seas, swamps, deserts, and forests that each had their place in the geological timeline that is the Colorado Plateau and surrounding area. It’s 525 million years of geology in one place and it’s pretty freaking amazing when you realize that. 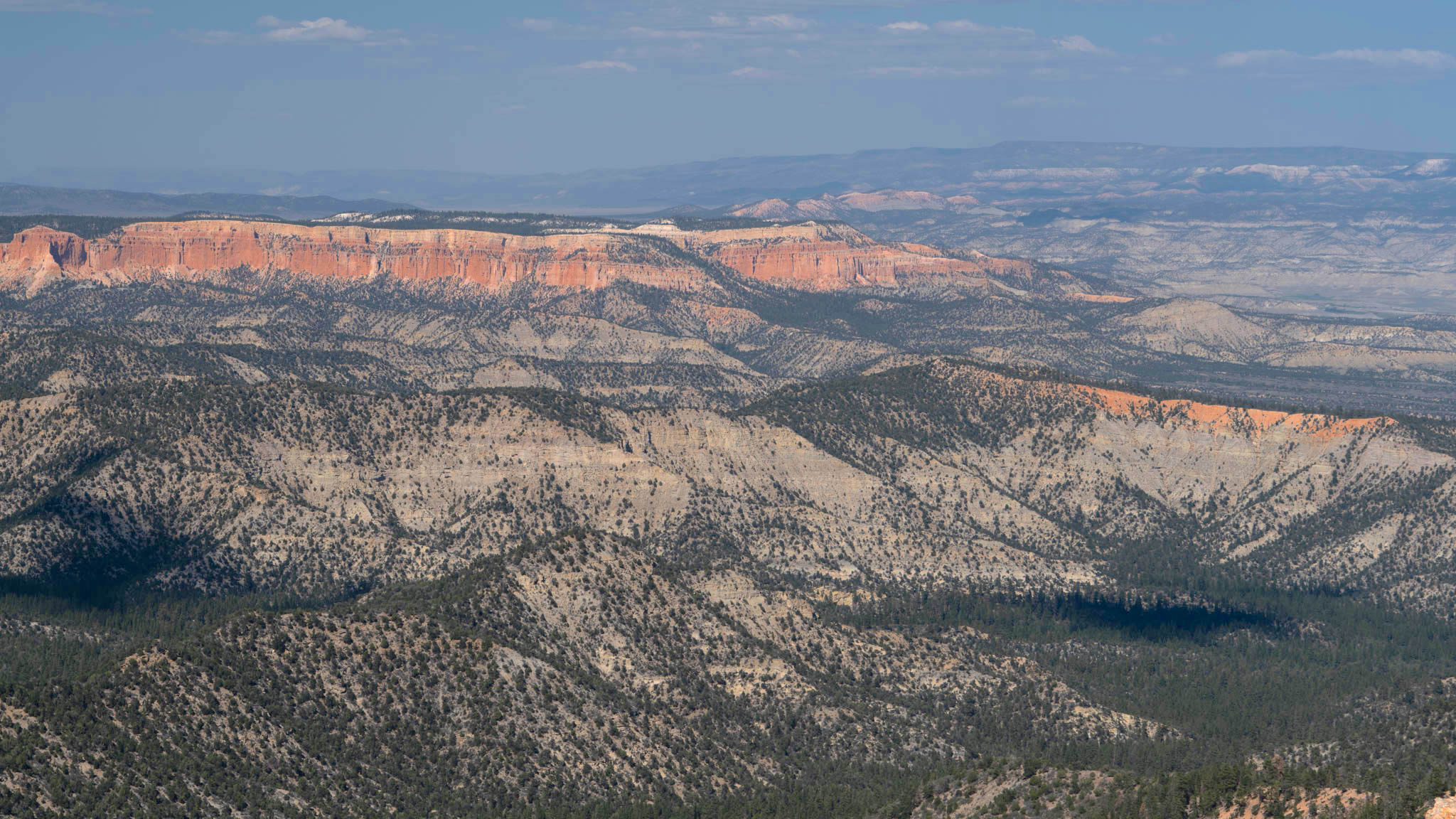 As I was driving south from Zion National Park to the north Rim of the Grand Canyon along Route 89A, I happened to look out my window. And immediately started searching for a pullout where I could stop and take some photos. Look at that, it’s literally a huge part of the Grand Staircase right there, out in the open, with people driving by and never giving it a second glance. Yikes.

The steps in the staircase are, from top to bottom (north to south):

As I left the Grand Canyon and drove north then east towards Lee’s Ferry, Arizona, I drove right along the southern edge of the Vermillion Cliffs. They are gorgeous things and I could have taken a million photos of them and not had enough. 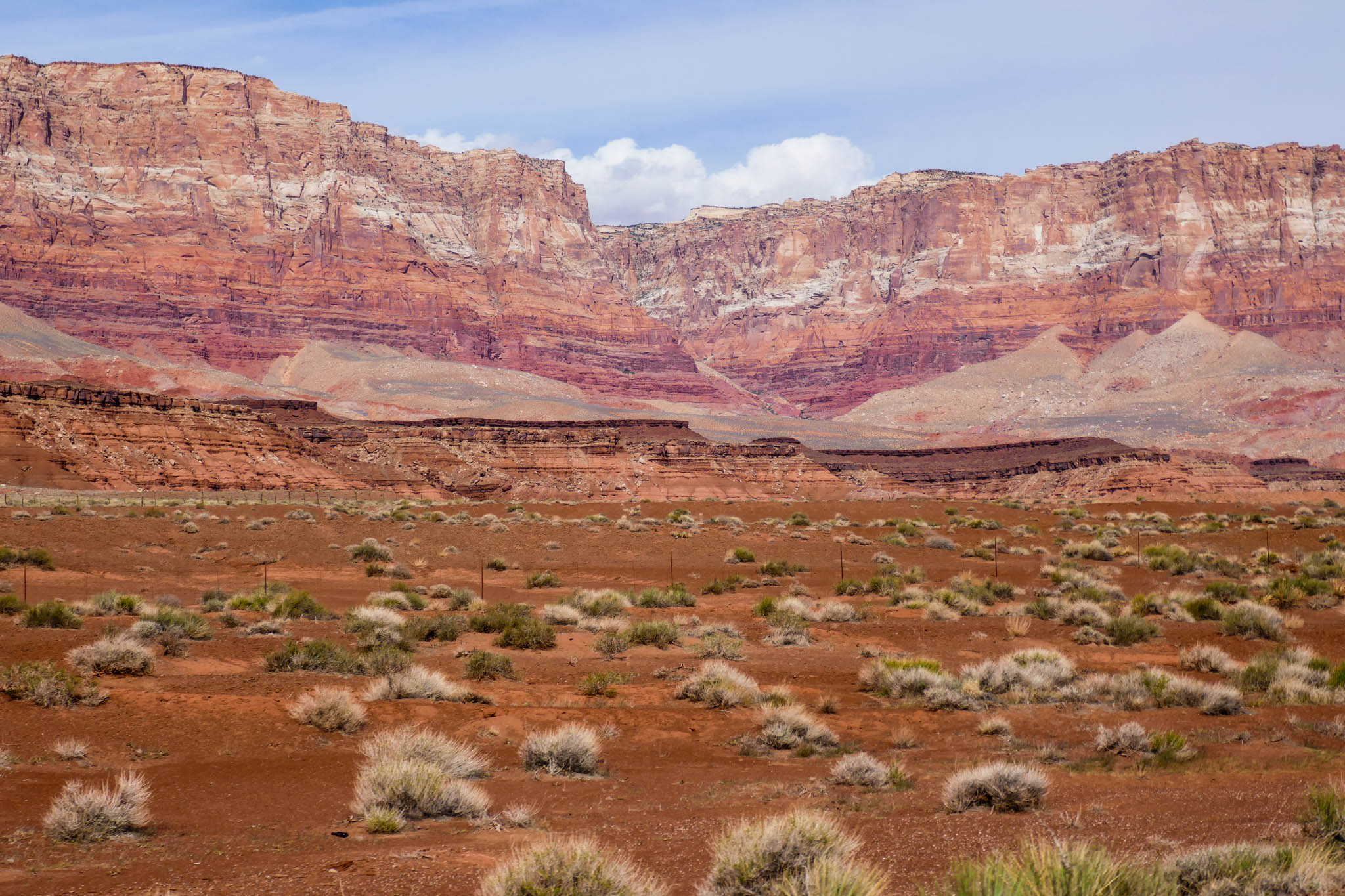 After turning into the road to Lee’s Ferry, the views of the Vermillion Cliffs got even more amazing. 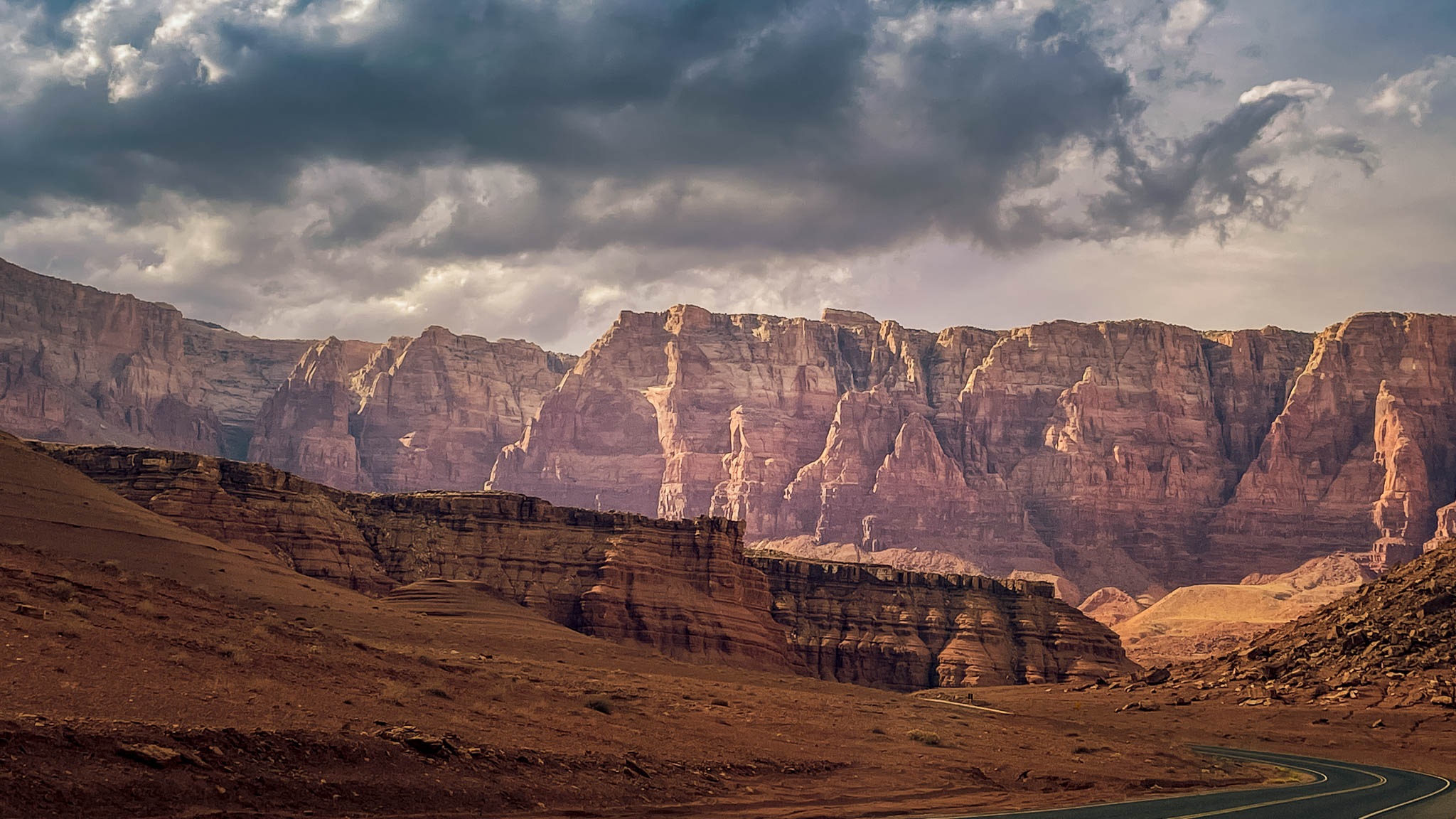 How Big Is It? 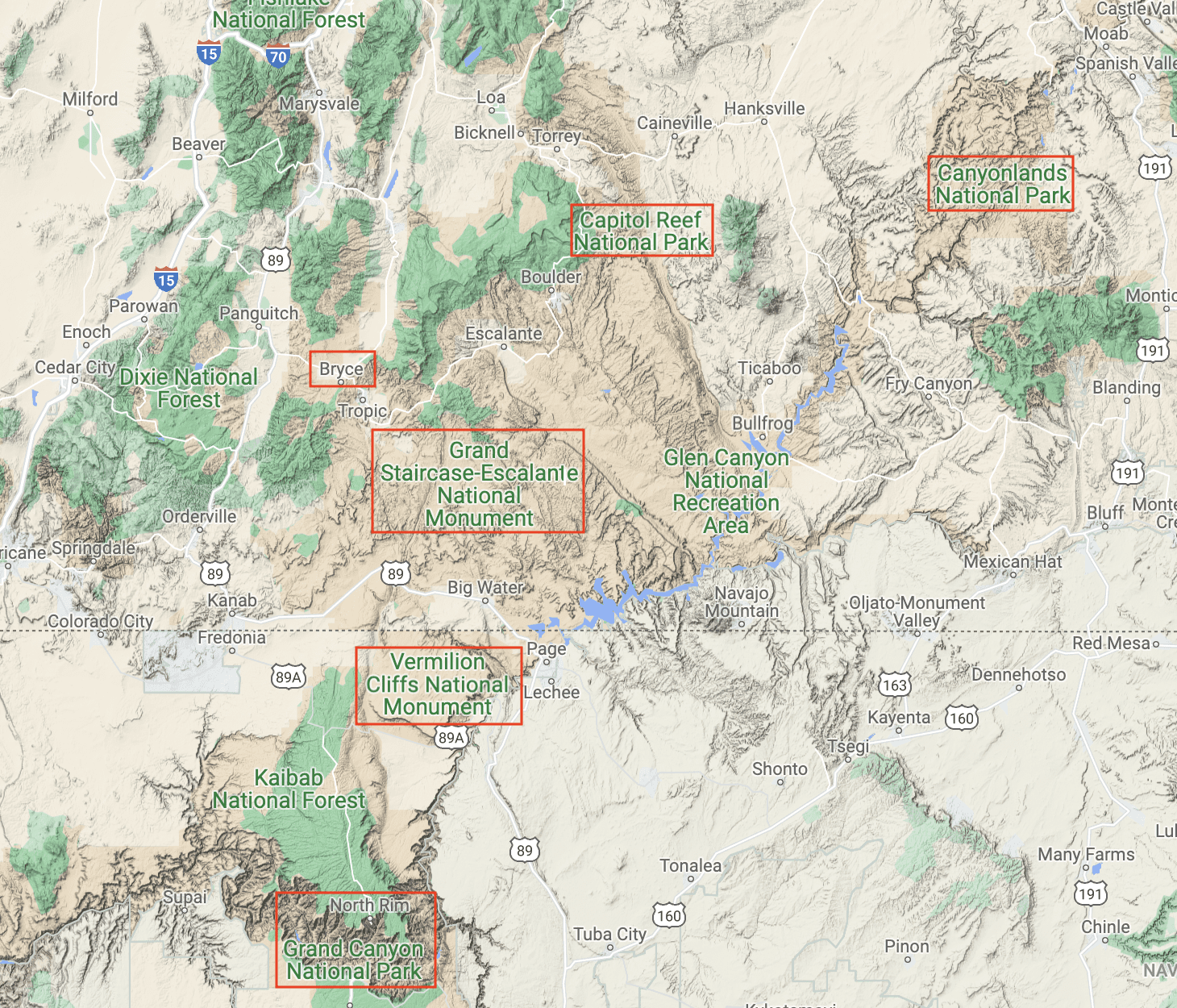 How Old Is it?

OK, one last diagram showing the relative ages of the steps.

Sedimentation, lithification, uplift, and erosion: The four powerful processes that created all this beauty over the last 500 million years. Well worth the wait 🙂

…our parents and grandparents saved the Grand Canyon for us; today we will save the grand Escalante Canyons and the Kaiparowits Plateaus of Utah for our children. Sometimes progress is measured in mastering frontiers, but sometimes we must measure progress in protecting frontiers for our children and all children to come.