While I’m still sorting through my photos and thoughts from the big fall trip, I’ll share one of my stops after that trip ended.

I heard about Lee’s Ferry from a fellow Alto owner (thanks, Alissa, for that post). When the weather turned wicked cold up at the Grand Canyon, I decided to leave a day early and check it out since it would be lower elevation (so warmer) and also split the 180 miles into two days of much less driving per day, which always works for me.

What I didn’t expect was how stunning the land would be. 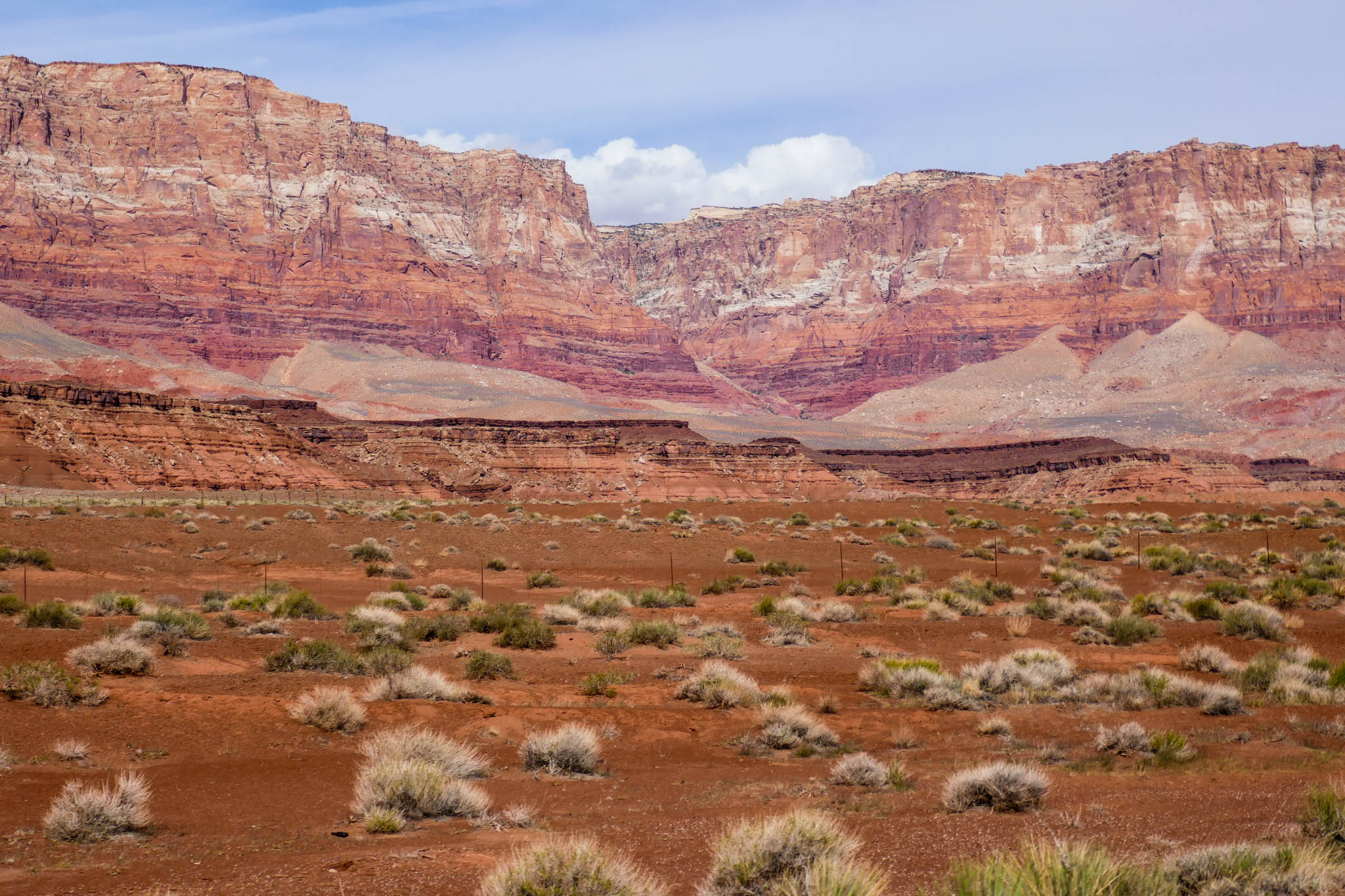 To get to Lee’s Ferry, you drive right by the southern boundary of the Vermillion Cliffs National Monument and then up the east side of it. That scenery alone made the drive a visual treat mile by mile. I think I pulled off at least a half dozen times to take photos, and then realized I might not get to the campground in time to get a first-come, first-served spot, so I hid the camera and focused on driving the rest of the way. 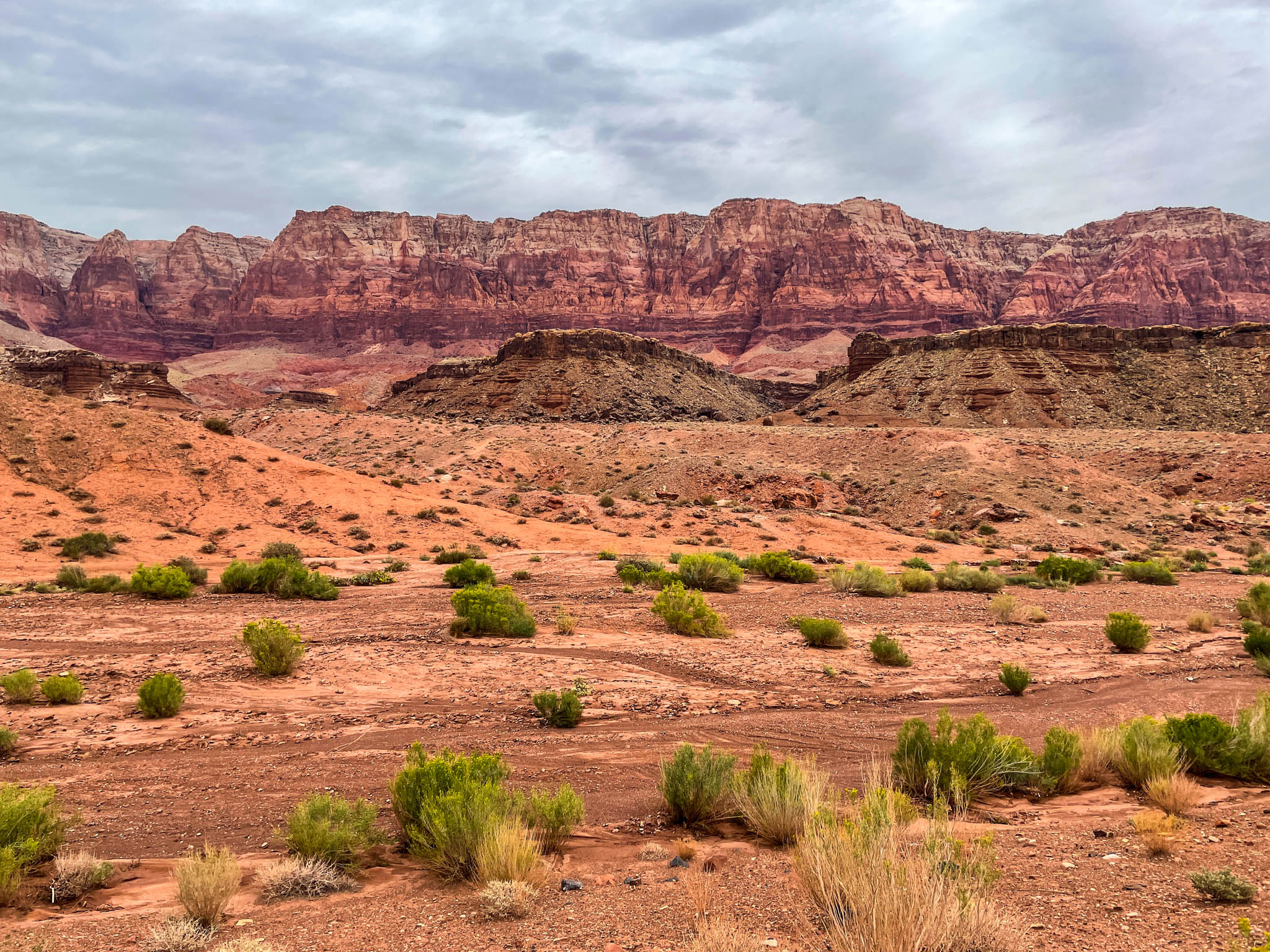 This was of the more “easier” crossings the Mormon immigrants used in getting from the midwest to the southwest. They didn’t have to carve passages through mesas or mountains. They just had to ferry people across the Colorado River, which in the spring could be a raging whitewater river, scouring the canyon walls with the snowmelt and water from as far away as the Rockies in Colorado.

Now, of course, the river has been dammed up at Glen Canyon, with water releases carefully controlled through Lee’s Ferry and on down through the Grand Canyon, and all the way down to the Gulf of Mexico. (We’ll dive into the complicated history of the Colorado more when I write about the Grand Canyon.) 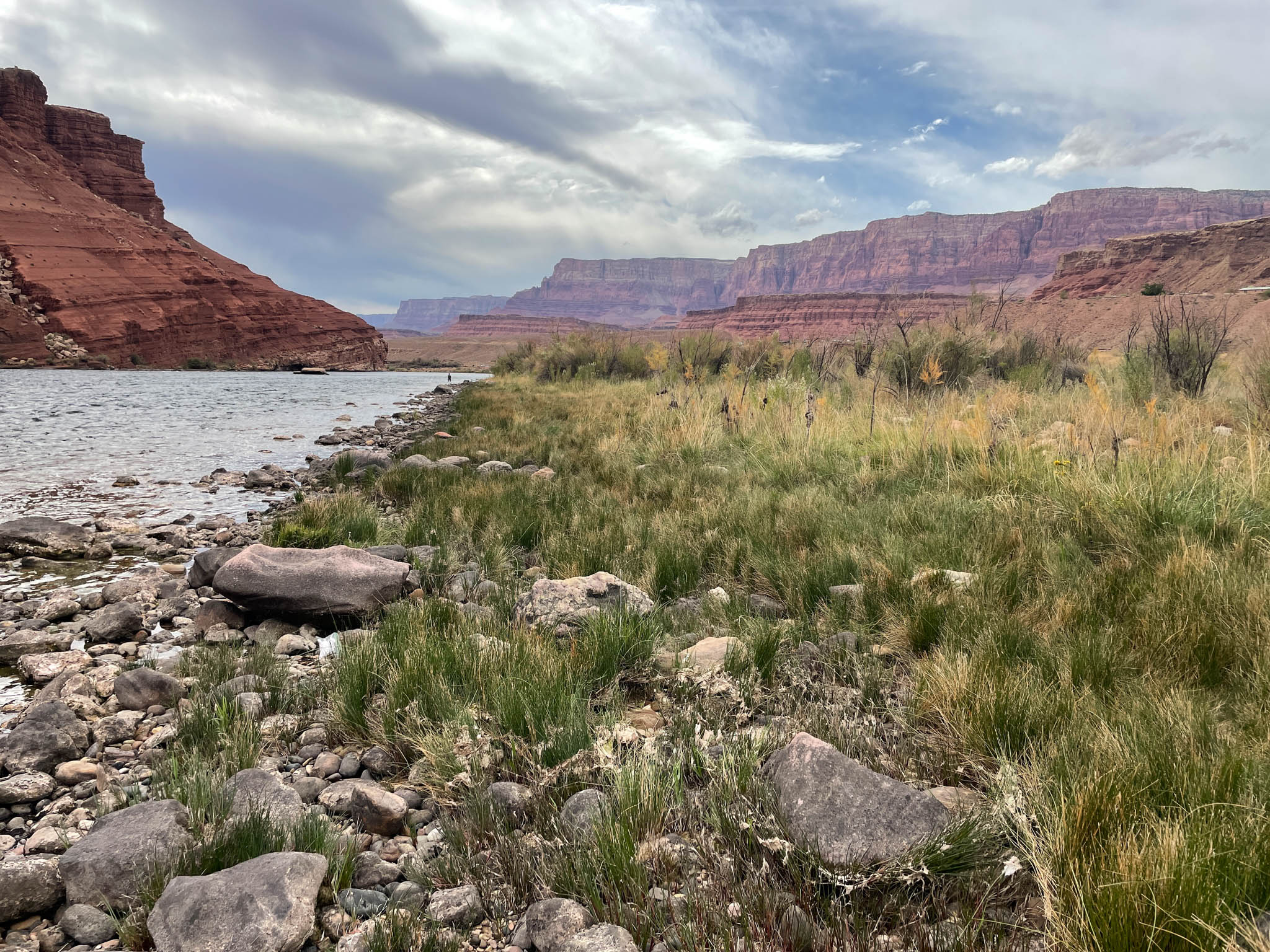 You have to work to get an interesting shot of the Colorado from Lee’s Ferry when the water level is low, as it was during my visit. Those are the Vermillion Cliffs on the right side, with Glen Canyon National Recreation Area encompassing the river and the mountains on the left side of the image. 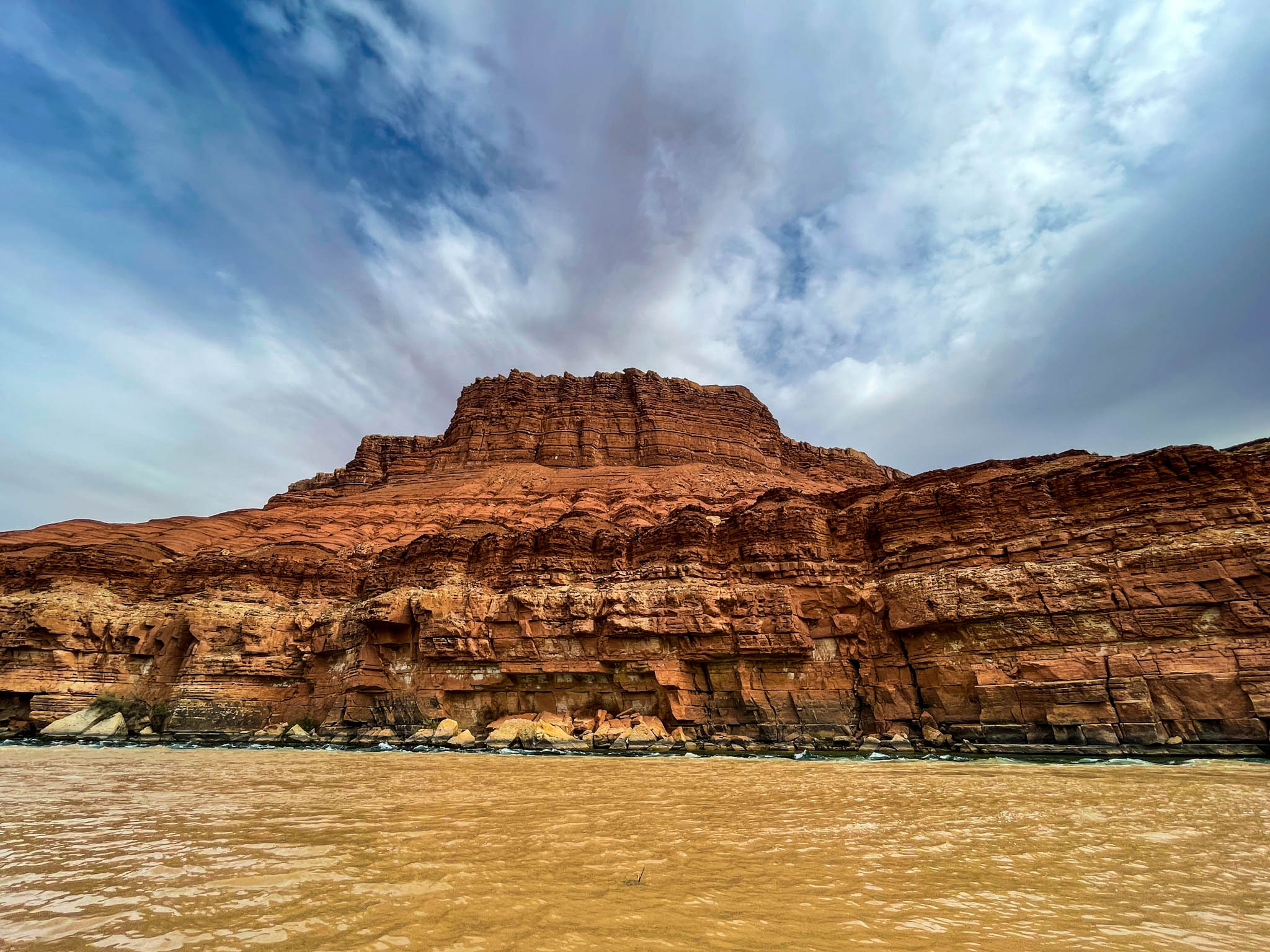 As I was walking down to the little sandy beach area near Lee’s Ferry campground, I passed a marker that informed me I was now in Grand Canyon National Park. I had to read it twice to make sure it didn’t say Glen Canyon. And to make the boundaries even more confusing, a few miles downriver is the western edge of the Navajo Nation.

These twin bridges, one built in the late 1920s and one built in the mid-1990s, are beautiful constructions and the light was perfect for taking photos of them. The older bridge has been converted to a pedestrian walkway, so that you can walk out over the Colorado River.

This is the newer bridge, and if you look really closely below the roadway, you might spot one of the four California Condors that were hanging out down there that afternoon. 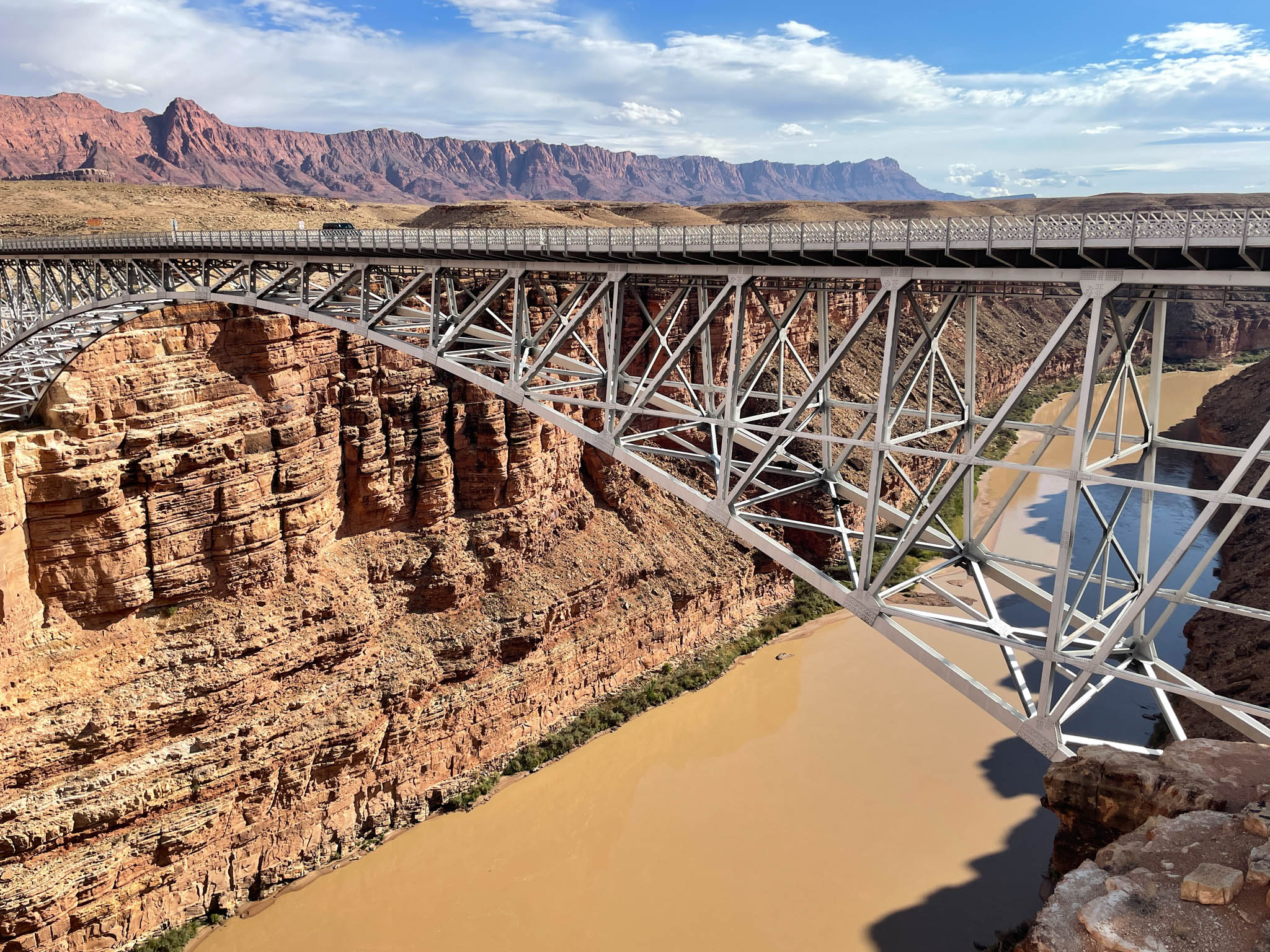 Both bridges are located on Navajo Nation land, hence the name. The Interpretive Center on the western side of the bridges had one of the best bookstores I’ve seen, full of history (both Navajo and the later settlers), geology, and photography. Yeah, I bought a really pricey geology book but it was worth every penny to help me learn more about this area of the southwest.

This was the view from the other side of the pedestrian bridge. There really aren’t any bad views in this area of the country, I’ve learned that much. 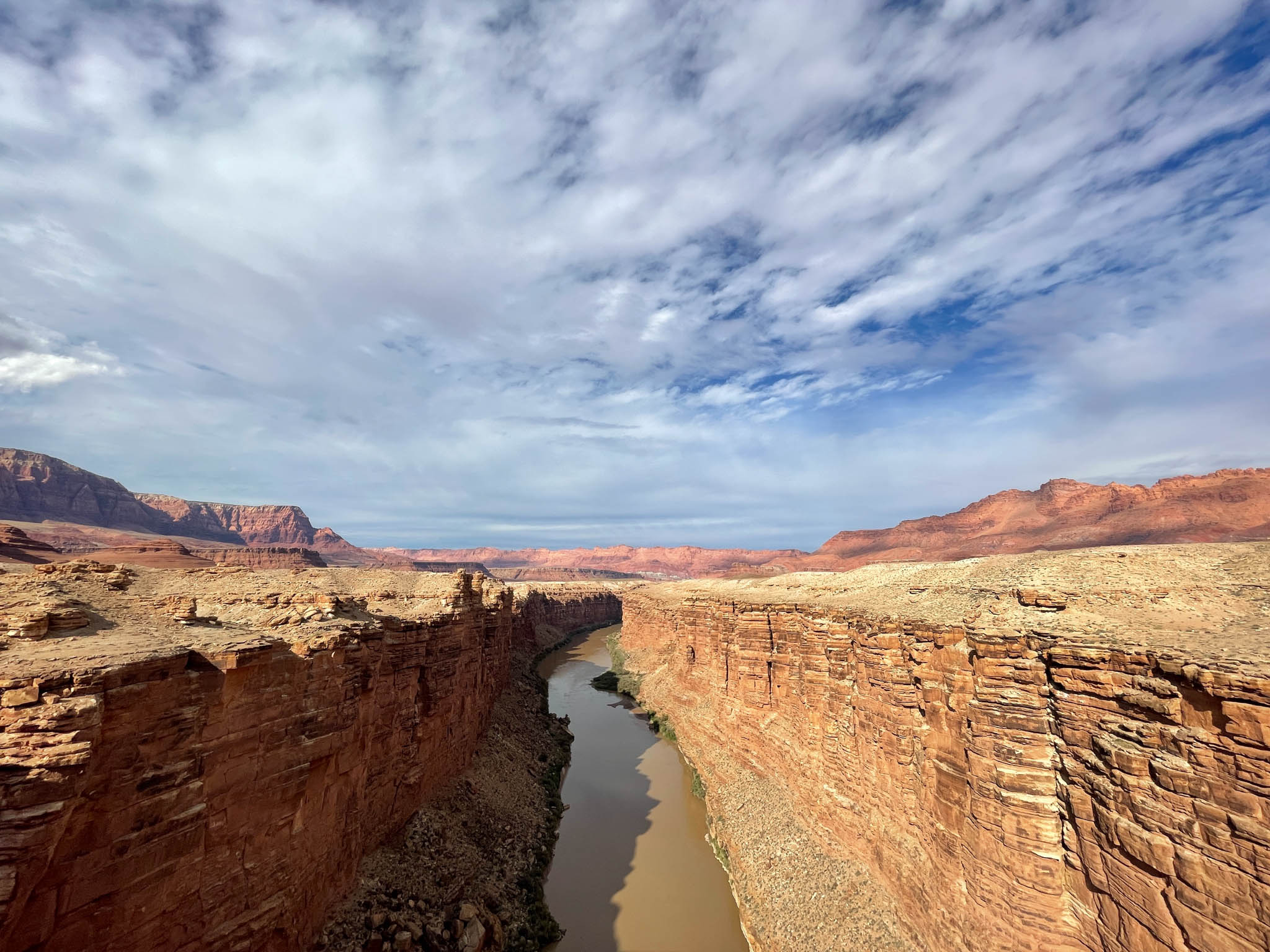 The BLM campground here was pretty basic, no hookups, no reservations. But, and this was a big deal for a night-sky lover like me, both bathrooms had red light at night, not the more typical glaring white lights that can totally ruin stargazing on a moonless night. Two points to the campground for that.

The views were amazing from most of the sites. This was mine and it was a great place to end the day and enjoy the sunset. 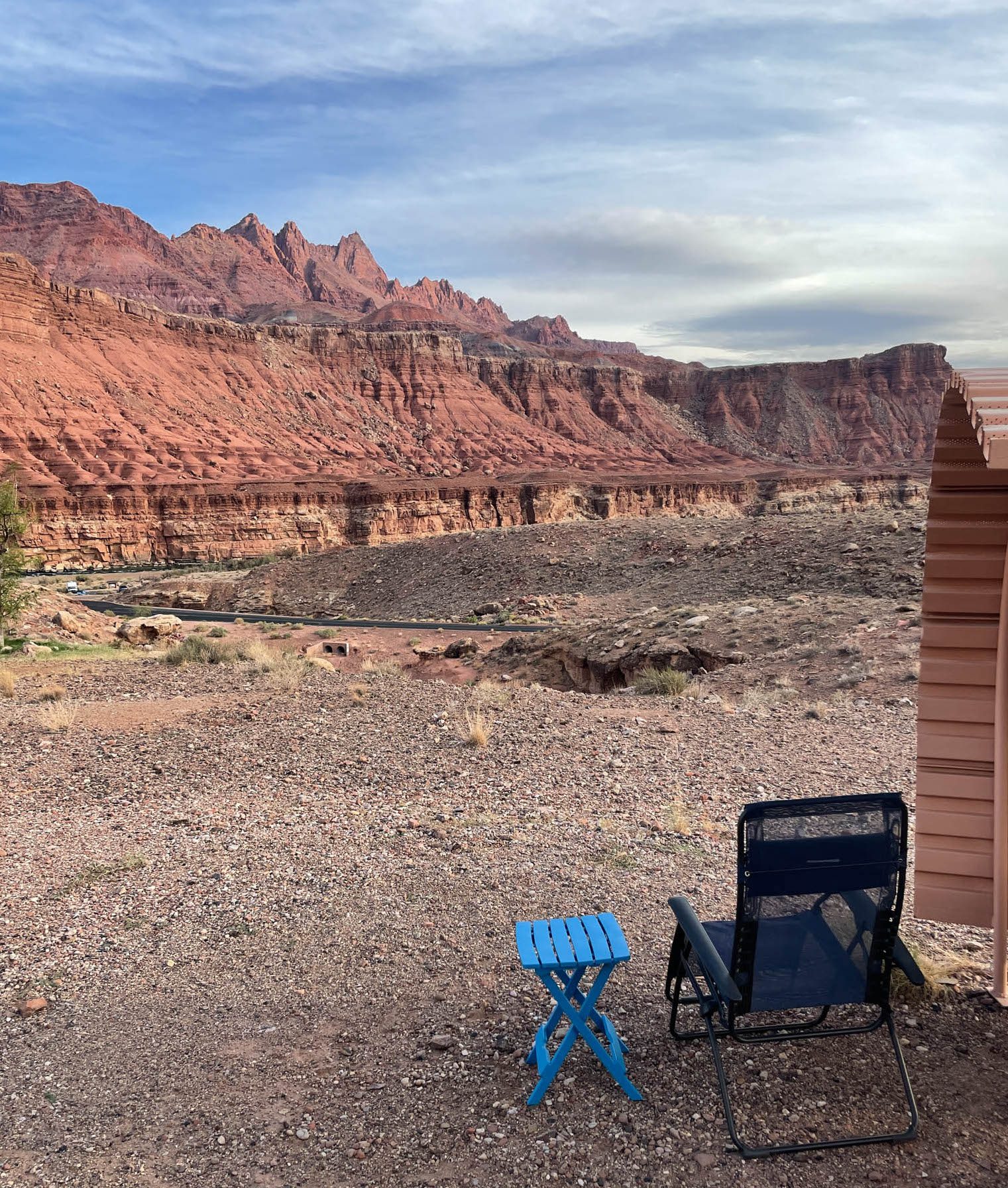 Here’s a very short video of the Colorado River at Lee’s Ferry.

I’d had no particular interest in the Southwest at all as a young girl, and I was completely surprised that the desert stole my heart to the extent it did.