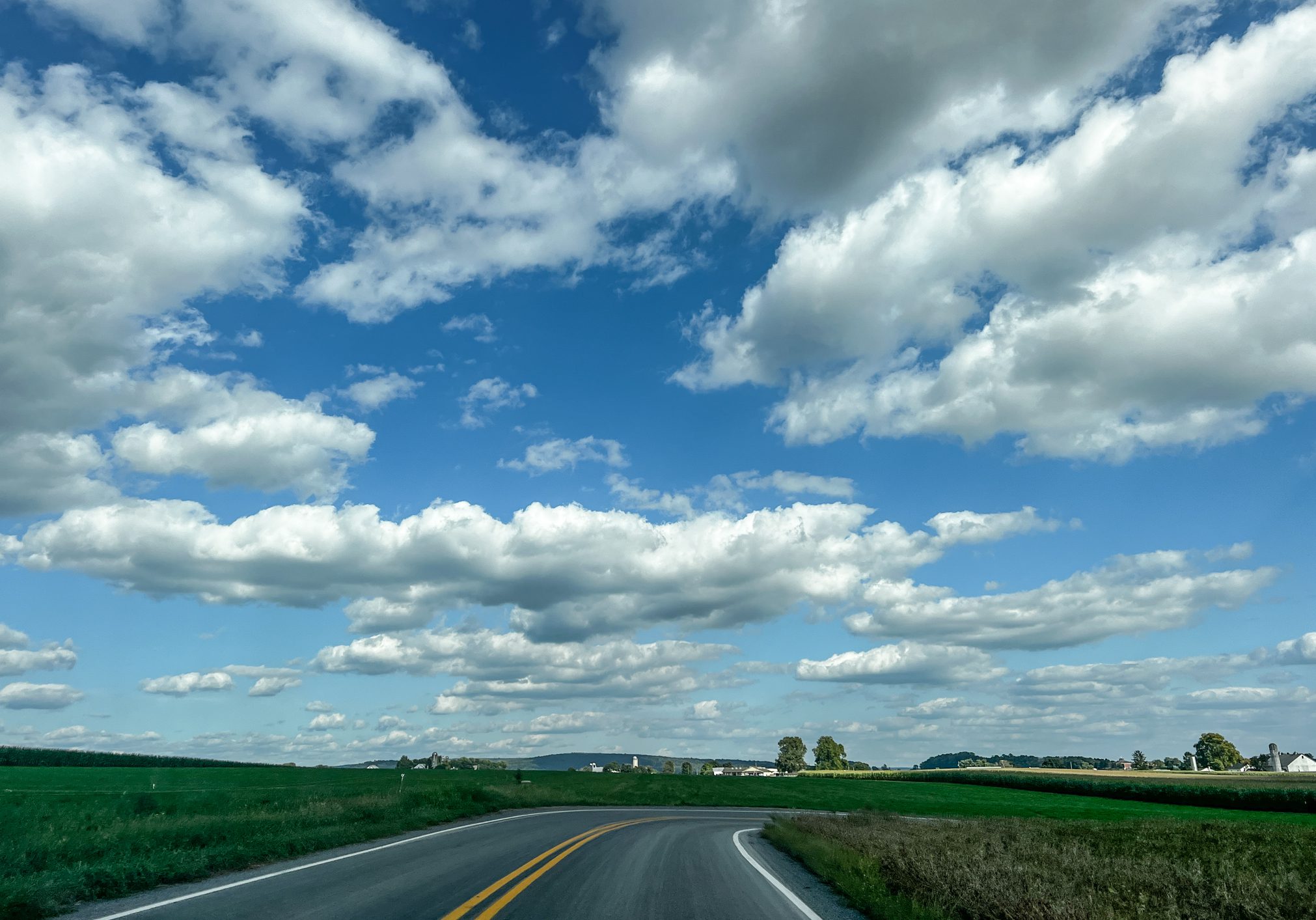 Ah, it was such a relaxing month, until that last two days. The weather in 2022 isn’t quite done with me yet, it seems. Read on to see where I was, why it was so relaxing, and how much the weather can change my plans in just a few hours time…

Two Weeks on the Cape

After a summer of weather woes (I’m looking at you, midwestern heat dome!) and then dashing across Indiana, Ohio, New York to spend time in the northeast, I was happy to pull into (well, back into…) my friend’s driveway on Cape Cod. It was truly a retreat, a refuge, a beach house made for relaxation. Every weekday my friend would go off to work and I’d pretend it was my beach house for the day 🙂 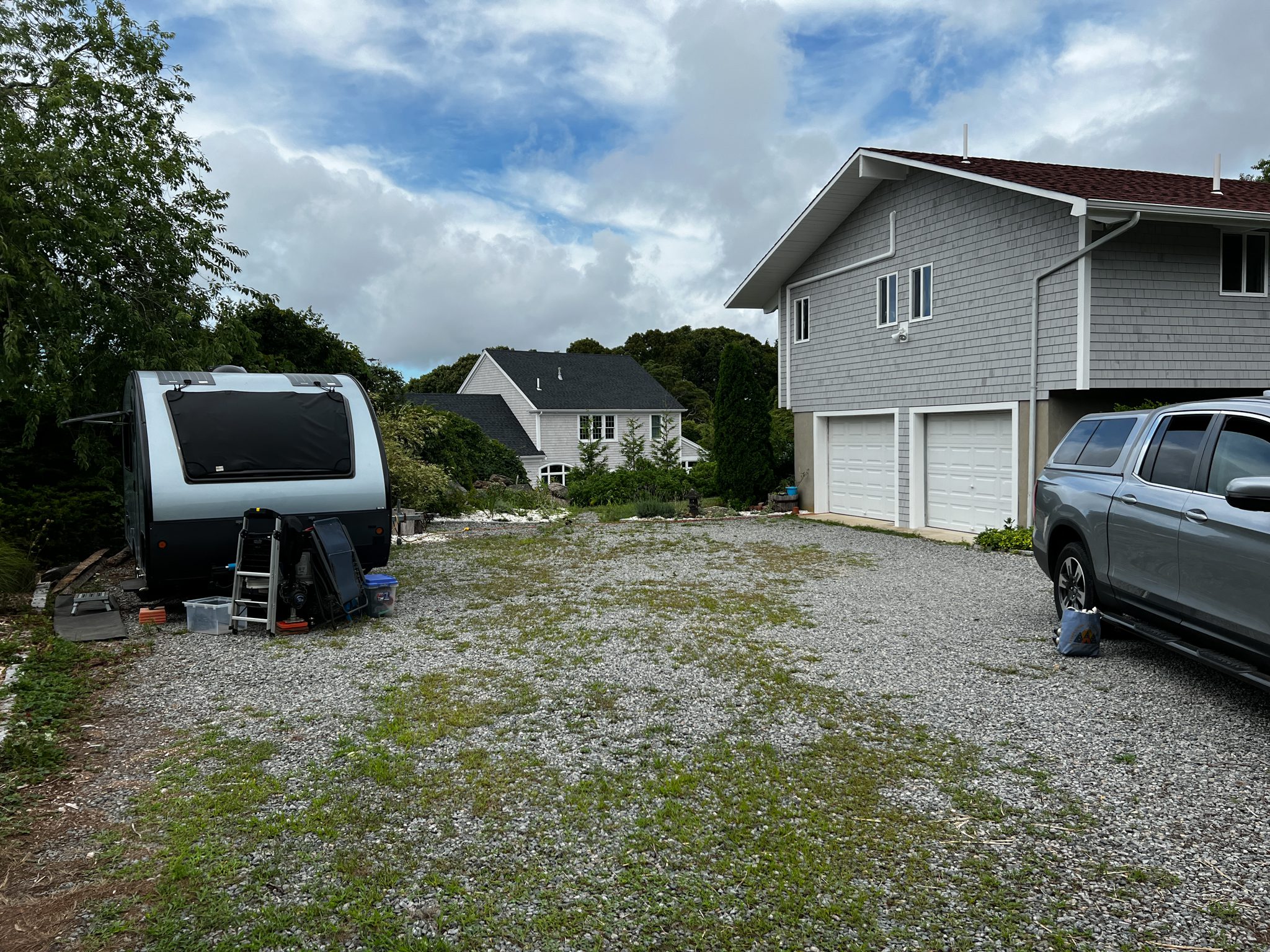 There actually was a cobblestone beach about five minutes walk down the road, and I tried to visit it every day, just because I could. It’s been a year without many beach opportunities, so I had fun collecting shells and finding odd-shaped rocks while listening to the gentle sound of the waves against the shoreline. Something about that rhythmic sound puts me in a completely different headspace; I forget the cares of the world. It’s just me and the water and the beach. 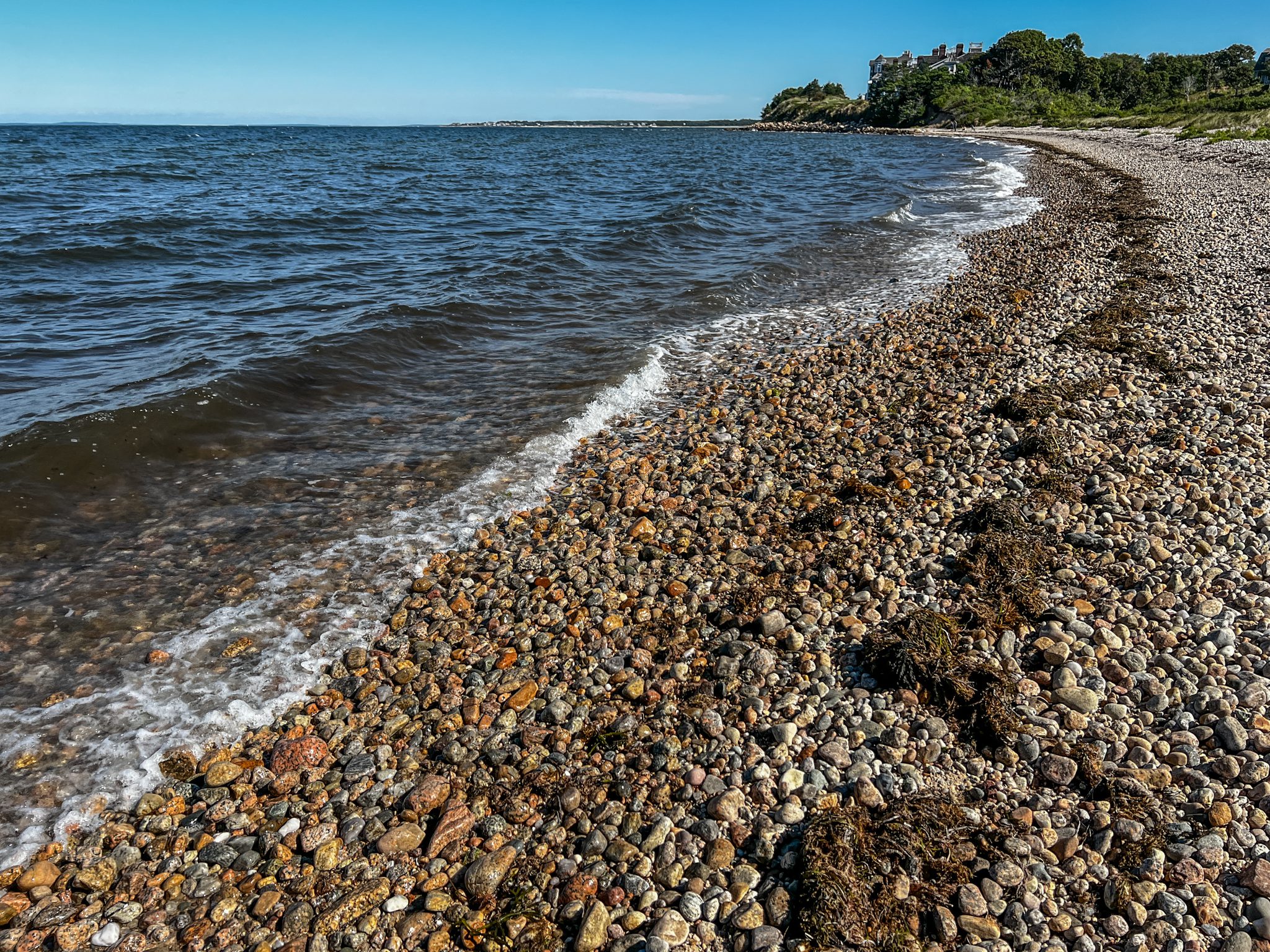 And, yes, there were lobsters. A half-hour drive to a place selling them for $6/pound? I’ll take that deal! I love lobster, whether it’s freshly steamed like these, in a roll, or leftover as a salad. It’s all good. 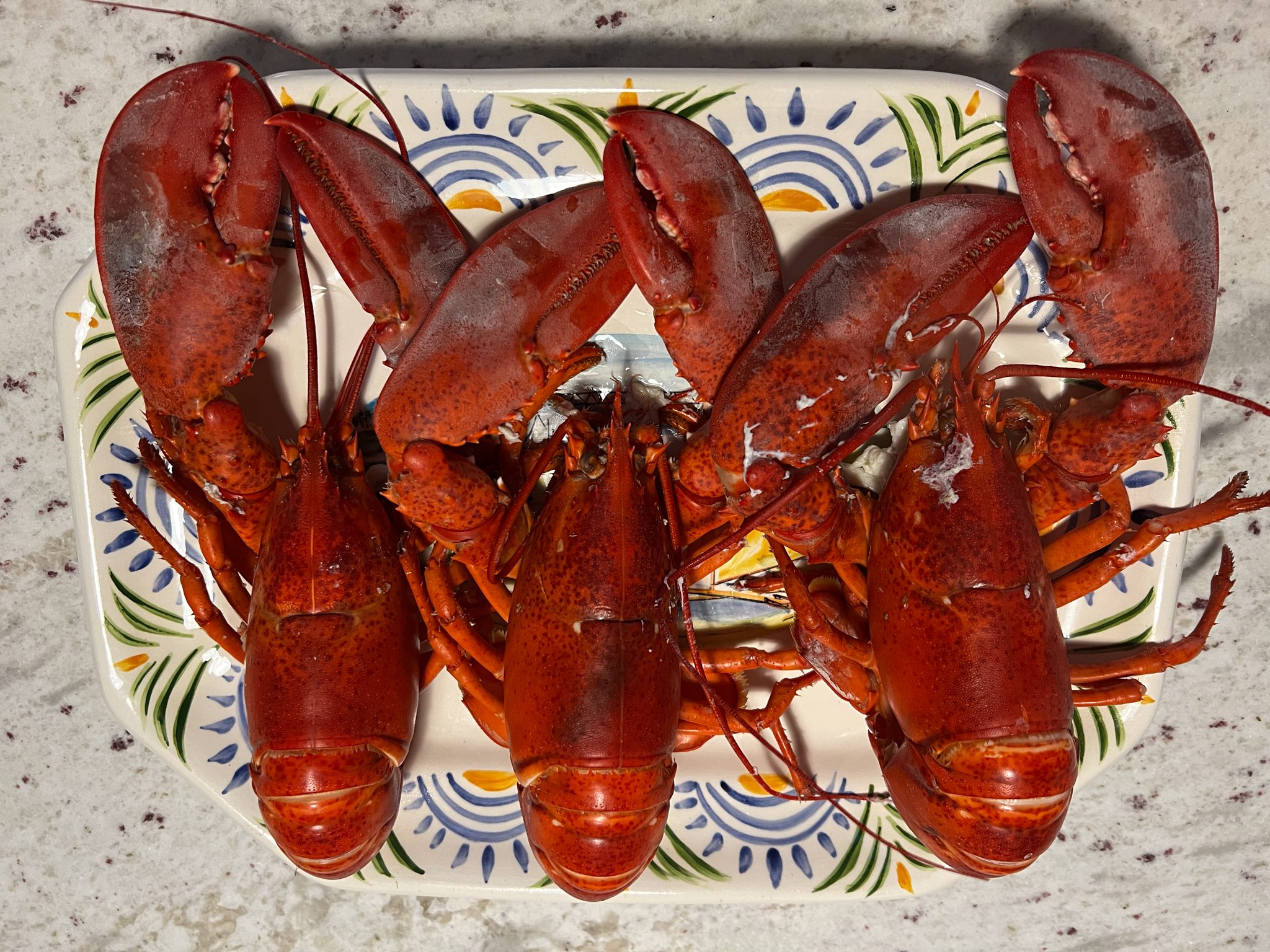 During my time on the Cape, I slid up to Boston for a long weekend, and then came back for a few more days hanging out with my old friend (yeah, we’re both old, but I’m a few years older…) and talked about things old people talk about, like retirement and medicare plans. We’ve known each other since the early 1980s, when she was first mate and then captain on the Clearwater, so we talked about sailing and mutual friends, told stories, and enjoyed more than a few gin and tonics on the deck as the sun set. Pretty perfect way to spend a couple of weeks in September, I’ll drink to that.

All too soon, it was time to go if I was ever going to get all the way to Florida by November, with stops along the way to hang out with more friends. With my next big stop goal being Lancaster, PA, I decided to  take in the Connecticut countryside and spend two nights at a state park. Turns out the park not only has zero services and no dump station, it’s also filled on weekends with a lot of people, so it was a bit of a circus. I found escape on the water, a lovely little paddle on the Quinebaug River on a sunny Saturday afternoon. Just me and a single blue heron, who wasn’t all that excited to be sharing space with me and kept flying ahead of me just as I’d get him into focus with my camera. Silly heron. 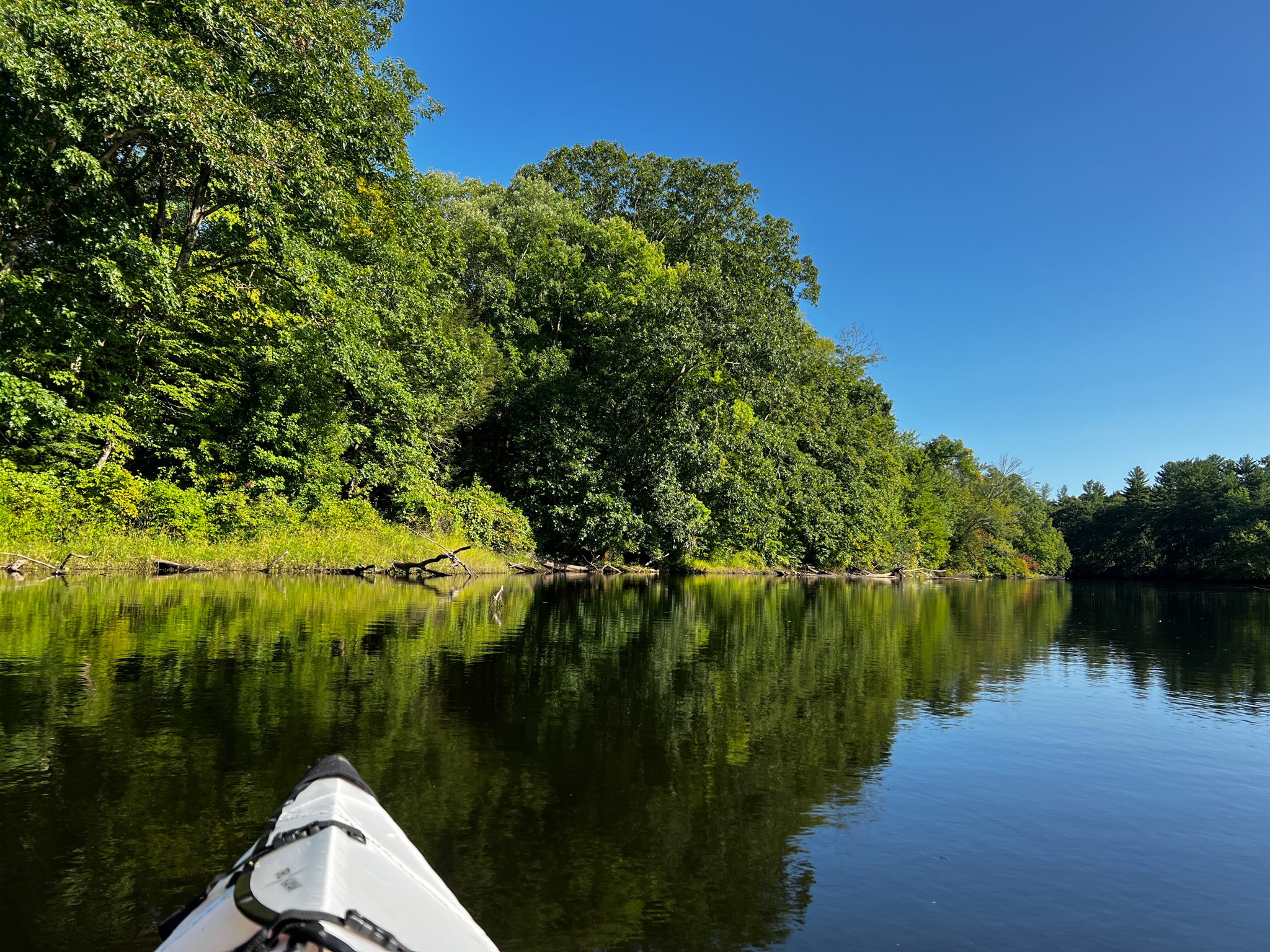 One Night in New York

Doesn’t every campground have their own Statue of Liberty? Well, the KOA just north of Newburgh, NY has one, probably because their official name includes “NYC” even though it’s a solid 2 hours to get the city from here. Still, it was a good place for a one-night stop, with a pull-through site and full hookups. Whee! 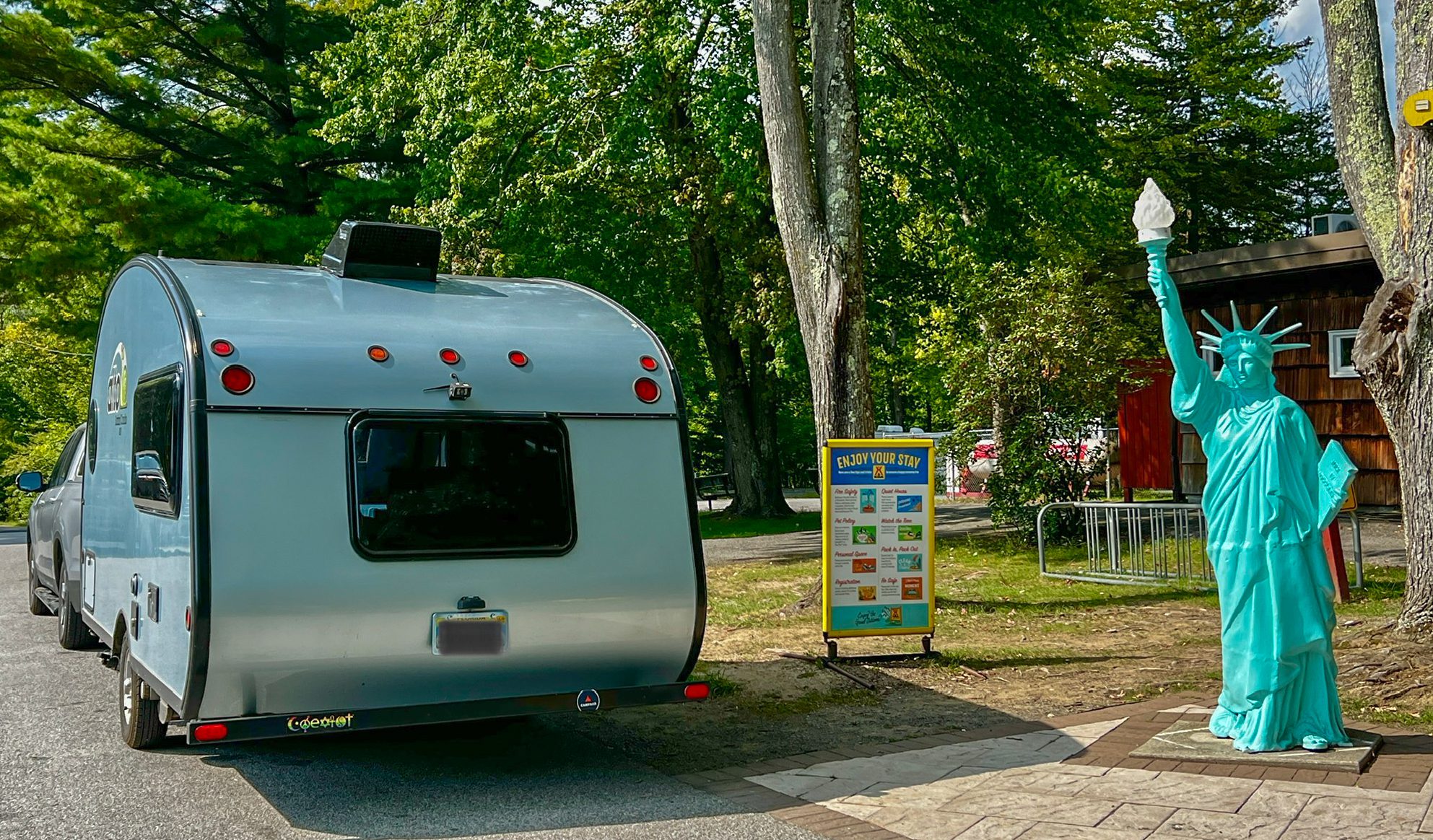 One Night in New Jersey

Oh, NJ, you were so hard to get… In six years, I had never camped here, making it one of two states in the continental US I hadn’t brought my Alto to (the other being Nevada). I was determined to get that tiny little sticker on my states map, so I found a sweet county park, Mahlon Dickerson Reservation, that was about halfway between Newburgh and Lancaster. Turns out it’s really quiet, the sites are nicely spaced, and I wish I could have stayed a few more nights to explore the surrounding area. And, yes, I did do a little victory dance when I put that NJ sticker on my map. 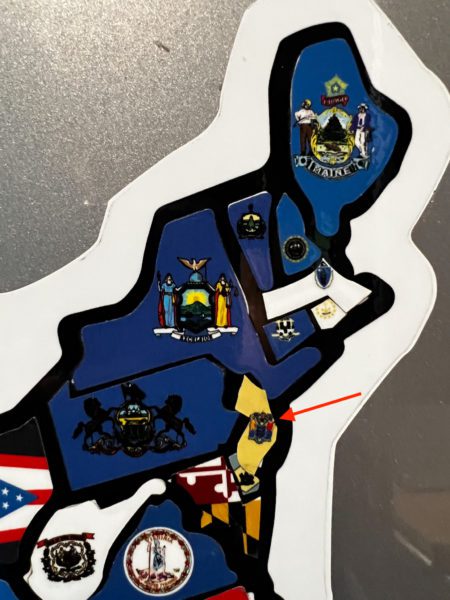 Next stop was my home-away-from-home spot in Lancaster, where my friends Peg and Larry always make me feel so welcome and so comfortable. From pizza at the local joint that may or may not be laundering money (who runs a pizza joint *and* owns a Maserati?!) to Longwood Gardens, catching up with their two growing grandkids to a visit to the quilting store, Lancaster feels familiar enough I can find my way around (sort of…). This time I even got my flu and pneumonia shots and a new eyeglass prescription. Yeah, the vagabond life is pretty darned exciting when getting shots makes the monthly report 🙂 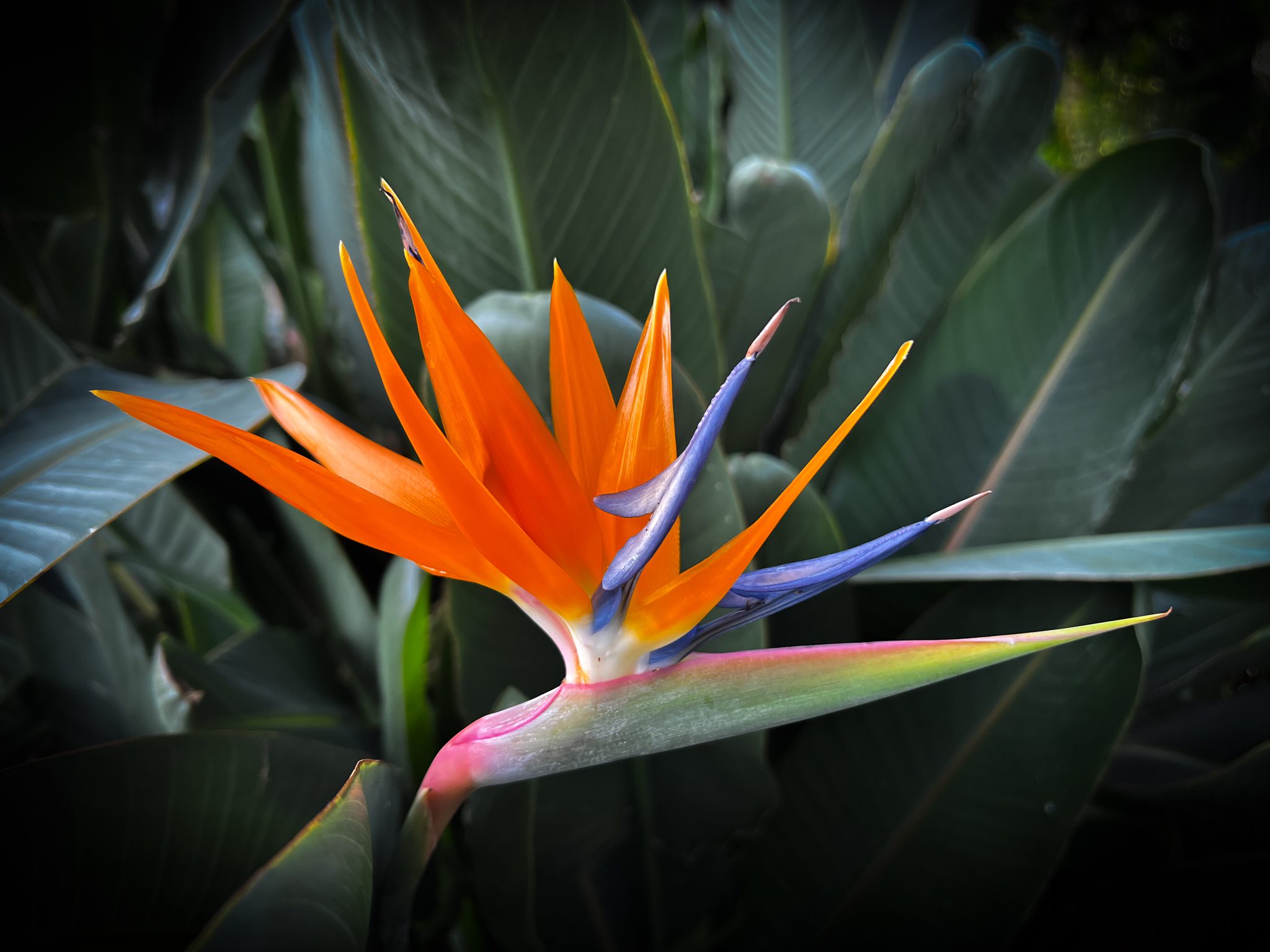 I love Cape Henlopen, but this time, I was welcomed with a drenching downpour, putting a damper on my plan to visit the beach. I did meet up for dinner with my camping buds, Karen and Steve, so that was fun. And after everything dried out, I walked around checking out the WW II-era doors that were part of the defense installation here that checked the coastline for enemy ships. 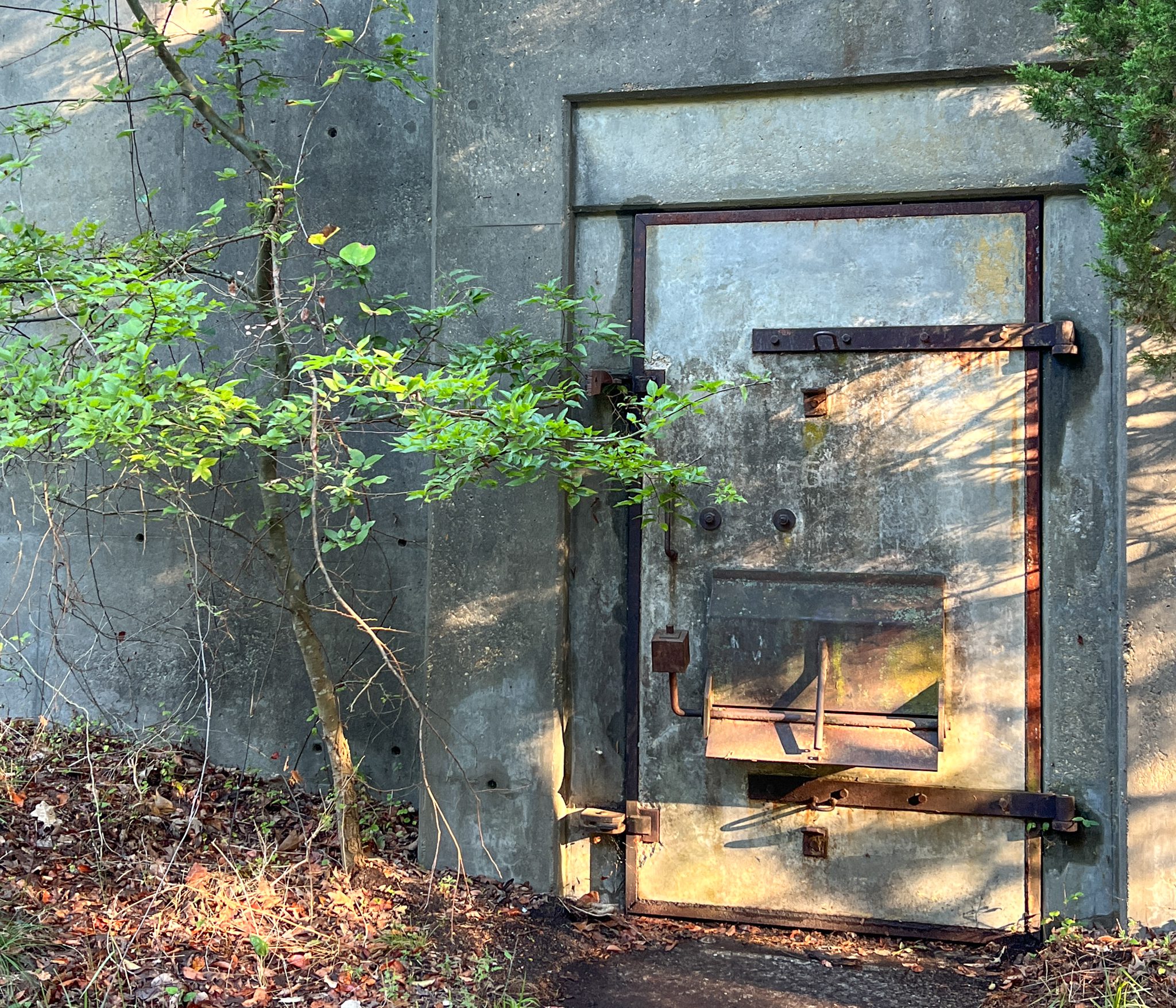 After a quick two nights, it was time to brave the crazy drivers and traffic of Rehoboth Beach, driving 15 miles south to Delaware Seashore State Park, where I reunited with Karen and Steve for three nights. This campground is all about being close to the beach, rather than having nice sites or any privacy. Think of it as a parking lot for RVs, with full hookups. Weird, I know. But I did enjoy walking around the marsh, river, and beach, and then there was that bridge to photograph in all kinds of light, so the place actually grew on me.

Two Nights Back in the South

The unpredictable thing that was Hurricane Ian made me change up my plans for the last few days of September. I was thinking I’d go to Janes Island on the Chesapeake Bay for 4-5 days, then go down to Kiptopeke State Park at the tip of the Delmarva Peninsula. I’d be able to claim the fun trifecta of camping in all three states that make up the peninsula. But… the window for me moving south was closing fast, with serious, gusty winds and lots of rain forecasted, so I changed reservations one more time in 2022. I’ve actually lost count of how many times I’ve changed my plans due to bad weather this year.

I drove straight to Kiptopeke, and pulled into my site just as the big wind started up, shaking my trailer all night long. The next day I moved to a more protected site: less shaking but still lots of rain. This was one of those times when the phrase “bands of rain” was so true: torrential downpour for an hour, then just light drizzle, then another downpour; repeat that for 3 days and you have a pretty wet picture of how I ended September! It felt like everything inside the trailer was damp, and I ran the A/C a few times a day just to dehumidify the place. 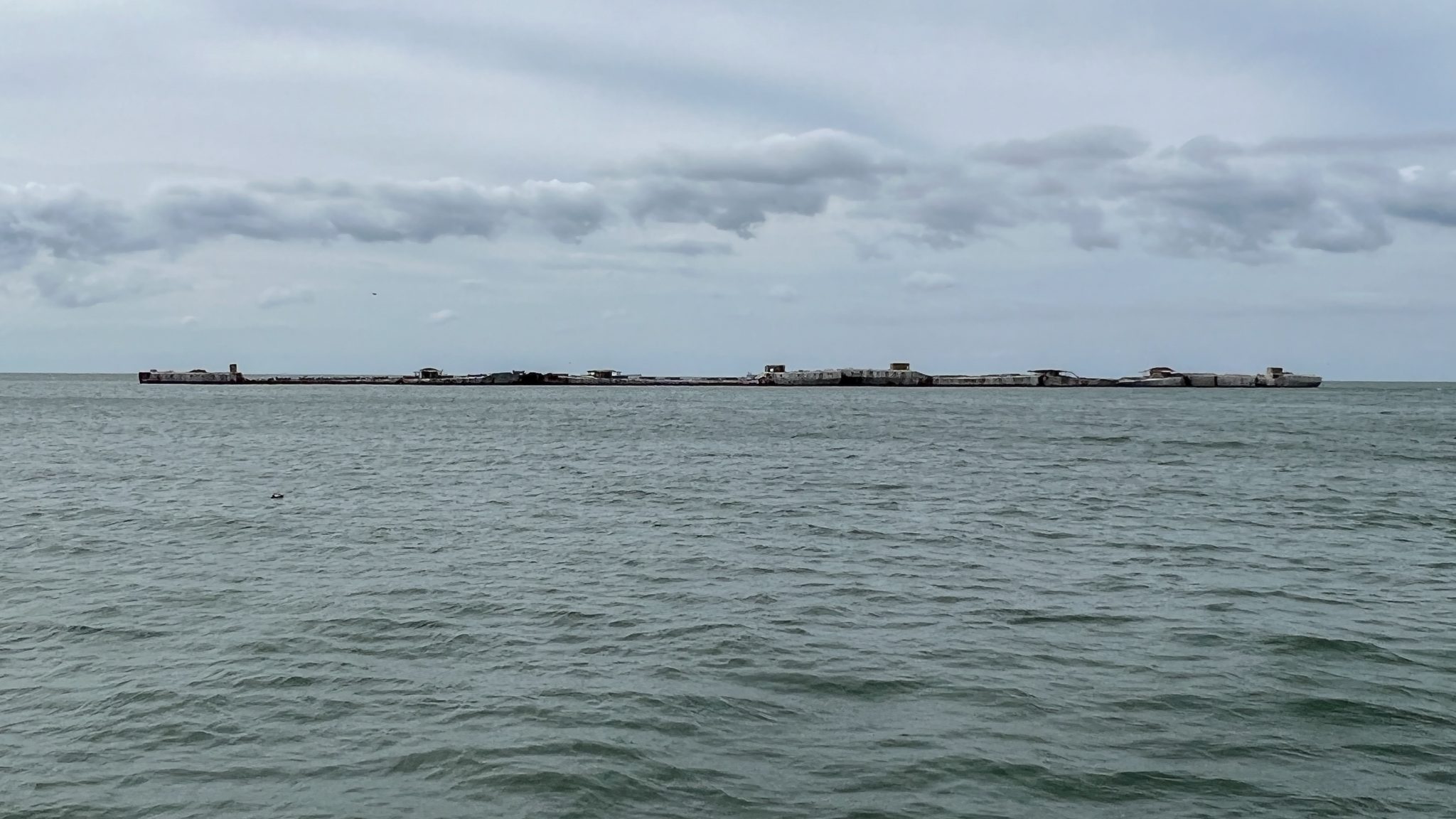 The fun fact about Kiptopeke is that there are nine concrete ships, known as the Concrete Fleet, set offshore as breakwaters. I used to live by a concrete ship in Aptos, CA, so it was entertaining to see that one’s cousins put to good use on the other side of the country. Felt a bit like home to look out at those ships across the water.

Now it’s October, and I’m heading a bit south and then west, planning to meet up with friends throughout the month and get ready for the last stretch of driving/camping that gets me to Florida by Election Day. Stay tuned for October’s report in a month or so. Meanwhile, here’s a Cape Cod sunset to close out this report. 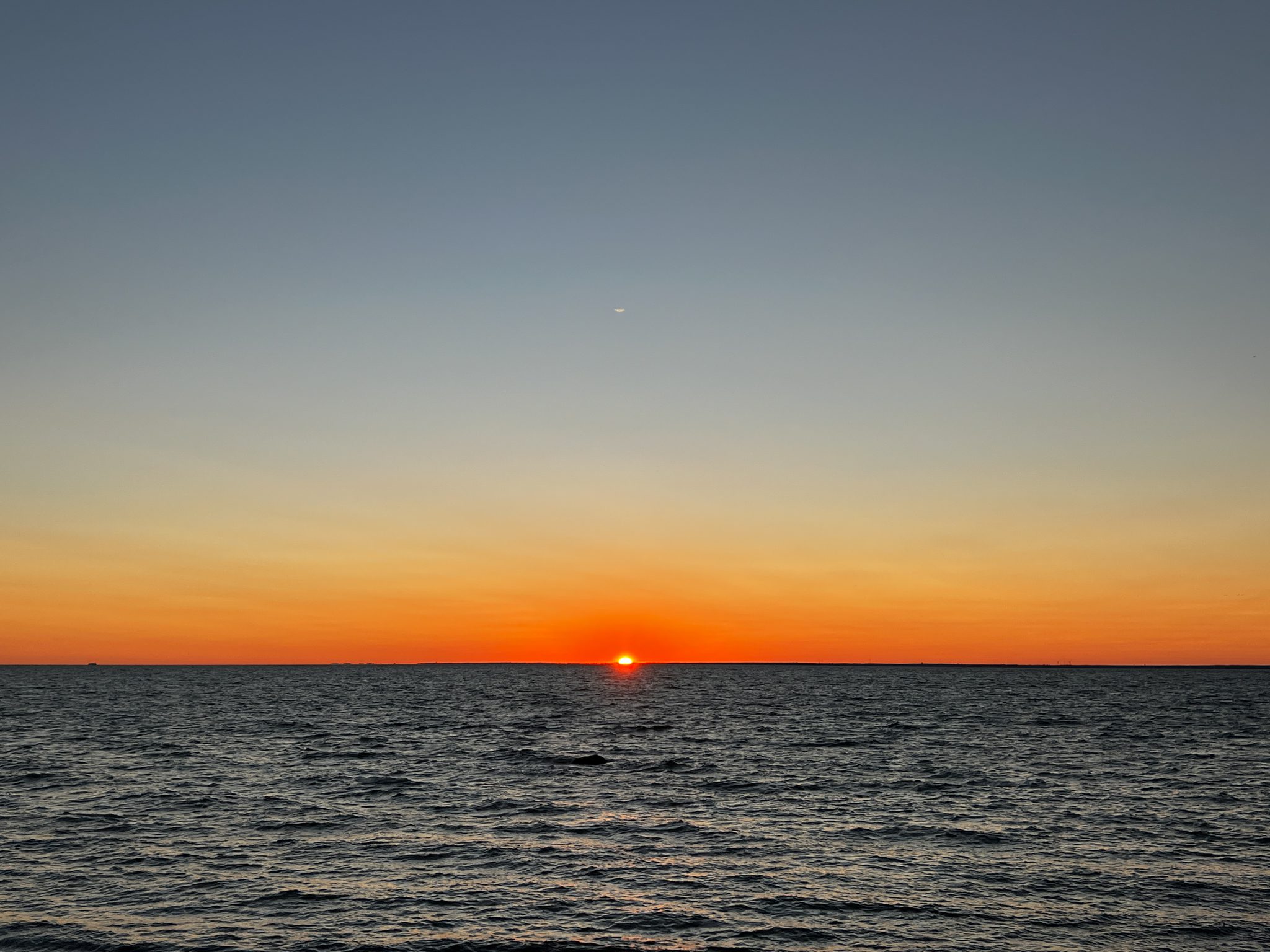 September days have the warmth of summer in their briefer hours, but in their lengthening evenings a prophetic breath of autumn.