Drive out of the traffic and noise of downtown Oklahoma City, aim for the flat lands to the southeast, and look for a brown building next to a big warehouse. Congratulations, you’ve arrived at the Museum of Osteology, more commonly known around these parts as the Skeleton Museum. And, oh, is it worth the drive!

From big wales to lions and tigers (but no bears!), this place is stuffed full of skeletons. And yet, the displays are beautifully done, with explanations and facts about each one. The curator(s) here have done an amazing job. 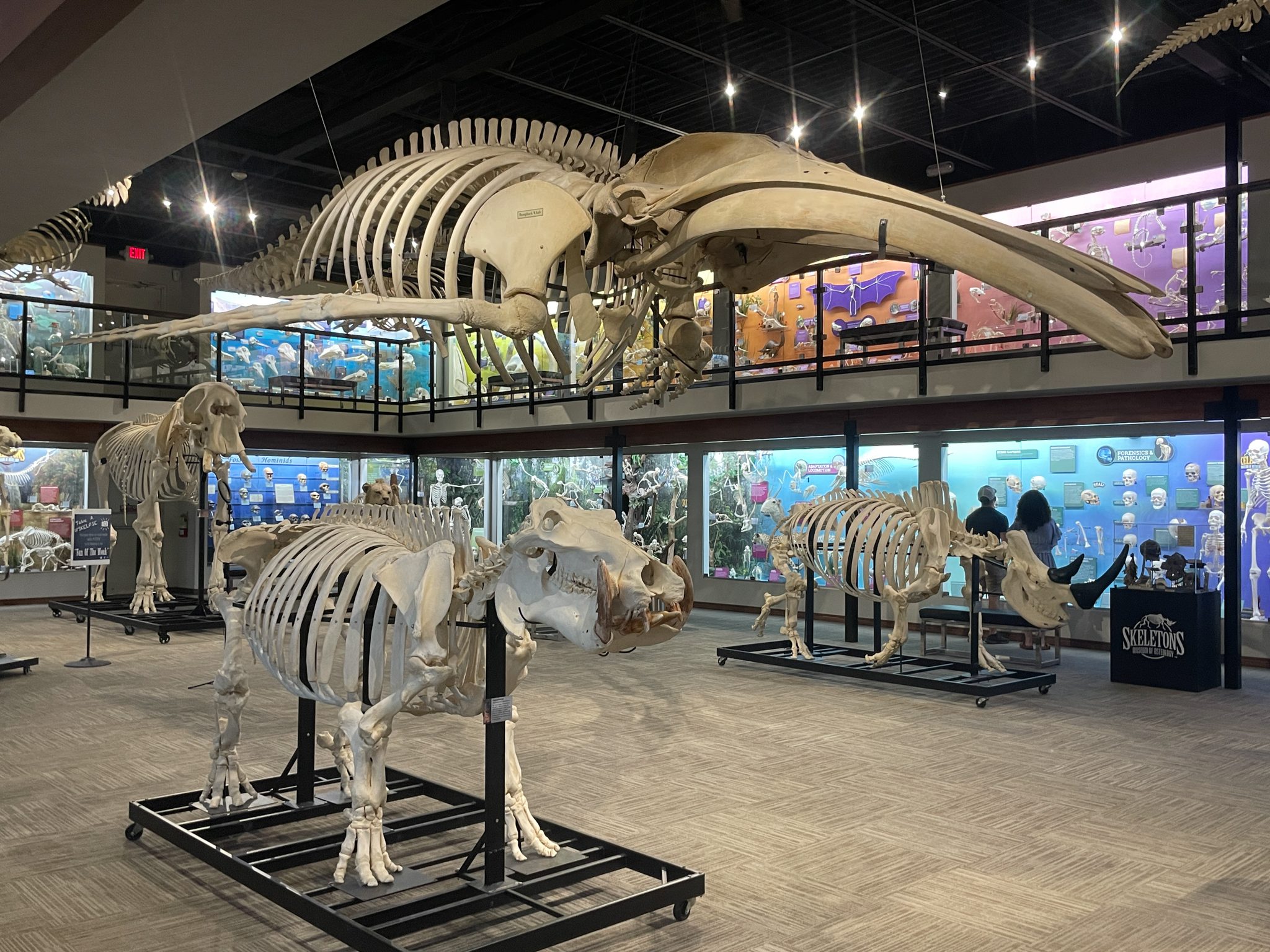 Starting out, you get to see what’s under *your* skin, in this display of a man and his dog (which is in the lower left). It’s kind of fascinating to look at what’s inside you. 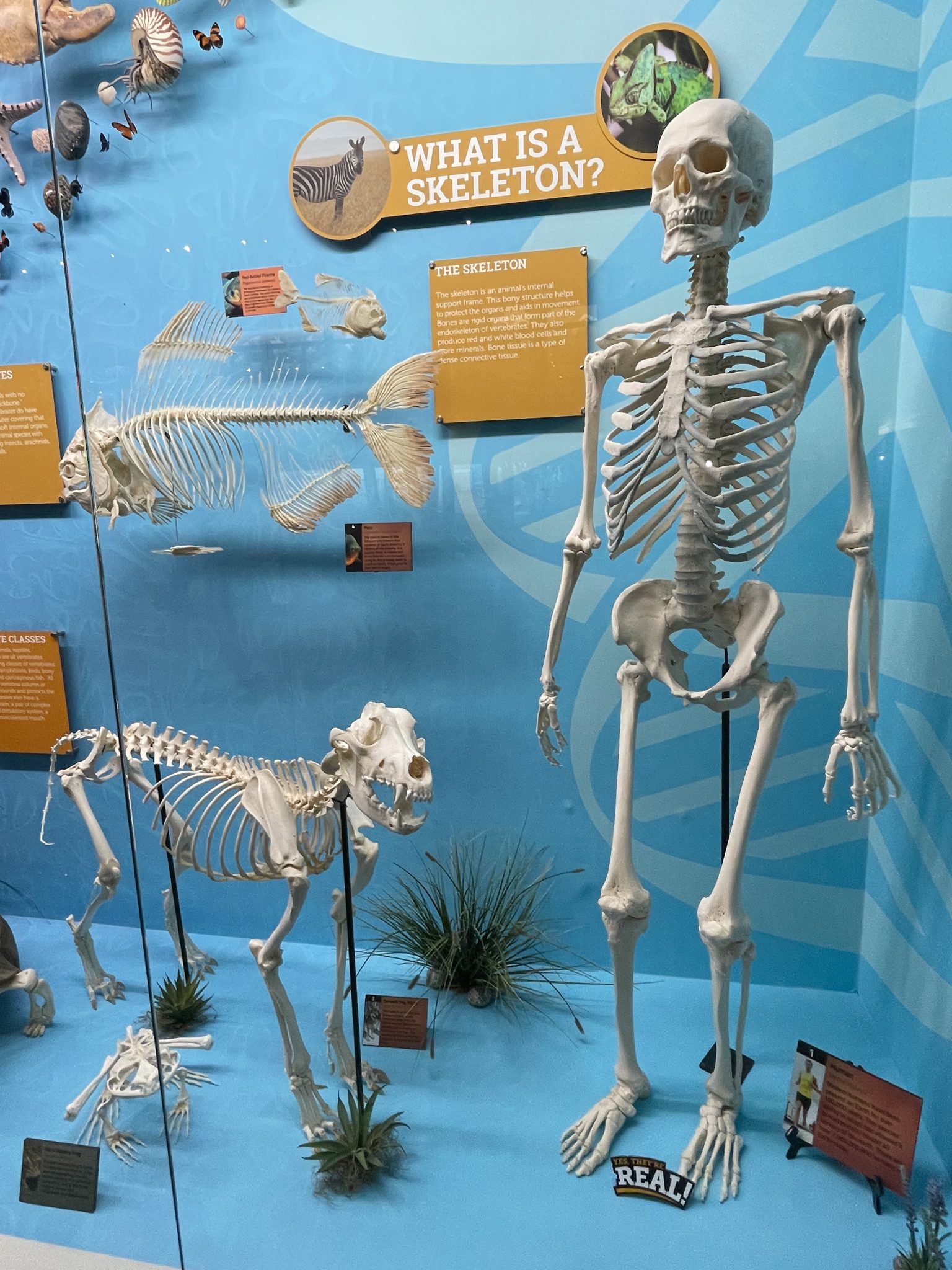 I’ve always wondered what’s inside a tortoise shell. Now I know: a lot of tortoise flesh, apparently, along with some really weird-looking joints where the legs connect to the shell. Tortoises are even more odd than I had thought! 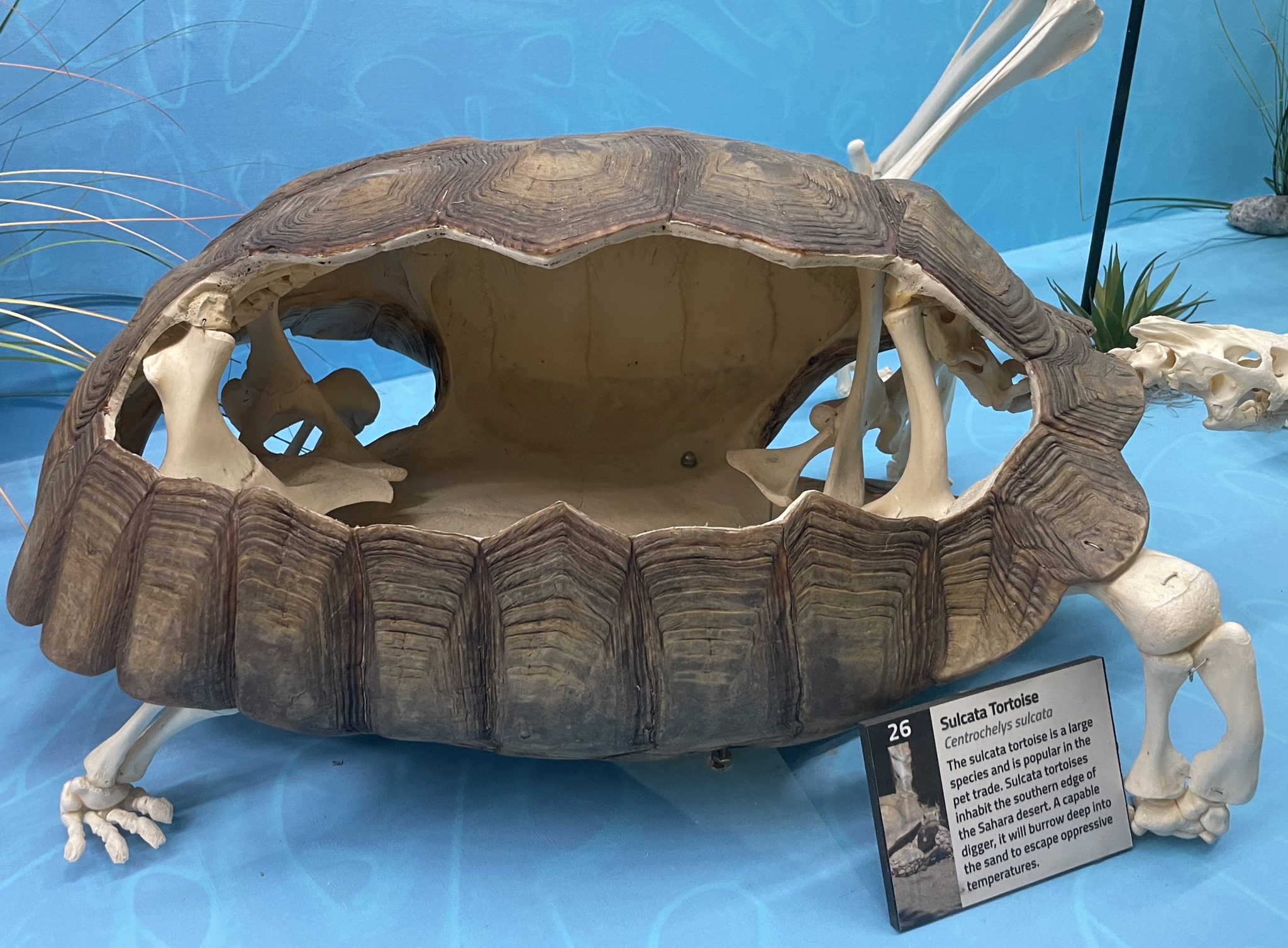 Of all the creatures in all the oceans, I think my favorite is the sea horse. They are so delicate and so graceful when alive. And their skeletons show how much of them is bone, with just a sheer covering over that skeleton as they bob about in the water. It’s kind of amazing to me that something so small survives so well in such a turbulent environment. 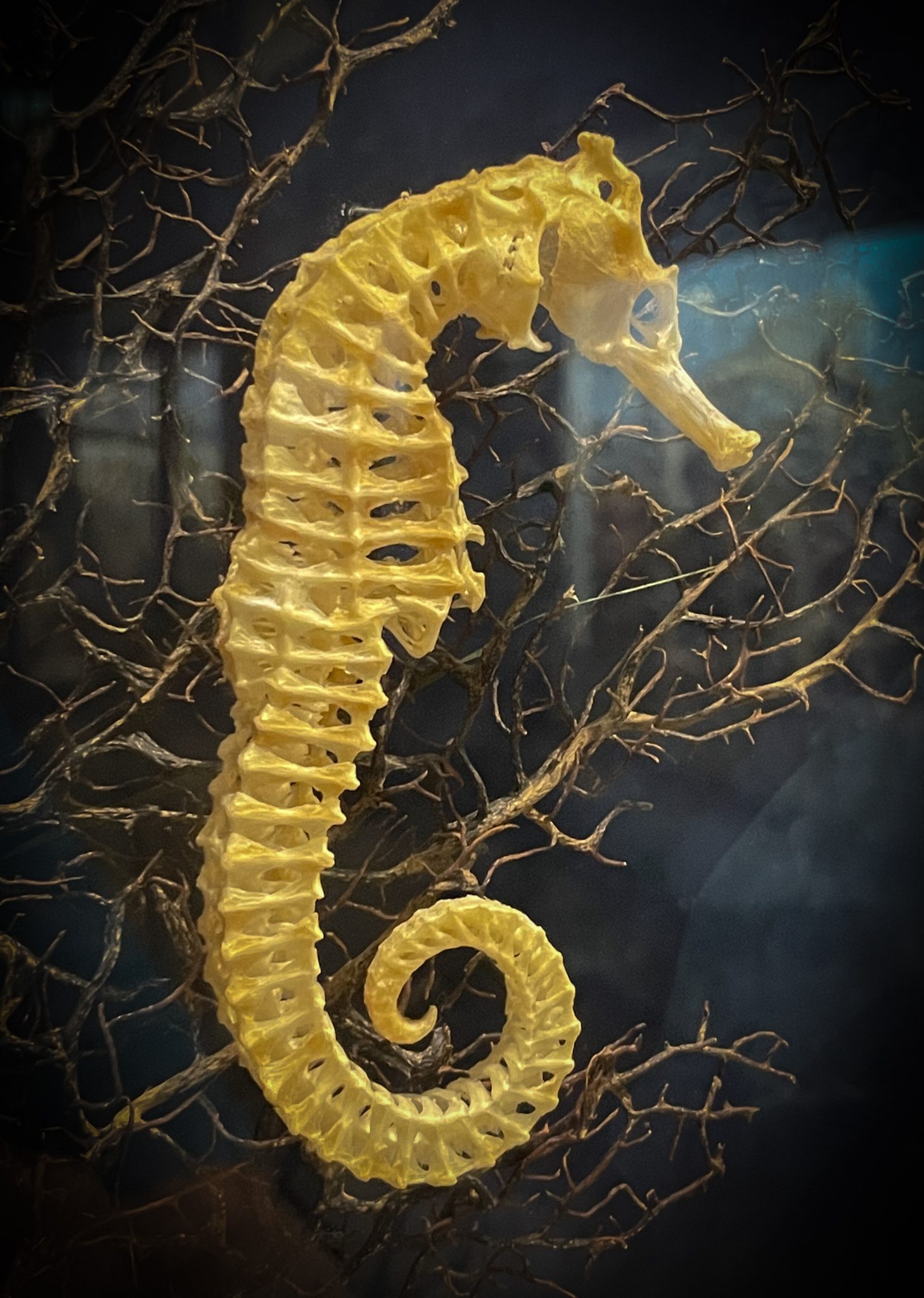 Many of the exhibits group similar animals together, and there are more kinds of armadillos than I had ever imagined. This one, though, was so gorgeously displayed that I had to feature it. Next time I see a smashed armadillo as roadkill, I’ll be able to appreciate just how flattened they get after encountering an 18-wheeler. 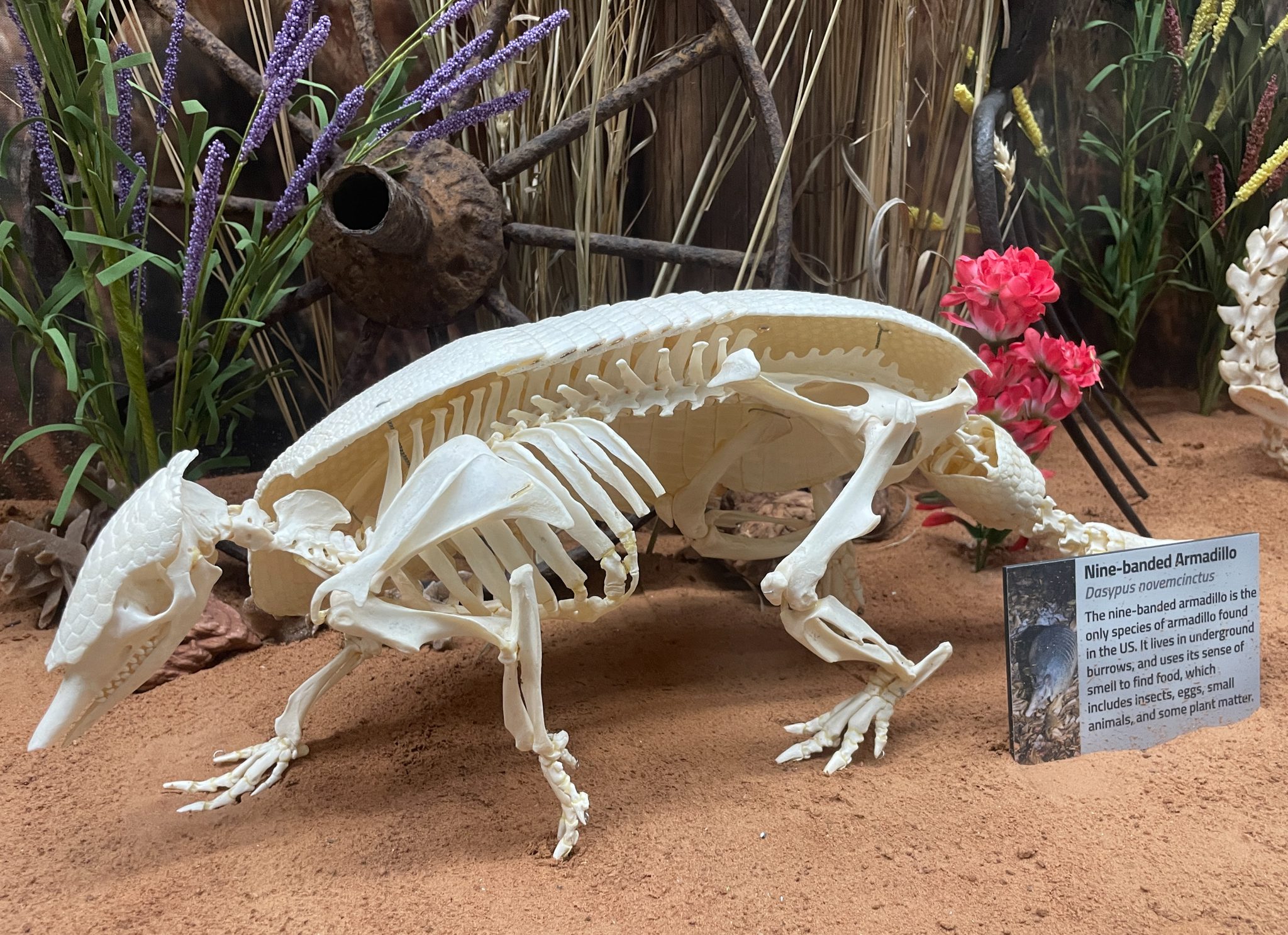 Unexpected space connection! Yeah, I’m all about space chimps when I go to space museums (like the one in Alamogordo) but I definitely was suprised to see this small exhibit in the Skeleton Museum. Two points for remembering the chimps! 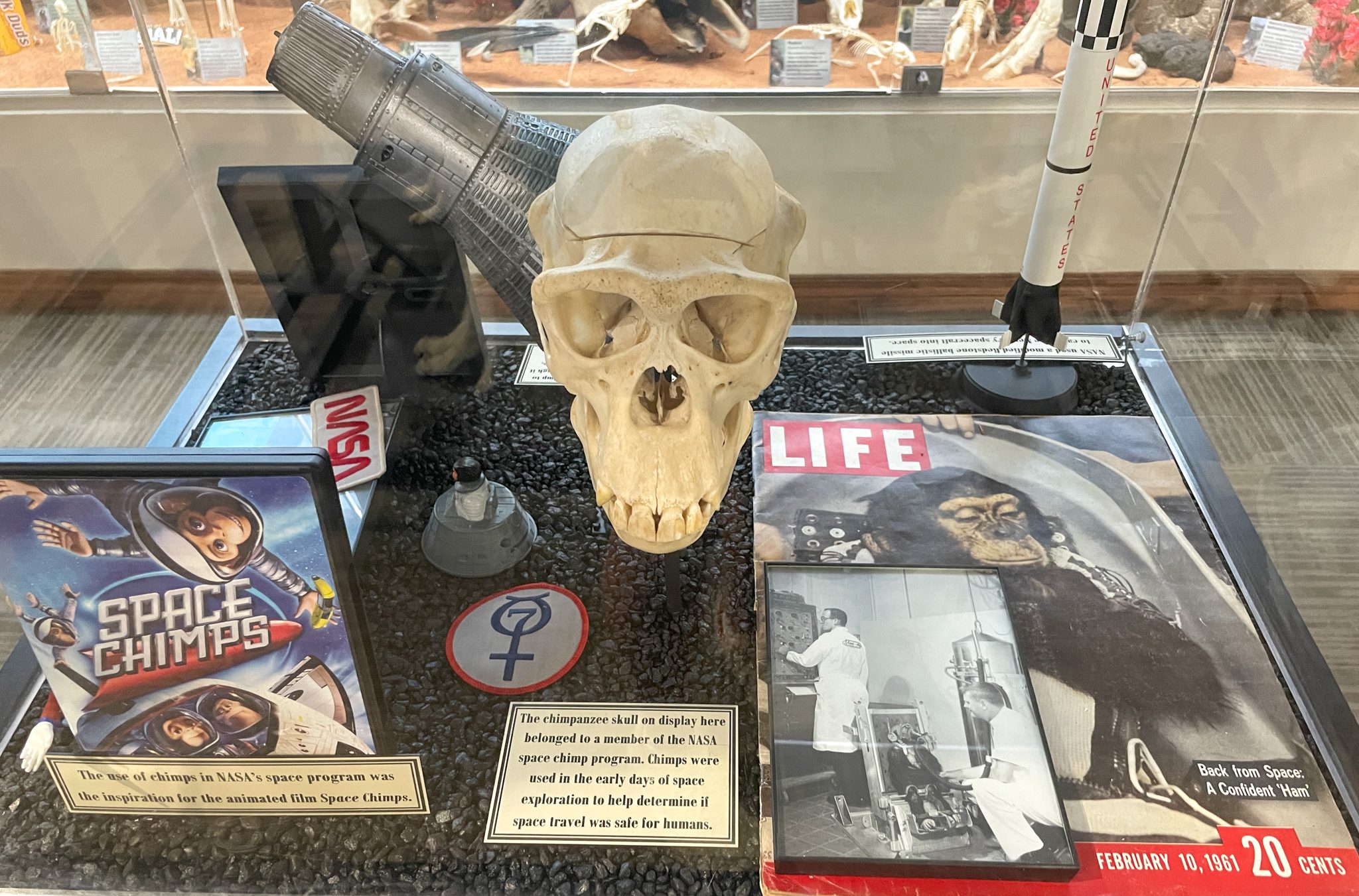 My friend and fellow Alto owner, Alissa, is totally enamoured of otters, so this one is for you, my friend. Even in skeletal form, they are adorable. 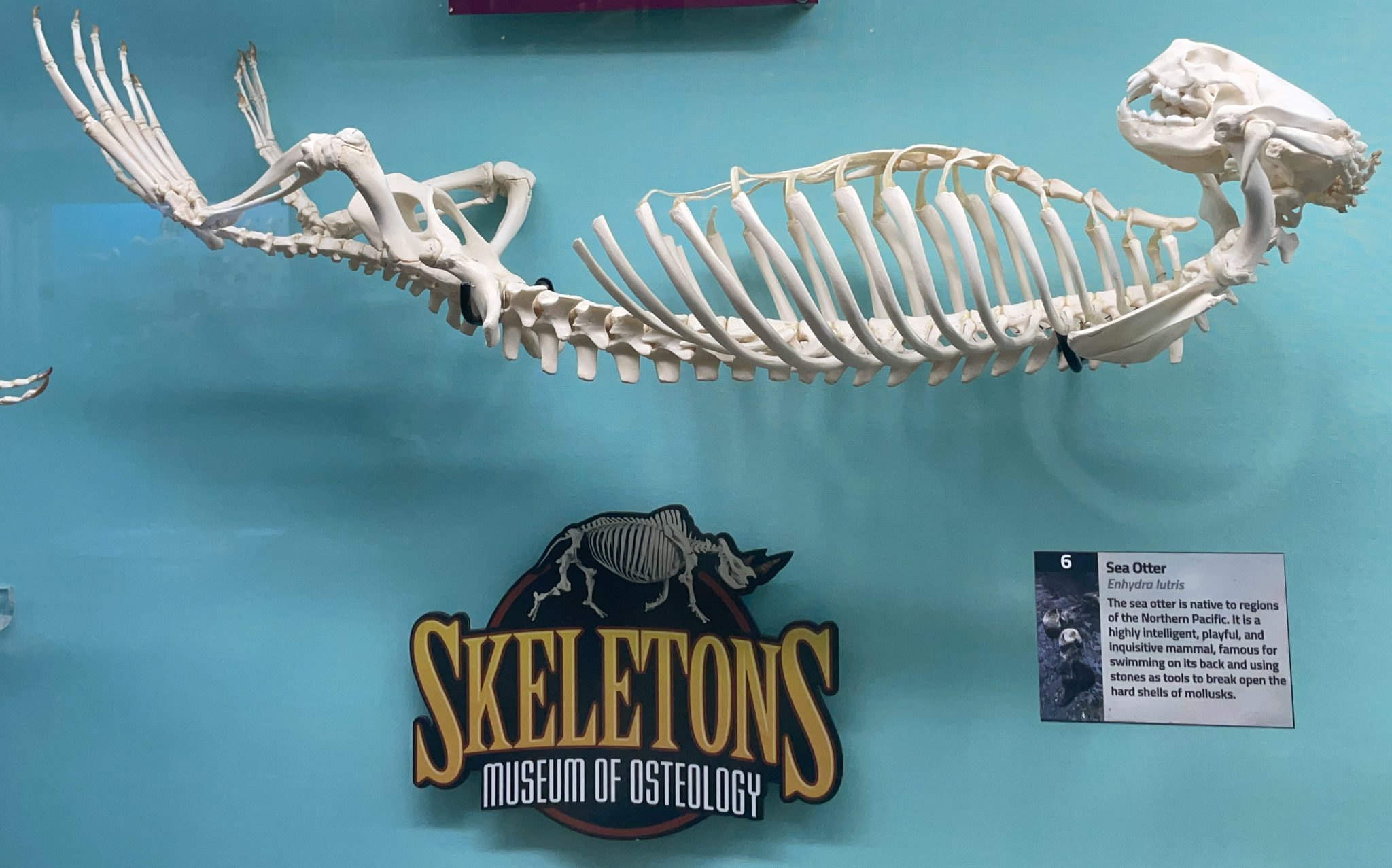 The curators also get a chance to show their sense of humor, as with this display as part of the vultures and crows display. They also had a raccoon skeleton “eating” out of a discarded box of Milk Duds. Well done! 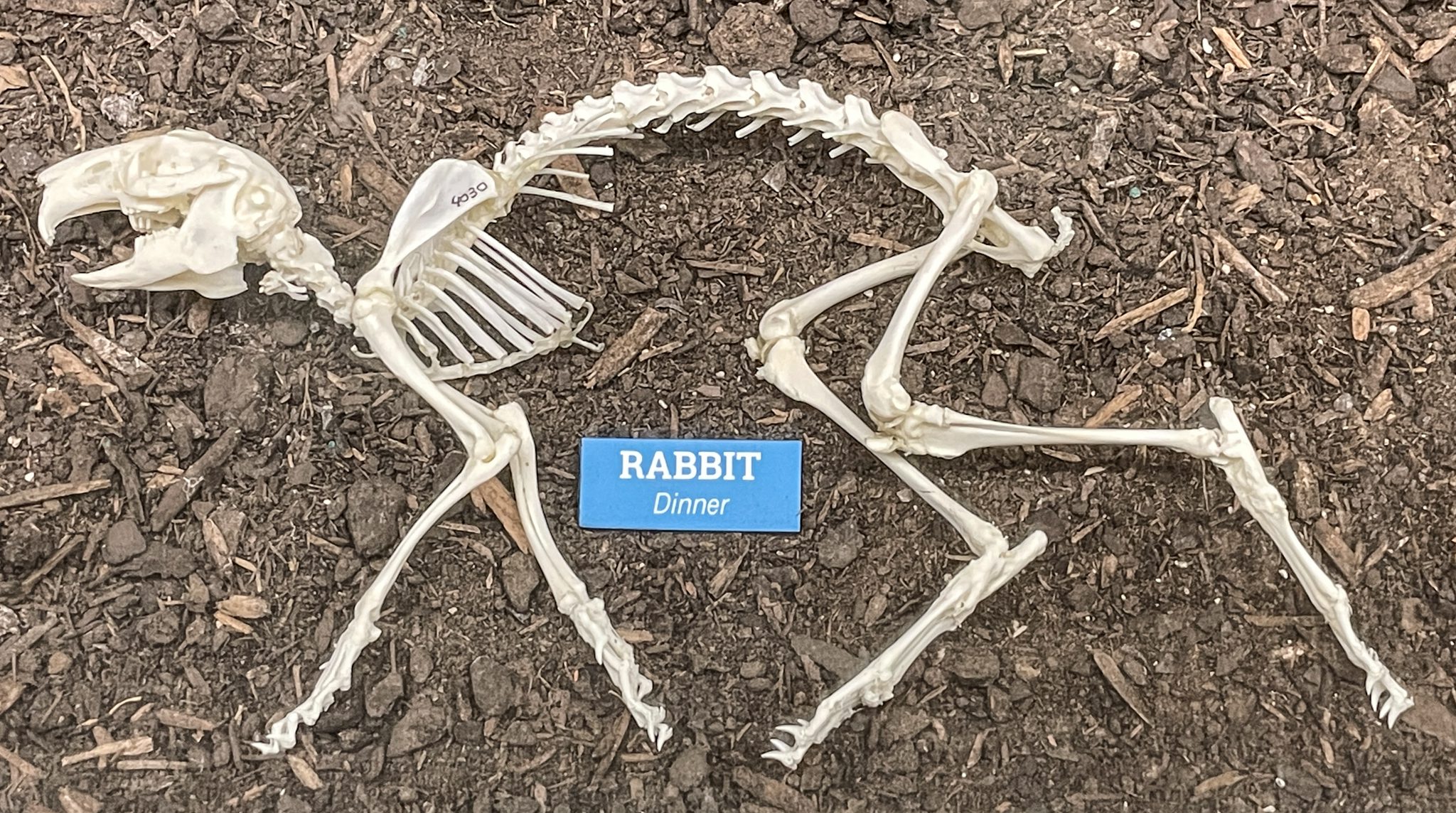 I spent about an hour going through the museum and checking out both floors, from giraffes and hippos to beautiful hawks and tiny hummingbirds. And this, as it turns out, is only about 10% of the collection. I’d love to see more!

Everybody’s got skeletons in the closets. Every once in a while, you’ve got to open up the closet and the let the skeletons breathe.
Tyler Perry