I’ve not done a lot of cold-weather boondocking or dry camping, so six nights of winter camping in New Mexico was definitely an experiment for me. If you’re not a battery freak or a camper or survivalist, this post might not be your cup of tea, though! 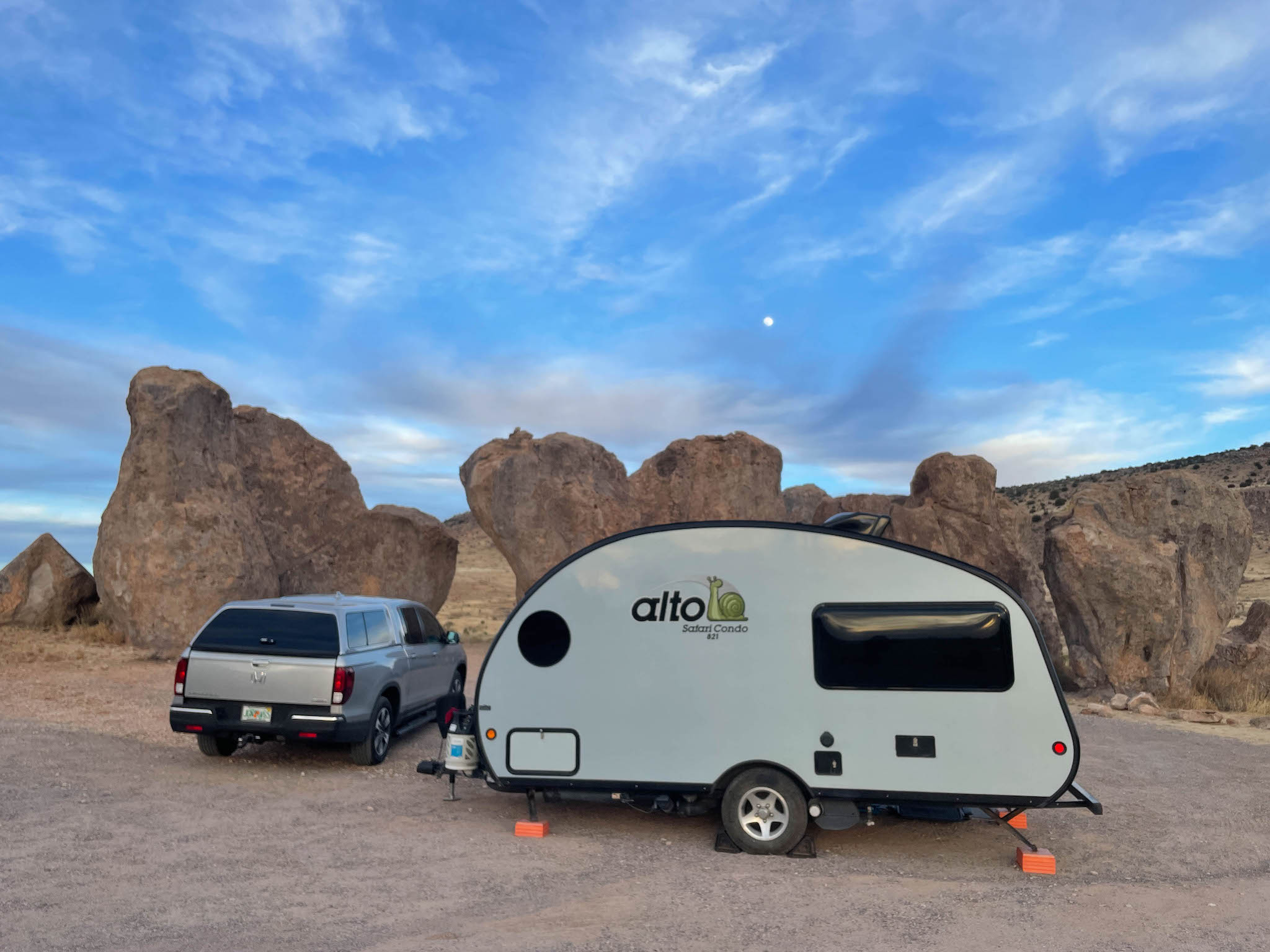 What is Dry Camping?

For those wondering about terminology, I use dry camping to mean that I’m at an “organized” campground like a state park offers reserved sites but that doesn’t have any services like electric hookups or water at each site. Boondocking, for me, means camping “in the wild” usually on BLM land where there might be a flat space with a fire ring made of rocks, but there aren’t any formal sites or reservations taken.

In state parks, you usually have access to water from a shared spigot and a toilet facility. At City or Rocks, there were two spigots where I could fill up containers and then use a funnel to fill up my water tank, which I did only once, since I arrived with a full tank of fresh water. The toilets were vault toilets and a fair walk in cold weather, so I used my own toilet and was careful about keeping an eye on the level indicator. Very careful, since the nearest dump station is about 25 miles down the road! There were no shower facilities at this park, so I used my own shower twice, and sponge-bathed as needed.

One of the big advantages of trailers like the Alto is that you are “self-contained” meaning that you can drink, cook, pee, and poop in your own RV without needing any support services. During the early months of the pandemic, many campgrounds required you to be self-contained because bathrooms were not open for use.

I’ve written about it before, so here’s the brief summary of my setup: a 100-hour lithium ion battery and 2 solar panels on the roof, producing a max of 180 watts. I rarely get that much, especially in winter when the sun in lower in the sky. I have a Victron battery monitor and a Victron solar controller, both of which are designed and settings optimized to work with the lithium-ion battery.

A significant factor in the efficiency of the solar panels is the orientation of the Alto, so whenever possible, I align the panels to maximize their exposure to the sun. This means pointing the trailer south/north rather than east/west if the campsite allows it. My site at City of Rocks did, so that’s how I set up. I got good views and decent solar, so win/win! 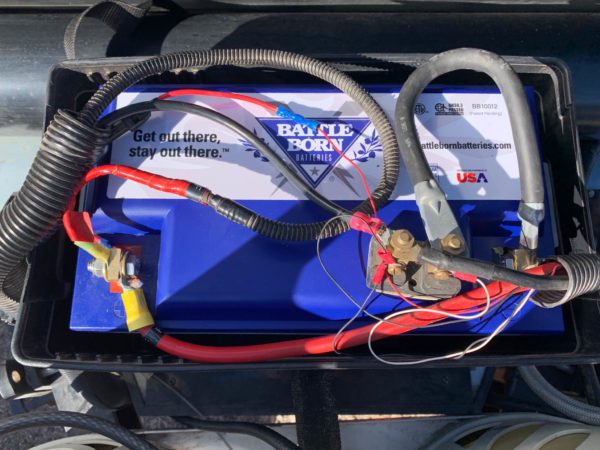 When I’m not on electric hookups, I depend on my trailer battery to power up all my devices, from trailer lights and heater to charging my phone and laptop. 100 amp-hours in this kind of battery means I can get down to 20% before I really have to start worrying about recharging the battery.

As I found out in December, several days of cold/foggy weather where my solar doesn’t produce much power can bring the battery down to below 25% and then there isn’t enough voltage to start up the 12-volt fridge or the Truma (which was running on propane but needed enough juice to start up and run the fan). Yikes. But as soon as the sun came out and the panels got some rays, the battery voltage went up enough that everything could start up. This time, at City of Rocks, with lots of sun and only one predicted cloudy/rainy day, I figured I would be fine. (tl;dr I was fine.)

Using the Victron iPhone app, I checked the status of my battery (SOC = State of Charge) and how many watt-hours the panels produced in a day. I could also see that the solar panels worked for only 8-9 hours out of the 12 hours that the sun was up. Just because the sun is shining doesn’t mean the solar panels are able to get anything if the angle between sun and solar panels is too low.

My data table shows the stats from last five days of my stay:

With decent amounts of sunshine (thanks, weather gods), I didn’t worry at all about my power situation. I ran the lights at night, I charged my toys when I wanted to, and kept myself warm and cozy at night. On the last morning, the battery was at 58% so I still had a lot of amp-hours left in case the weather had turned overcast for a few days. I have a propane-fueled generator but obviously didn’t need it this trip. Since I got the bigger battery, I have used the generator exactly twice in a year, and both times, I didn’t need it so much as I wanted to make sure it still worked in case of a real emergency.

Even though the overnight temps dropped down to the 25-30F (-4 to -1C) range, the good news is that the Alto’s aluminum shell means it heats up quite nicely after the sun comes up. And that sun streaming through the windows also helps, so I didn’t use the heater at all once the trailer had gotten an initial blast from the Truma heater. At night, the heater in propane mode was a rock star, keeping me warm and cozy. With a fleecy-lined Rumpl blanket, I slept very well with the indoor thermostat set to 55F (13F). 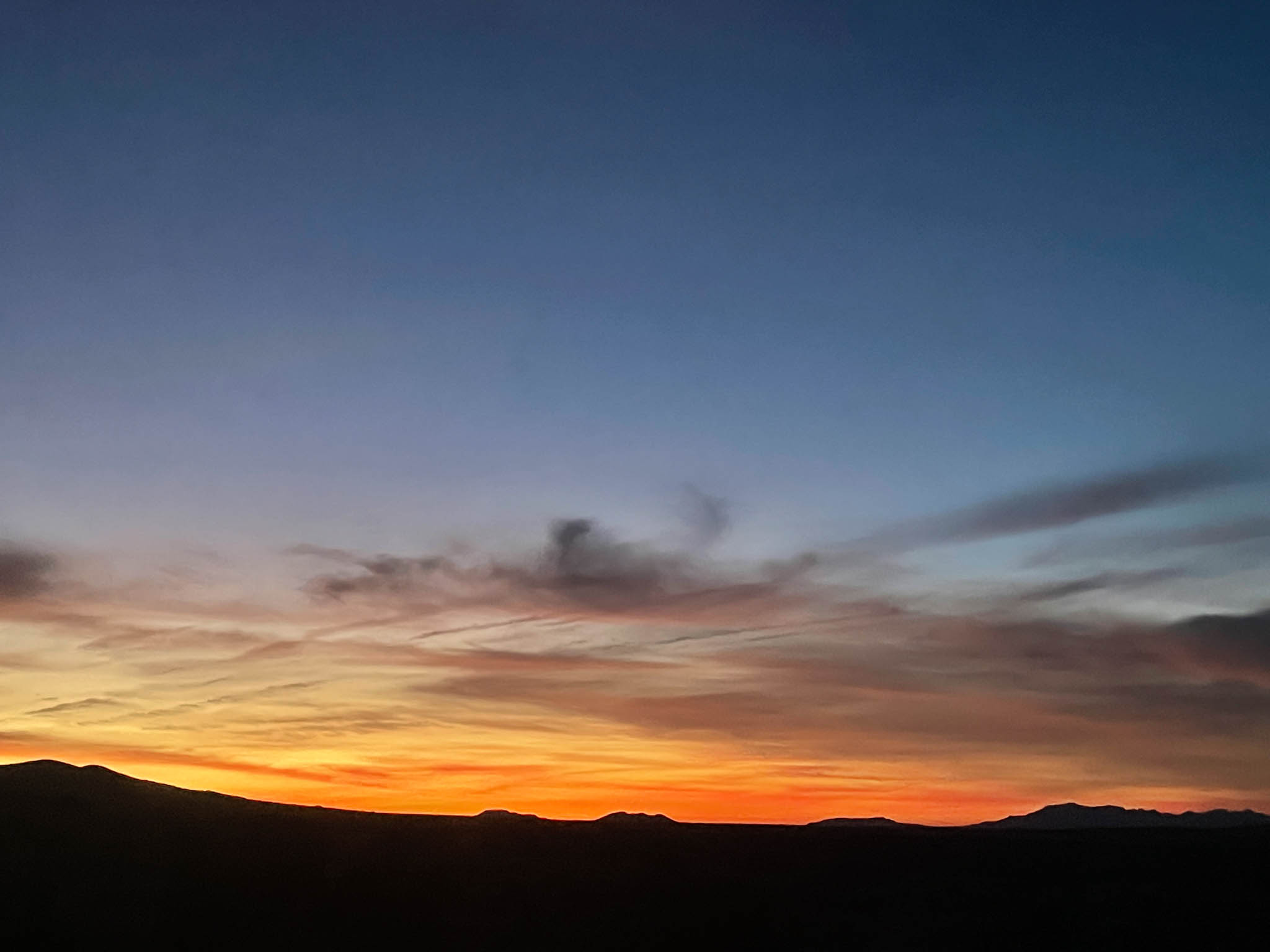 Solar power is cool. When you put panels on your roof, people notice, and they’ll be nicer to you. Well, maybe …