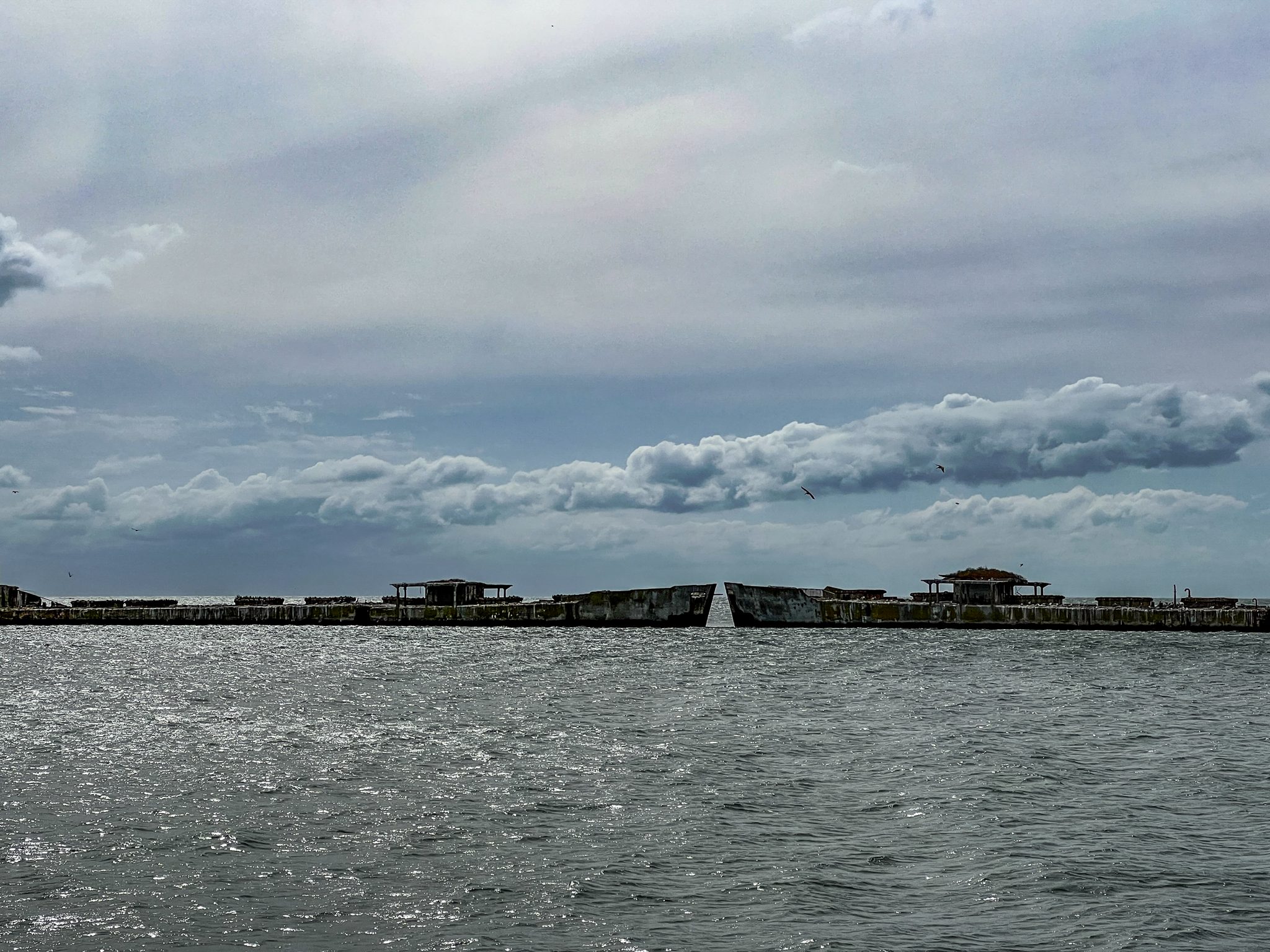 Remember that late September hurricane that decimated parts of Florida? I do, even though I wasn’t anywhere near Florida. A hurricane weather system extends hundreds and hundreds of miles so even though I was in Virginia (north of Norfolk, on the southern tip of the Delmarva peninsula), I still got a fair bit of adverse weather. 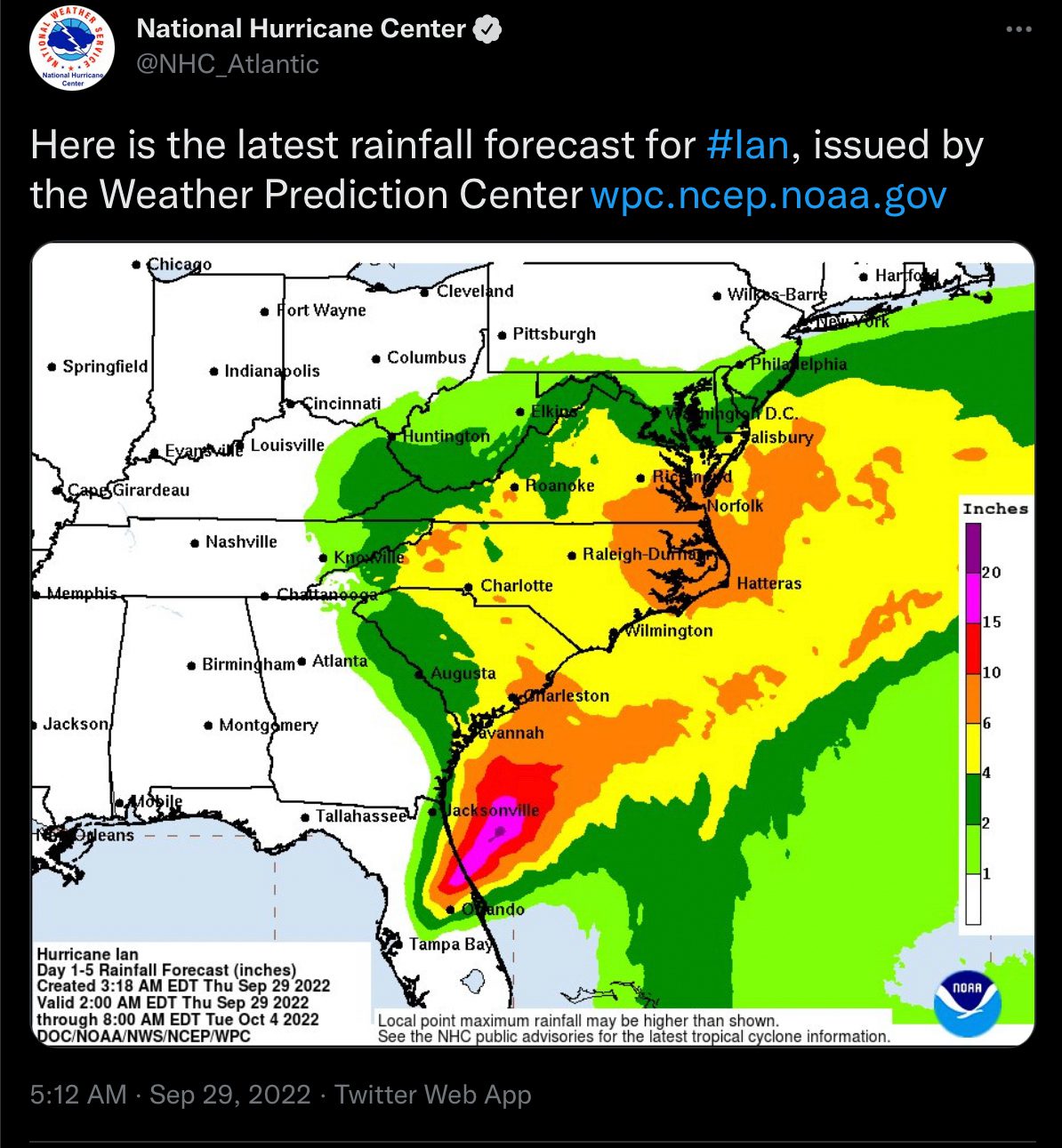 I arrived at Kiptopeke State Park, near Cape Charles and about seven miles north of the Chesapeake Bay Bridge and Tunnel (CBBT if you like acronyms), just as the weather started to deteriorate. That first night was full of wind that blew so hard my Alto trailer, sitting in the open field part of the campground, was rocking side to side. The next morning, as the bands of rain started coming through, I took advantage of a break and moved my trailer into a more sheltered spot, although I was careful to keep it and my tow vehicle out from under any trees. And when there was a longer break, I went for a short hike, knowing I was going to be inside my little trailer for much of the next few days, trying to stay dry. 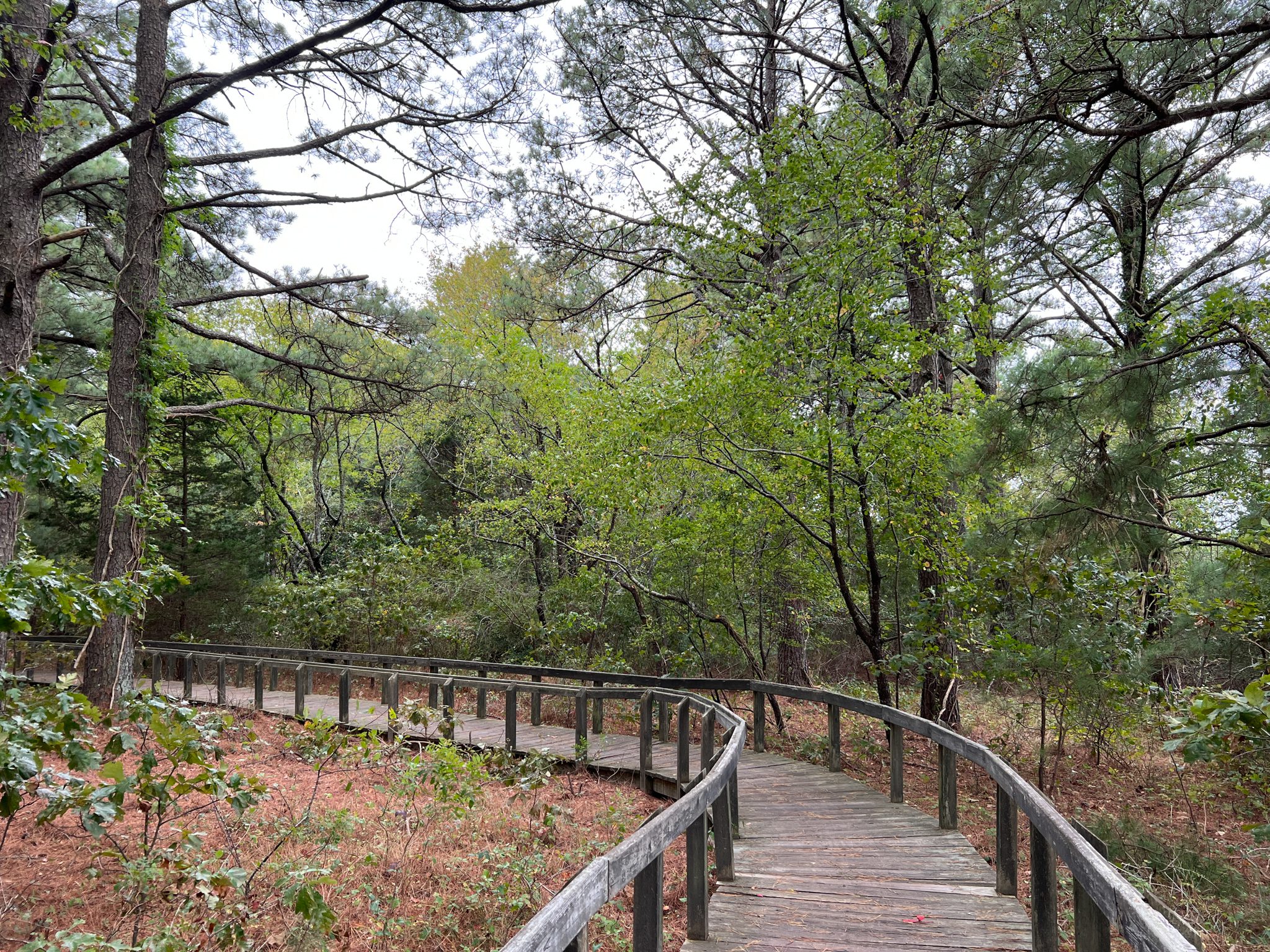 Ian looked like this at one point after it left Florida and headed for the Carolinas. That black mark is where I was at Kiptopeke. 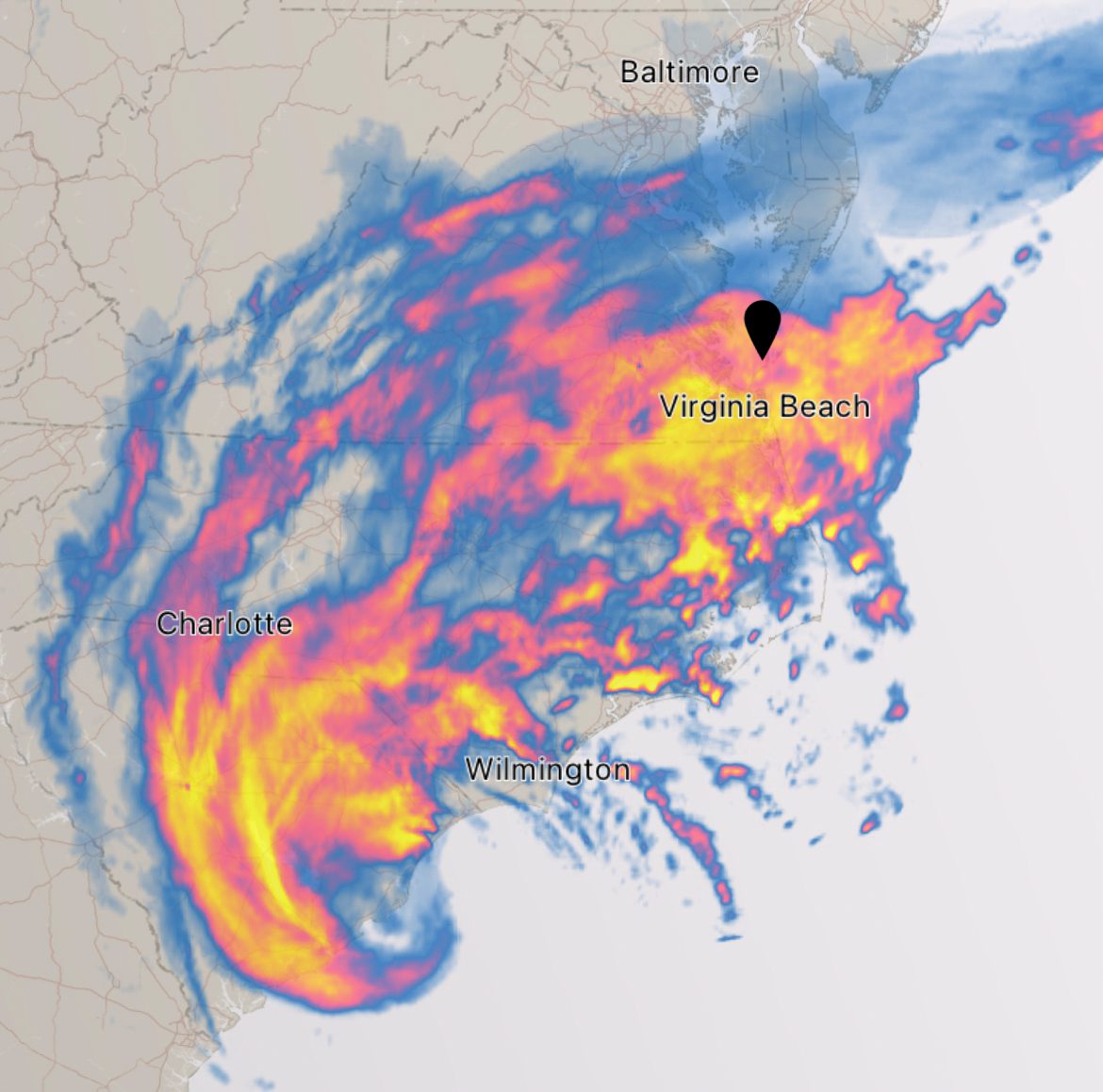 I went for a very windy walk on the beach during another break in the rain, under grey scudding clouds that swiftly went from one end of the horizon to the other. By the time I finished my walk, my teeth and hair were both gritty with blown sand. 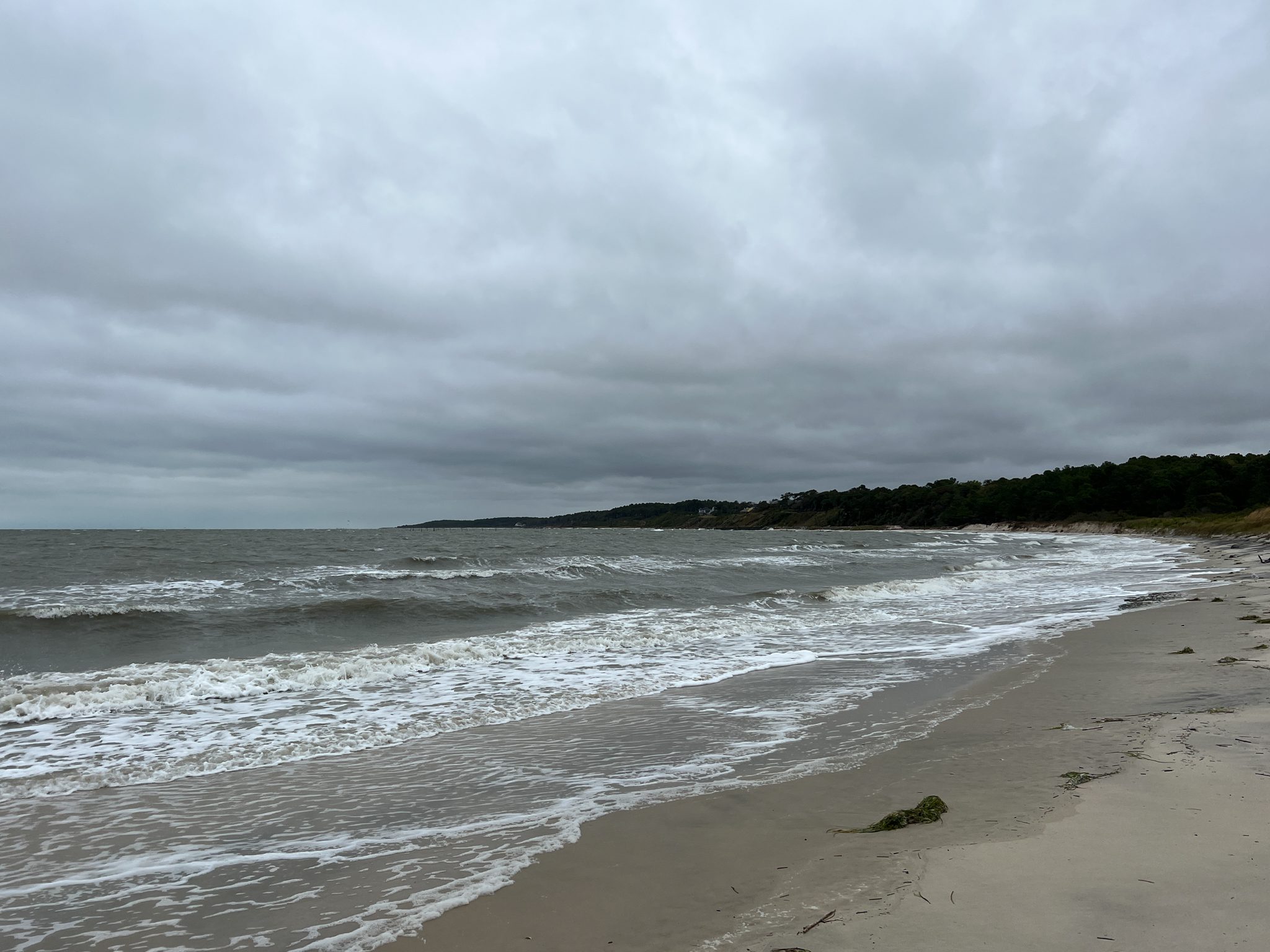 I thought maybe I had left tornado warnings behind me in the midwest, but Ian proved that theory to be seriously wrong. I packed my “go bag” full of the stuff I would need if the watch descended into a warning and I would have to take refuge in the concrete bath house. Fun times, packing a go bag. You try to figurre out what you really need (phone, charger, laptop, charger, change of clothes, etc.) and what you have to leave behind (favorite jewelry, photos, journals, etc.) and hope the storm doesn’t come near you. I grew up with earthquakes in LA, not tornadoes, so a tornado somehow feels more scary and random than an earthquake. I know that sounds weird, because with tornadoes you get warnings, while earthquakes just hit. But with earthquakes, you don’t have to worry – it comes and then you deal with it; there’s no worrying for hours if it will or won’t hit you. 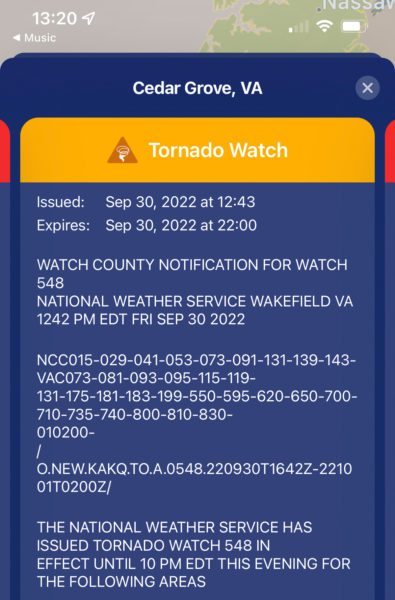 And let’s not forget the other weather warnings that kept my phone pinging all day, every day, for three solid days. I think this was a “personal best” for sheer number of warnings in force at one time, and that’s saying a lot, considering I’ve been on the road for six and a half years. 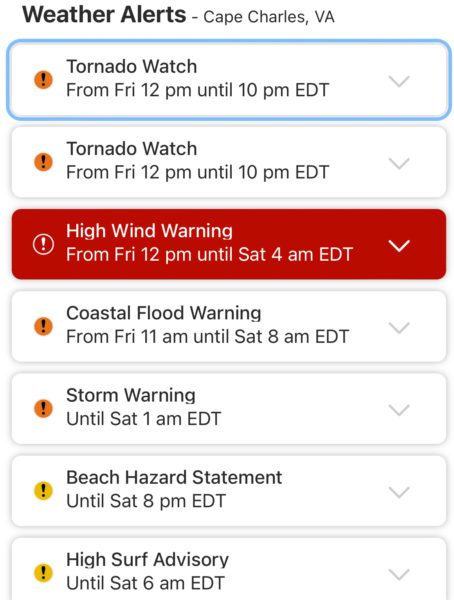 I did slide outside once during the storm, walking down to the boat ramp and checking out how high the water had risen at that lowest elevation in the park. I wasn’t worried about the campground flooding, as it was a quarter mile inland and at least 50 feet higher than the bay (and, yes, I used the stats on my iPhone recording of that walk to see my elevation and distance). Both walkways on either side of the boat launch were flooded, but the water never got any higher than that. 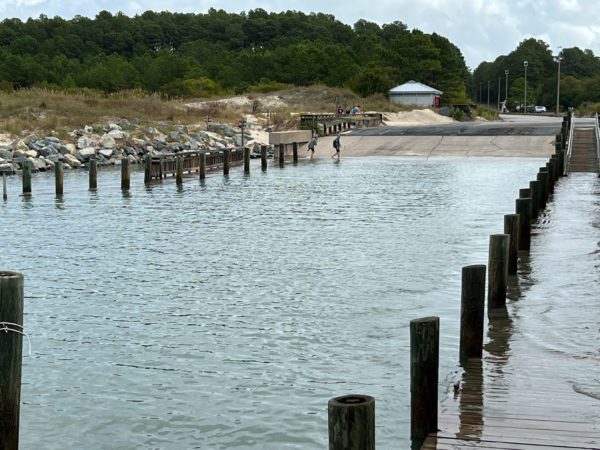 On day four, the storm abated somewhat, but the rain bands were still coming through most of the day. Just before sunset, though, I looked up to see this tiny patch of blue sky and my heart was filled with happiness. The storm was finally breaking up, promising a better tomorrow. 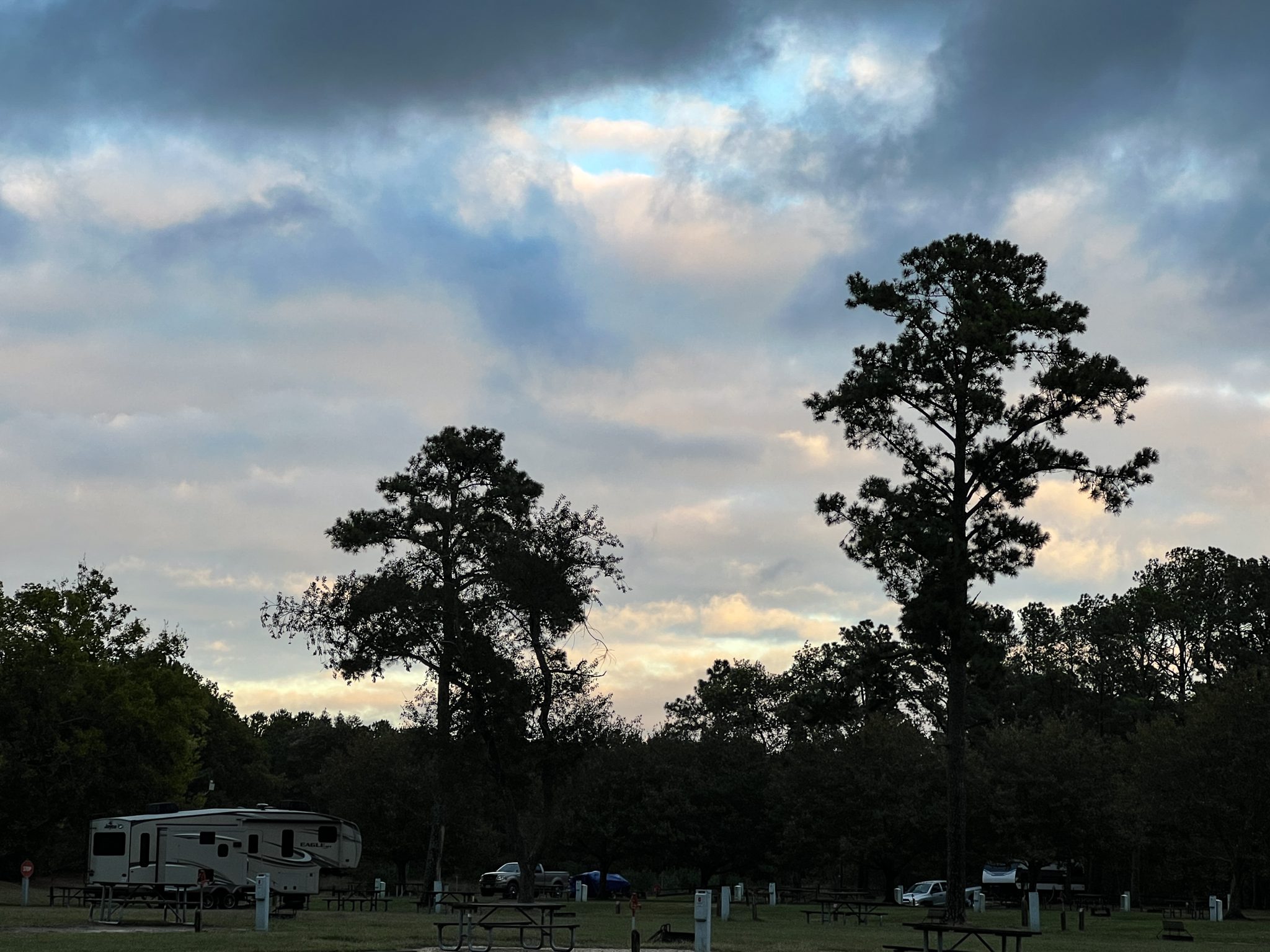 I’ve now been lucky enough to miss two hurricanes in the south, and I can only hope that streak continues!

There’s always another storm. It’s the way the world works. Snowstorms, rainstorms, windstorms, sandstorms, and firestorms. Some are fierce and others are small. You have to deal with each one separately, but you need to keep an eye on whats brewing for tomorrow.

2 thoughts on “Experiencing Ian from a Distance”