I spent a week based in western Massachusetts, at the slightly throw-back setting of an RV park in Granville. Most of the RVs in that park looked like they hadn’t moved since they’d been dropped into their spots, and the weekend was Party Central, when everyone showed up and cracked open a few beers. The rest of the time? It was so peaceful and my spot was so shady. 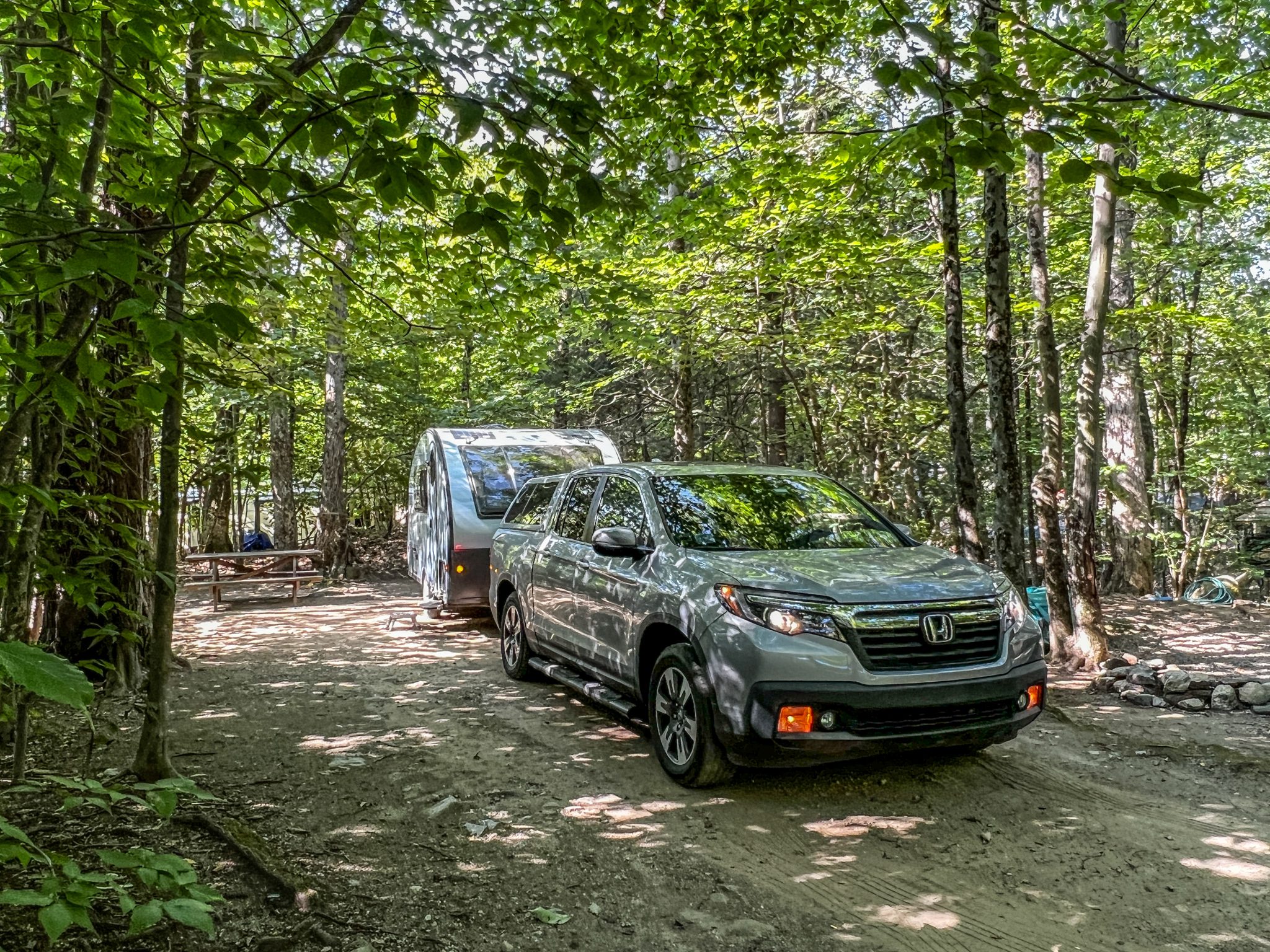 Westfield was a fun place, and I definitely enjoyed exploring the area.

On the Monday night, my friend Mike, he of the really serious car collection, invited me to the showing of his Corvette club. The weather had turned nice (low 80s instead of mid- 90s) and the cars on display were gorgeous. This was a row of newer ‘Vettes, which was fun to see. 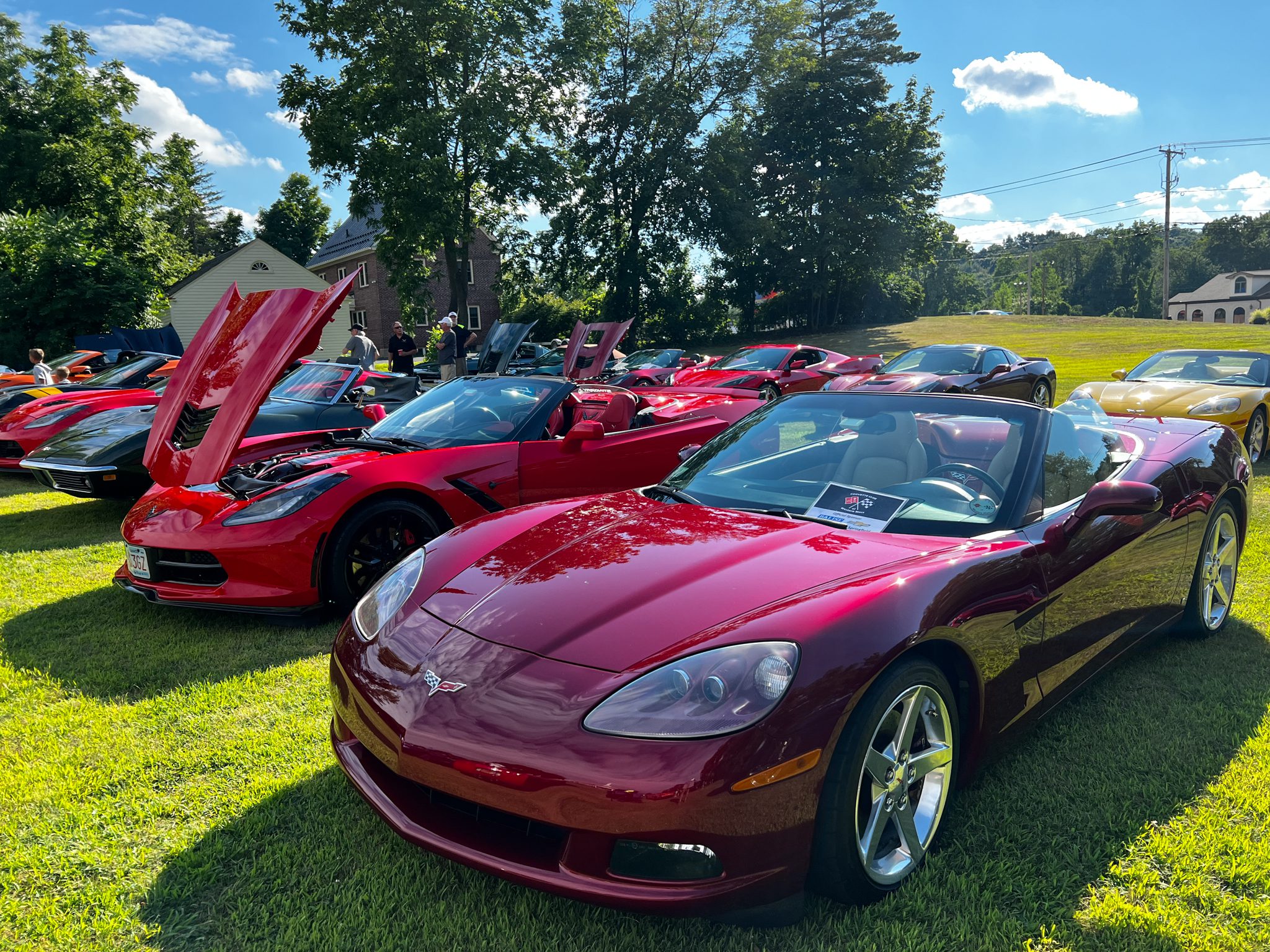 But, I’ll be honest, it’s the older Corvettes I love, the ones that have the classic look, like this 1964 convertible, still owned by the original purchaser (and those papers on the windshield back up that claim). Looks like such a sweet ride! 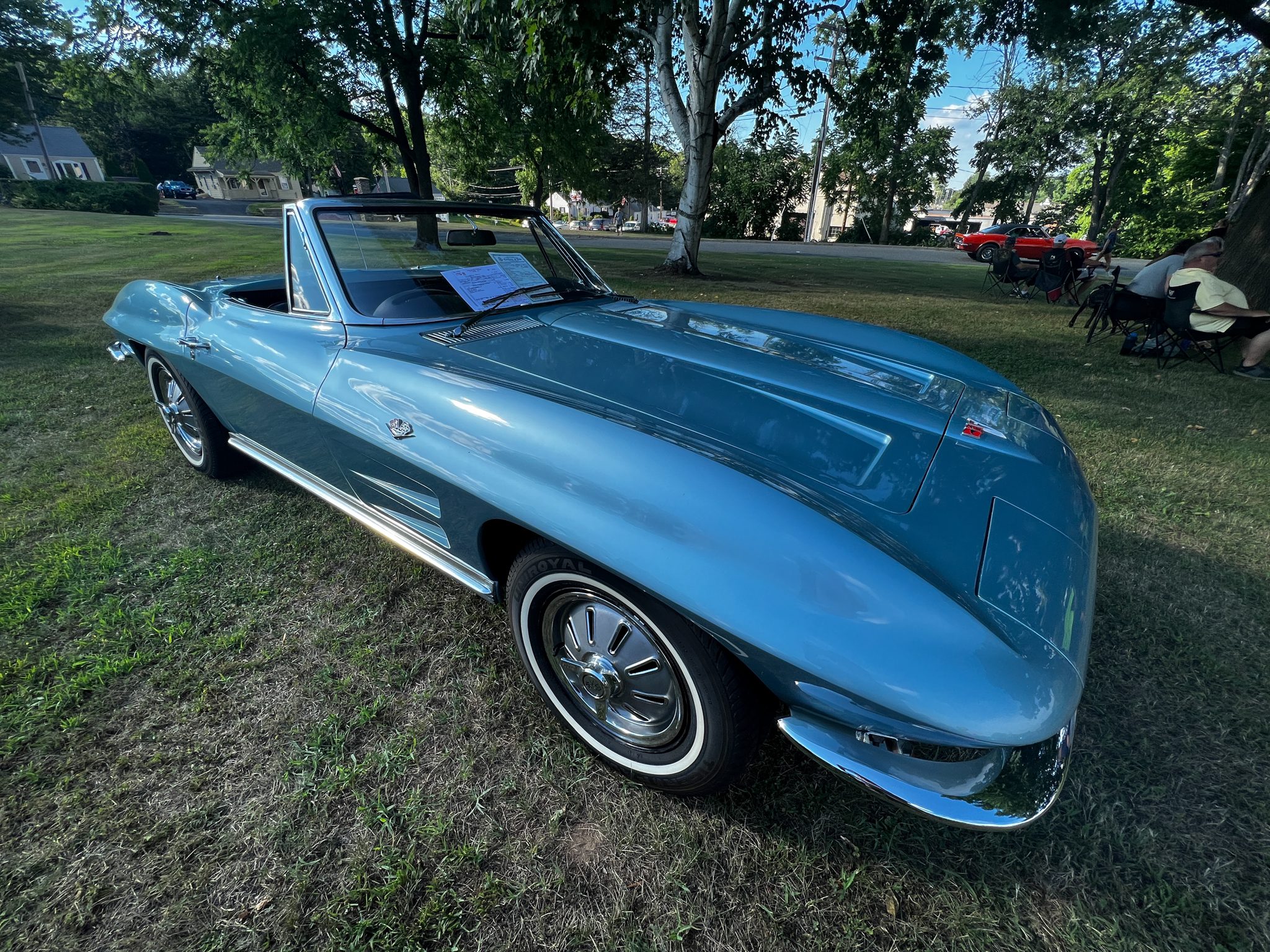 Mike explained that this split rear window was a rarity because it is only in one year of Corvettes. It really killed the view out the back, as you might guess, so they went back to a solid window the next model year. It may be slightly more than impractical for driving, but it looks really cool. 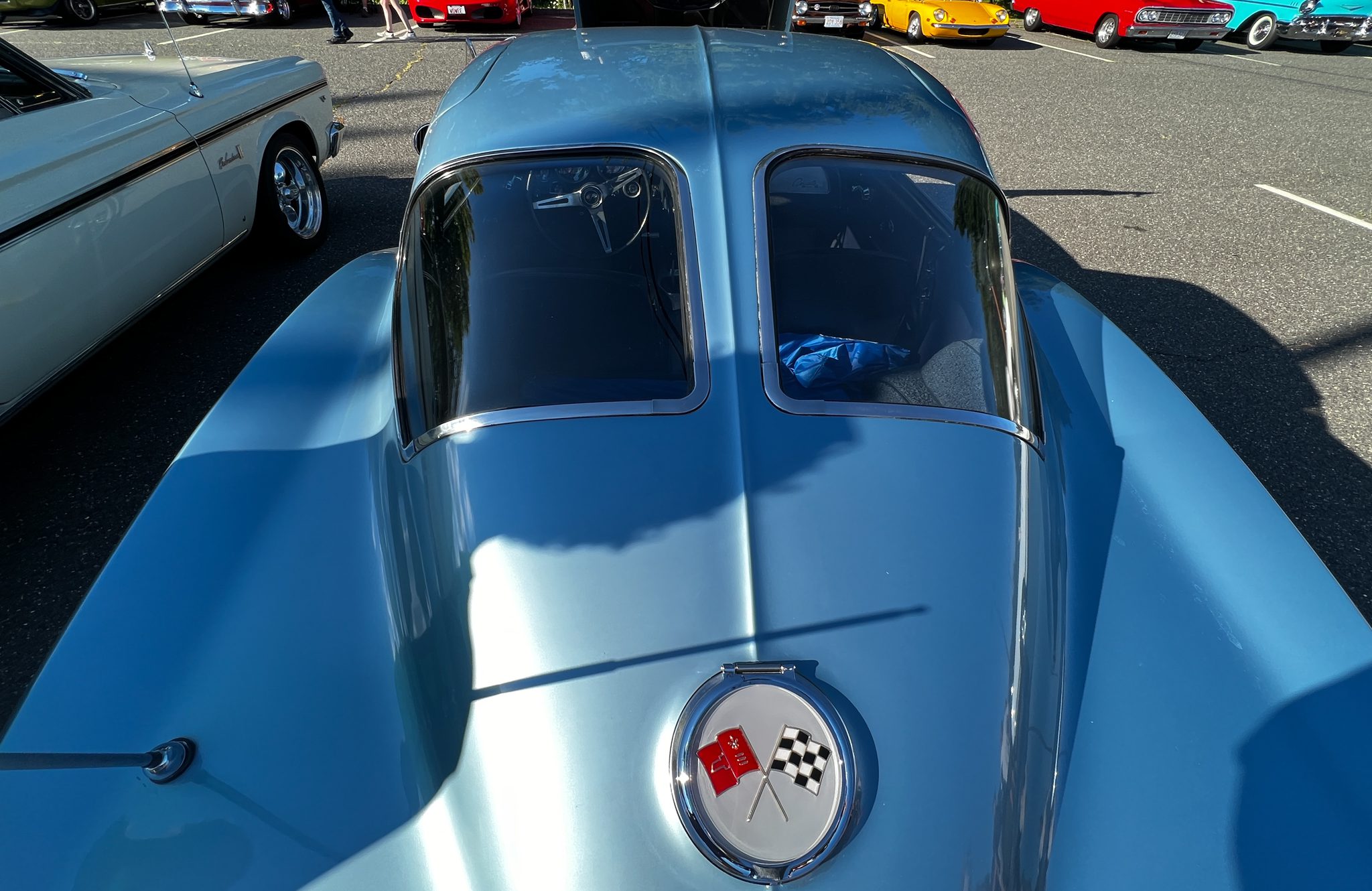 And of course, I have to feature Mike’s convertible Corvette, another 1960s vintage model. Just look at the steering wheel, the mirror, and those dials. It was sooooo fun to tool around town in this baby, hair streaming in the breeze and feeling so very cool. Thanks, Mike, for sharing the delights of Westfield with this out-of-towner! 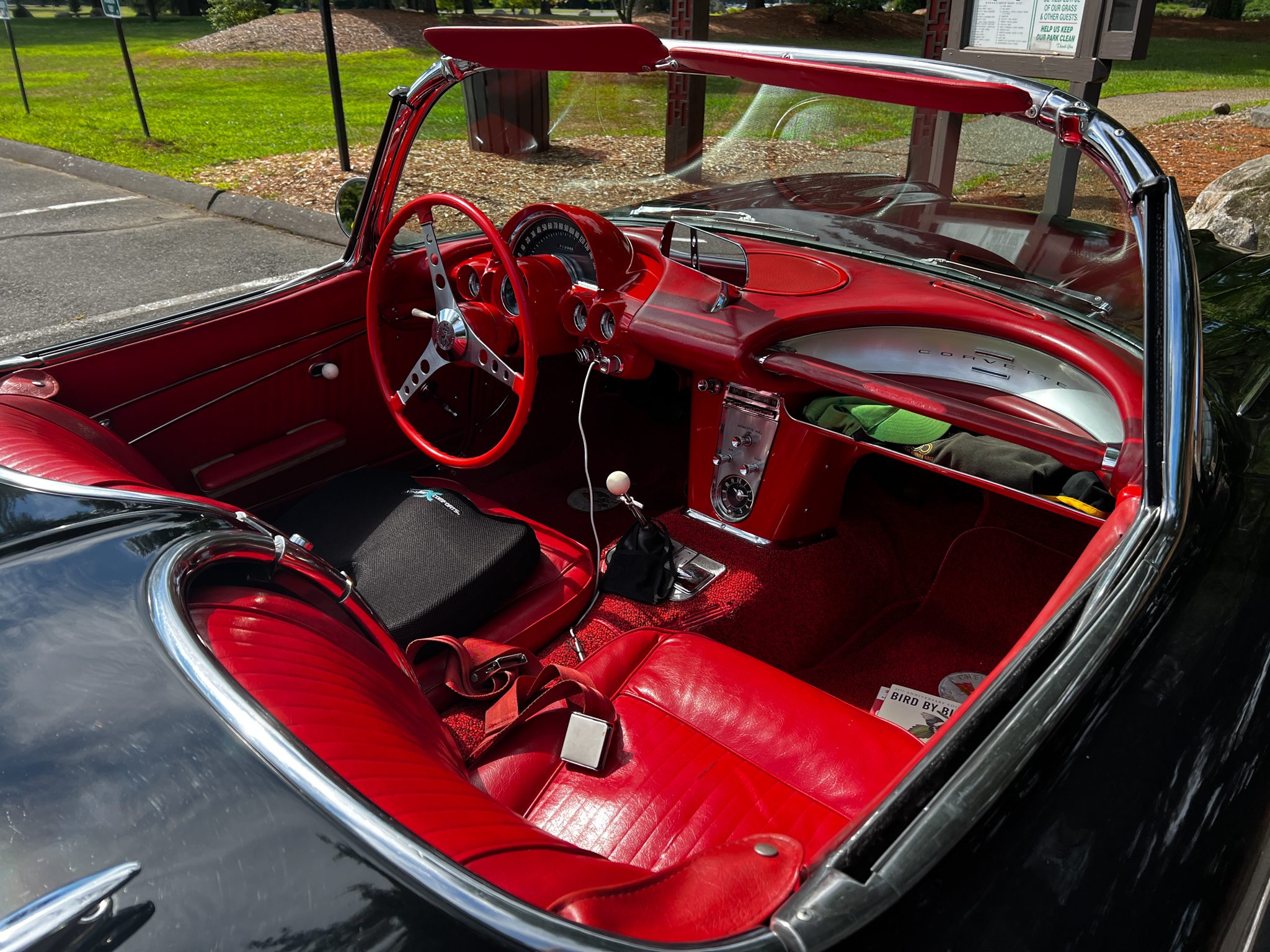 Mike and I also snuck in a bit of traditional culture, an art exhibit and short tour of the library, more formally known as the Westfield Athenaeum. It’s quite the building! It’s been restored and rebuilt over the years and now its just lovely. The paintings in the photo below and in the cover photo for this post were all part of an exhibit just inside the Athenaeum, called Golden Rain: A Feminist Sensibility in an Eclectic Age, by Ruth Kjaer. Each painting has a figure hidden in it somewhere, and Mike and I had fun spotting them and then figuring out which paintings we’d actually buy if we had a spare several grand laying around. 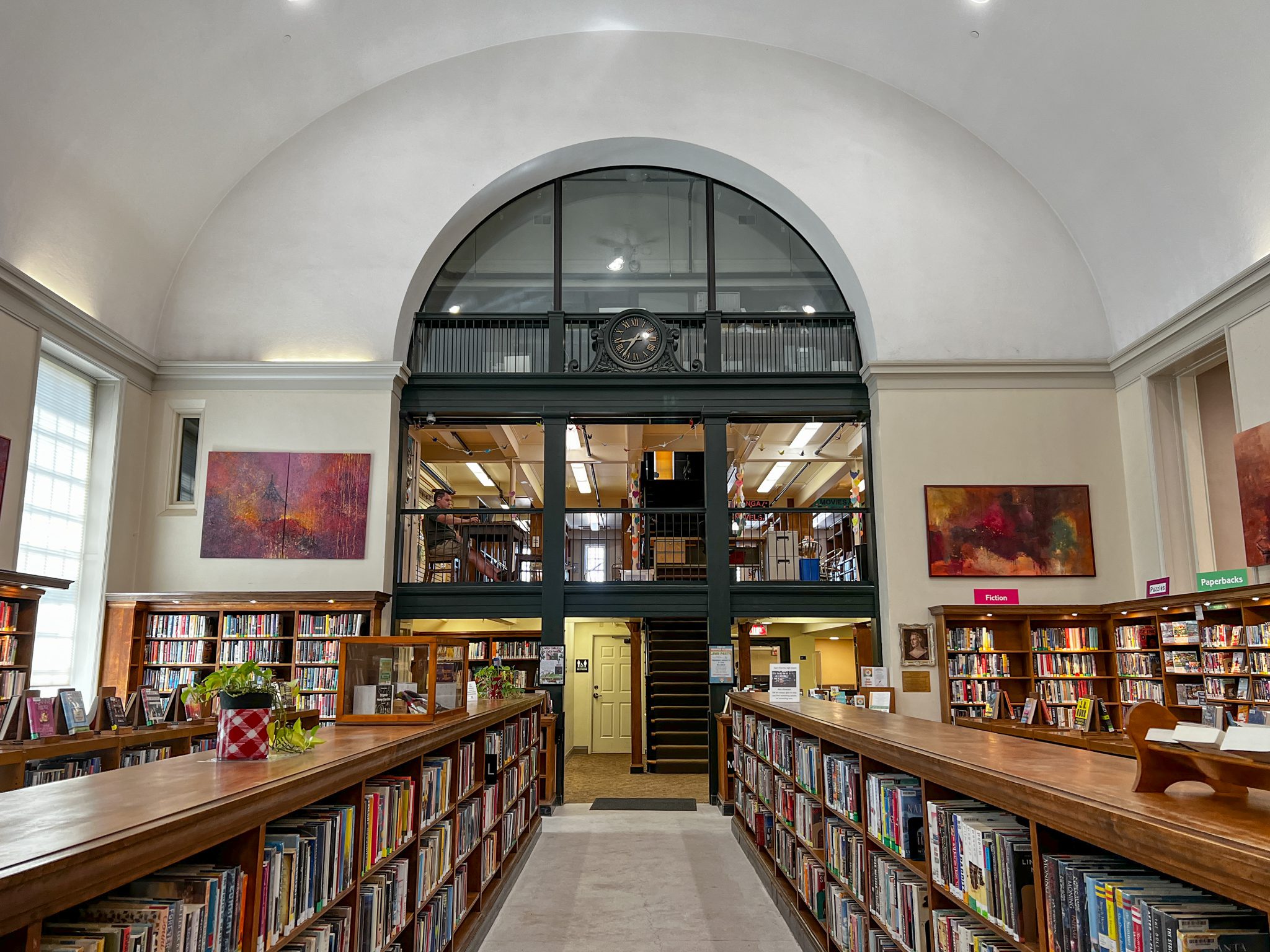 I realized as I was writing this post how much my parents are still part of me. My dad was a car guy, tearing them apart, building them back into racers, and going up to Bonneville in August with friends to test out how fast those cars were. My mother was a book lover, and I still remember hitting up three libraries every Saturday, where she would check out the limit at each one and read all of them by the following Saturday. No surprise that after we were all in high school, she went back to college, earned a Master’s in Library Science and worked as a librarian for many years. Me, I appreciate a fast car and the low rumble of a big engine, a good book and a beautiful library.

What we have once enjoyed we can never lose. All that we love deeply becomes a part of us.