One of the most fun things I did last week was paddle on a little lake at Rutland State Park, north of Worcester, MA. In fact, it was so nice, we did it twice! 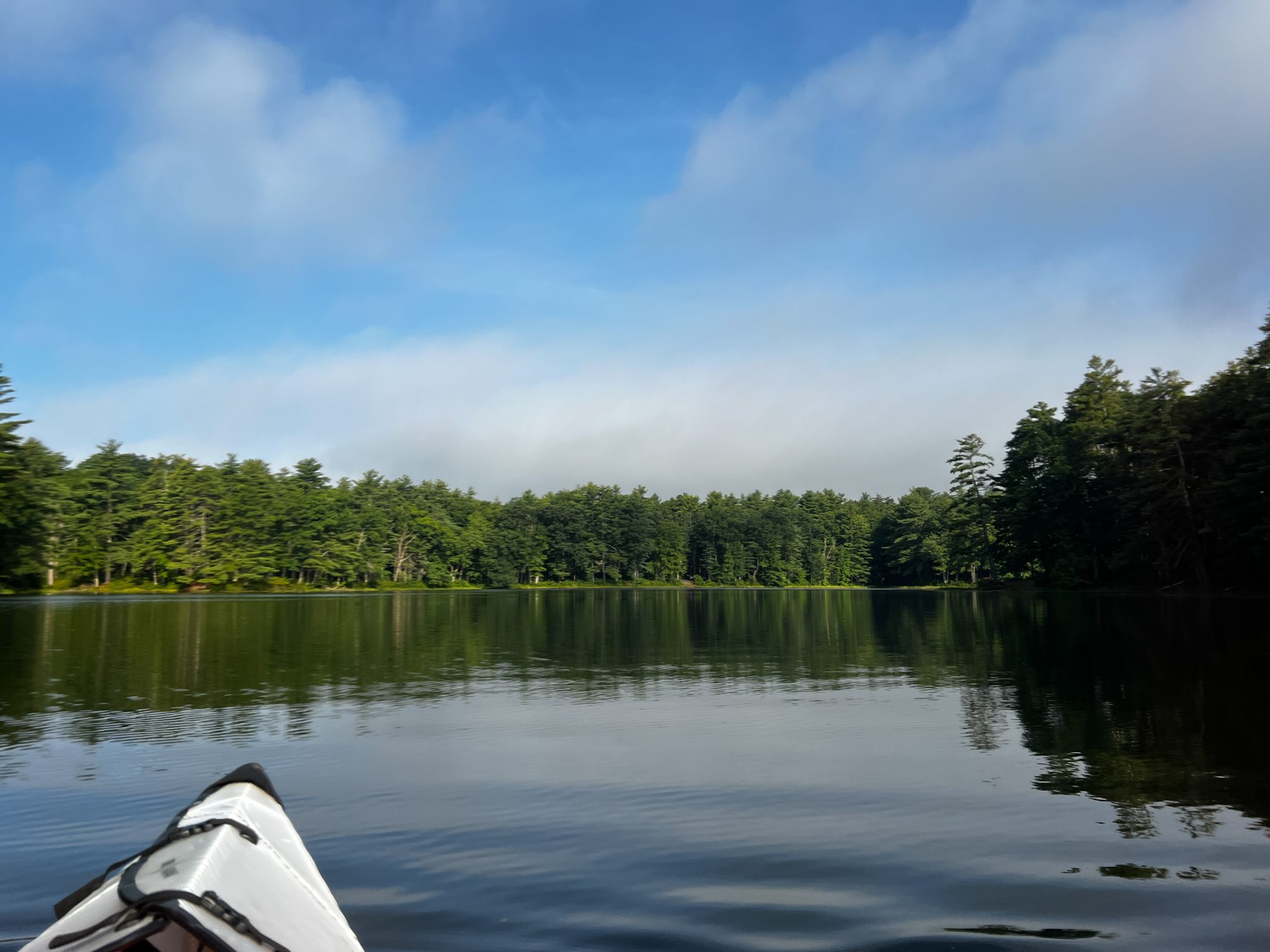 And when I saw “we” I’m not using the royal “we.” I met up both times with my long-time friend, Sue, for the adventure. First day was really sunny and it got a bit hot by the end, but still worth it. Second day started out just as the fog slowly lifted and the air was still a bit chilly, so we stayed out longer. 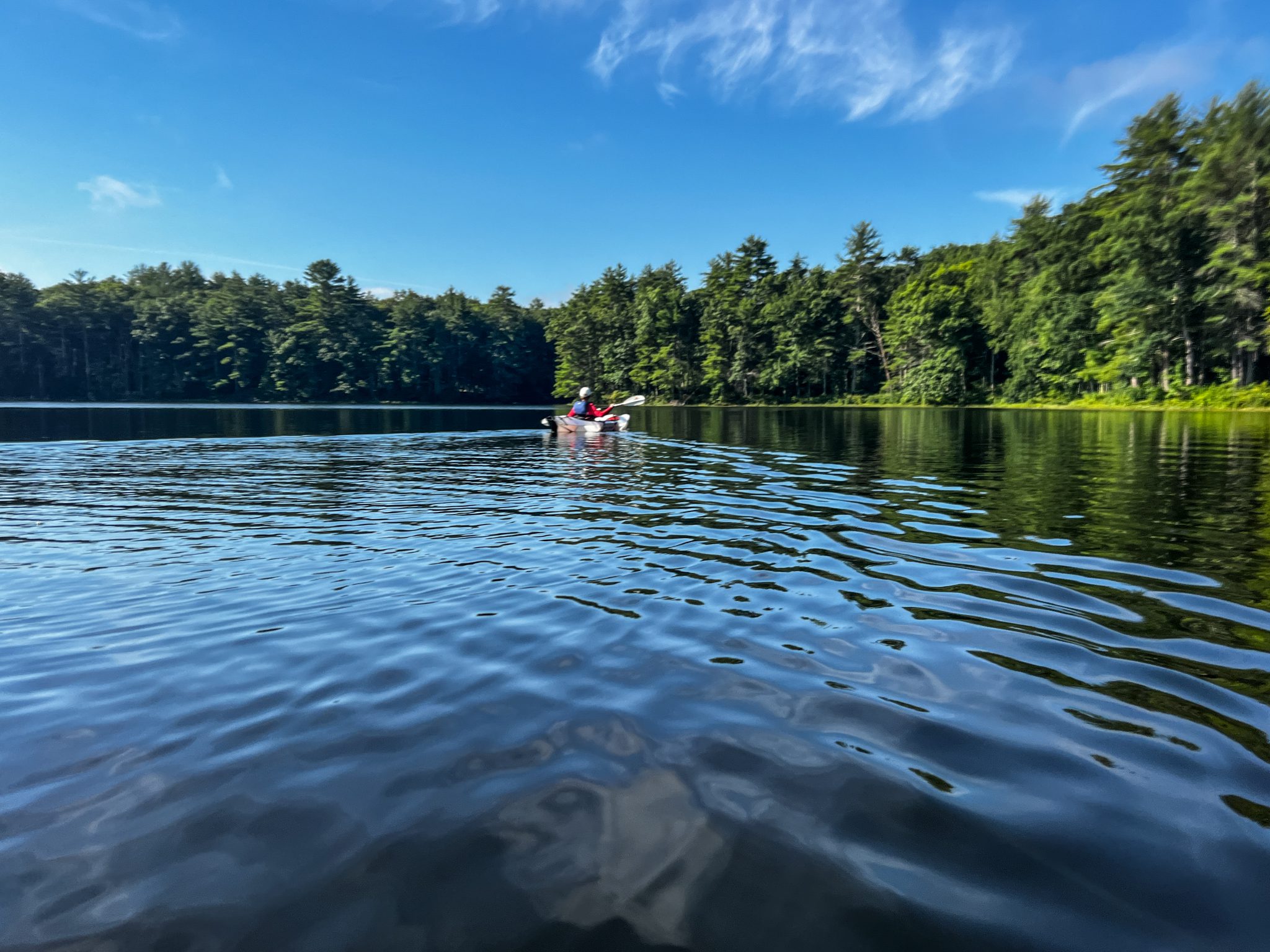 Both times, the water was pretty flat, which is just the way we both like it. Both because we’re not into running rapids or even fighting waves and because it made for some really nice reflections on the water. 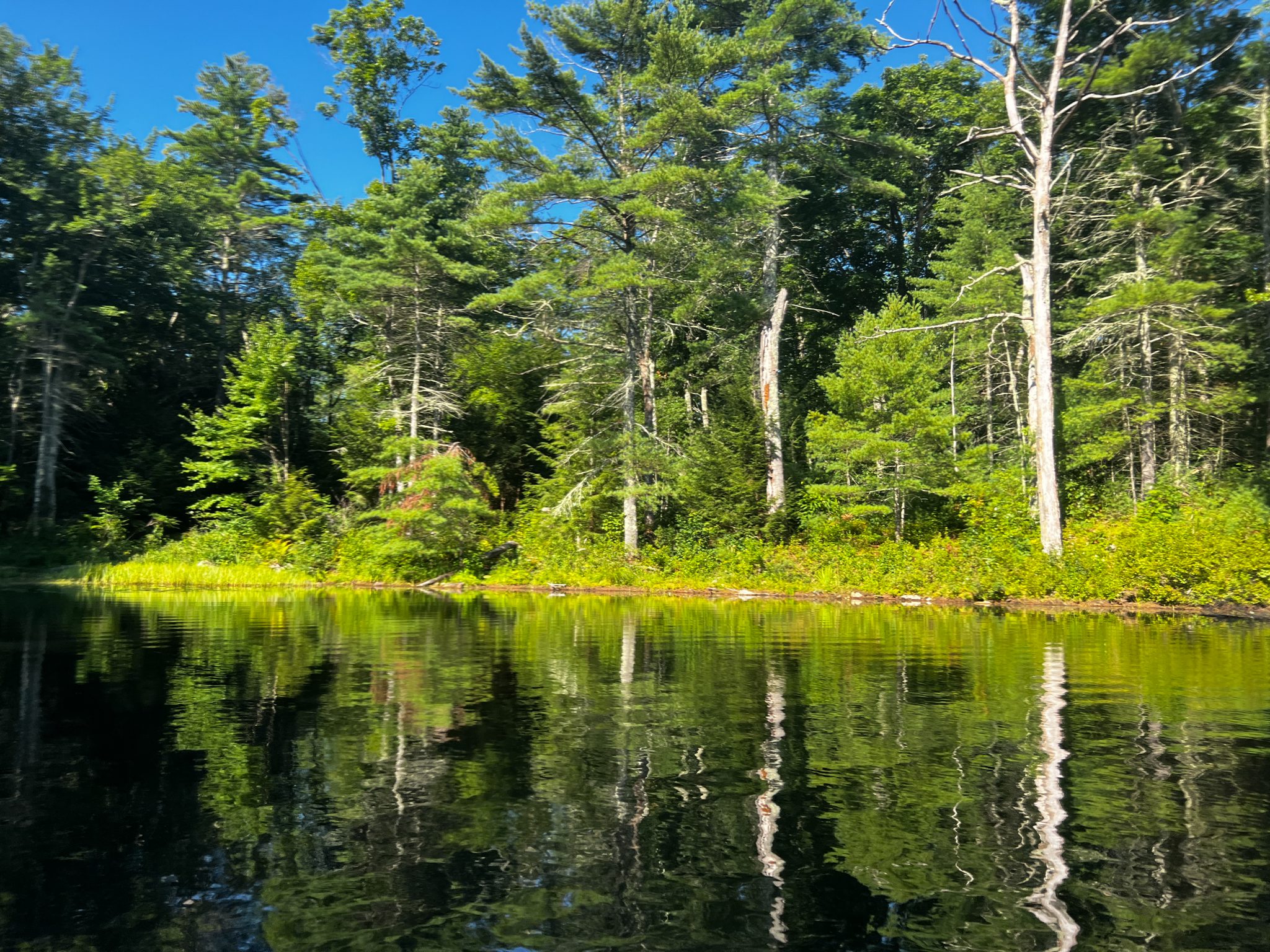 Proof I really was out there: that’s the bow of my little kayak following in Sue’s wake. 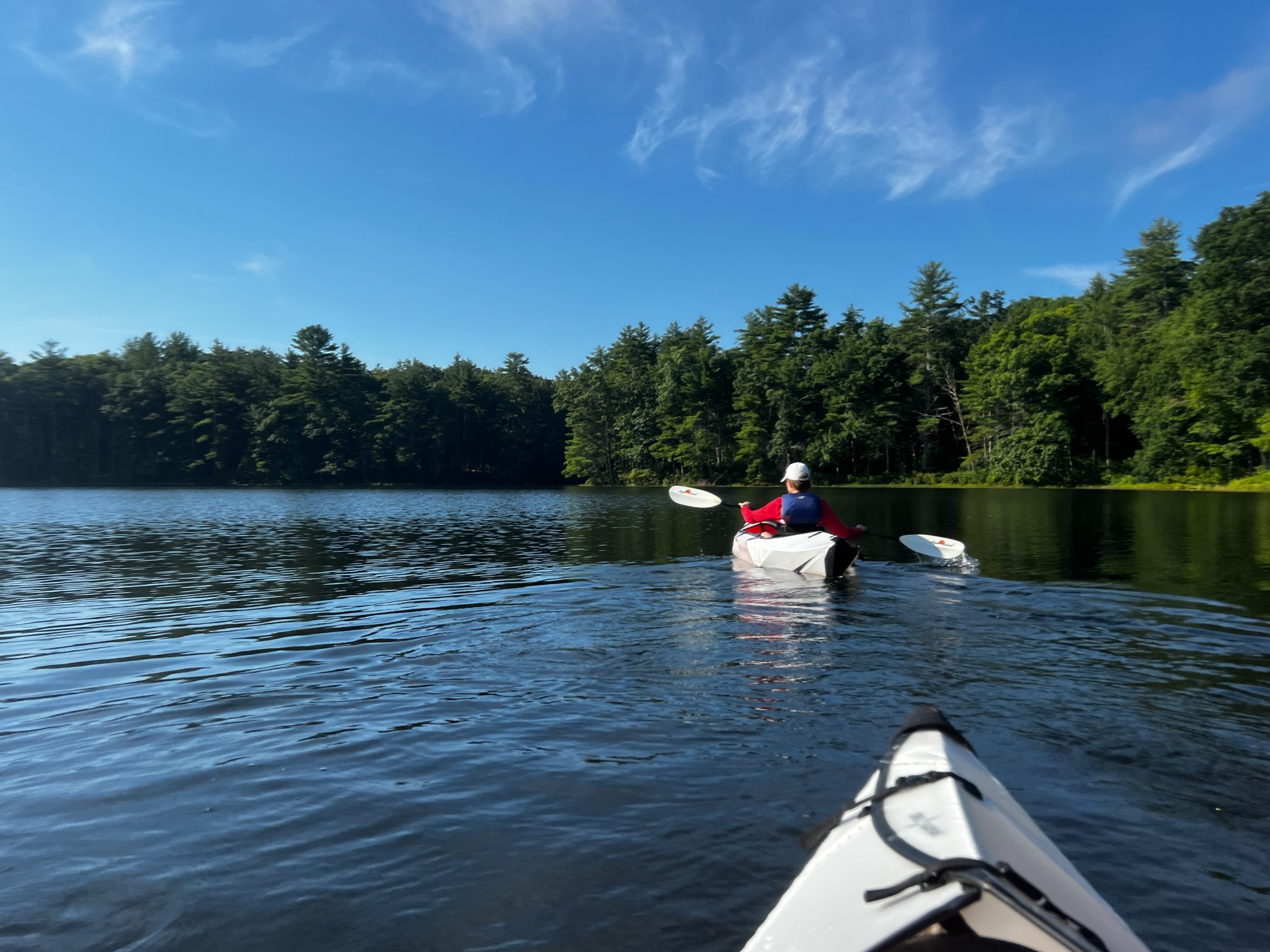 The kayak/canoe launch was a bit hard to find (it’s the first left after the beach) but worked well enough for sliding our kayaks in and out of the water. It’s not a huge lake but for a local paddle 10 minutes from the campground, it was perfect.

We’re paddling Oru Inlet kayaks (bought and paid for, no paid endorsements for me…). I have the Lake waiting for me in Pennsylvania, so I’ll see how it compares at some point after that.

A lake is the landscape’s most beautiful and expressive feature. It is Earth’s eye; looking into which the beholder measures the depth of his own nature.