Tucked away in a two-story building in downtown Indiana is a little gem of a museum, the Swope. And, by golly, it’s also free. (They have a cool donation station where you dip your card to donate $5 but it’s not at all a high-pressure deal). I went to see a photography exhibit on the second floor but I was also captivated by the Indiana Impressionists special exhibit on the first floor. And it’s not every day that you walk straight into a Renoir, either.

Before showing up at the Swope, I had no idea there was a whole branch of American painters who were part of the Indiana Impressionism movement, based in Brown County, Indiana. There were five key painters, the Hoosier Group, and they were active from 1880-1915. Some absolutely lovely paintings on display, and this one of Lake Michigan ended up being my hands-down favorite.

The primary reason for coming to the Swope was to see one room of photographs by John Rosenthal. Working in black and white, mostly in New York City, these photos are simply beautiful in their composition and scale. And they made me so homesick for the streets of New York and for Central Park.

A good photograph can evoke memories long locked away in my heart, and these did exactly that. Looking at them made me so homesick for the streets of New York and for walkways and waters of Central Park.

In the introduction to the exhibit, Rosenthal tells about his struggle to find his own vision as a photographer. Eventually, he writes, I began to hear my own quiet voice; it was almost part of my breath: Don’t look for the decisive moment. Look for the indecisive moment. That’s what you see.

I’ll end with another quote of his, Those were my favorite years, the years of not knowing what I was doing. I love that quotation.

On the other side of the second floor was a great display of some modern art, including this Andy Warhold portrait of Marilyn Monroe. Not that fond of the colors, but it was definitely fun to see such an iconic painting so close, and with no one else in the entire room. 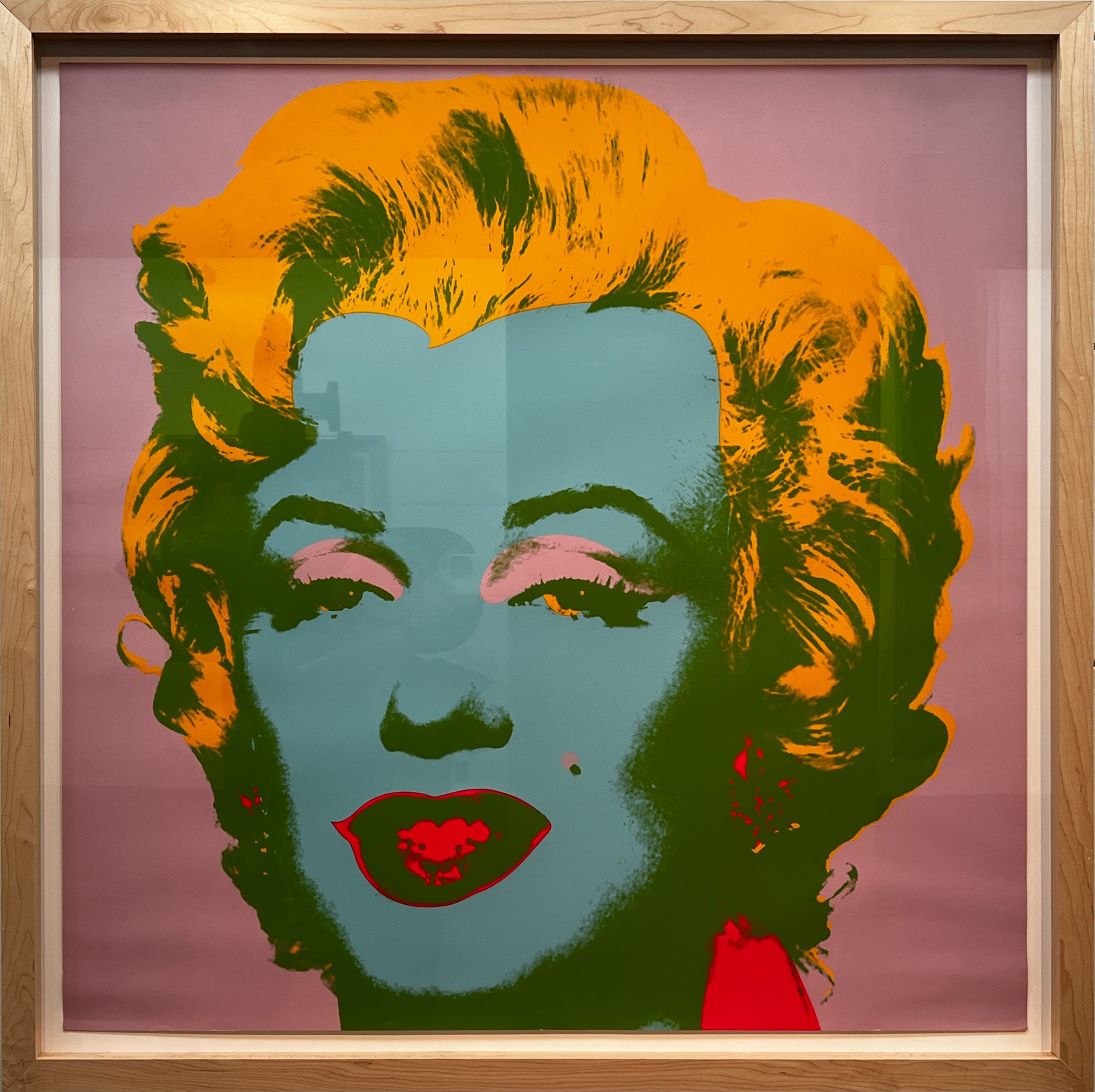 I’ll close out with this absolutely wonderful painting by an English painter, HIlary Eddy. 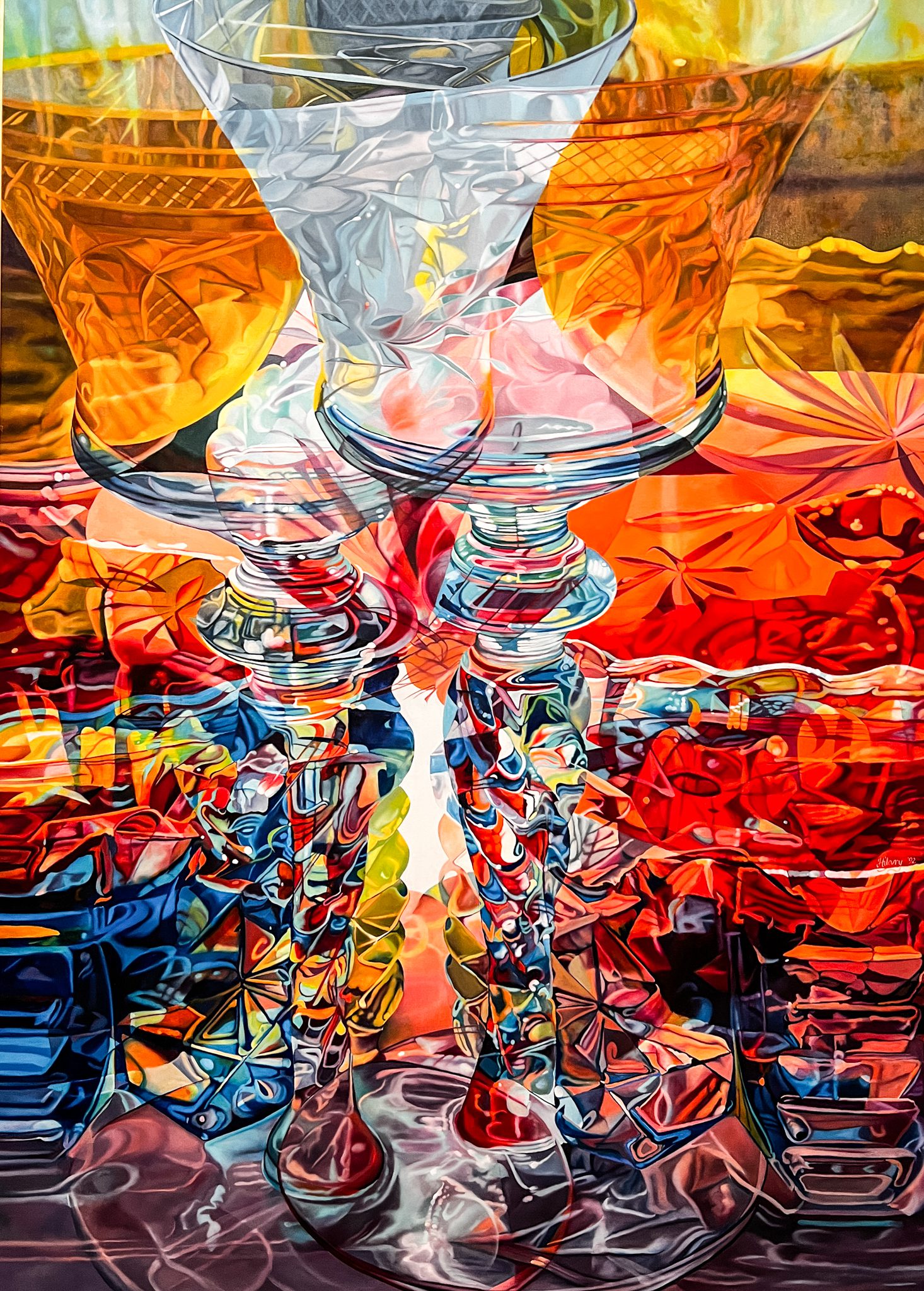 As the artist says about this work, The world of everyday objects hold surprises for whomever looks at it attentively. I may never look at a glass the same way ever again!

To live out-of-doors in intimate touch with nature, to feel the sun, to watch the ever-changing face of the landscape,… this is the heaven of the Hoosier painter.