On April 19, 1995, two domestic terrorists set off a bomb in front of a federal building in downtown Oklahoma City, killing 168 people and injuring hundreds of others. I came to Oklahoma City was to pay my respects and to bear witness to an awful moment in our nation’s history. I knew it would be hard, but I had no idea.

The memorial is designed to show in large scale, not just tell in words, what happened that day. It’s visceral, like a gut bunch to stand there, understand the physical layout, and then put it all together. It’s a powerful design, one that moved me to tears then and moves me to tears as I write this post.

The reflecting pool and grassy area behind it are where the Alfred P. Murrah Federal Building stood on that day in April, 1995. At one end of that space is a large dark wall with 9:01 cut out of it. 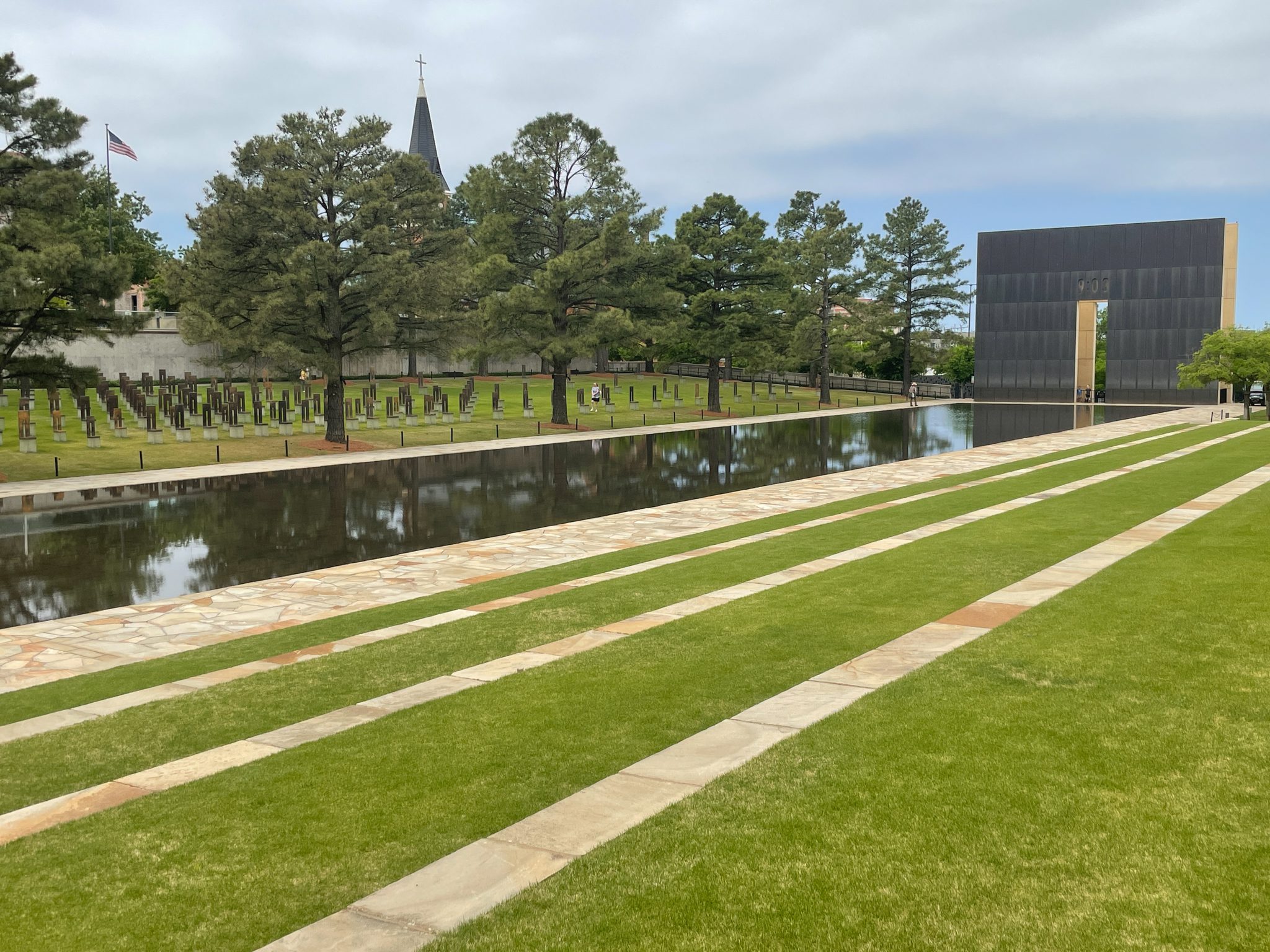 At the other end, a matching wall displaying 9:03. 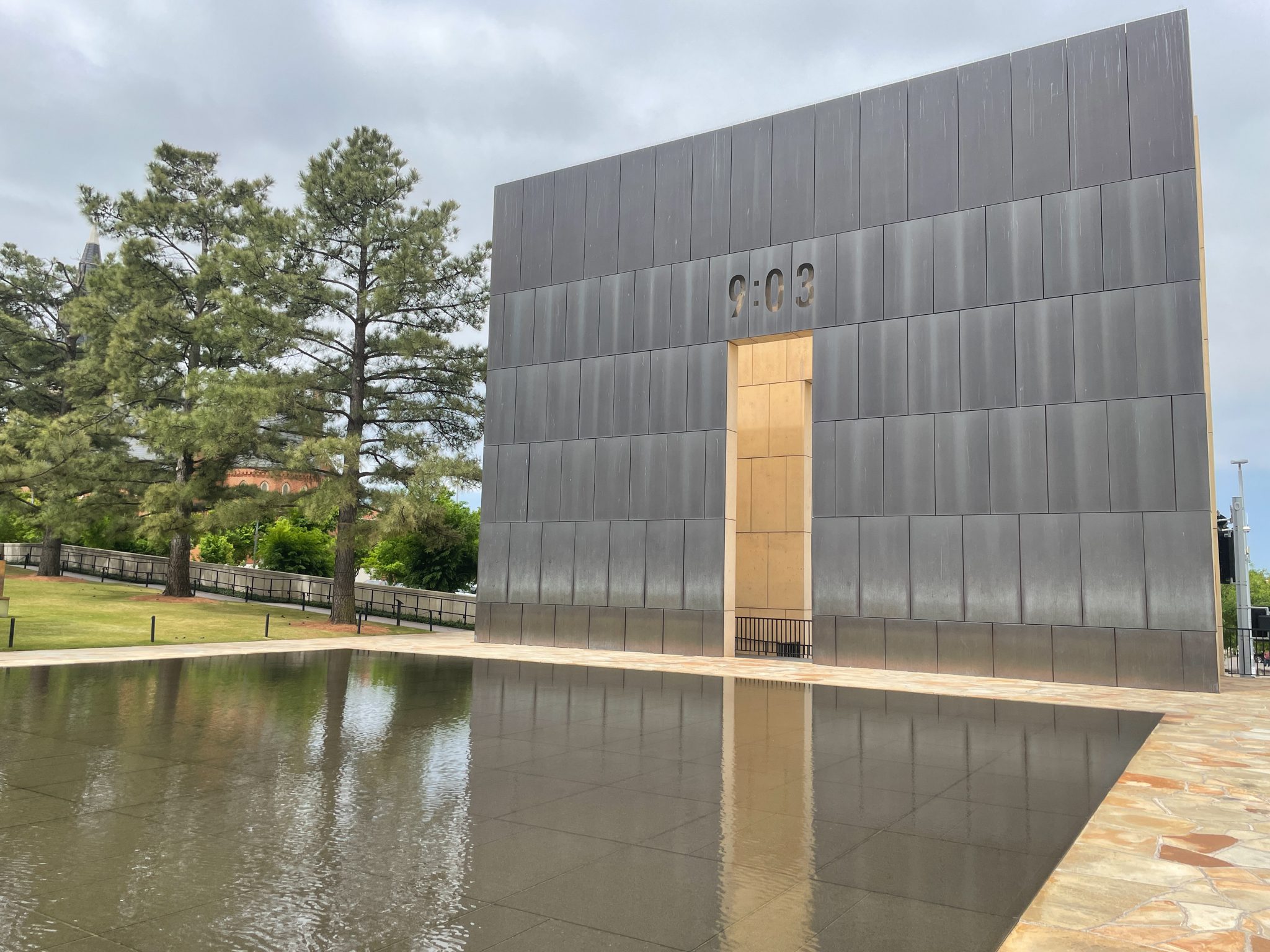 The space in between represents what happened at 9:02 AM, the minute the bomb exploded.

Each chair carries the name of a person who was killed that day. Not all the chairs are the same size; the smaller ones represent the 19 little children who died in the building’s day care center that morning. Each row (left to right) represents a floor of the building, and the chairs are a physical list of each person on that floor who died. The lighter walls to the far left are part of the Murrah building, left in place and displaying the names of survivors. 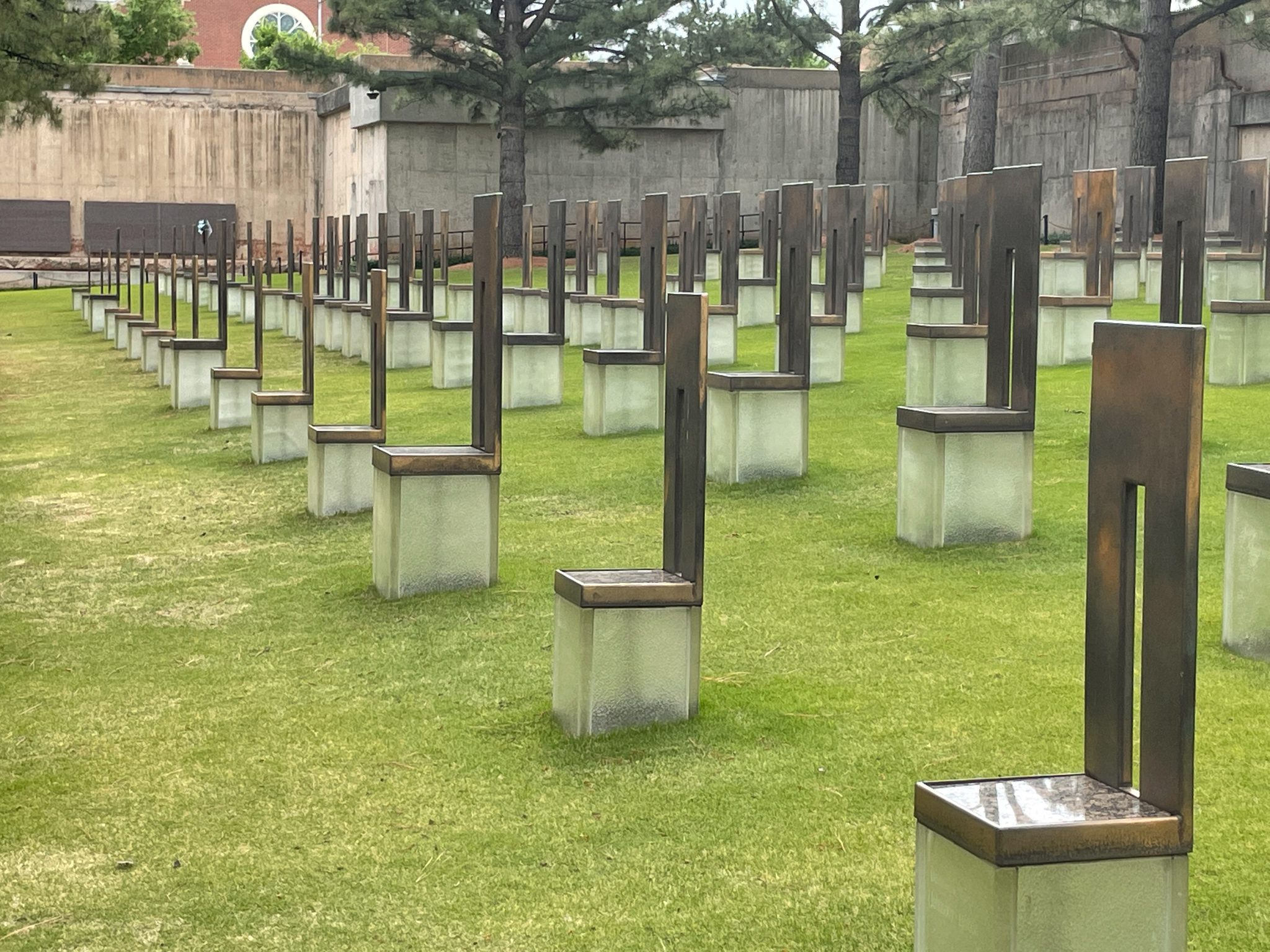 I don’t know if my explanation works, so here’s a short video that gives you a panorama of the area (although it goes from 9:03 to 9:01 because I moved in the wrong direction).

There’s a very extensive museum next door to this space where you can walk through the bombing and aftermath, and it’s heartwrenching and sad and I couldn’t do all of it. Before I left, I stood in the gallery of honor, where each person who died has a small plexiglass cube containing their name and photo and mementos their families and friends provided. 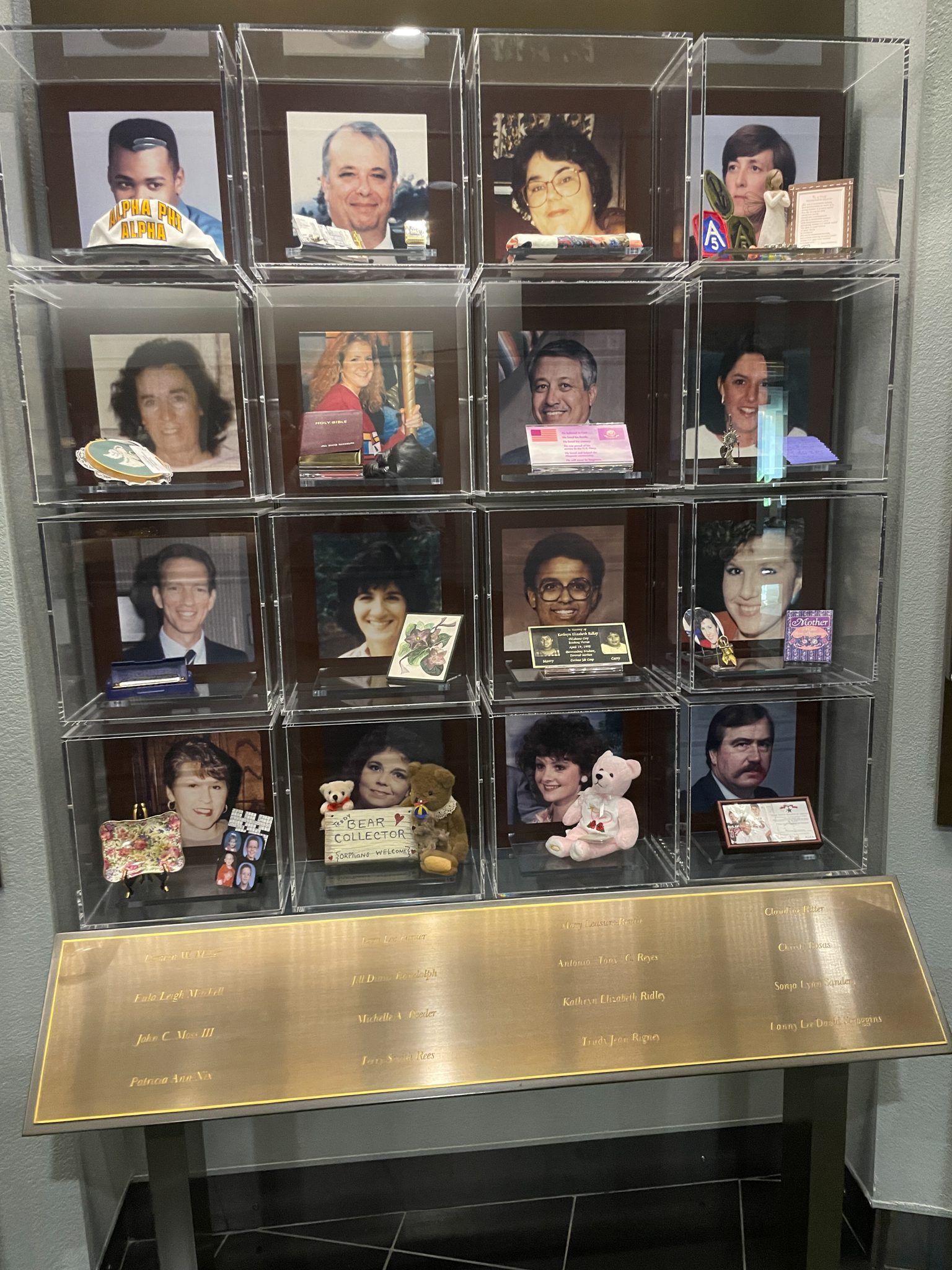 I mean, look at the war in Ukraine. Some of us humans are still stuck in the belief that blowing up buildings and killing people is the way to get your point across. It’s not. The people of Oklahoma City know that, and so do the Ukranians. Despite the horrors of terrorists and the machines of war, they persist. May they always persist, because then maybe someday, the wars, the bombings, the violence, all of it, will end.