I’ve been criss-crossing the Rio Grande this winter, from Santa Fe to Truth or Consequences and Las Cruces. So when I got to Taos, how could I resist the short drive to see the Rio Grande Gorge? Short answer: I couldn’t! 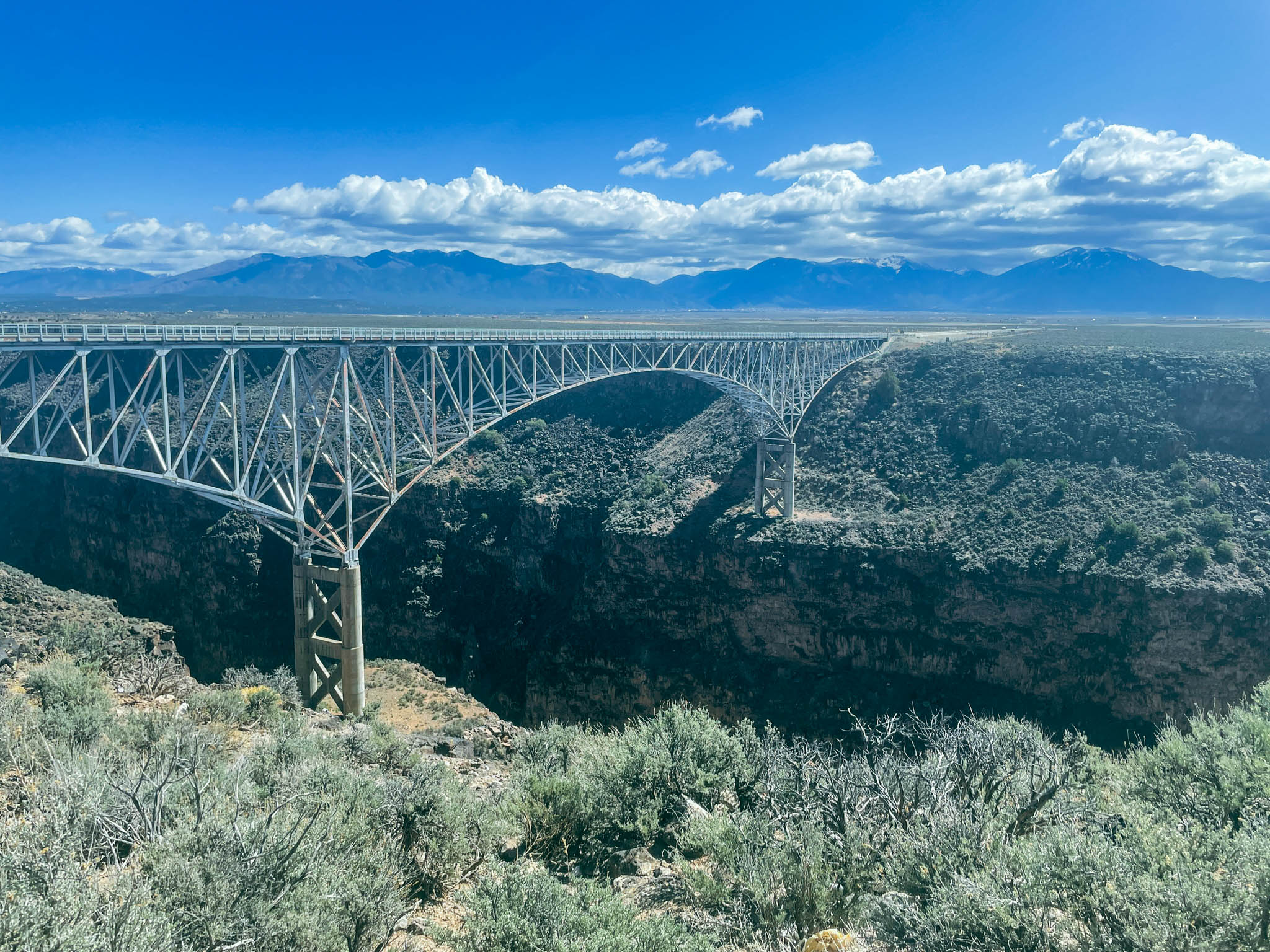 The day was cold and windy but it made for great vistas across the plains to the mountains that surround Taos. The river itself was pretty low going through the gorge. It seemed bigger the next day when I was driving along it on Route 68 going south out of Taos, but maybe that’s just scale playing tricks on me. The Gorge is 800 feet deep, which I will confess actually looks like a LOT more when there’s nothing between you and it on a very windy day except a steel bridge. 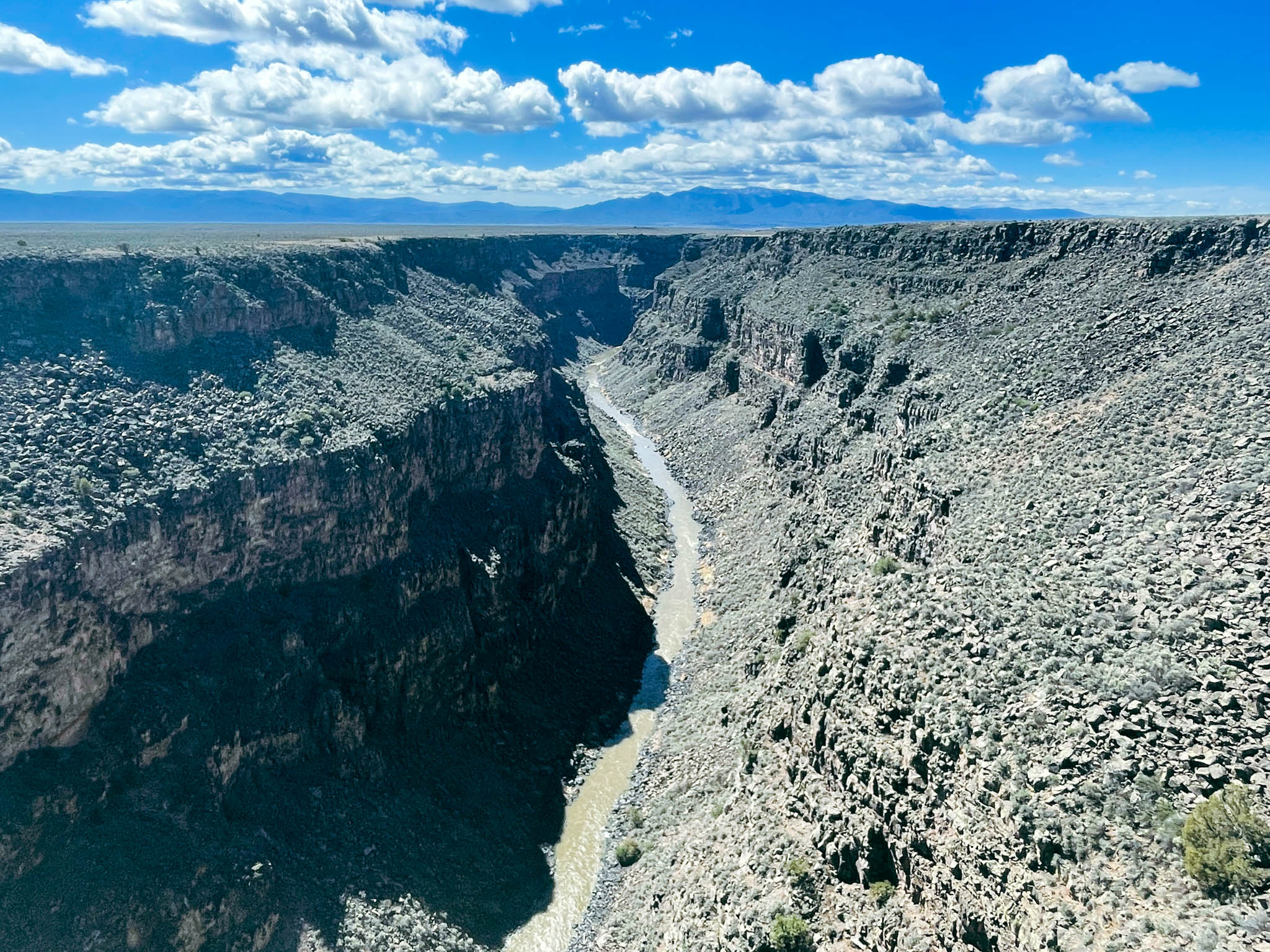 The two photos above were taken with my iPhone 12. The next two were taken with my Sony A7, using a vintage Minolta 58mm lens. Even though it was hella windy and the camera kept getting dust on the lens, it was worth it to me to take it out and get some photos with it. I think they’re better than the iPhone images, but maybe that’s just me. 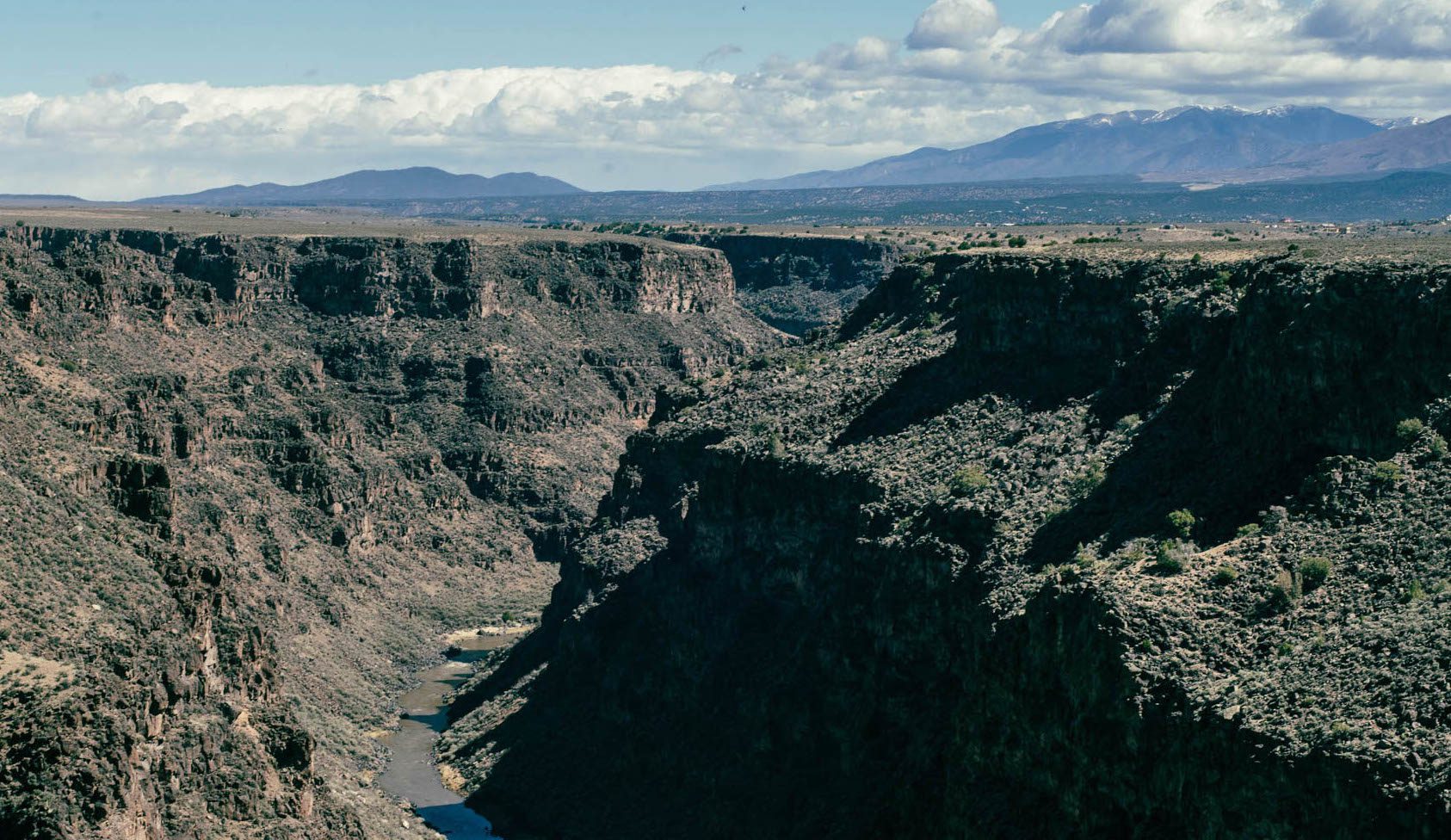 As I was walking off the bridge back to the rest area (plenty of parking and free restrooms!), a guy going the other way asked me if it was as great as the Grand Canyon. No, I answered, but it’s cool in it’s own way. 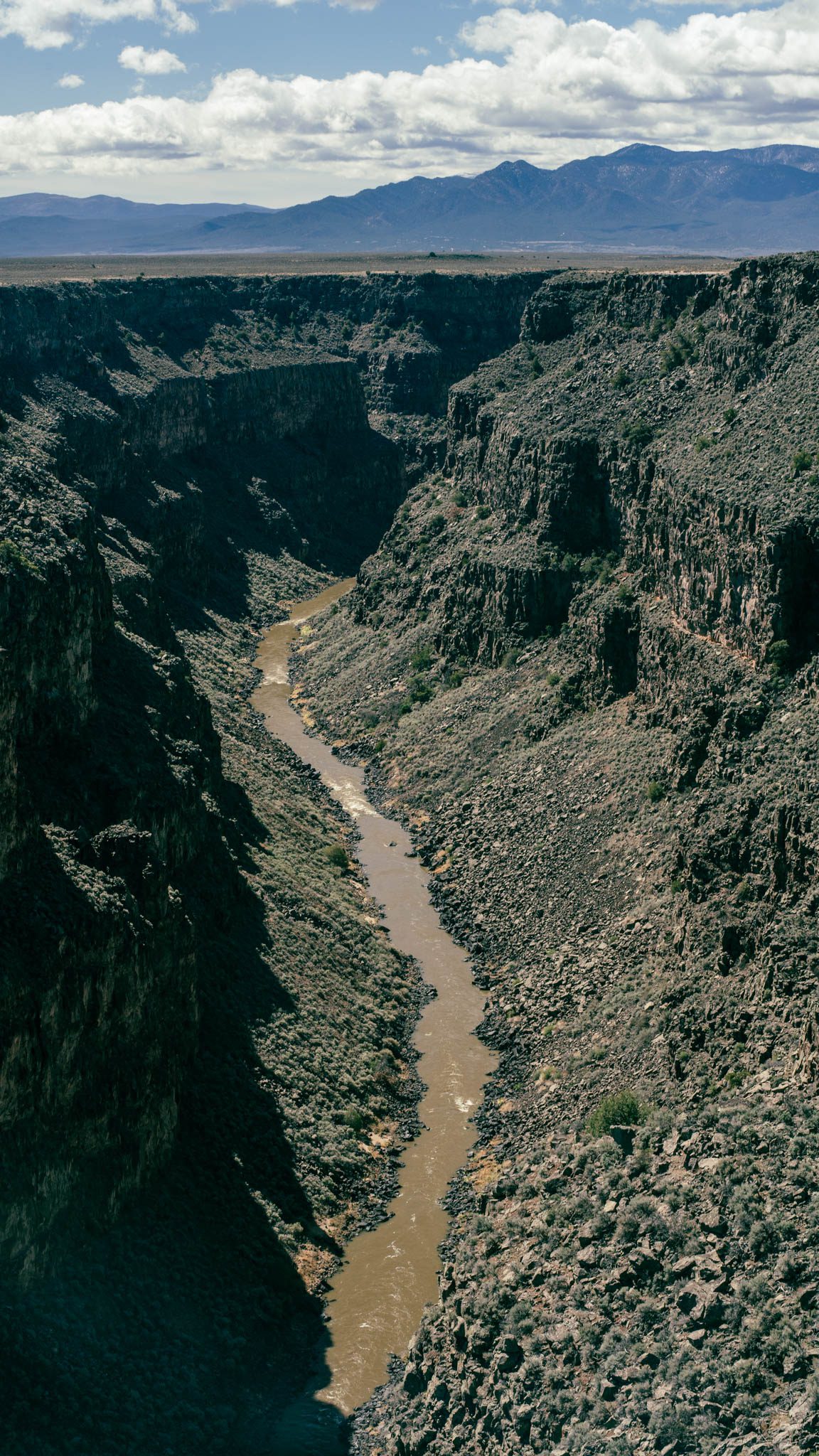 How Cool Is This Place?

Geologically, the Gorge formation is is the reverse of how the Grand Canyon of the Colorado was created. Everyone knows the Colorado River carved that deep valley and those amazing layers of the Grand Canyon. Here, it’s the opposite. The Rio Grande River didn’t cause the valley that became the gorge. A collision 29 million years ago between the North American and Pacific tectonic plates created a rift valley and the larger Rio Grande Rift area that stretches from central Colorado to west Texas. Water later found the lowered rift valley and and only then did erosion start creating the 50-mile long canyon known today as the Rio Grande Gorge.

Sail o’er the canyons and up to the stars

And reach for the heavens and hope for the future

And all that we can be and not what we are.

John Denver (The Eagle and the Hawk)