On a street corner in Pima, Arizona, you’ll find a small building with a faded sign: Eastern Arizona Museum. My cousin arranged for us to have special access for a few hours during our family reunion in Safford and it was a lot of fun. Read on to see what treasures I found and for two cool surprises…

Like most small hometown museums, a lot of the displays are what people wore and what they did back in the 1800s, when this area was being settled. This top hat was probably my favorite in that section. You rarely see a top hat, except in old movies, which is kind of a shame because they’re really interesting. It would make a great portrait to wear a top hat! 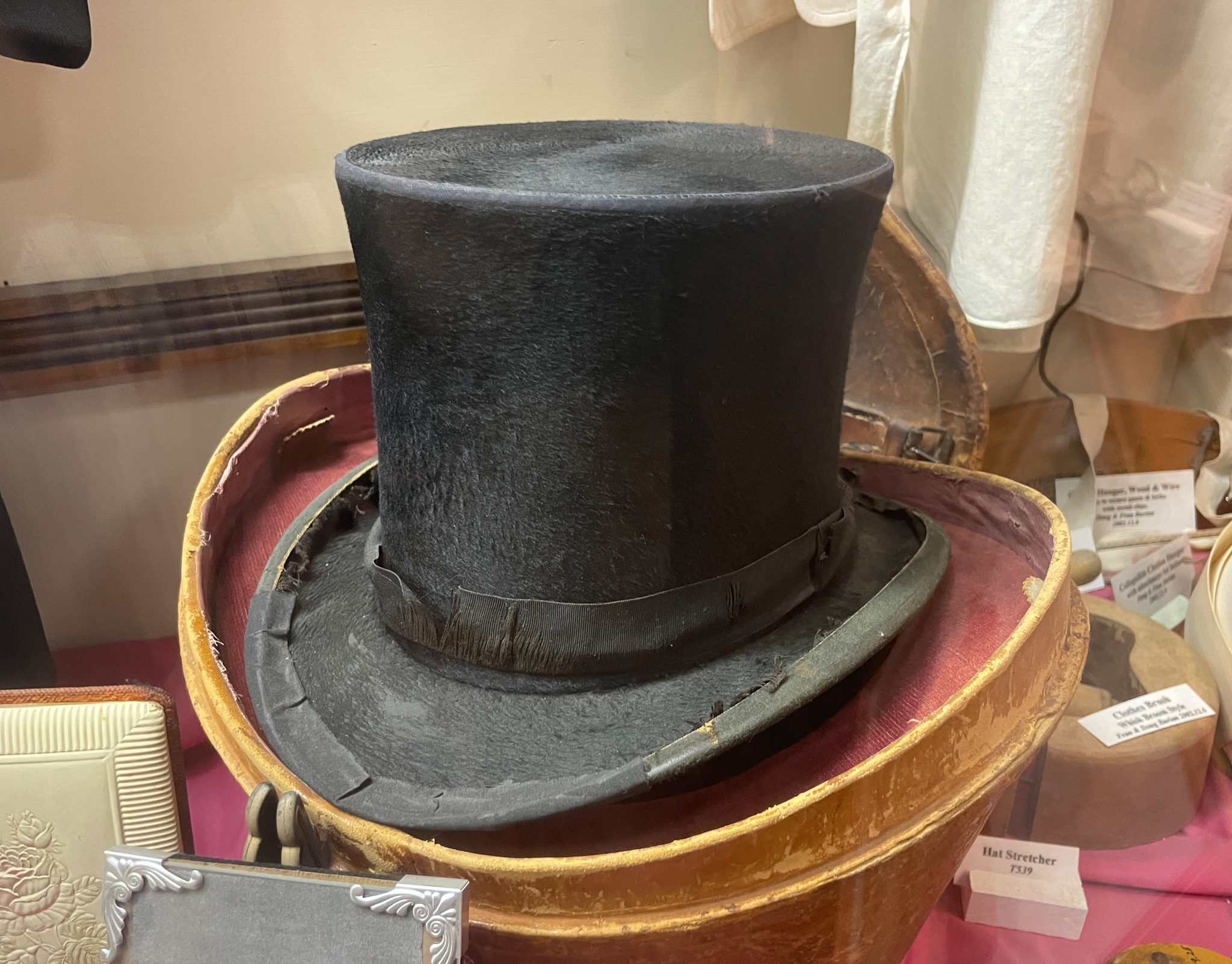 This wall was a crazy display of all kinds of tools, some you’ll recognize and some you’ll do what I did: ask what the heck is that thing. Farmers and ranchers had to invent a lot of their tools or rebuild the ones they had when they broke, so think of this as an innovation board, showing off the creativity and skill of the locals way back when. 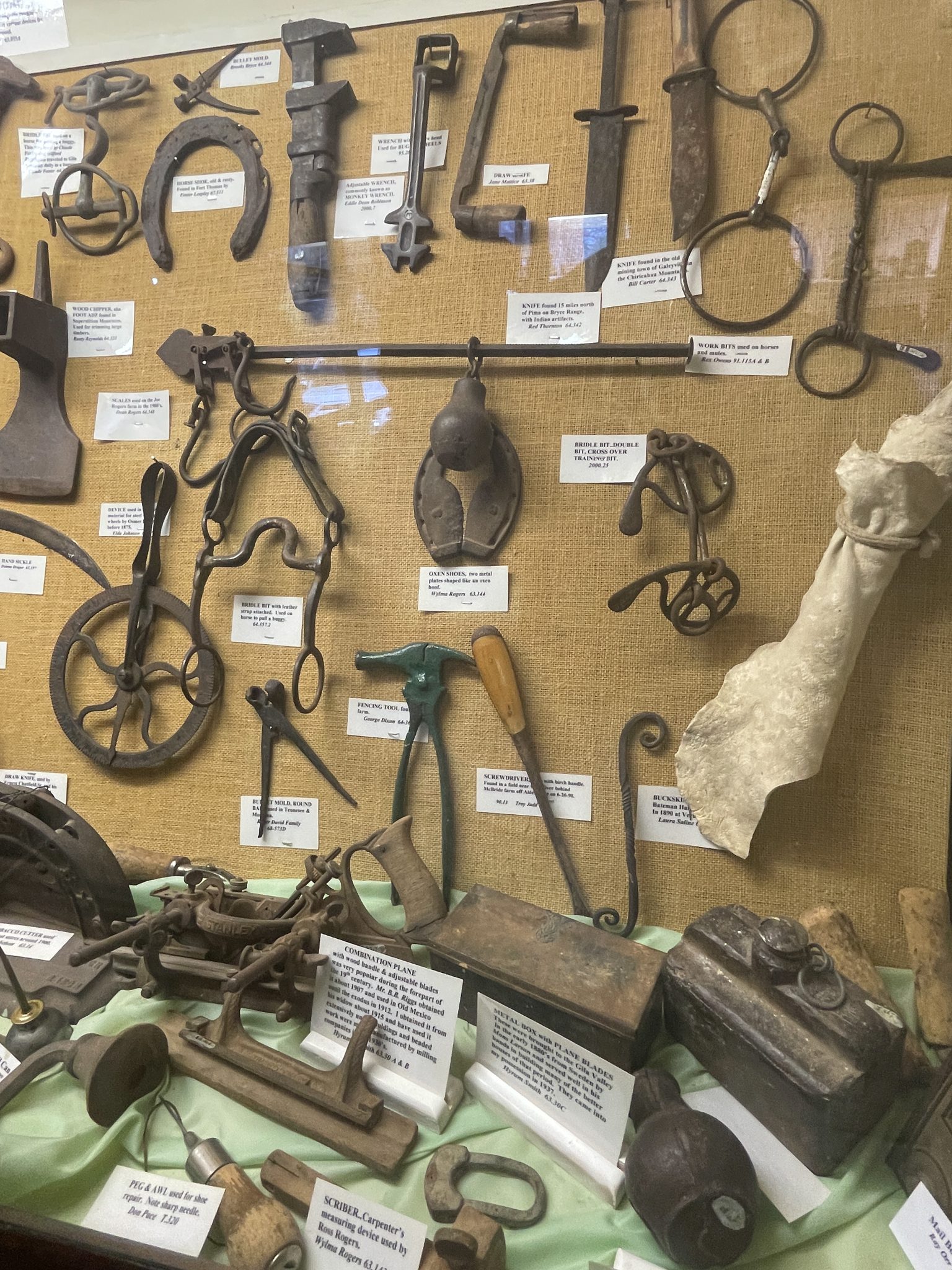 While the men made tools, the women made quilts. The museum had just a few old, hand-sewn quilts on display but they were beautiful. As always, this section of my post is dedicated to my quilting mentor, Peg, in Lancaster. Every time I see a beautiful quilt, old or new, I think of her and how she is carrying that skill forward with quilts for her grandchildren as well as other family and friends.

Take a look at the hand-stitching on that quilt to the right, it’s amazing… 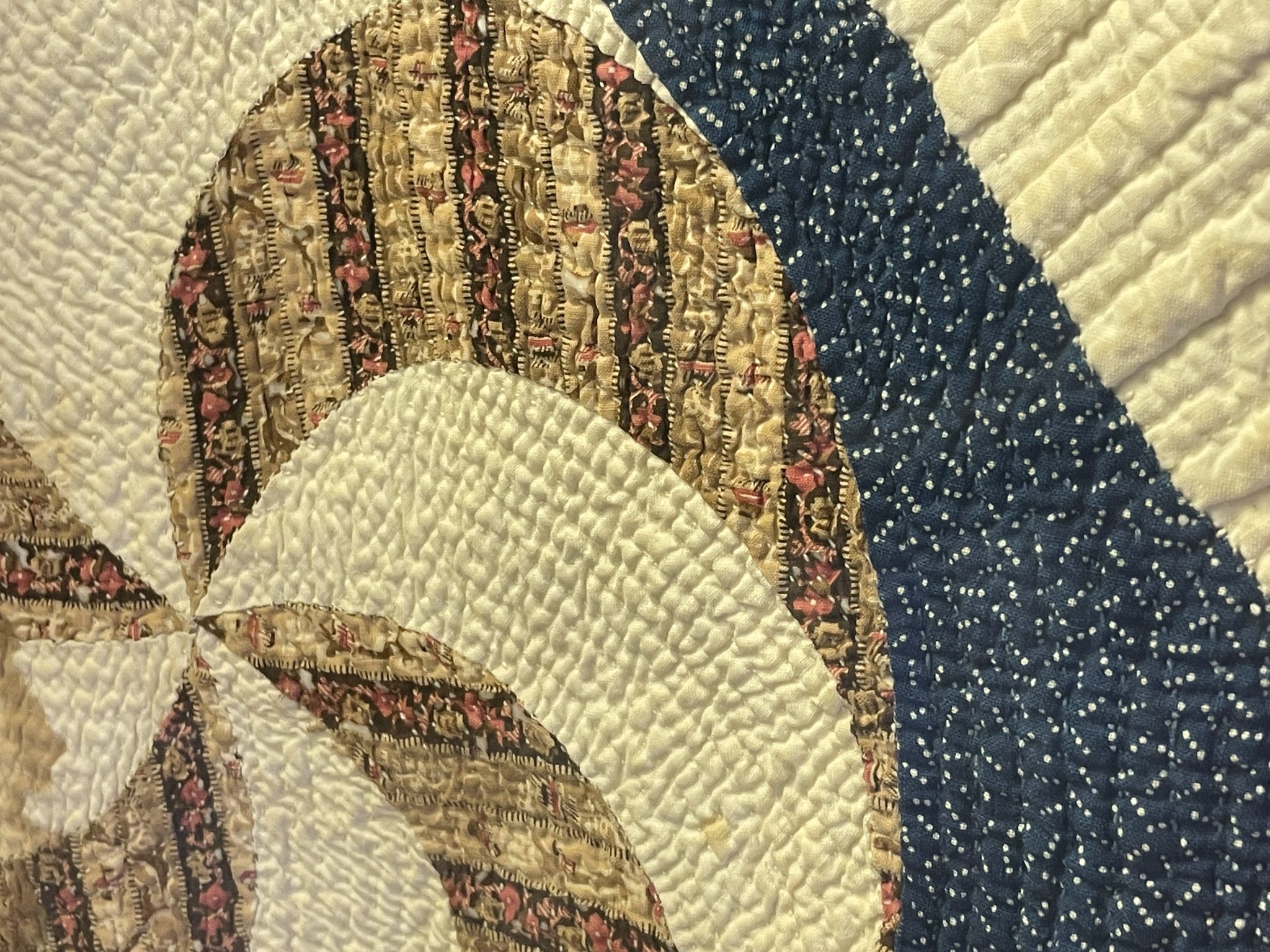 I knew my family ties were all over eastern Arizona. What I didn’t know till the museum visit is that the in-laws have pretty awesome family history too! One of my cousins’ husband found a book on the museum’s library shelf that contained some family history he didn’t have yet. Seeing his interest, the museum volunteer named someone in town and asked if he knew them. Of course he did. Well, she said, call her up, she can get you a copy of that book. Now that is life as a local.

About five minutes later, the same guy (Hi, Brad!) asked if I knew he was related to the man who discovered Bryce Canyon. No, I did not! That’s his ancestor’s picture hanging on the far right below. How often do you go to a museum and see your great-times-x grandfather’s portrait displayed? For me, the answer would be zero. Pretty cool to know the descendent of the man who created the first road into the Bryce Canyon area. 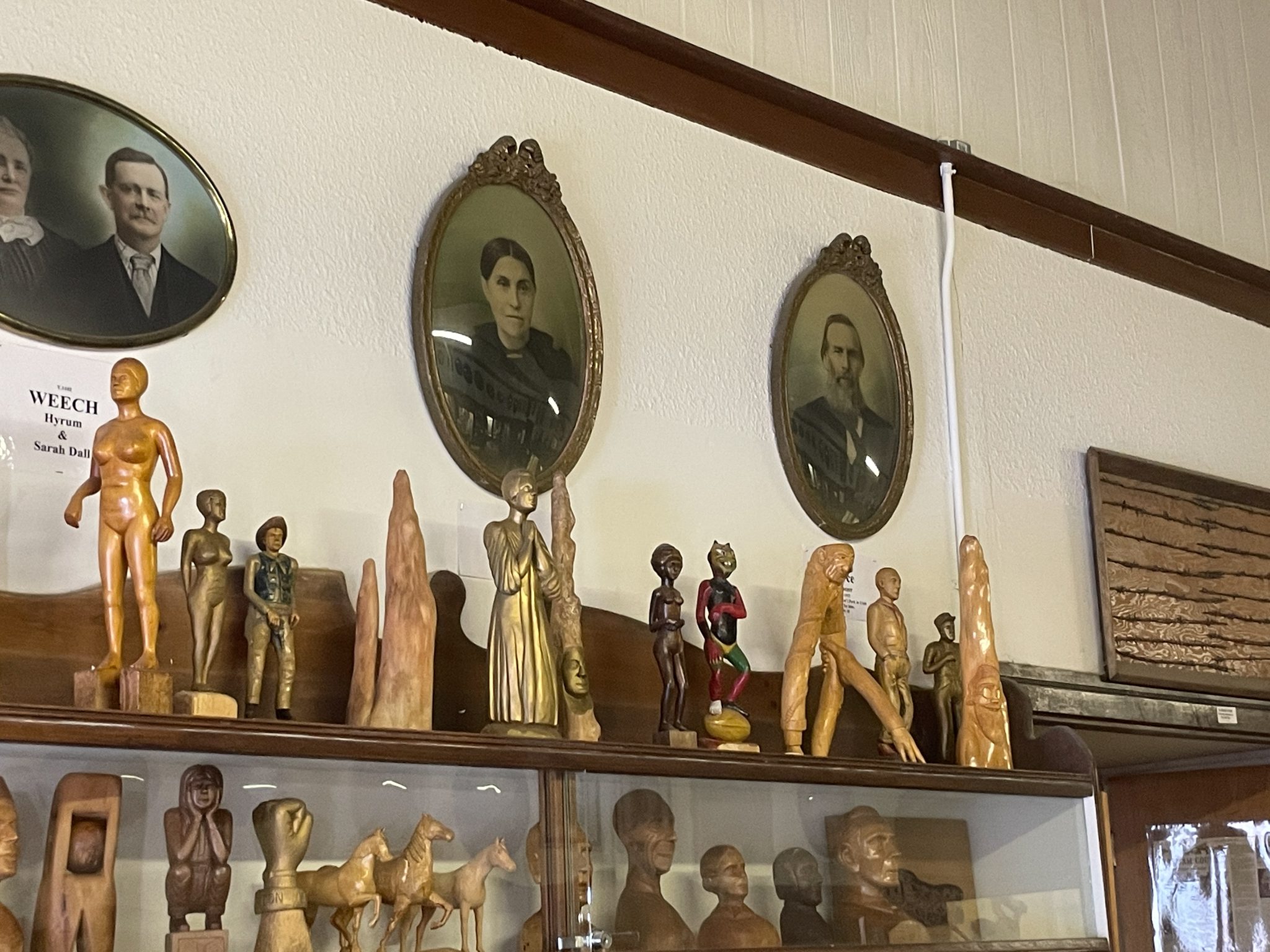 Here’s a bonus piece of trivia: as a rancher, Ebenezer Bryce is perhaps most famous for saying that the intricate maze of Bryce Canyon was a “helluva place to lose a cow.”

When I was growing up, my mom had a big tin of buttons that we loved to play with. It was only available on special occasions, mostly as bribery for good behavior, as I recall. Sometimes the buttons were used for actual clothes, but most of the time, we invented all kinds of ways to play with them. So imagine my surprise when I saw the exact duplicate of my mother’s button box sitting on a shelf in this museum! 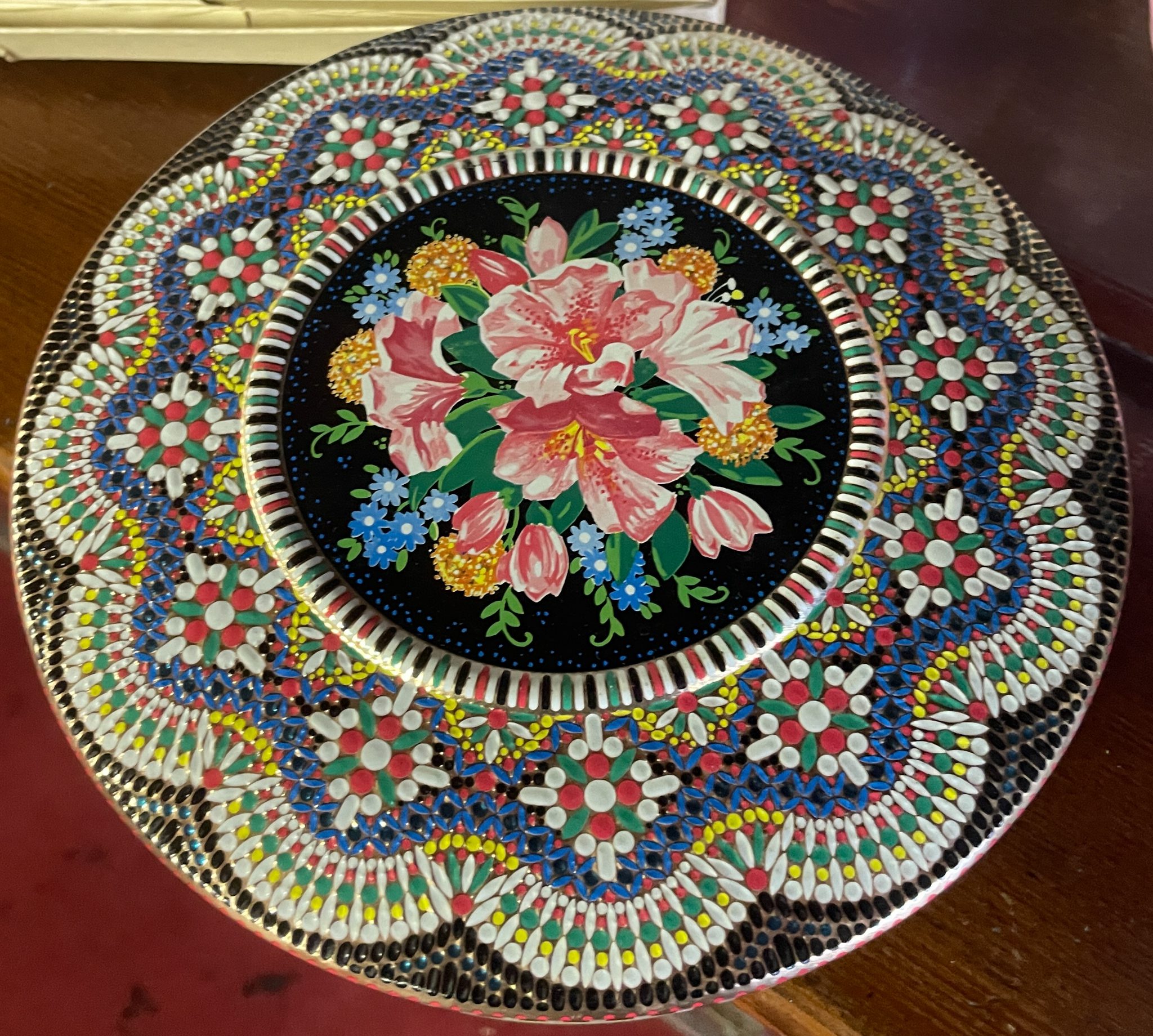 We are all living history, and it’s hard to say now what will be important in the future. One thing’s certain, though: if we throw it away, it’s gone.