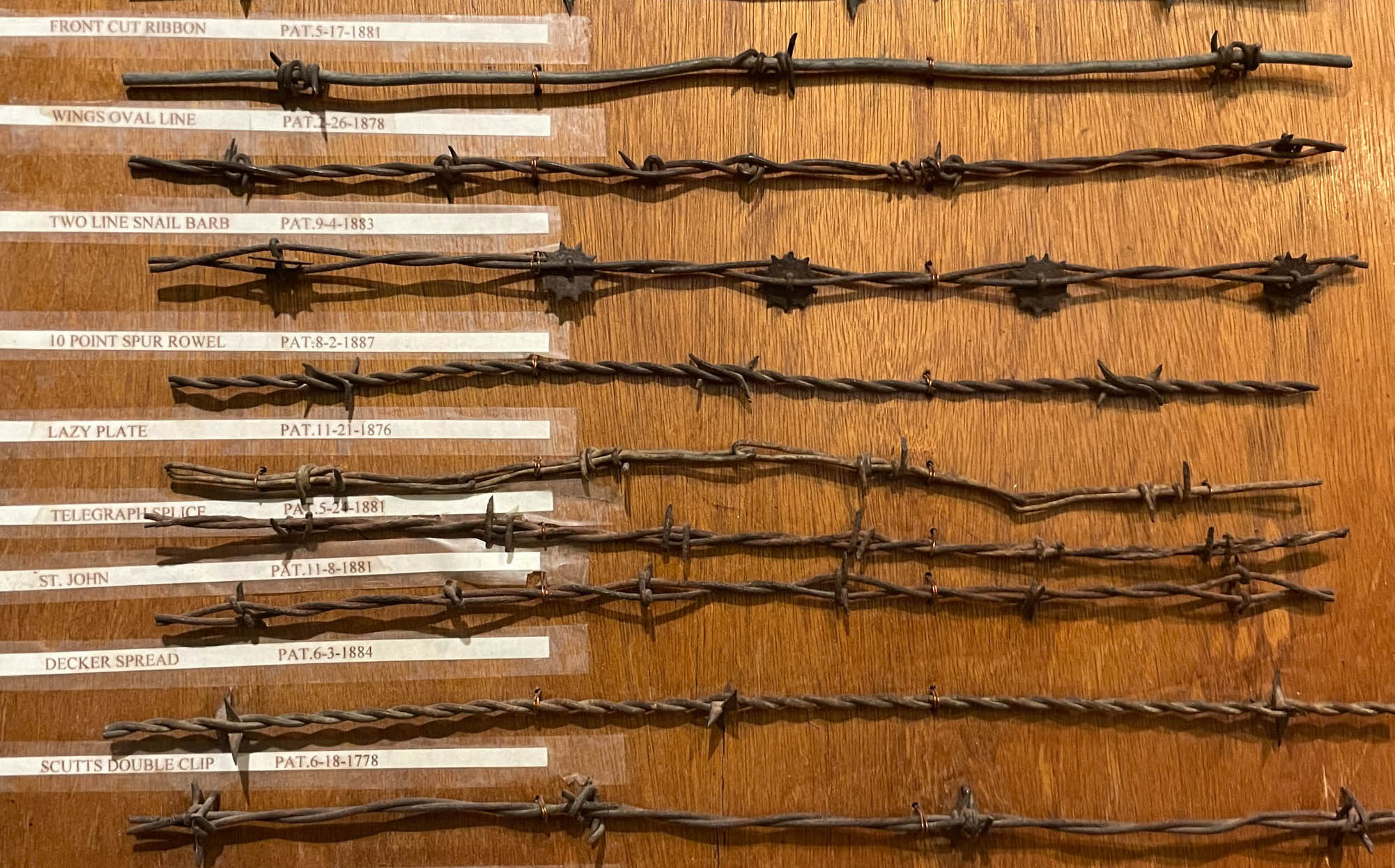 So far, 2022 for me has been about visiting local museums that are a bit off the beaten track. No Met or Getty for me. Today’s feature is the Tularosa Basin Museum of History, in the small city of Alamogordo, New Mexico. I’m kind of falling in serious like with museums run mostly by volunteers, where the exhibits are labors of love and the history is a hodge-podge of old odds-and-ends and interesting stories.

I’m going to focus on things I haven’t seen in the other southwestern museums I’ve visited. So here we go.

This is sand fused by the first atomic bomb explosion, at the nearby White Sands MIssile Range. The fused sand got its own name: Trinitite, after the Trinity site where that atomic bomb was exploded. I stopped for a minute to really look at it. That was sand, just grains of sand, until the massive heat flash that is an atomic bomb exploded and changed everything about it.

I hope the world never sees another nuclear weapon unleashed on anyone, civilian or military. Can’t we all figure out a better way to settle our differences? Maybe that’s one function of museums, to make us rethink our collective decisions and inspire us to think that we can do better. 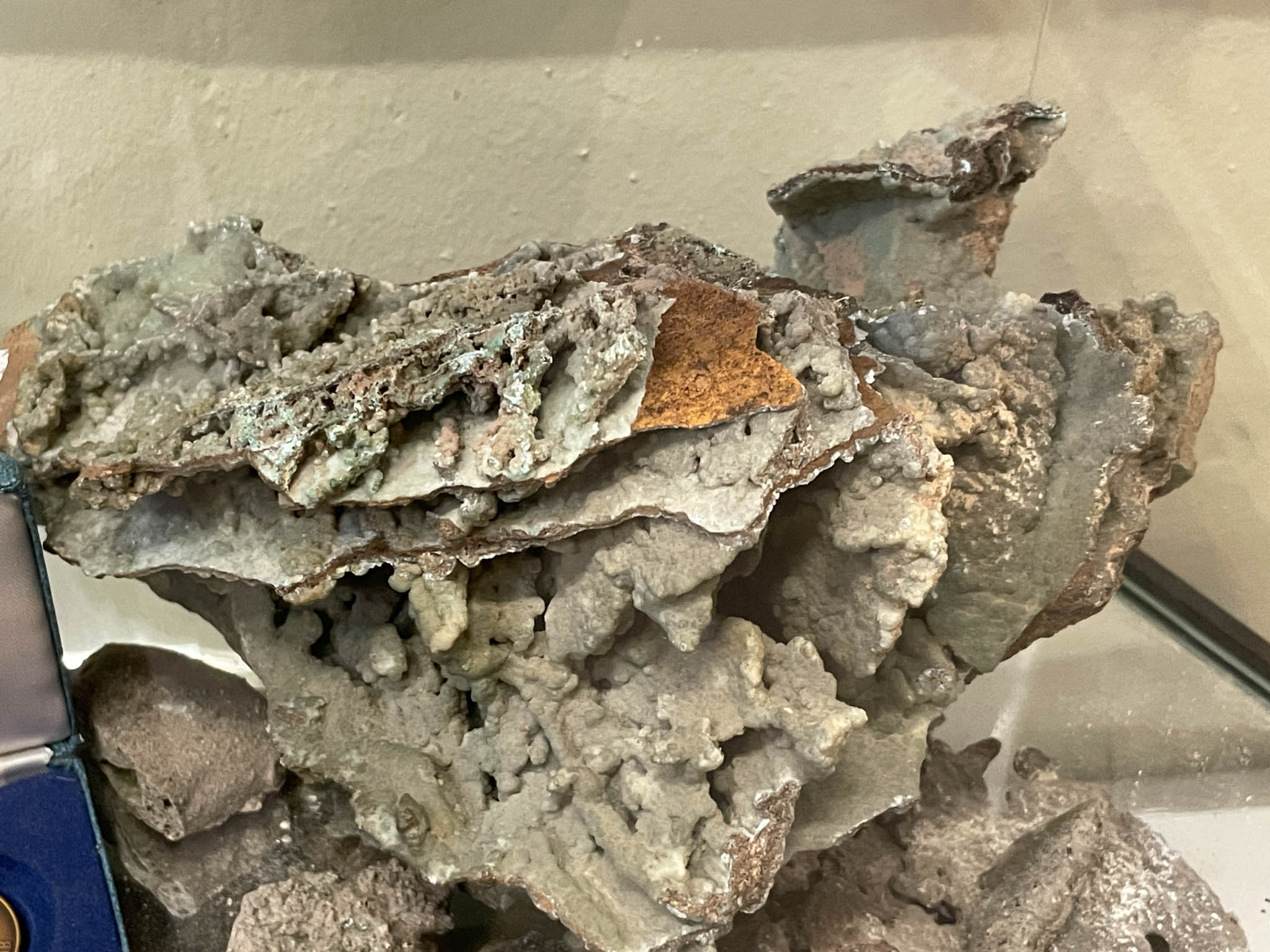 From the very scary to the amazingly ridiculous now: the Atari Tomb at the old Alamogordo landfill. Yes, there’s a whole floor-to-ceiling case documenting this story, and after reading all of the display panels, I have to admit that it’s a pretty good one.

In the fall of 1983, Atari dumped 12 truckloads of old, mostly broken Atari game consoles and cartridges into the landfill. They’d been stored in El Paso, about 60 miles south, but the warehouse was running out of room so an agreement was struck to use the Alamogordo landfill. The trouble was, kids heard about it and started digging in the landfill to find what they thought was Atari treasure. So the town revoked the permit and poured concrete over the site, and then some solid waste and dirt to entomb the games and discourage the kids. Over 30 years, what was allegedly buried here became one big urban legend. 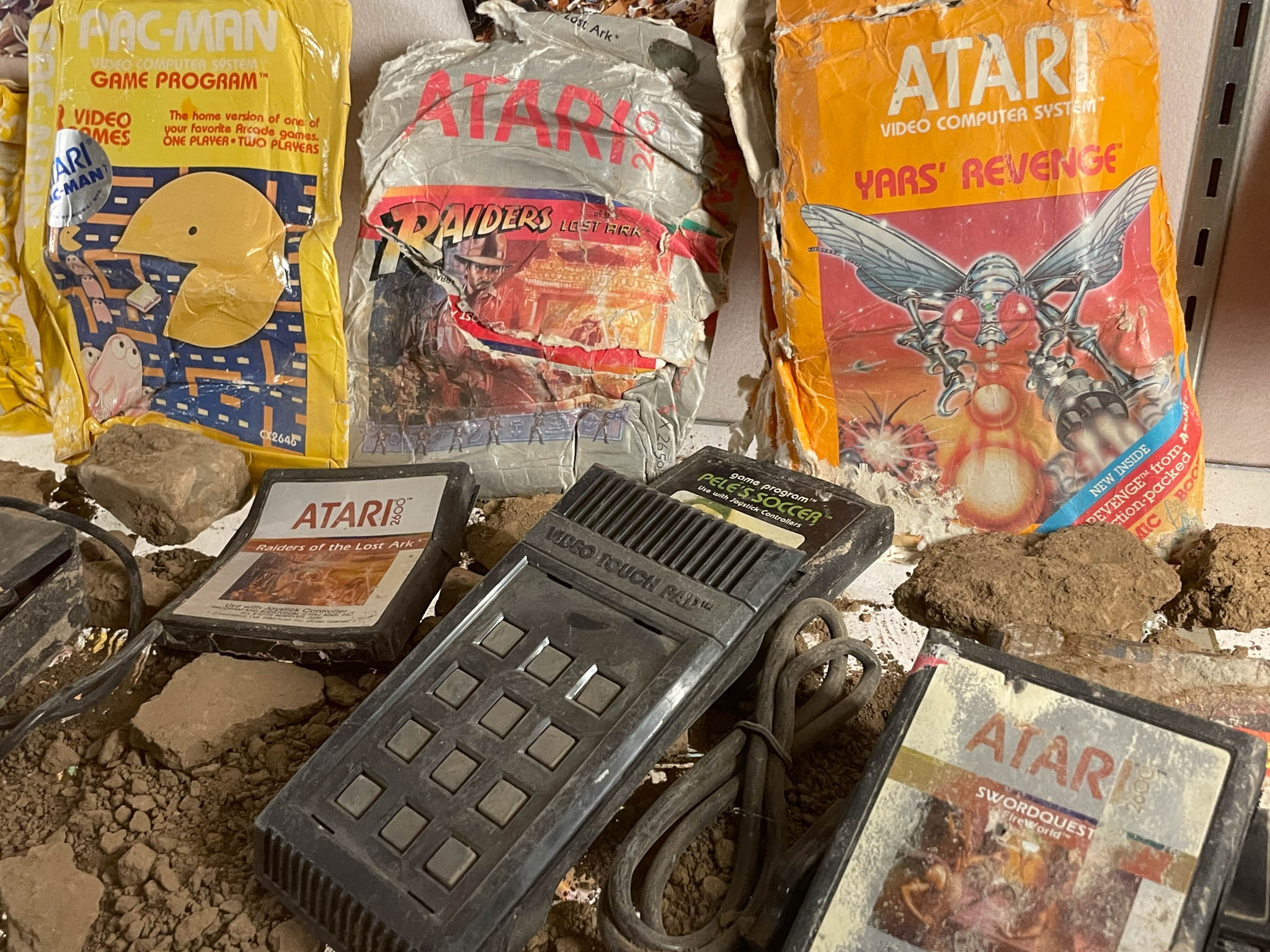 Eventually, someone went after the cache, movie deal and crew in tow. In April of 2014, the searchers hit pay dirt. Eventually, they recovered over 1,300 games and consoles, including Asteroids, Star Raiders, and E.T. The games were sold via eBay to raise money, and it did: $107,000 went to the Alamogordo Library, Police, Zoo, and Historical Society (and a more diverse listing of charity recipients I’m not sure you could find anywhere!). The documentary film is called Atari Game Over, released in November 2014, and available on Amazon Prime or on YouTube ($1.99 rental fee).

I’ve heard a lot about the Buffalo Soldiers in my travels around the Southwest. But until now, I’d rarely seen them given a full-sized display like this and it was good to see them have their place in the sun, so to speak. 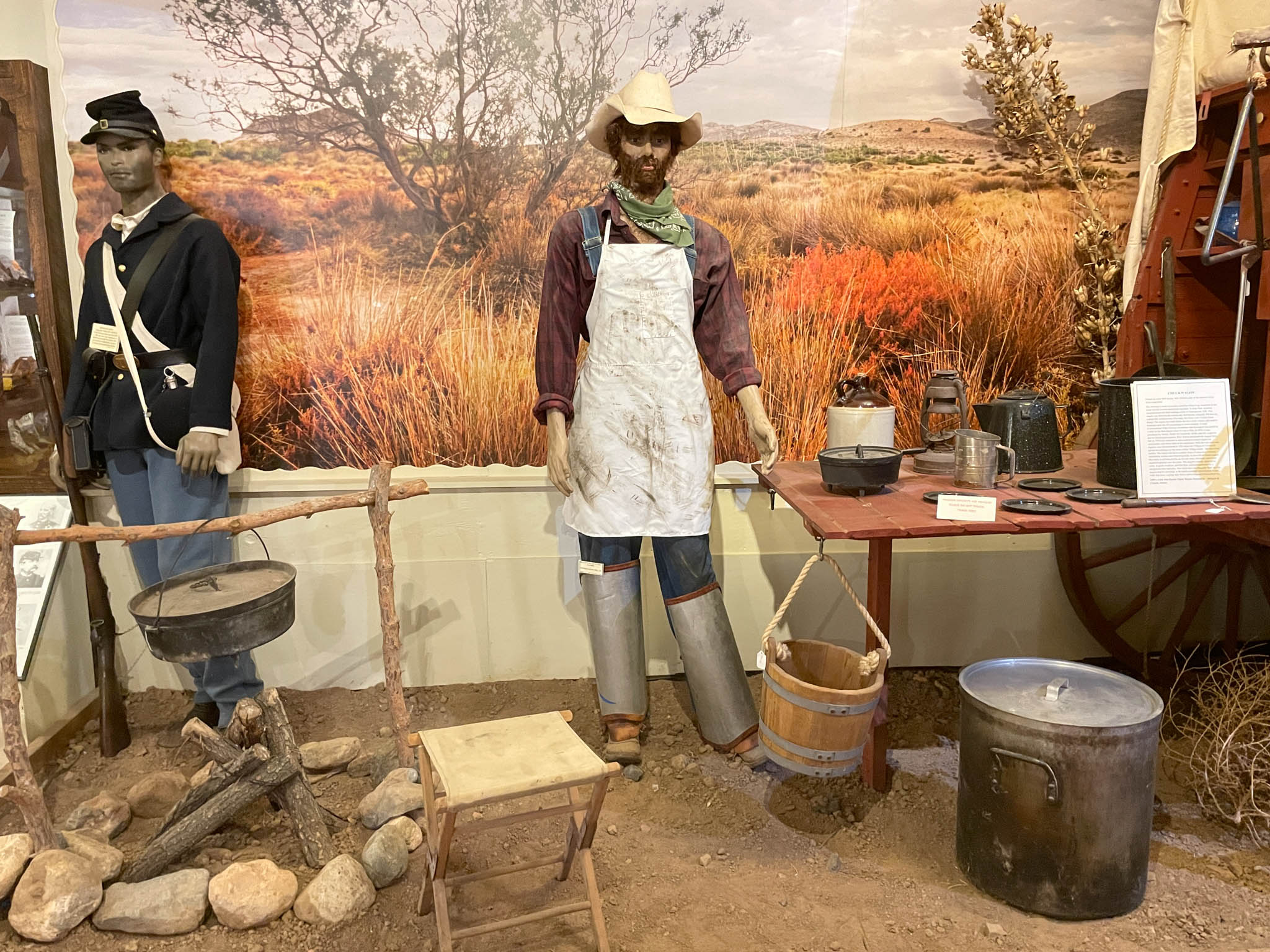 This display had several accompanying information panels, and it was all very informative.

Alamogordo is the home of the New Mexico School for the Blind and Visually Impaired, so the museum presents the history of that institution, along with historical objects like this Perkins Braille Writer. Below it is a standard old typewriter, much like the one I learned to type on, I swear. 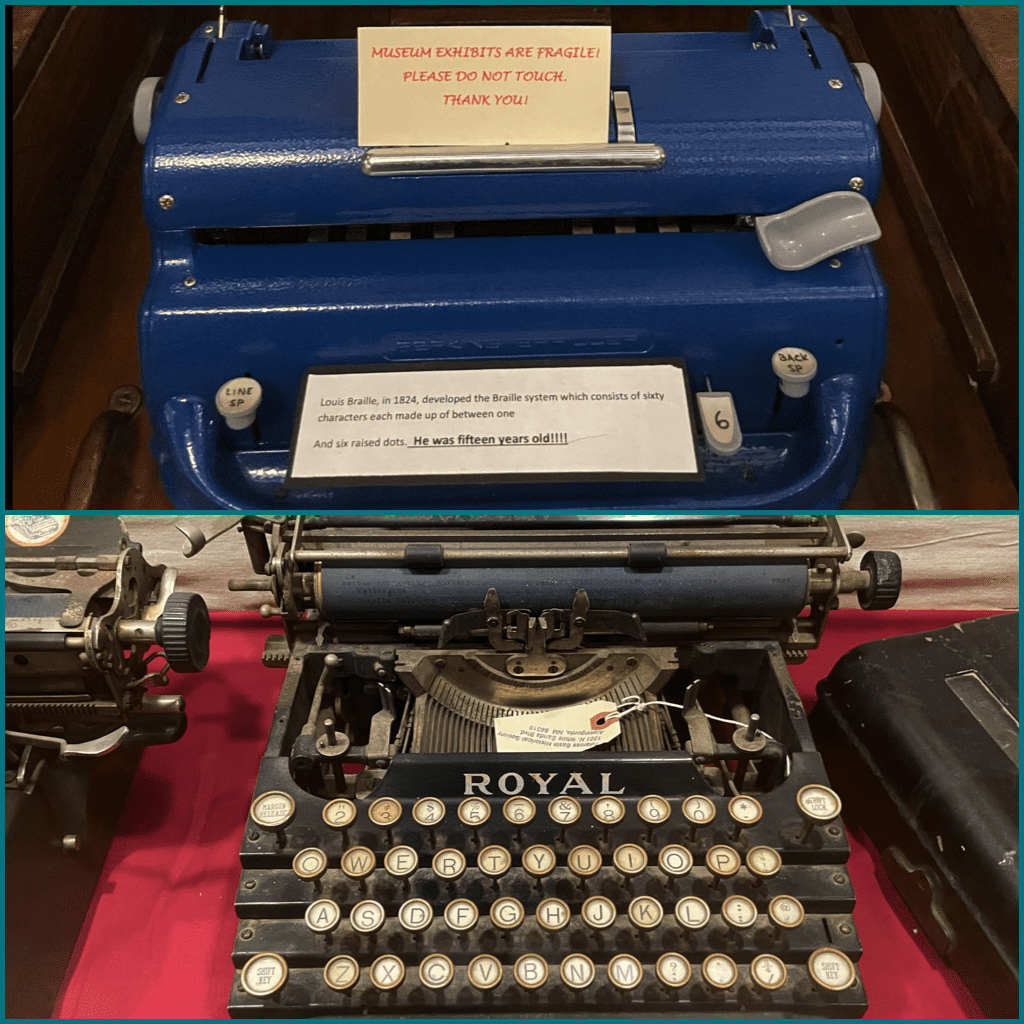 Using the Braille Writer requires a lot of concentration, it seems to me. Underneath that display card at the bottom are six keys, representing the six dots of the Braille system. To make a letter, you press as many keys at the same time as you need to create the letter. So as you’re typing, you have to think of the letter, the dots that make it up, and then map that to the keys on the keyboard, which are simply lined up left to right, 1 to 6. My head aches just to think of how hard it must have been to write with this machine.

I’m pretty sure one of the museum objectives is not to make me feel like a relic, but…

These are the phones I used growing up. I still remember the special joy of using my mother’s white Princess phone in their bedroom so I could have some privacy and feel pretty darned hip not using the big old boring beige phone hanging on the kitchen wall. 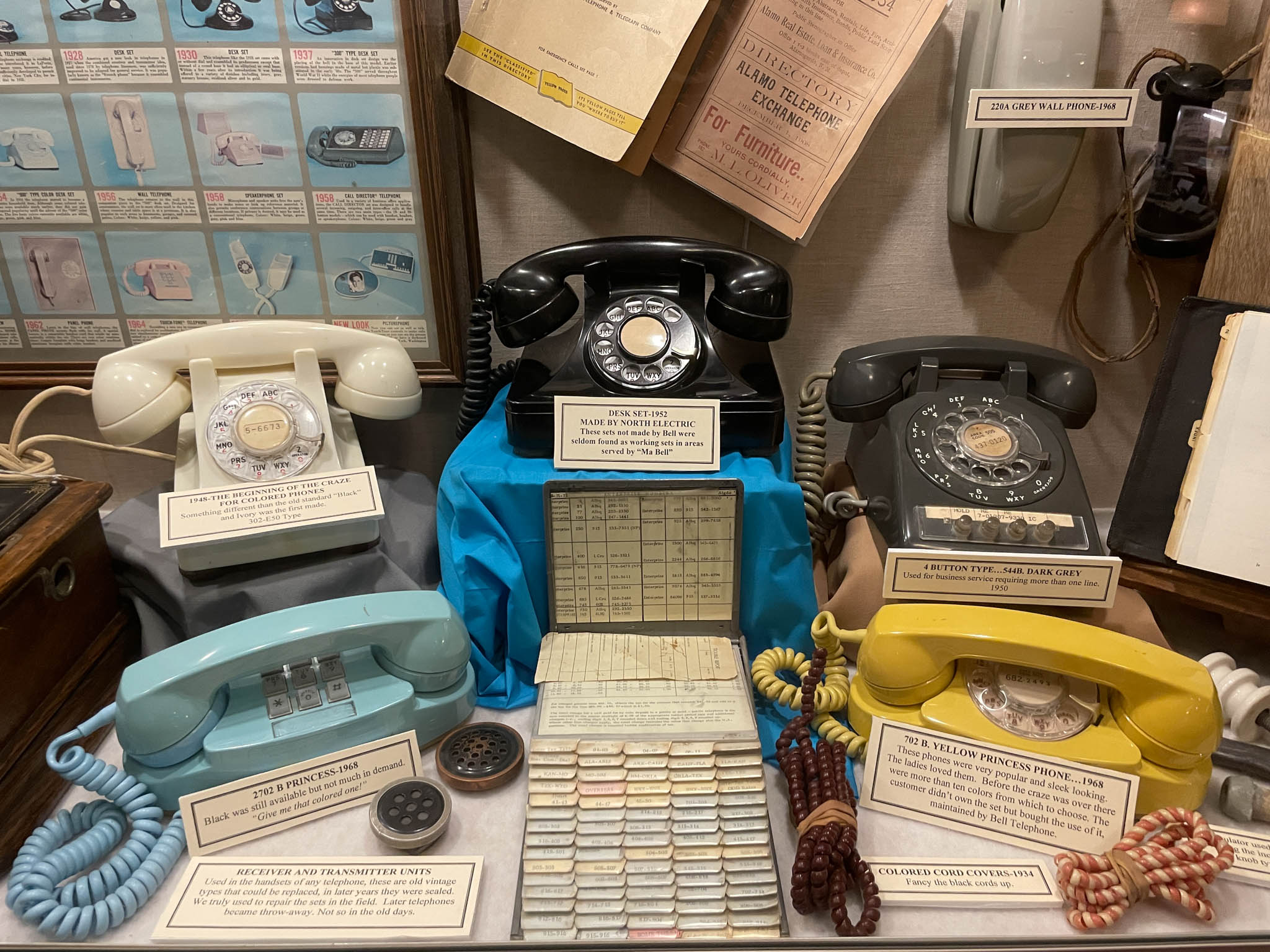 And, yes, I was a Girl Scout, from Brownie into a year or so of Cadettes (until we moved and the new troop I joined just wasn’t my tribe). So yeah, this display made me feel ancient because I had a sash just like this and the pins, too. Being in Southern California and about two decades later than this outfit, we had a different design, with short sleeves. But that sash and those pins, yeah, same things.  Trivia buffs, those yellow and green wings on the sash marked the bridge from Brownie to Junior. 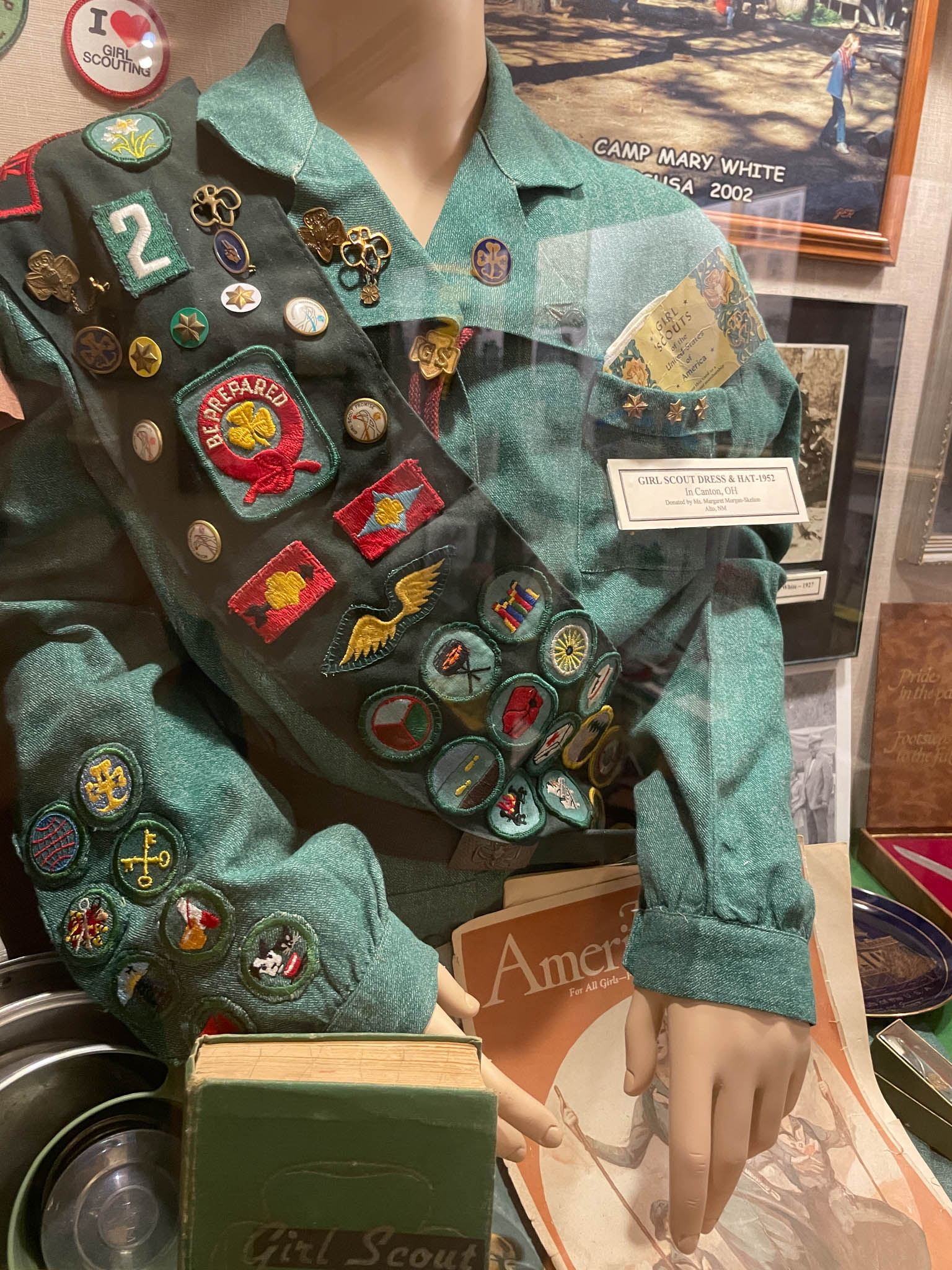 Just for fun, here’s me as a Brownie and then me right after I got those coveted wings that meant I was getting older and out of the baby Scouting ranks. Just don’t ask me about that yellow tie. I could never get it right. I didn’t care though, I was still styling in that green Junior uniform.

I’m really getting into these local museums in small towns. 2022 might indeed be the year of seeking them out and seeing what hidden treasures they hold and what old memories they evoke.