A few months ago, I started looking at the ideas I had for traveling around in 2022. And that’s when I realized my ideas weren’t going to work, it was just too much driving and too many miles, and so I started thinking how to change things to do less of both. 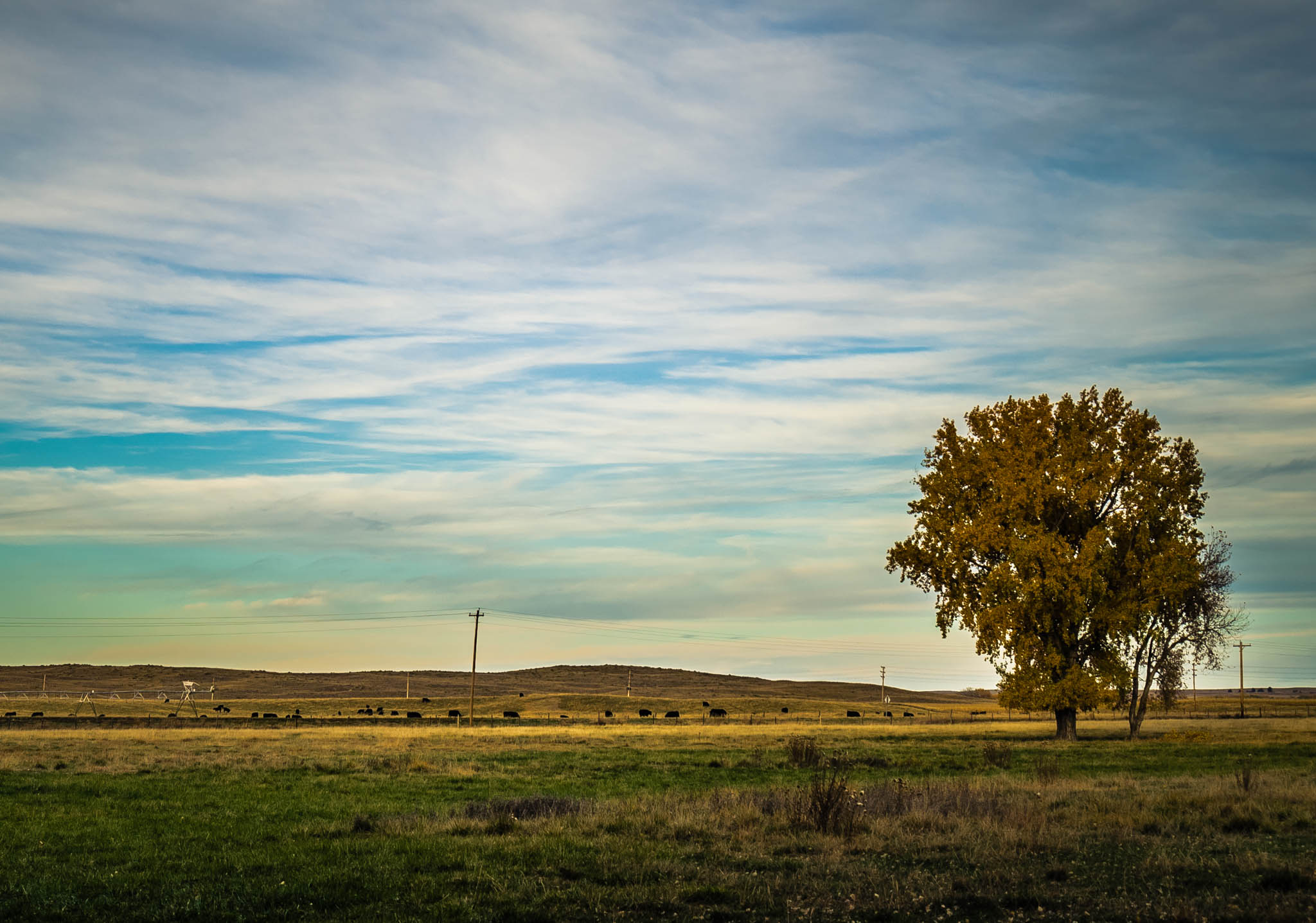 My original idea was to hang out in the Southwestern desert until mid-April, then head over to San Diego for a gathering of Alto owners. From there, I’d go up the eastern side of the Sierras, exploring territory I’d not seen yet beyond Manzanar and Lone Pine. And then, Oregon, Washington, and, by mid-July, Vancouver Island for another Alto gathering. After that? Well, that’s when I took a hard look at the map. I needed to be in Gainesville, Florida, by US Election Day, November 8th. I’d be signing myself up for a about 5400 miles of driving in six months worth of traveling. Yikes. I felt exhausted just looking at this route, to be honest. 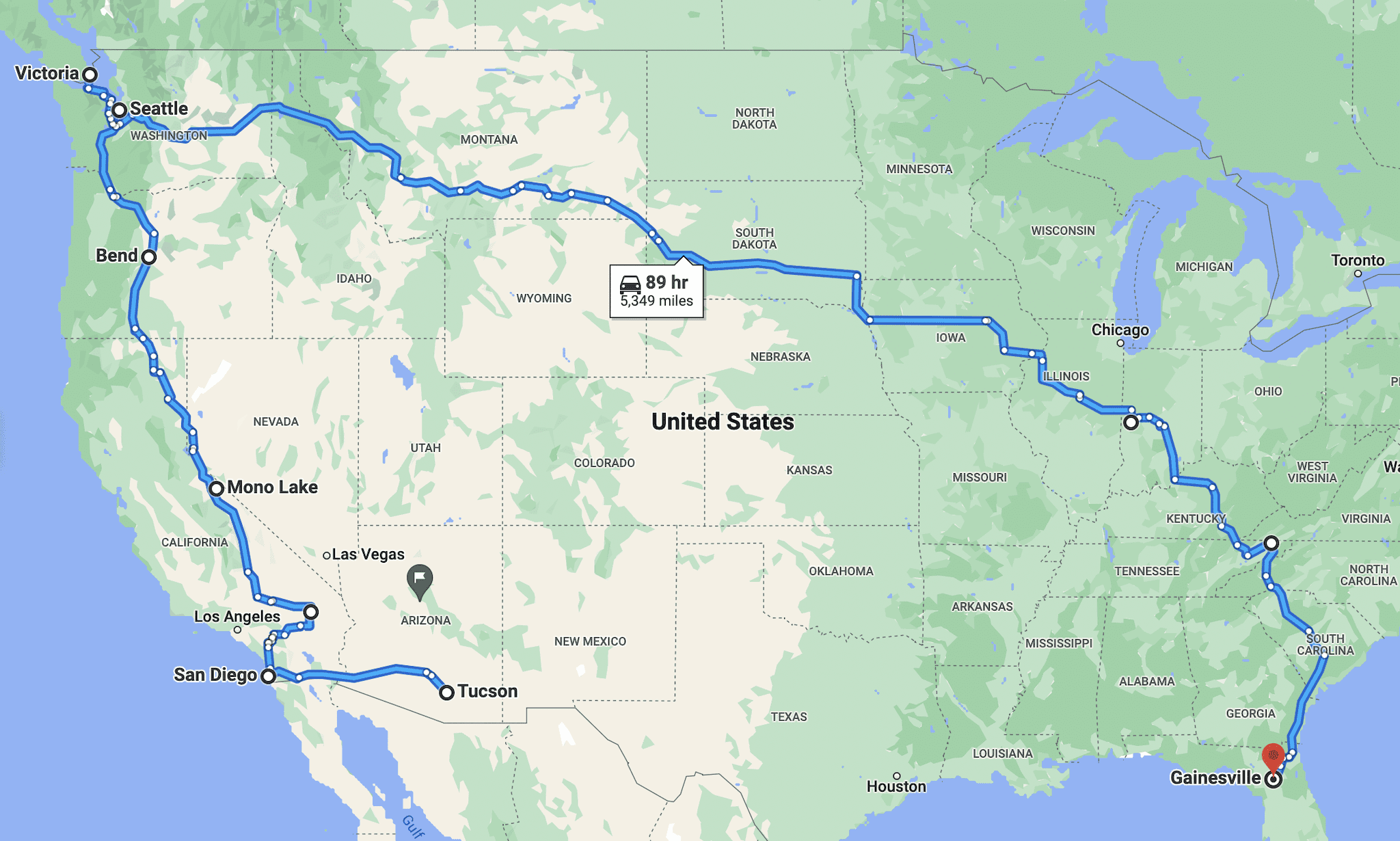 I thought about that up-and-over cross-country drive for a few weeks. I could go across Canada, but I have the feeling campgrounds will be hard to come by up there, due to the pent-up demand after two summers of not camping all that much due to, yeah, COVID-19. I could go across the northern US states, but I just did a lot of that last summer. I could do Kansas and Nebraska, but just the thought of those flat, hot states in the middle of summer made me start to question my sanity. 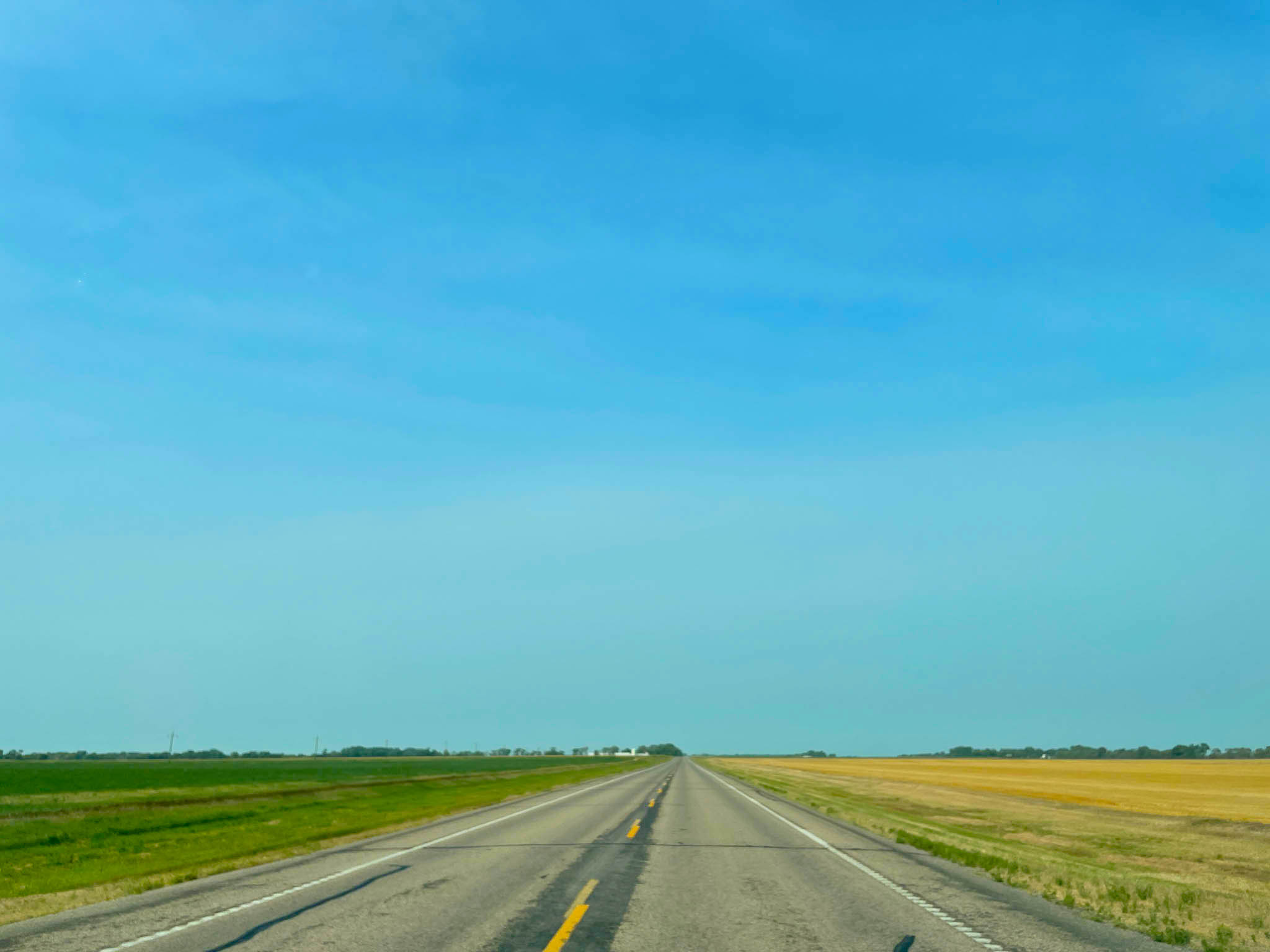 One of the biggest questions I’ve asked myself during this vagabond life is why the hell I lived in, and fell in love with, both Massachusetts and the Pacific Northwest. They are opposite sides of the country, so it seems like I’m forever having to choose where and who to visit. I want that Star Trek transporter, or a flying trailer, and I want it yesterday. I went down the west coast from Vancouver to LA in 2019, but I haven’t spent more than a week in Mass since 2018. My last long visit there was in 2017, which is five years ago, so I am way overdue for a Northeast tour.

While I was thinking on all these things, I looked at my states map on the door of my trailer. Almost taunting me were the empty places for Oklahoma and Arkansas, as if they were challenging me to go that route. OK, I thought, maybe I will. At that point, I was debating which direction to go after the family reunion in early April in eastern Arizona that would get me to those two missing states. Friends mentioned they’d be in Taos for a month. Hmm. I haven’t been in Taos for a few years, and that was just a drive-through on the way to somewhere else. I could do Taos. And then head east, moseying along the panhandle of Texas to OK City and maybe the Ozarks.

Hmm, the Ozarks. Never been there, and so it was added to the route I was building in my head. From there, it wasn’t all that far to western Kentucky, where the family of the one grandfather I knew was from. I could stop there, then shoot up to Indiana to visit my oldest friend in the world (literally, because we met as the only two new kids in eighth grade). New York State and Massachusetts beckoned, with friends in both states from the times I lived there (NY in the 1980s, Mass in the 1990s). And then it would be a pretty nice slide south to Florida by Election Day. 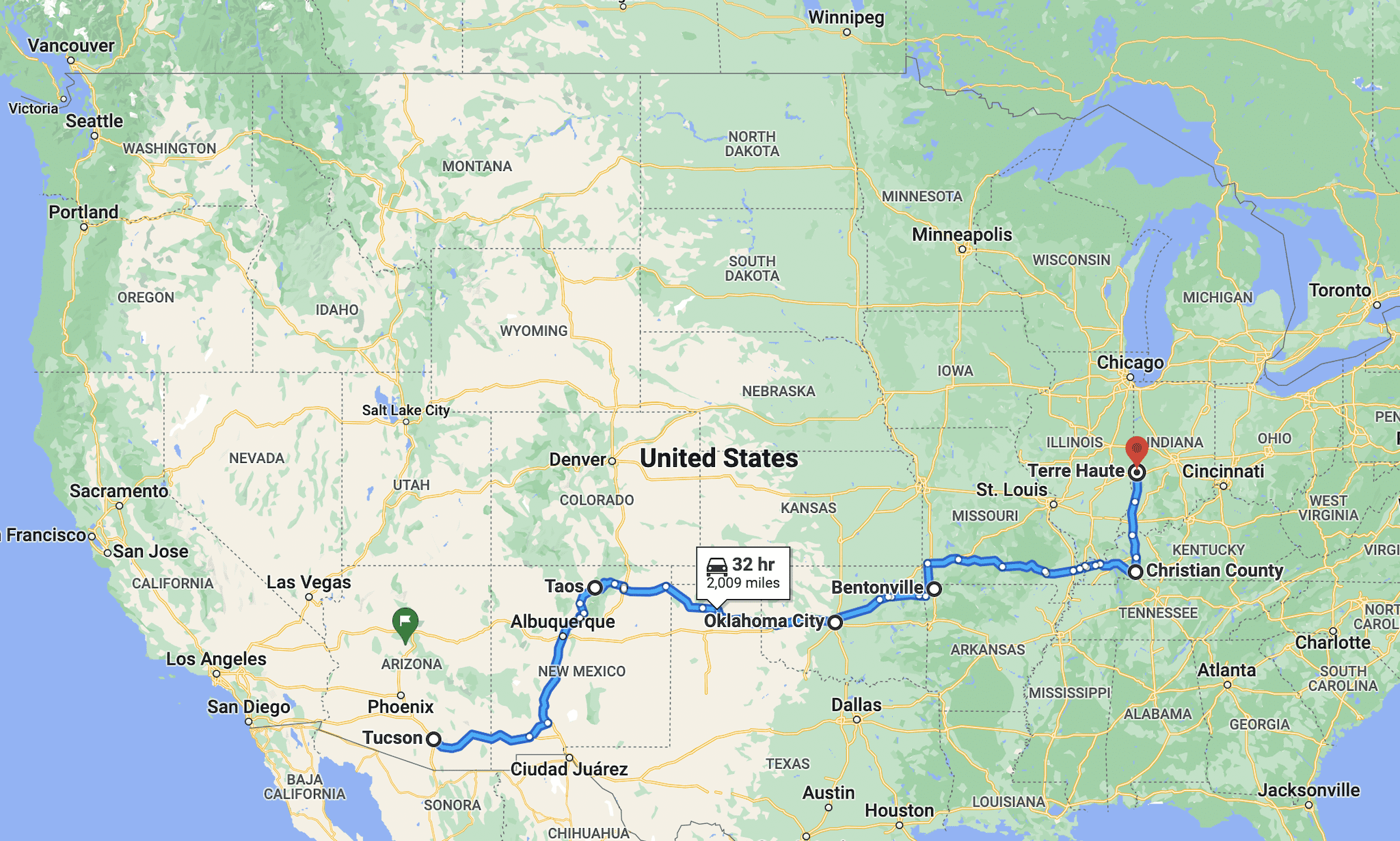 I started making reservations, locking in Memorial Day and July 4th, and then I was committed to the general “head east” direction. If there’s one thing that is painstakingly detailed, it’s planning a route six months in advance, which is as early as most public campsites let you reserve ahead. I did a few every day, although some days I got really pumped and would do a month ahead, whee!

As it turns out, the newer routing is about 4700 miles, or about 700 miles less than the original 2022 idea would have been. I get to drive less, visit some new places, see friends in several states, and it just feels way less onorous than the Vancouver drive would have been.

So, Am I Psychic?

So why is the title of this post about not being psychic? Because gas prices have gone insane this last month. The US gets around 3% of its oil from Russia, and yet the price at the pump when up 25 cents in one weekend, less than a week after the US sanctioned Russia for attacking Ukraine. The last time, I filled up my tank, I winced just a bit. So I’m glad I changed routes, which means less driving and less gas purchase. driving less. Sometimes, it’s just sheer luck how choosing a direction works out.

If you were someone I was going to see in San Diego, Bend, Seattle, Vancouver Island or any West Coast stop, I’m sorry, but it won’t be happening in 2022. Maybe not 2023 either. So many places, so far apart when you’re driving with a trailer behind you.

Choices are the hinges of destiny.