One of the things I loved most about Capitol Reef was the tafoni. The WHAT, you say? Tafoni. Yeah, I didn’t know that’s what it was called either. But now we both do 🙂

It looks like this when you stop the car, get out, and actually stand in front of some of it. 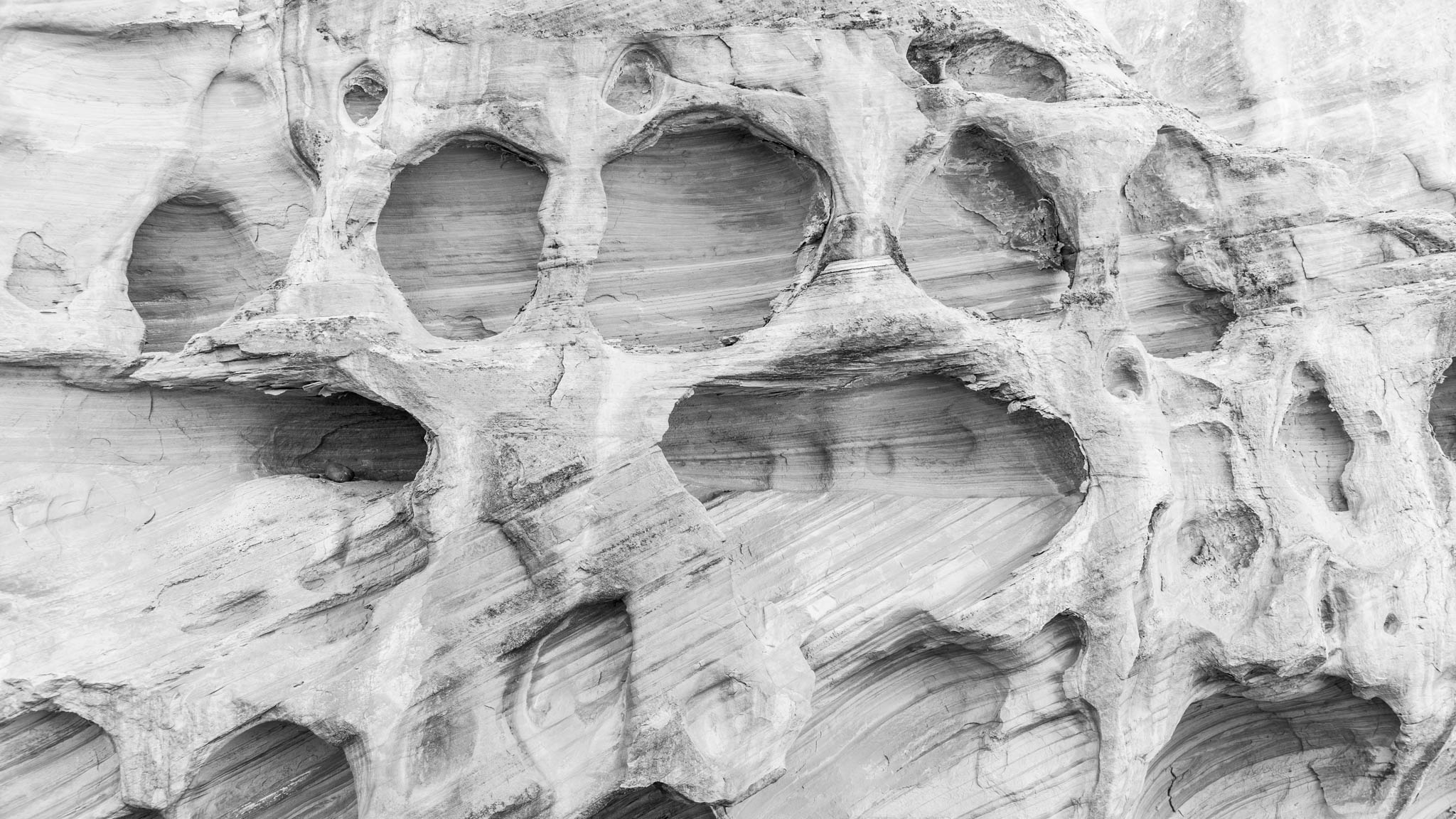 Cavities, holes, pits, whatever you call them, I fell in love with the big walls of tafoni at Capitol Reef.

The singular is “a tafone” but I actually didn’t see many tafone on their own. This one I zoomed in on from the section above. It appealed to me because it was large enough to show the striations in the layer behind it. Something big happened here, to make one section horizontal and the other slanted. 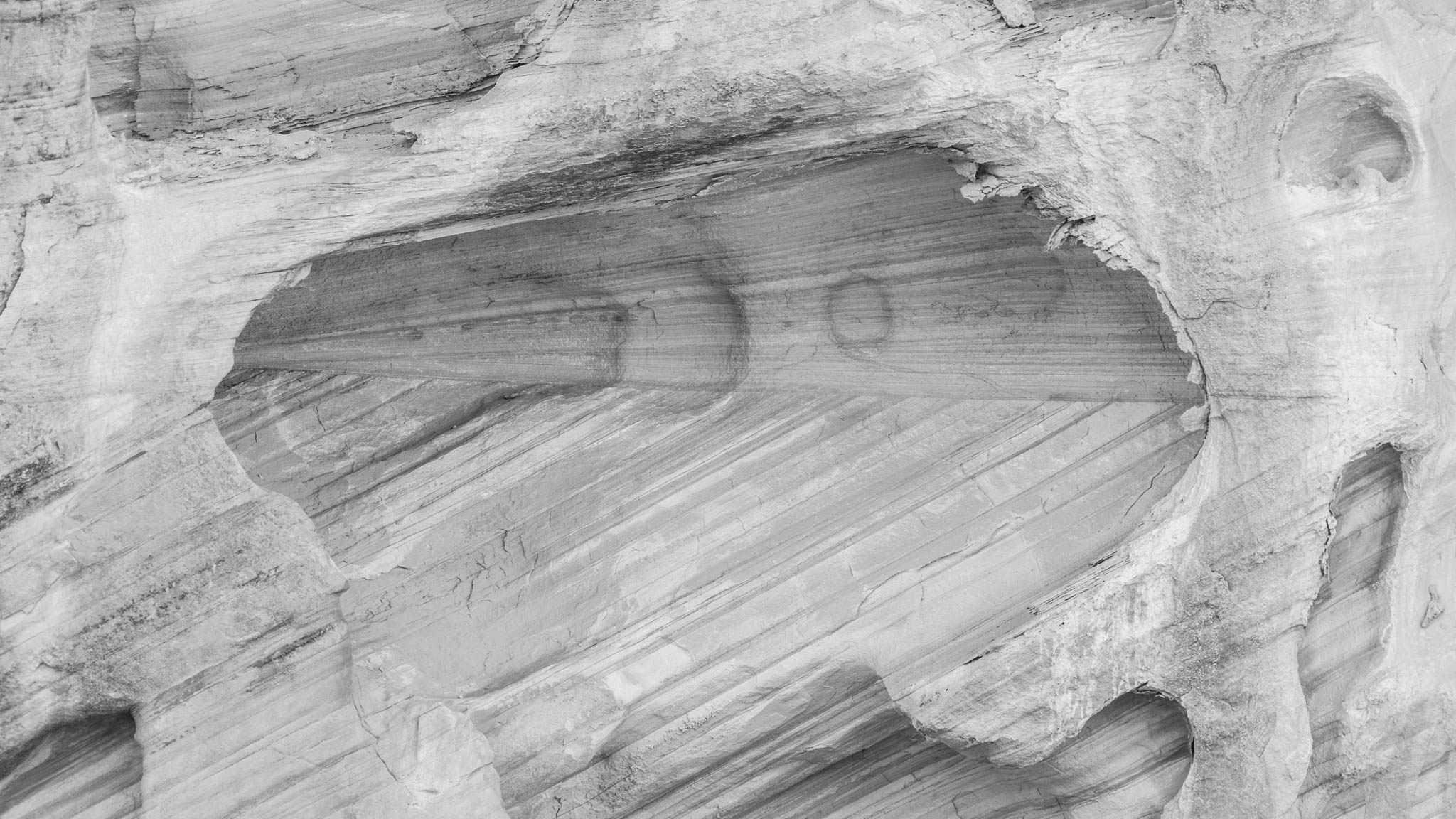 What causes tafoni to form? In short, weathering and erosion. In Capitol Reef, the tafoni is all in the sandstone layer. Some of sections of sandstone are more loosely formed than others, and so more easily broken down by wind, water, and ice. 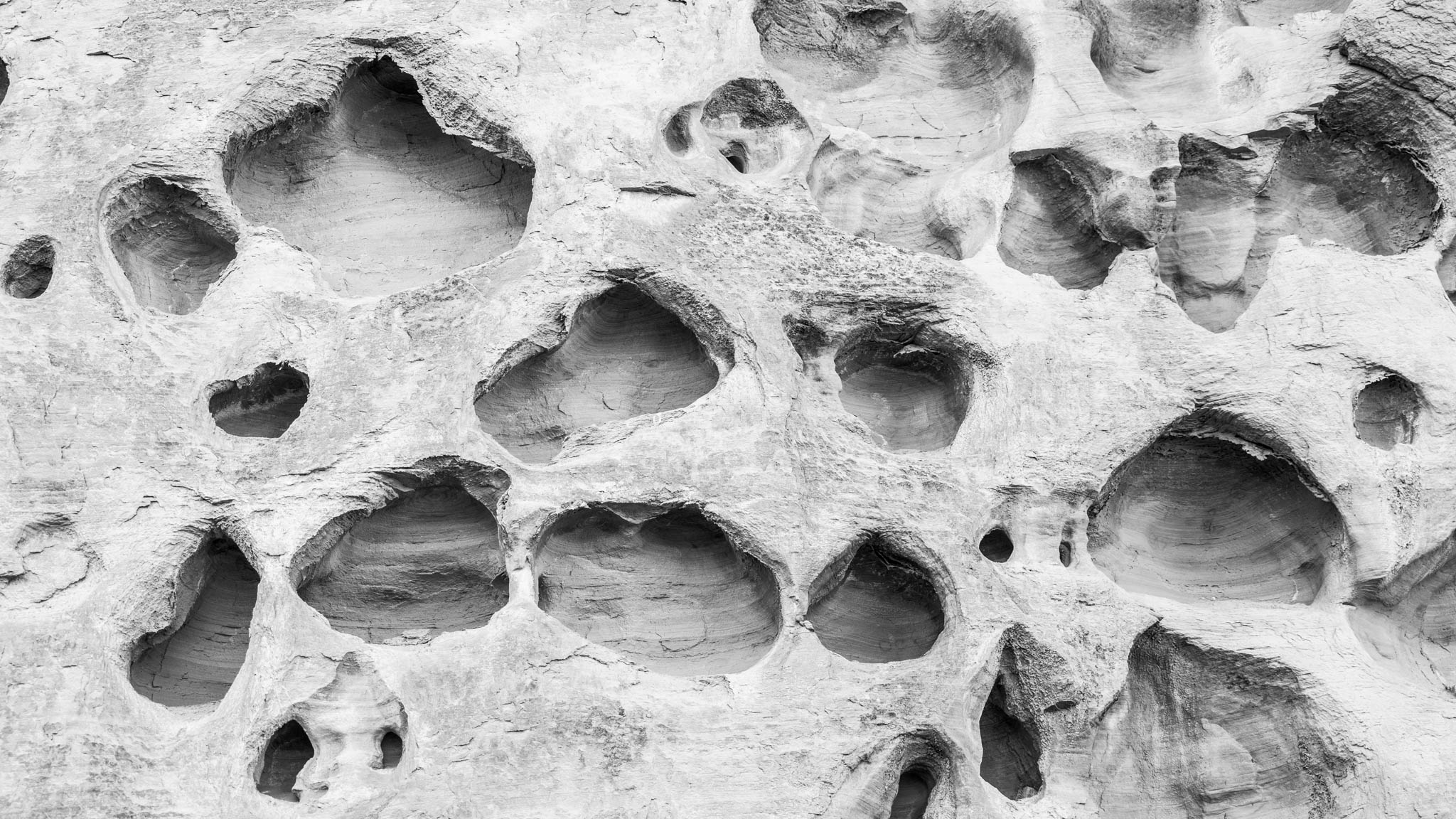 These are all vertical tafoni. In images like the one below, you can almost see the water (or melting ice) dripping down and creating these long, thing shapes over eons of time. 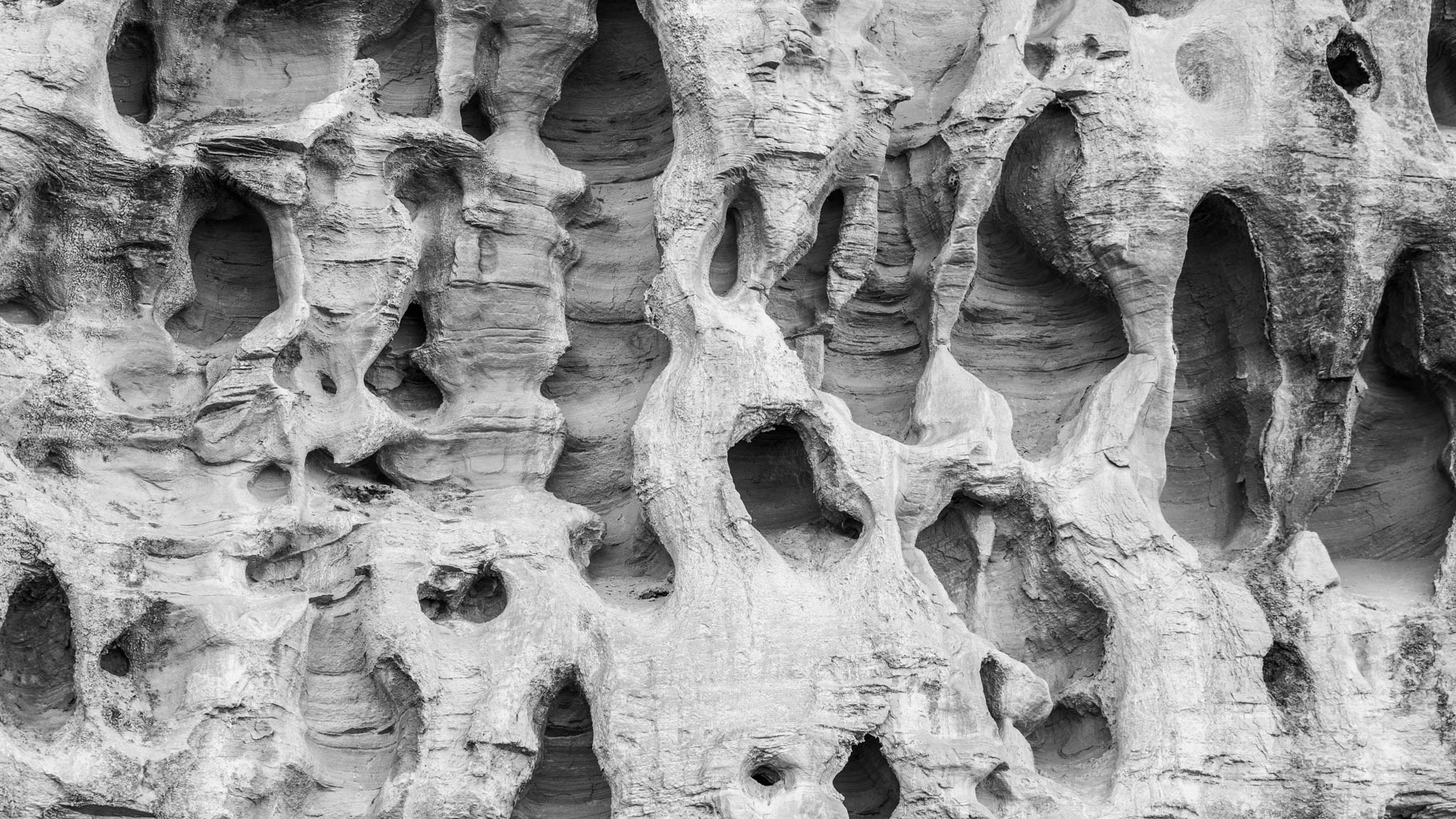 You might have seen tafoni, smaller honecombs at the beach, for example. And tafoni has even been found on Mars, which is really cool. Geological processes are basically the same: rocks, weathering, erosion, whether you’re on Earth or the Red Planet. 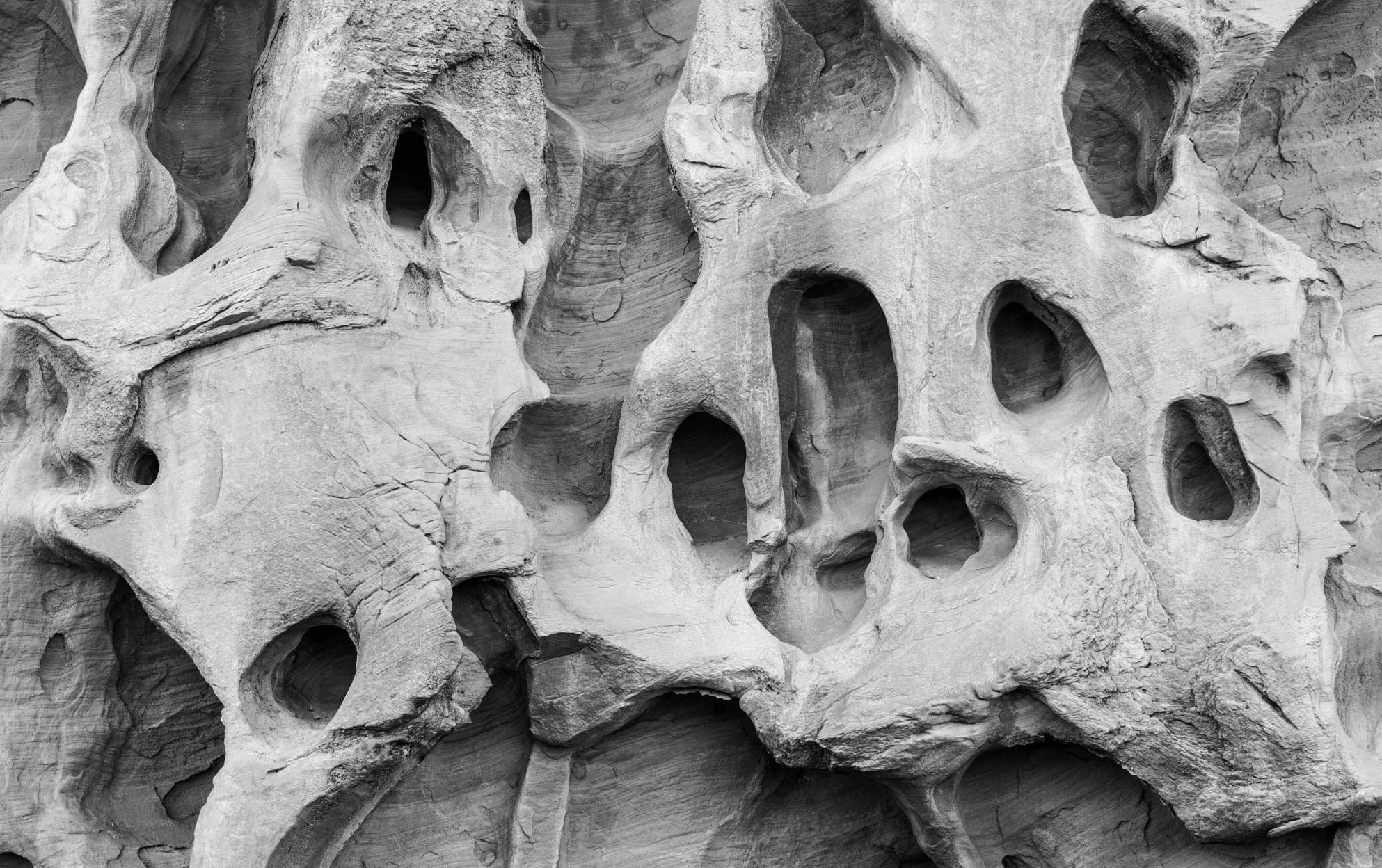 Now that you’ve seen the close-ups, here’s what the whole wall of tafoni looks like, standing by the side of the road on Highway 24. I’d love to go back and take more photos of tafoni, they’re fascinating (at least to me!) 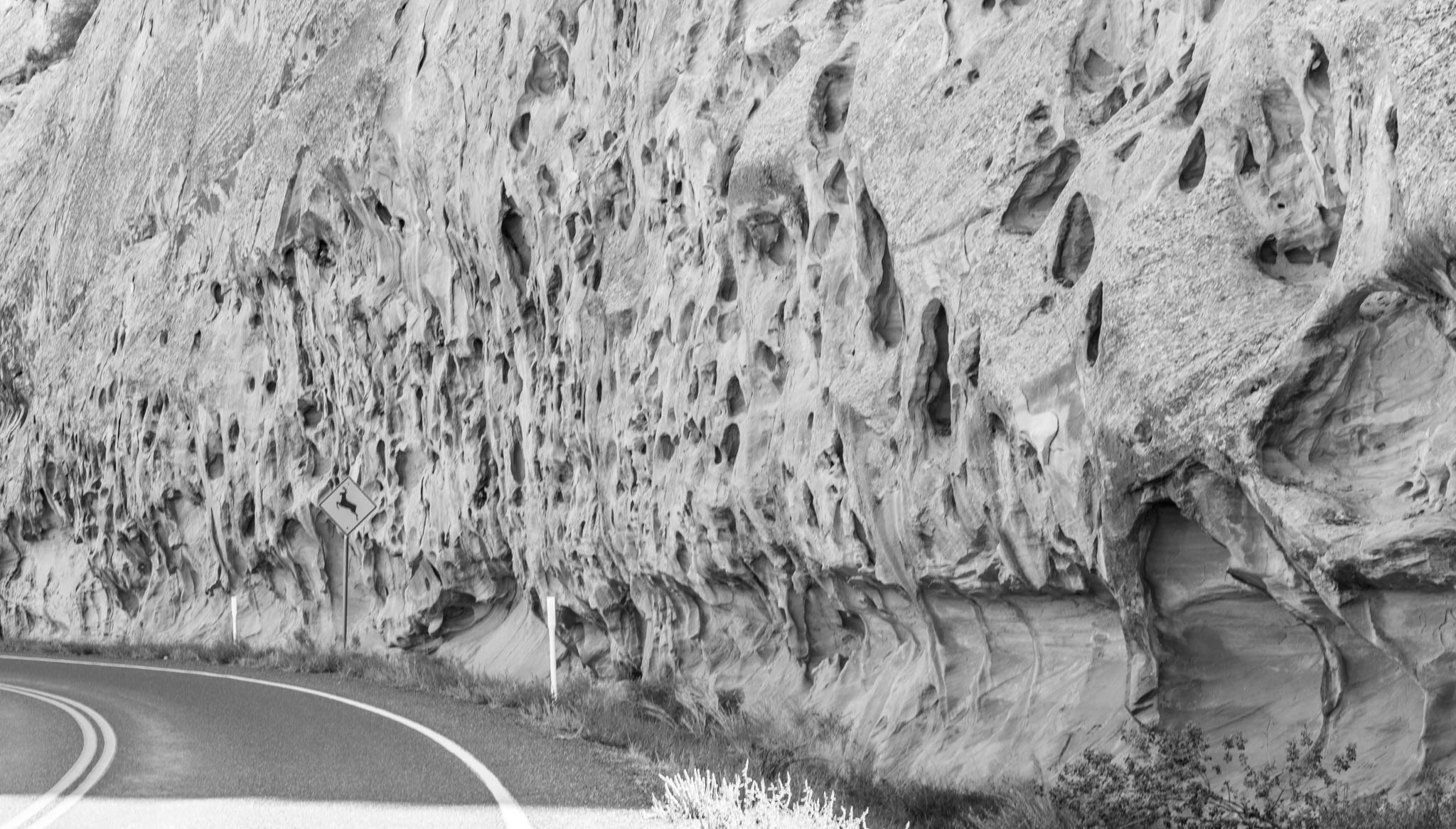 I believe the world is incomprehensibly beautiful — an endless prospect of magic and wonder.