Over the last week, I’ve been scanning in some of my Dad’s photos, everything from old cars to grandkids to trips he took over the decades. (And a lot of photos of power plants because he was a mechanical engineer.) One batch of photos caught my eye and I’m pretty sure you can guess why… 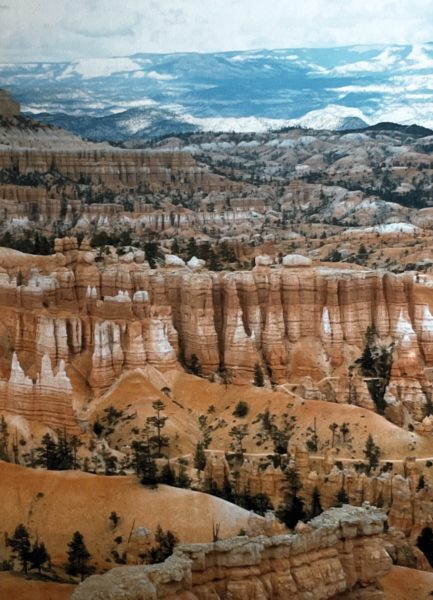 Yep, I found a half dozen shots of Bryce Canyon from a trip he took there in 1986. He was 61 and had been retired for a few years by that time. He had a really nice Minolta SLR with a beautiful 58mm mm lens with manual focus and I’m pretty sure that’s the combination he used to take these images.

I like these old photos for two reasons. First, they show how little the park has changed in 35 years. I stood at this same viewpoint and took the same photo, although I was using  a wider lens so I got more of the hoodoos in mine.

These hoodoos started forming about 50 million years ago. Me, I started forming just over six and a half decades ago. 35 years is more than half my life so far. But to the hoodoos, that 35 years is literally nothing. Maybe some dust off the top of them, that’s it. Thinking about it that way puts my little 60+ years into a new perspective. We’re all just specks of stardust in the huge expanse of time and space that is our universe, past and present. 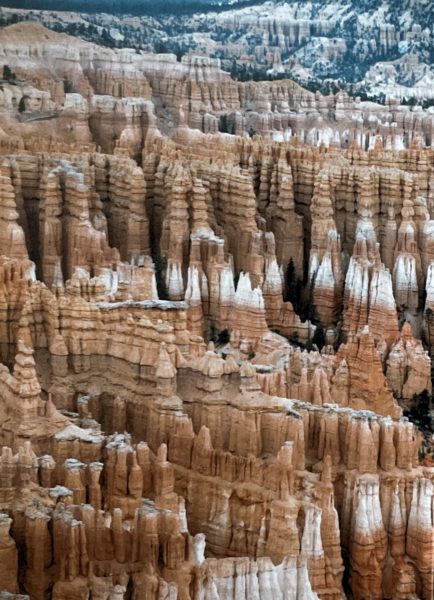 The second reason I like these old photos is precisely because my Dad took them. He had the urge to document what he saw back then and I have that same urge now, which is why this website even exists. I think he took these pictures so he could remember the trip years later and know things were as beautiful as he remembered them in his head. I take pictures for the same reason. When I’m old and thinking about what I’ve done with my life, I want to be able to look at pictures of places I’ve been and remember the wonder I felt. We’re a lot alike, my Dad and me. Both photographers, both wanderers at heart, both ready to use any excuse to take a road trip (especially one that included mint chocolate chip ice cream at some point). 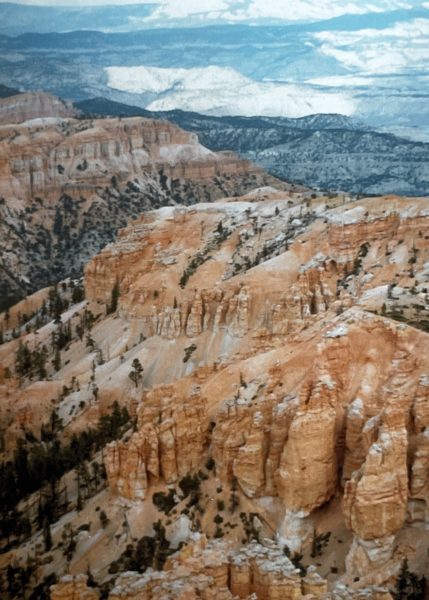 While he was living in his last home, I found his Minolta camera and some of his old lenses tucked away in a drawer. My brother has most of that stuff now, safely stowed away at his house in Wisconsin. Me, I have that 58 mm lens in my kit now. It’s old glass, heavy as hell, but it makes beautiful images. I found an adapter to mount that lens on my Sony A7 and I use it when I want to capture a mood or feeling of a place. 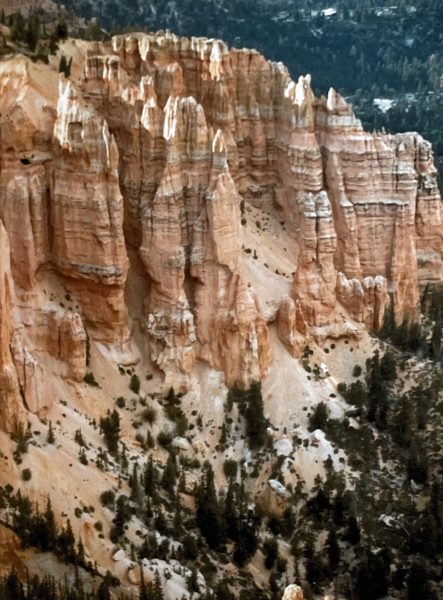 My Dad took most of these photos in portrait mode rather than landscape mode. I think he was trying to capture as much of the different formations as he could with that lens. In my visit to Bryce, I had tried a 55mm lens but eventually settled on a combination of 20mm and 35mm lens as the way to get as much as possible into each shot. 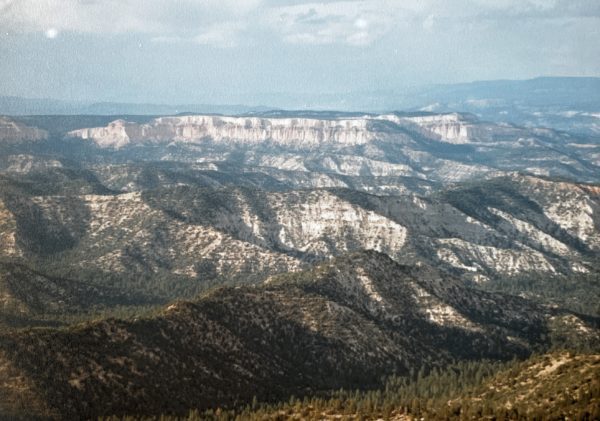 I wish I’d seen my Dad’s photos before I went to Bryce. I would have liked to have taken that old Minolta lens to places like Rainbow Point and Bryce Point and see if I could capture the same views. Maybe I’d feel  the ghost of the old man nodding as I composed the shots. Ever since my first boxy film camera back when I was in Brownies in Gardena, he encouraged me to keep shooting and document what I saw. I learned from the best.

Every experience is a form of exploration.