When I was driving to Quebec to pick up my Alto trailer in 2016, I went across North Dakota from west to east on Highway 2. This time, I went north to south on Highway 85, taking pictures as I went and enjoying the scenery along the way. 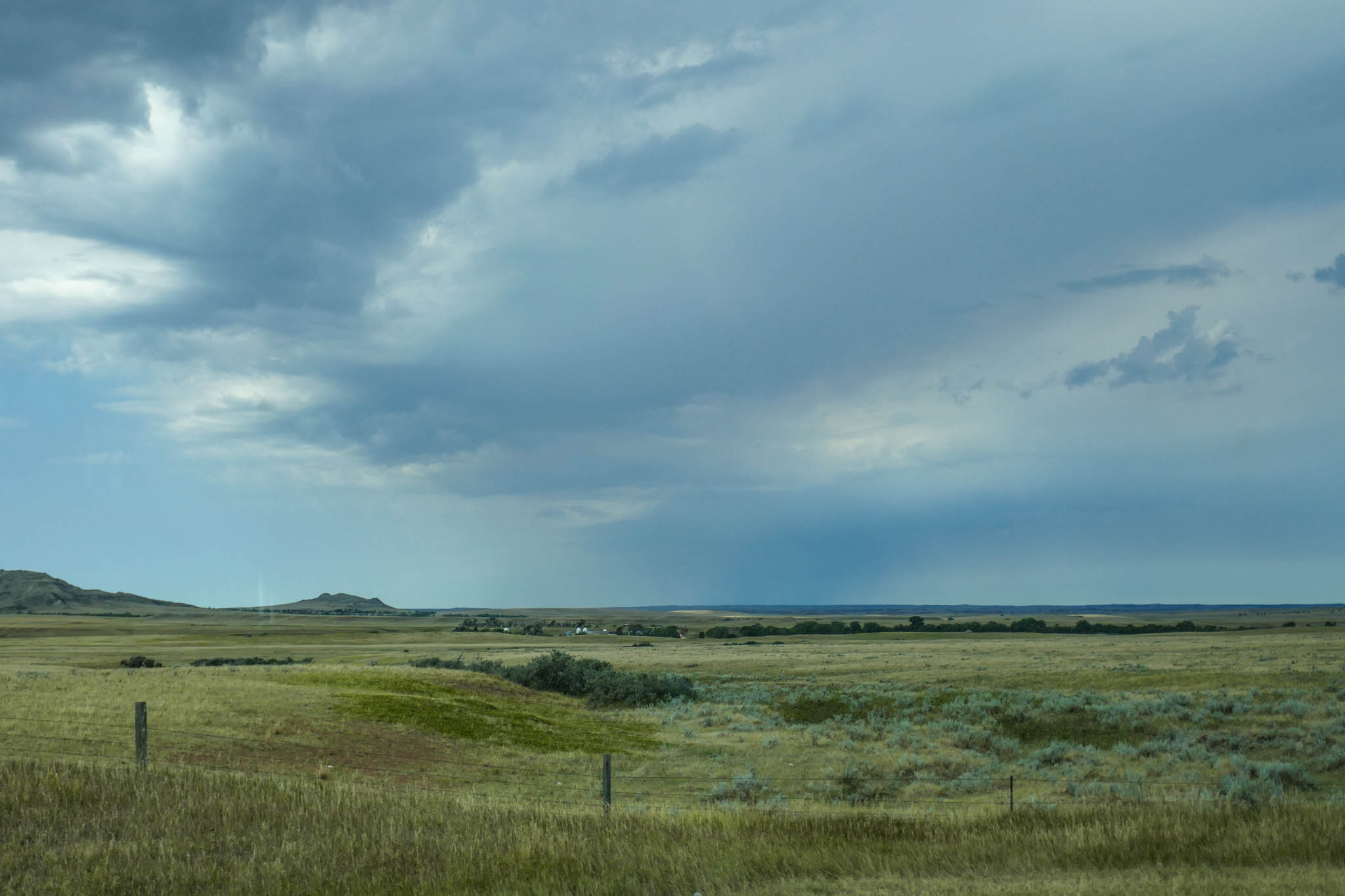 While the skies were somewhat overcast, the rain didn’t make any appearances. Which I’m fine with because driving in the rain while towing a trailer is not one of my favorite activities.

There isn’t a lot of traffic on Highway 85 so cars can easily pass me, like this stylin’ guy did. After getting passed by a lot of pickups, I enjoyed seeing this one in my rearview mirrors and then admired it as it blew by me. 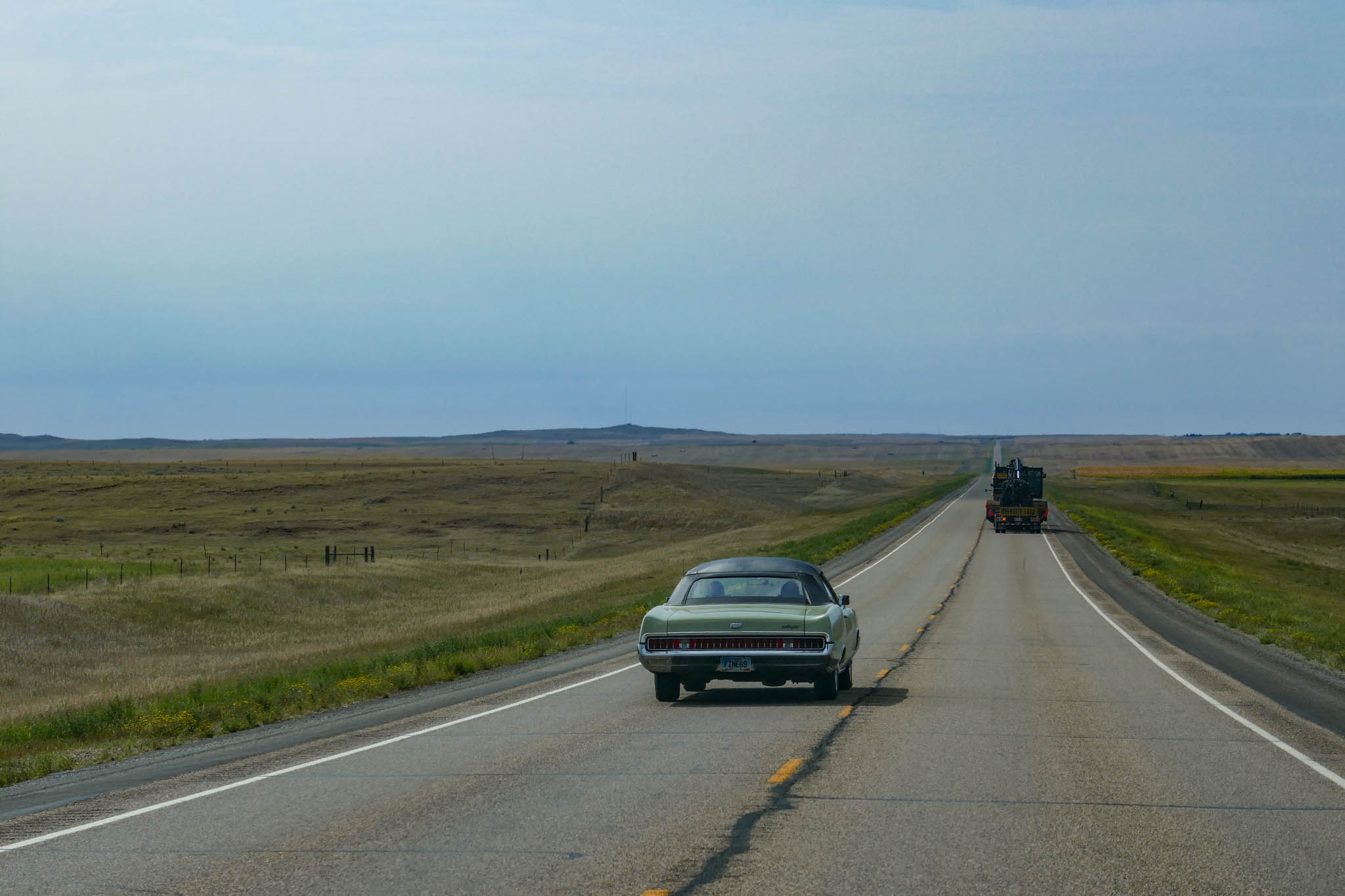 When I’m towing, I rarely go faster than 55 miles per hour for two reasons: gas mileage and safety. When it’s windy (and when *isn’t* it windy in the Dakotas?!), I feel safer going more slowly, especially when those big trucks pass me. And with the cost of gas (it’s well over $3/gallon in the Dakotas), I like the mileage I get at 55 way better than the mileage I get at 65. 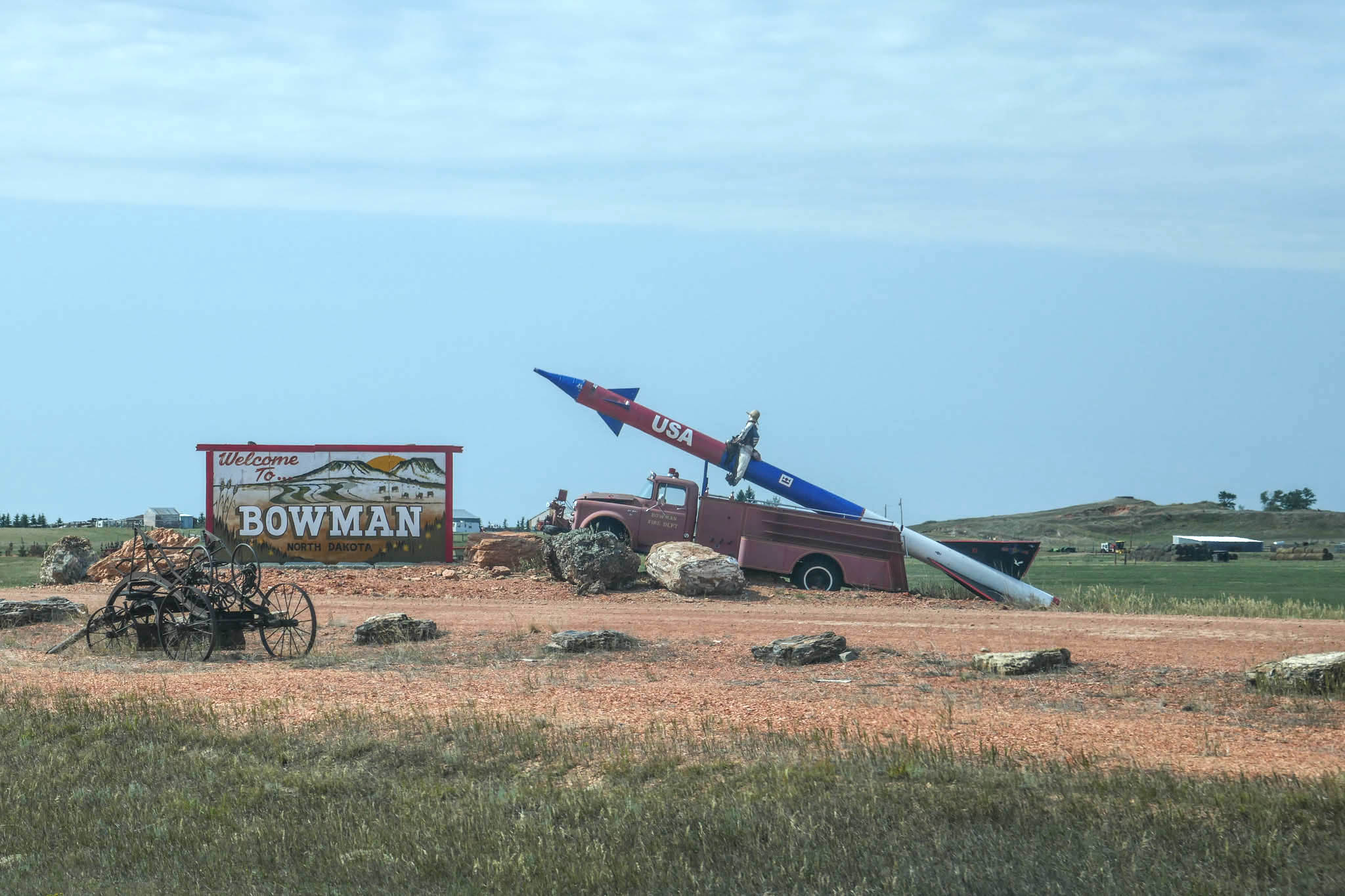 I’d heard about the missile-riding cowboy of Bowman and I caught a shot as I went by (slowly, because at this point I was following that big truck you see in the earlier photo and he was going 45 mph). Right next to the missileman is a full-sized airplane that acts as a weird kind of weathervane. 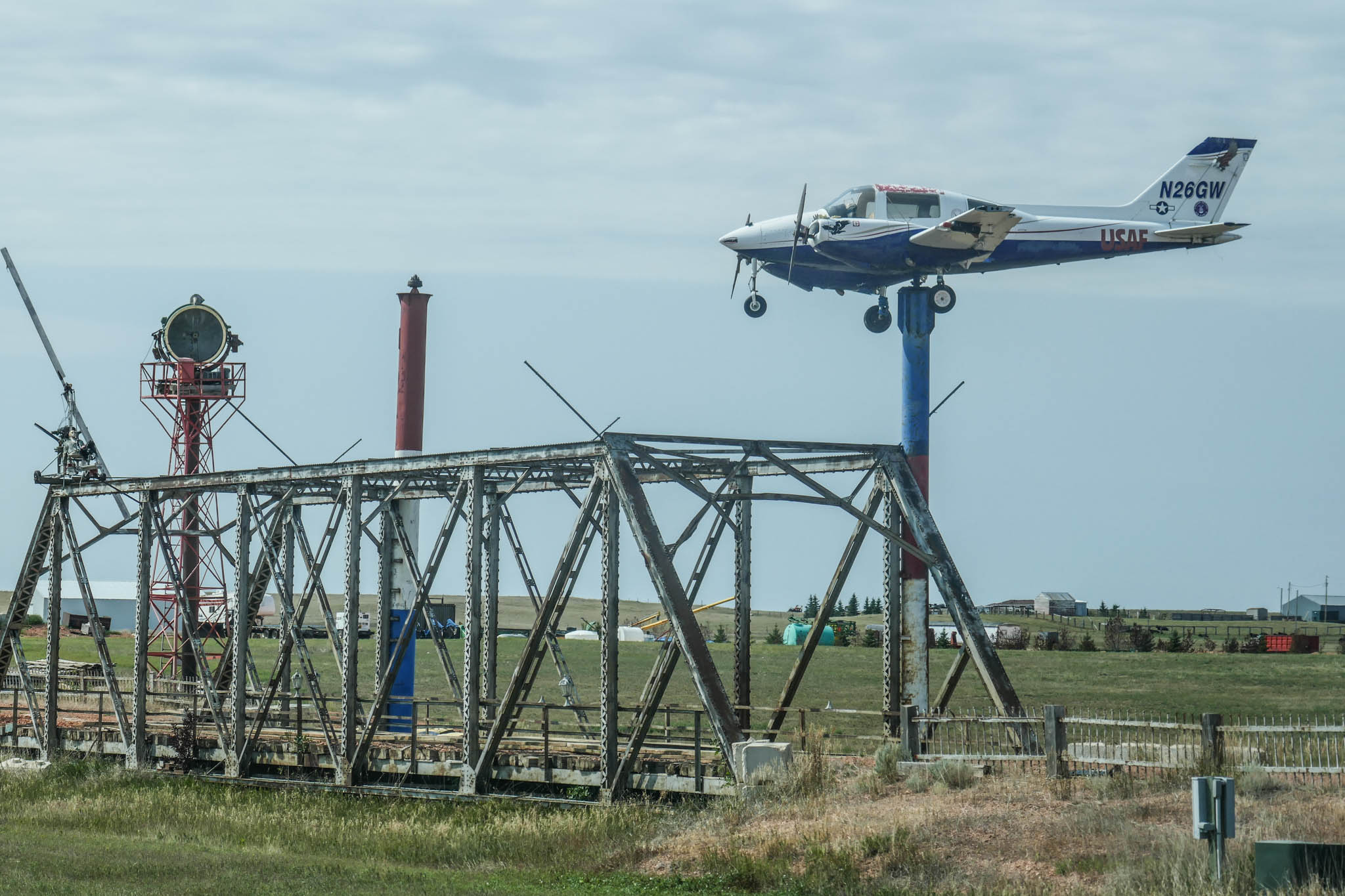 As I made my way farther south, towards Belle Fourche in South Dakota, the terrain started to change. The pancake flat land started showing foothills and buttes that foreshadowed the Black Hills where I was heading. After so many weeks spent in mostly flat and sea level places, I was getting excited to see the mountains again. 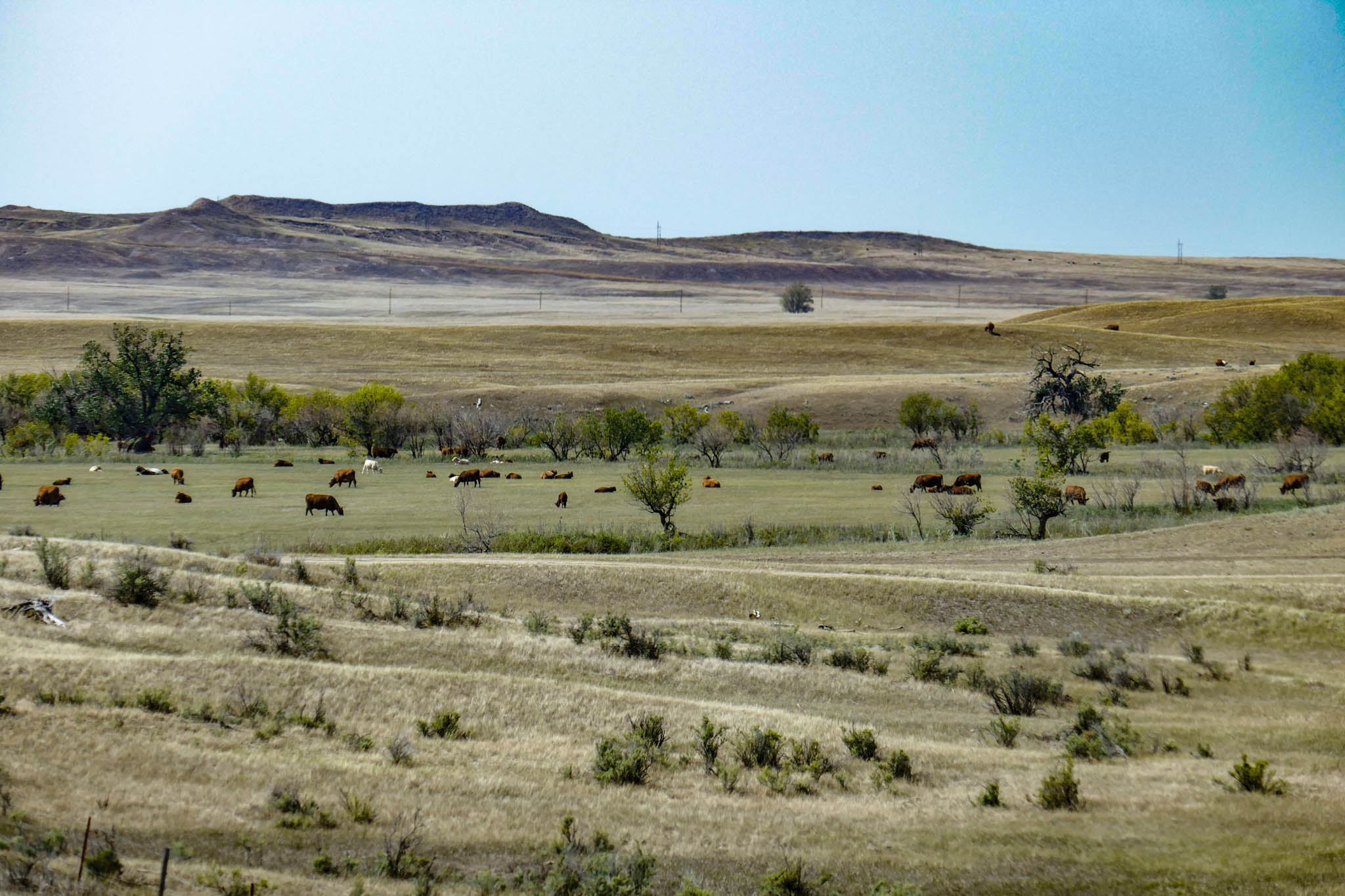 I’ve been listening to Beethoven’s symphonies as I drive on these back roads of America. It somehow speaks to our common humanity that a German who composed music in the early 1800s could align so well to the experience of driving the plains and badlands of the Dakota. On this drive, listened to Symphony #2 (on repeat).

To play a wrong note is insignificant; to play without passion is inexcusable.