Between Michigan and Minnesota on the south shore of Lake Superior is a tiny sliver of Wisconsin. Mostly, it’s all at Saxon Harbor Park, so that seemed a perfect halfway spot between the Porcupine Mountains (my previous stop) and the trip-ending destination of Duluth. The view of the lake was pretty good from here, too. 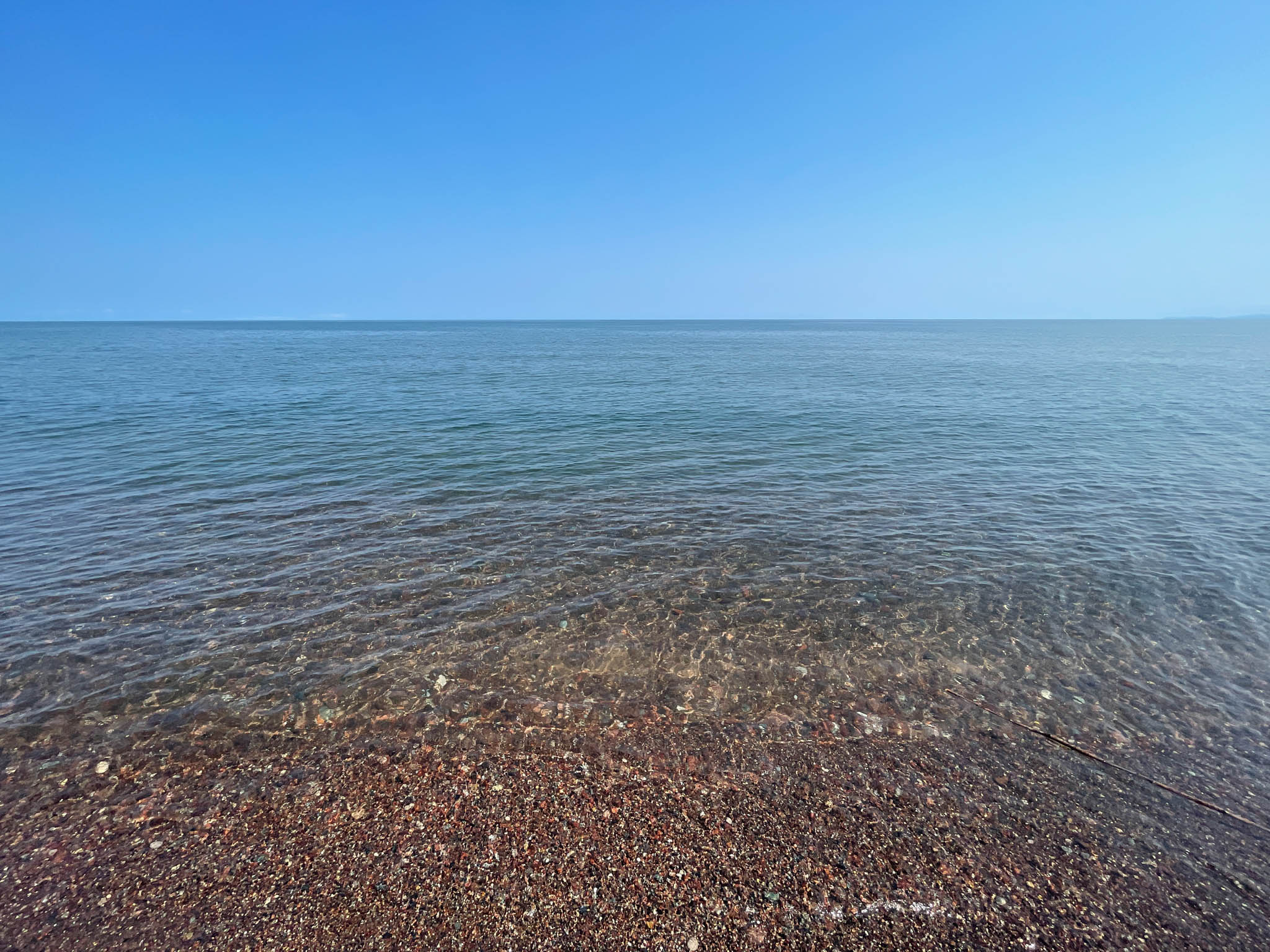 The first night, we had a terrific storm blow through. I stood outside before the rain started, listening to the stand of trees behind me howl and bend with the wind. By the time I decided to go back inside, I could barely get the Alto’s door open. The force of the wind and the difference in air pressure between outside and inside, yikes! I battened down the hatches and got ready for the worst of it to hit. As the wind faded out, the thunder and lightning started in. I lay on the back bed, looking out the windows, watching jagged streaks of lightning tear across the night sky. I love a good storm at night, when I’m warm and dry while the world seems to explode outside my little trailer.

By the next afternoon, it was so calm that I put my kayak in the water and paddled out of the harbor and onto Lake Superior. I didn’t go that far out but I can now claim Superior and Wisconsin on my paddling list. Yay! As far as paddling goes, it’s a lot more like being on the ocean, even on a calm day like today, than it is being on a smaller lake. I kept an eye on the water and the sky, never quite turning my back on the waves in case the wind picked up. One thing I’ve learned from camping near the Great Lakes is that the weather can quickly change and storm timings and ferocity are hard to predict. I definitely respect the lakes and the weather up here. 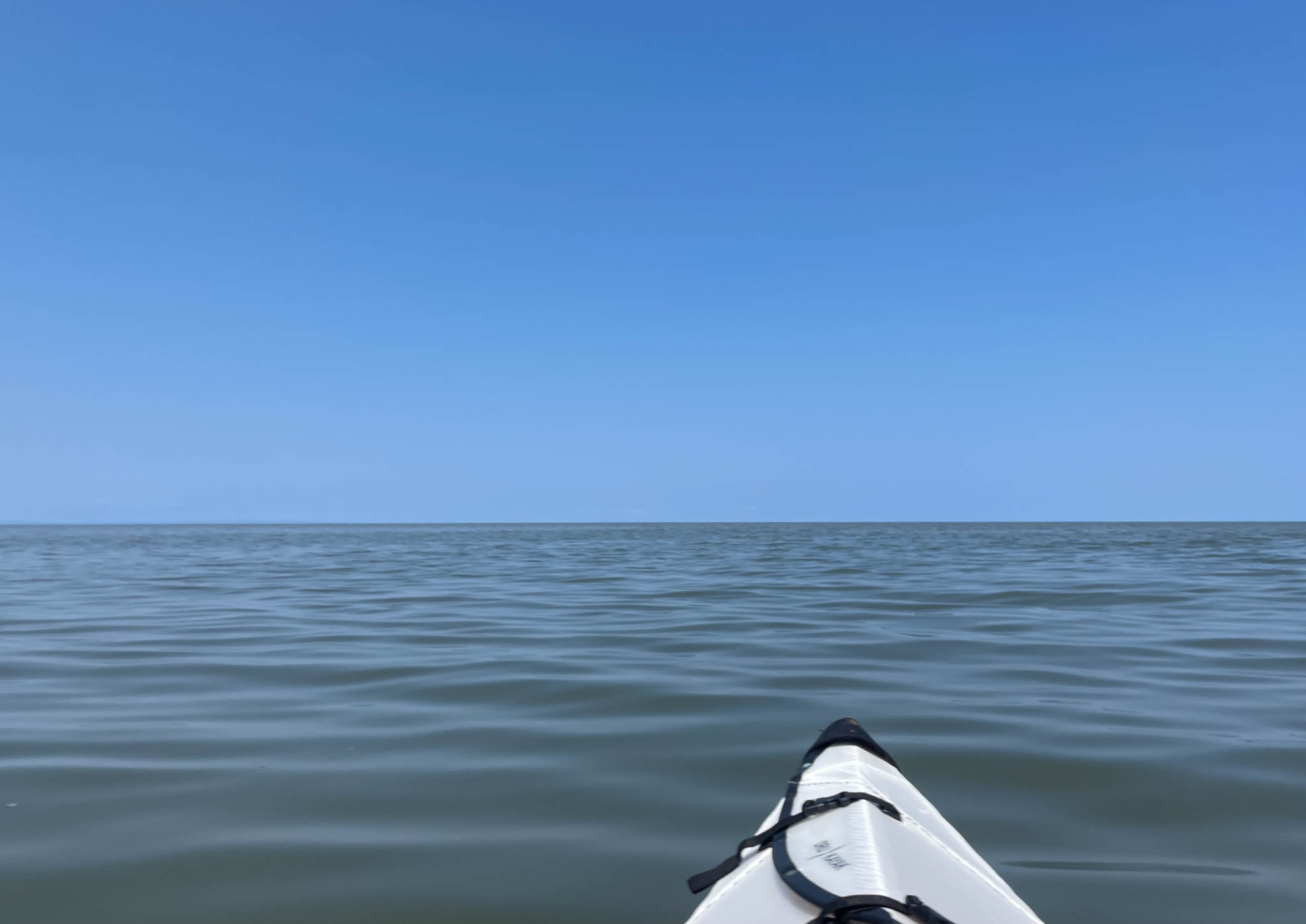 Right next to my campsite was a field of flowers and so of course I had to take a photo of it. You’d never know these things were almost flattened by that storm, would you? 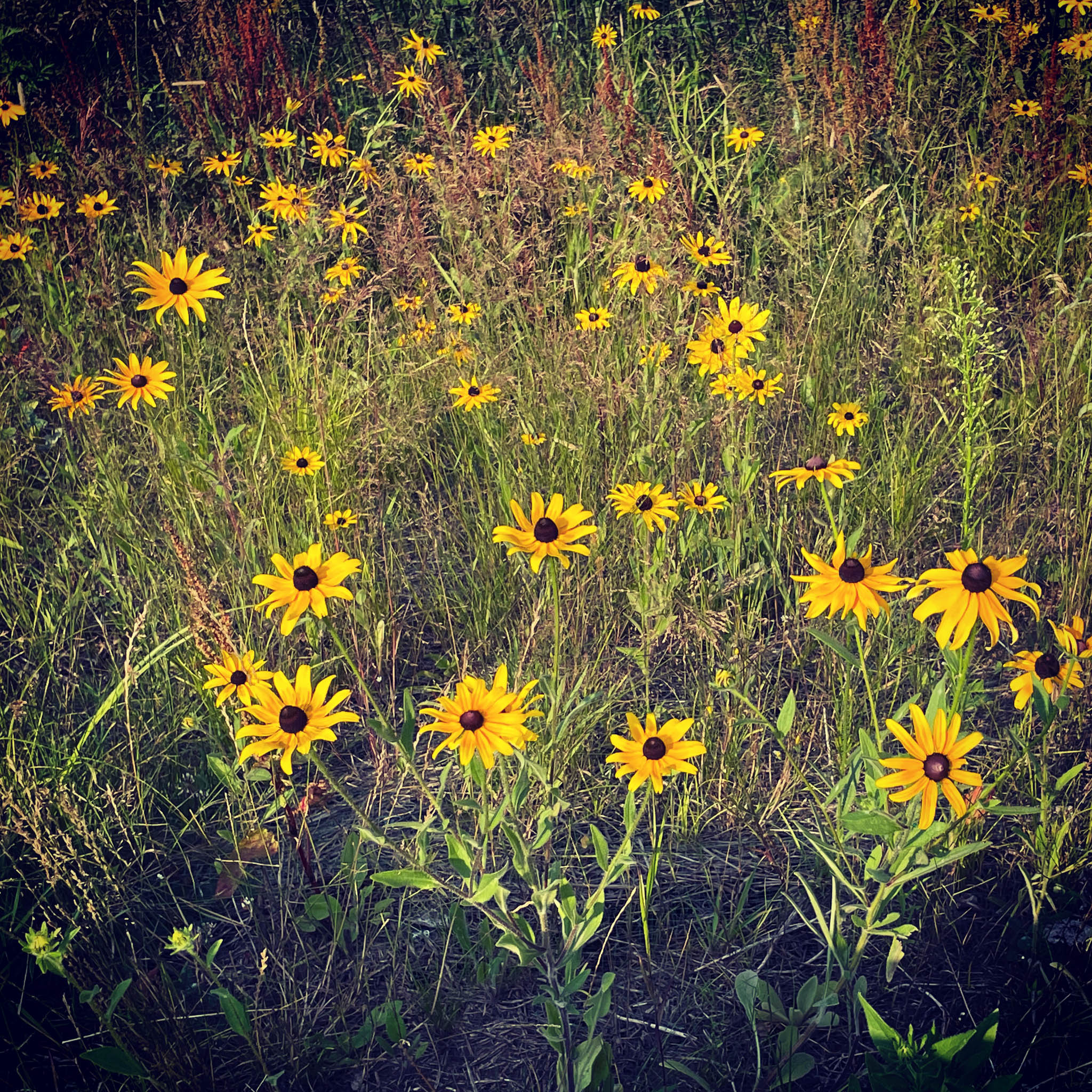 The nearest town with a gas station was back in Michigan, so off I went the next morning to fill up and stock up. It didn’t hurt that the town of Ironwood also featured a nice little bakery. The old men at the front table, chewing the fat while they drank their coffee and ate their donuts, set the tone for the place. I bought an old-fashioned (a plain donut for those who don’t use Dunkin’ Donuts terminology) and a few other things, which I ate over the course of the day as lunch. All were quite delicious. Definitely worth the stop in Ironwood. 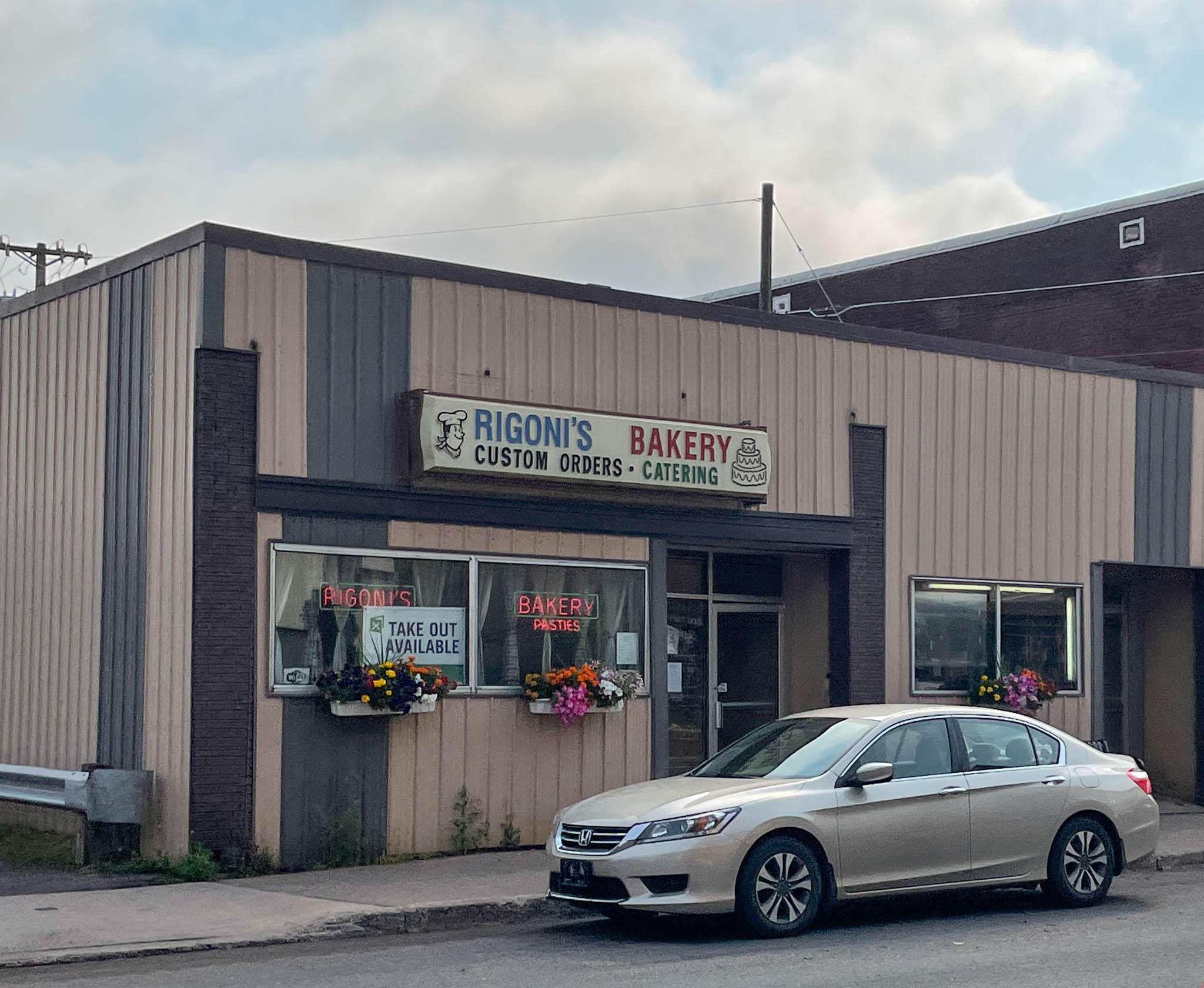 I wandered around the downtown a bit, where the park paid tribute to the old train station and the white settlers who colonized this area (miners and foresters and apparently zero women). The downtown area was hanging on merchant-wise, but it is a far cry from what it must have been in the heyday of Ironwood.

The nearest grocery was the Walmart, both the staple of many outlying places and one of the reasons downtown streets have gotten hollowed out over time. I try to patronize local places when I can but sometimes there’s no other option and so Walmart gets my money.

This Walmart definitely knew its customer base. Right at the checkout stand, next to all the sugary treats were three kinds of liquor in handy pocket-sized bottles. Kinda tells you something about the area, I guess… 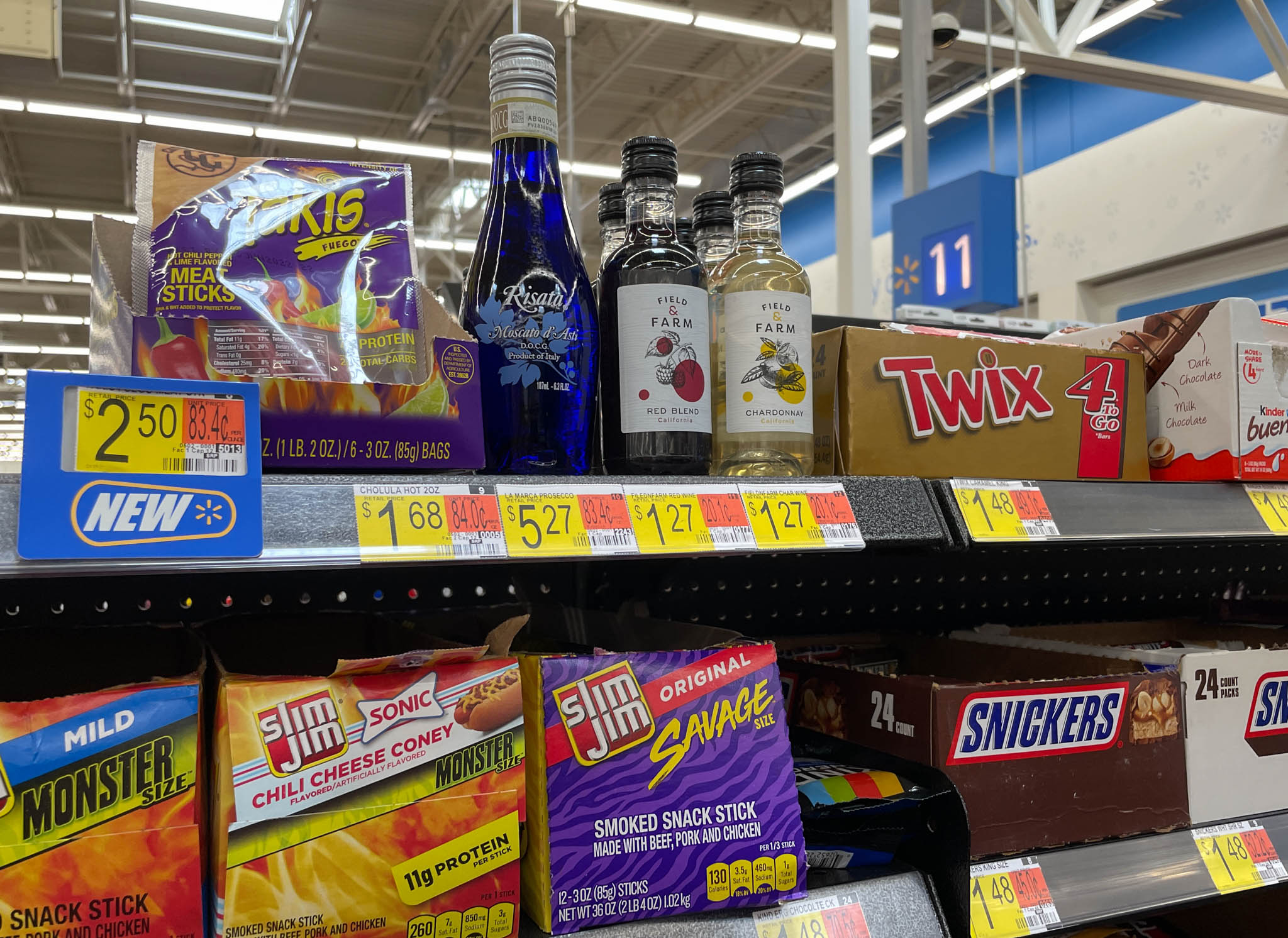 After my kayak excursion, I was a bit hungry and also too lazy to make a proper dinner so I hiked up the hill to the next campground, which featured a little bar and takeaway. As I waited for my $8 bacon cheeseburger to be ready, I listened to the locals sitting at the bar discussing the previous night’s storm. They all thought it was a big one, so I guess I wasn’t a wimp after all. There were reports of a few patios half-gone and chairs flying across yards. And a lot of trash talking too. I tried not to show I was eavesdropping, but it was too entertaining to not listen in. I like finding places like this, where I can be the fly on the wall observing random moments in other people’s lives. 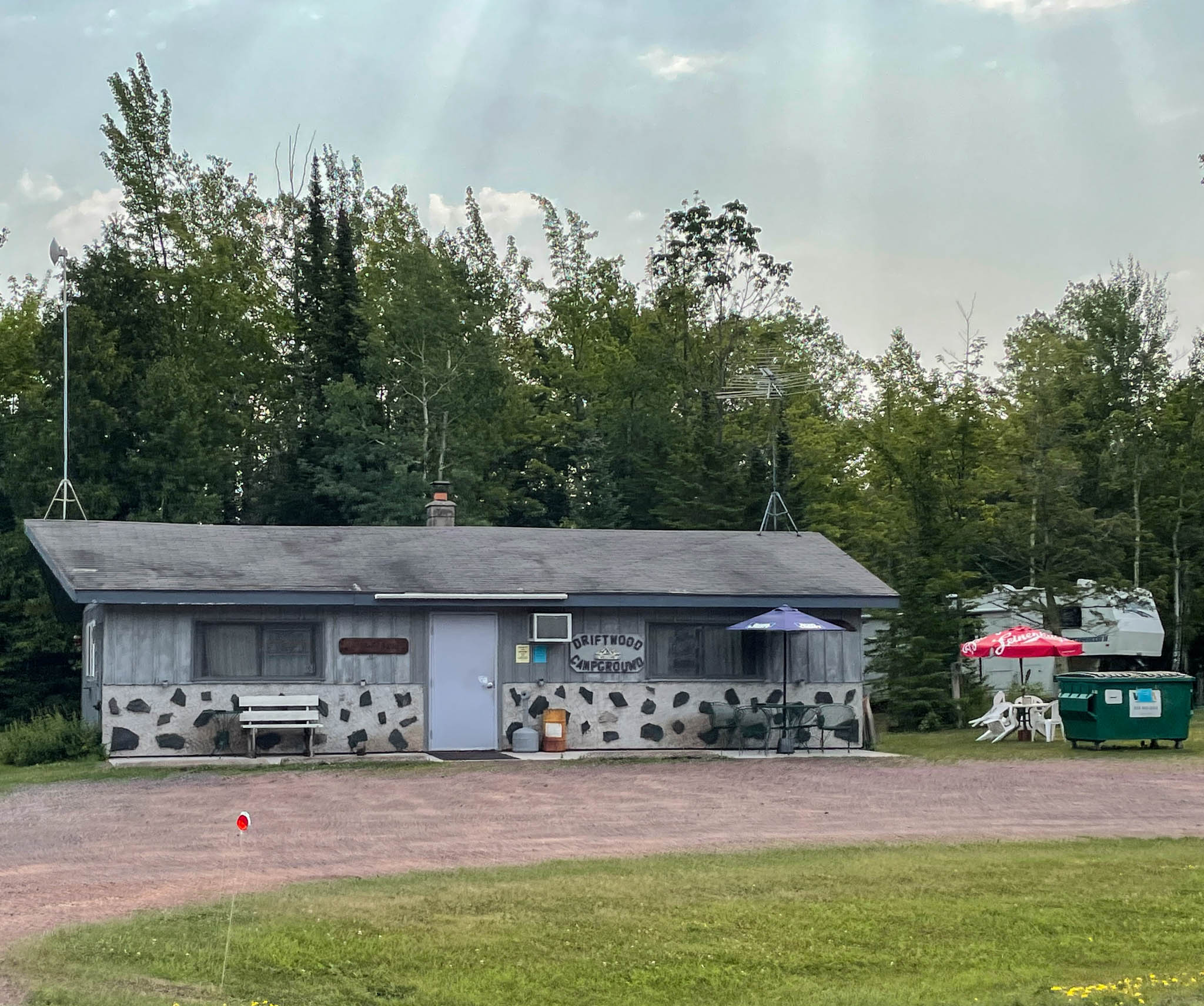 Back home, I stepped outside after dinner (that hamburger was GOOD!) just in time to see the sun fading into the smoke from the western fires. 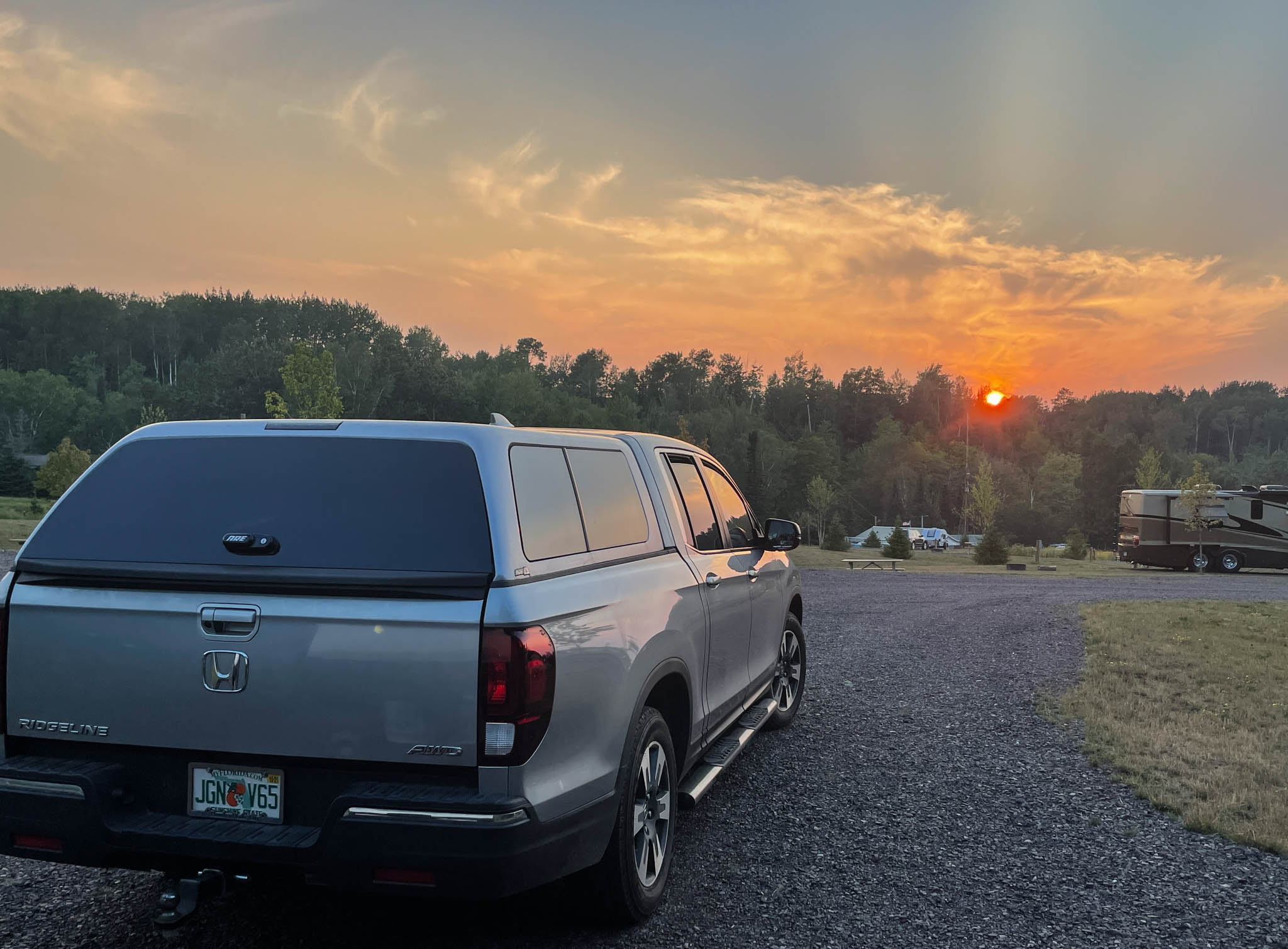 On my way out the next morning, I stopped at the turn before getting on Route 2 westbound to take a picture of this big axe. No idea what it’s doing there but I kind of liked it. There is a business called Big Axe Firewood but it’s about 50 miles away so either the two are unrelated or the business has a really optimistic marketing strategy. 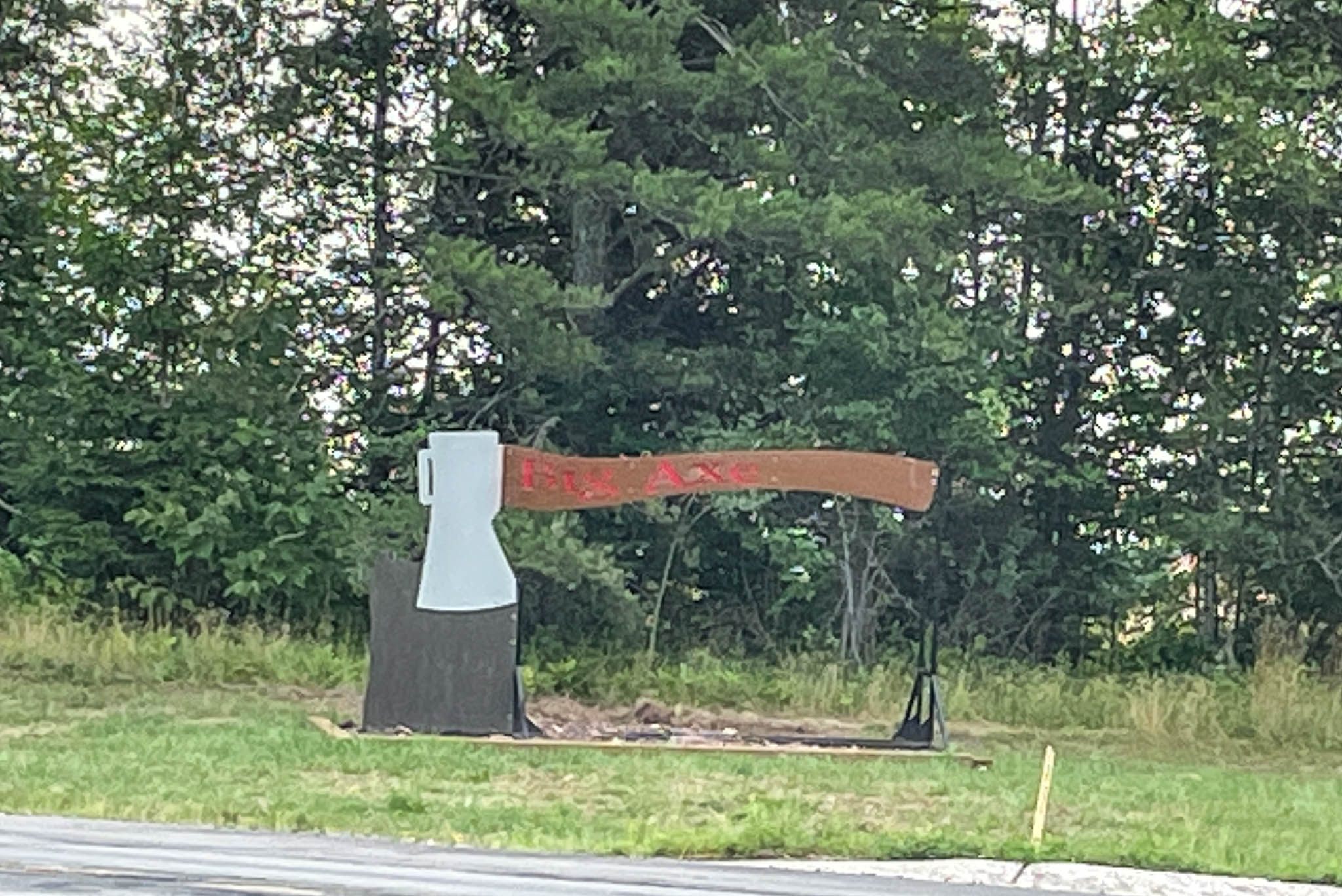 Expect the best, prepare for the worst. Right?

As long as a person doesn’t spend all their time preparing for the worst and miss when they stumble across the best.