Note: Yes, it’s Thursday, not Wednesday, the usual day for my weekly update. Yesterday was one of those days where nothing went right, from showing up at the Subaru dealer where they didn’t have my appointment on the books to getting lost on the way home. So I decided not to test the internet connectivity gods and postponed the update till today.

Last week was a slice of life in the small Southern town of Floyd, Virginia. My friends Jack and Lee have lived near there for decades (I know, we’re all really old people when you get right down to it) and seem to know everyone around. We did happy hour at the local pub, lunch at a local cafe, and dinner at a great Italian place, and in each location, there was a constant stream of friends coming up to say hello. Having lived in big towns all my life, I quite enjoyed experiencing this bit of small town life and learning how everyone was connected to everyone else.

One such connection led me to play tech support for a few days. My housemate in Gainesville has a brother in southern Virginia who runs a rental property just up the road (and UP is the operative word here). It has a beautiful view. Honestly. This is from the balcony, no filter, no post-processing. Just Blue Ridge beauty right off the back deck. 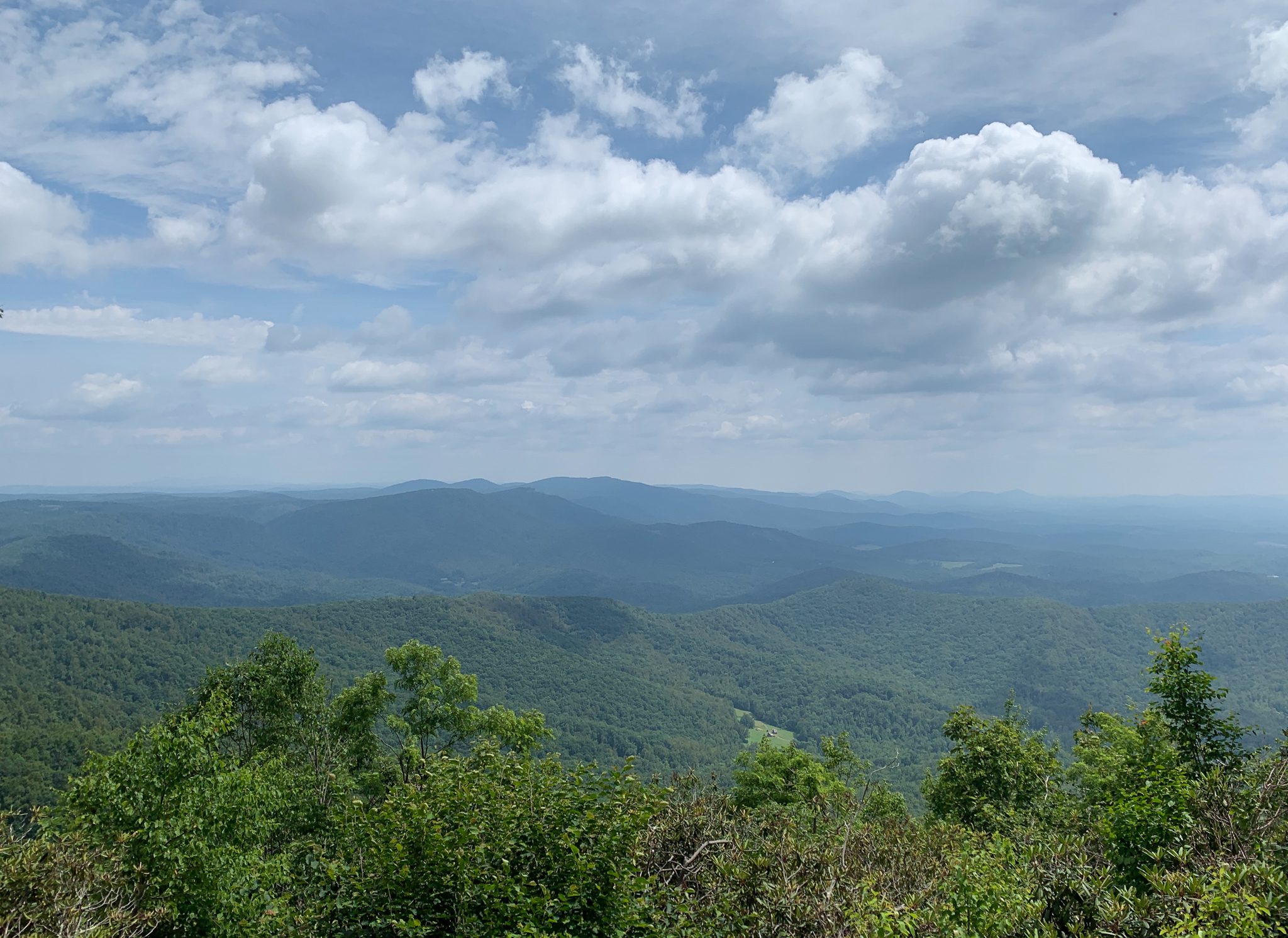 The trouble was, his wireless camera on the back deck had stopped working right about the time their wireless router was replaced. Hmm… Jack, who of course knew the guy, and I ended up puzzling it a bit and then called tech support and got it working again. My payment? I get to look at that camera view whenever the mood strikes me, so that’s kind of cool. 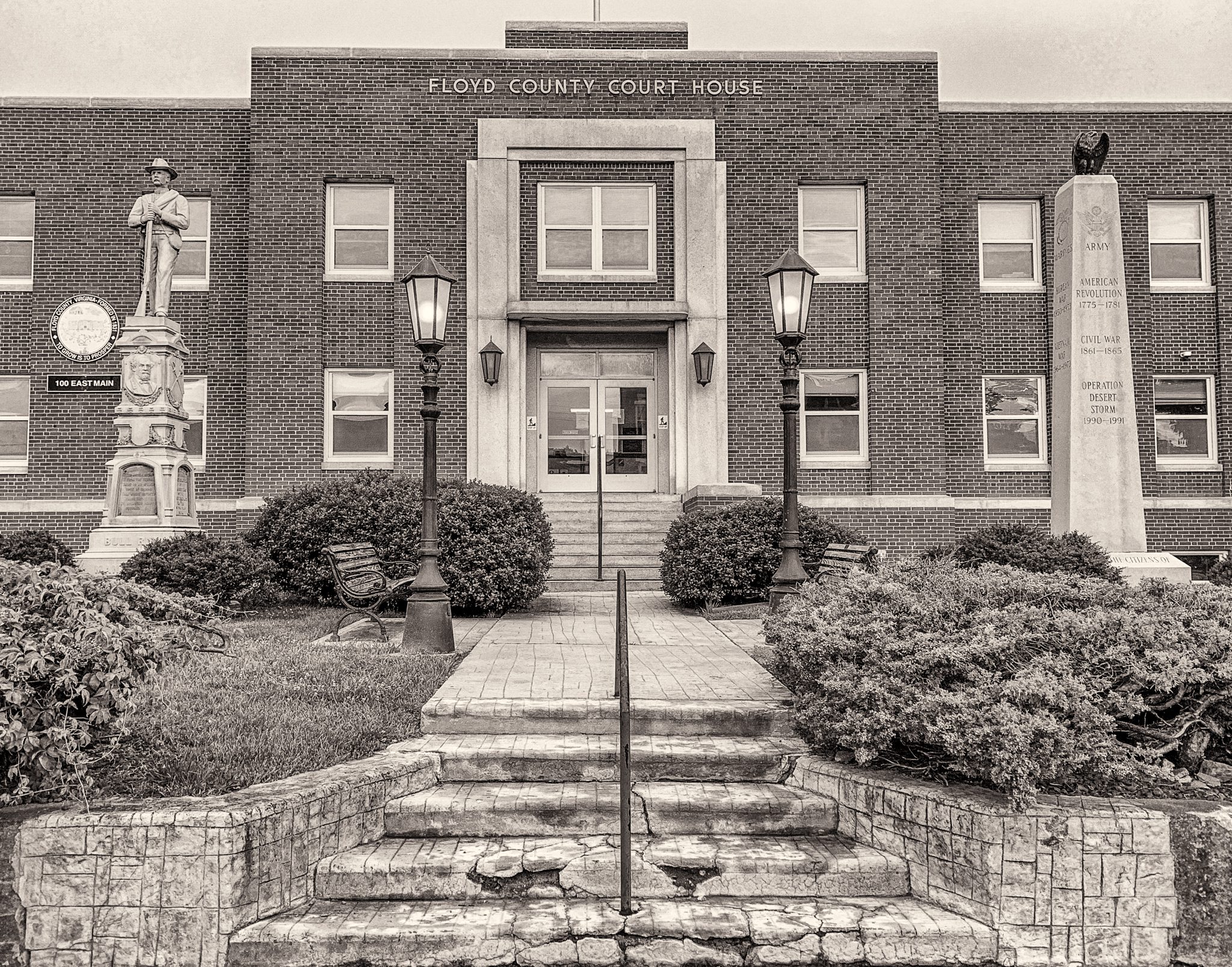 We drove through Floyd a few times, and Jack was kind enough to make sure I didn’t miss that Floyd has its own confederate statue, that one on the left, right there on the front lawn of the county courthouse.

I still don’t get the confederate statues thing. I mean, I know how the United Daughters of the Confederacy erected many of them in the waning years of the 19th century, long after the Civil War had ended. The Lost Cause still pervades the southern states and at some point, we as a country need to reckon with all that belief system entails. (Yes, those are links, and good ones, go read the articles at the other end of each link.)

On a lighter note, there were two amazing things about staying on Jack and Lee’s piece of land. First was the red-tailed hawk, who I met the day I left. Lee has been a falconer for thirty years (!) and this is the newest hawk she’s training. And, yes, I stayed well clear of him. 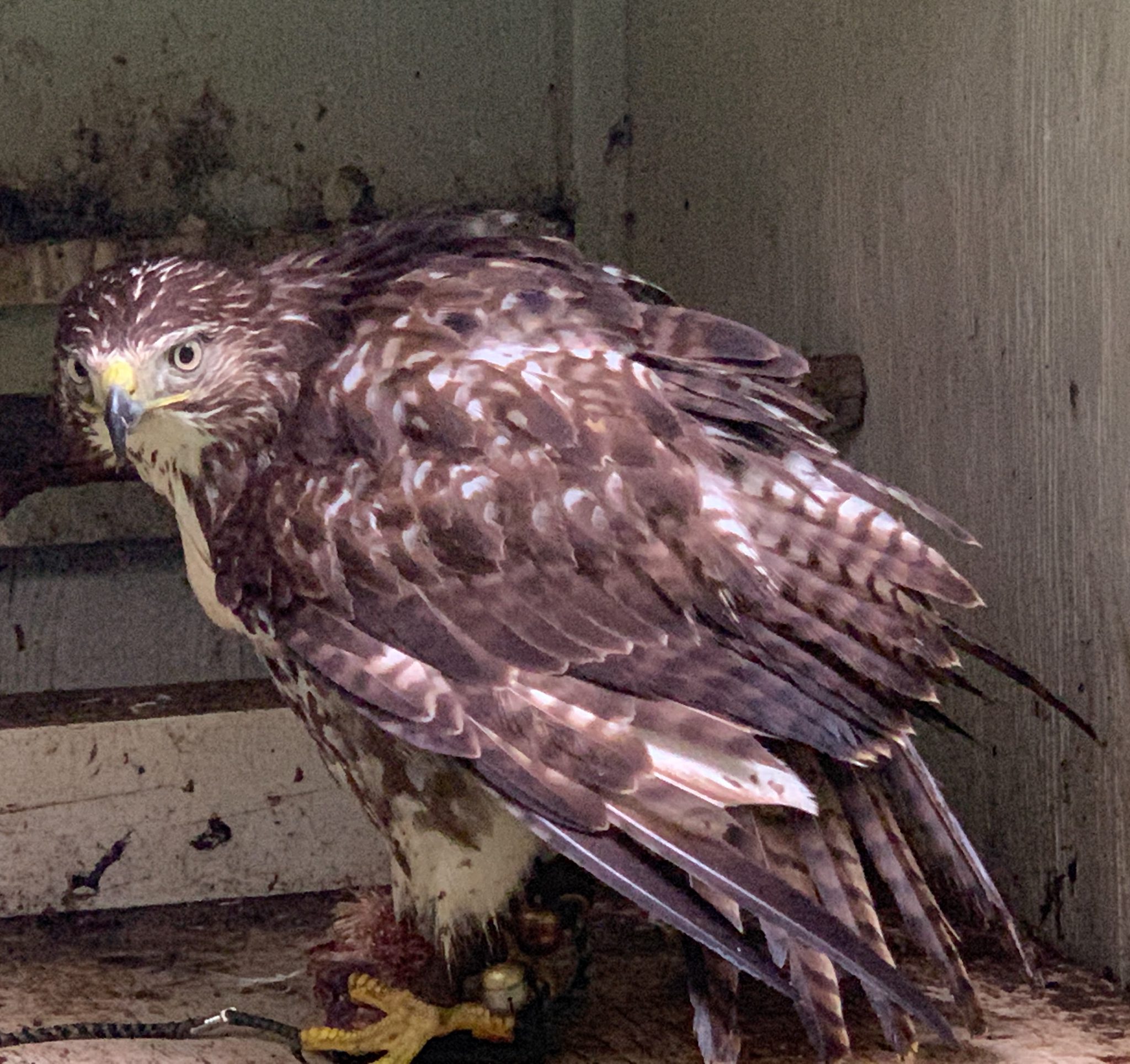 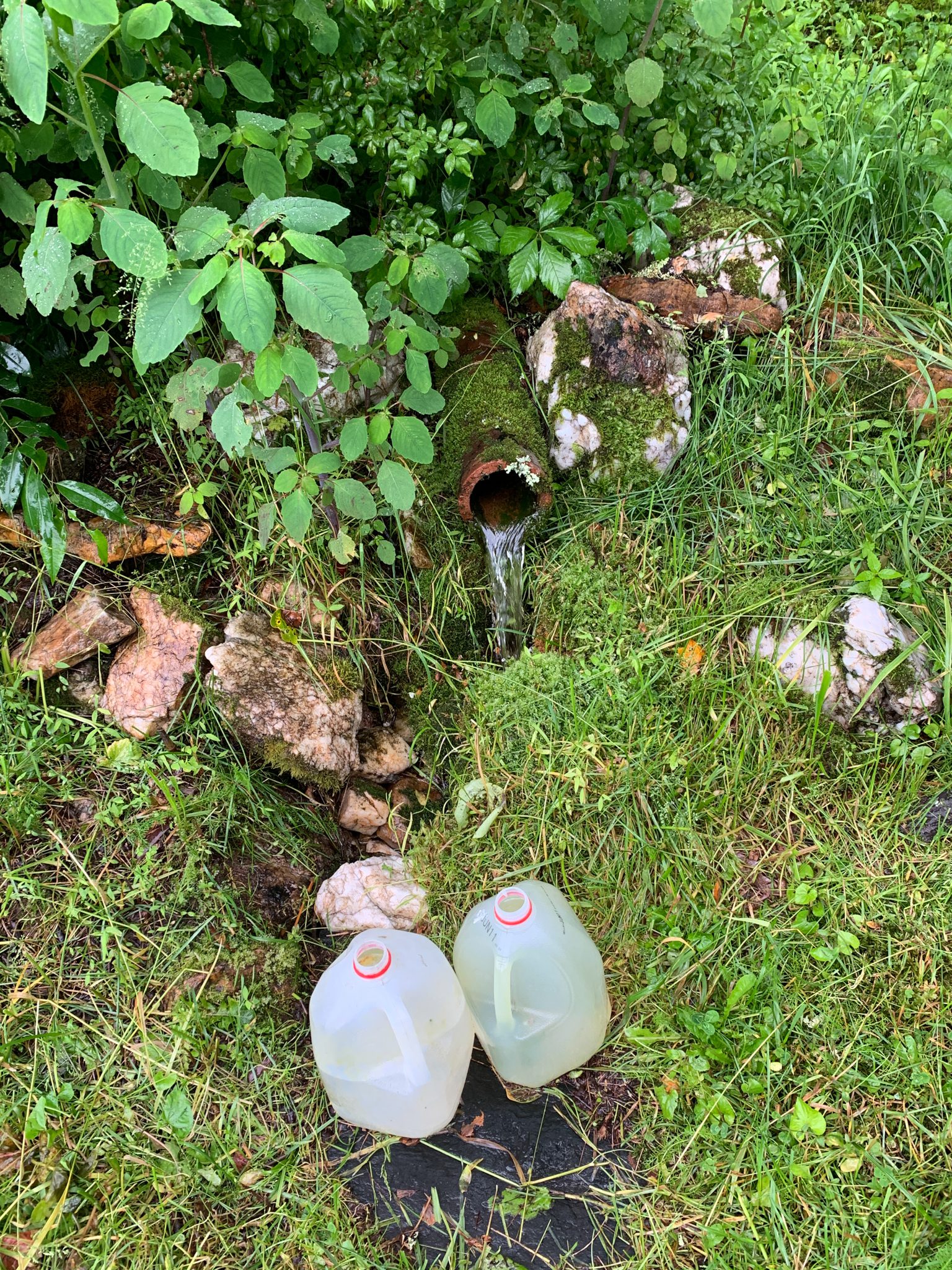 After I’d marveled over the bird and the springs, it was time to hitch up in the pouring rain and head down the road to my next spot, a return to a lovely Corps of Engineers lake I visited briefly last year. This time, I got a paddling session in between thunderstorms and crazy bouts of wind. 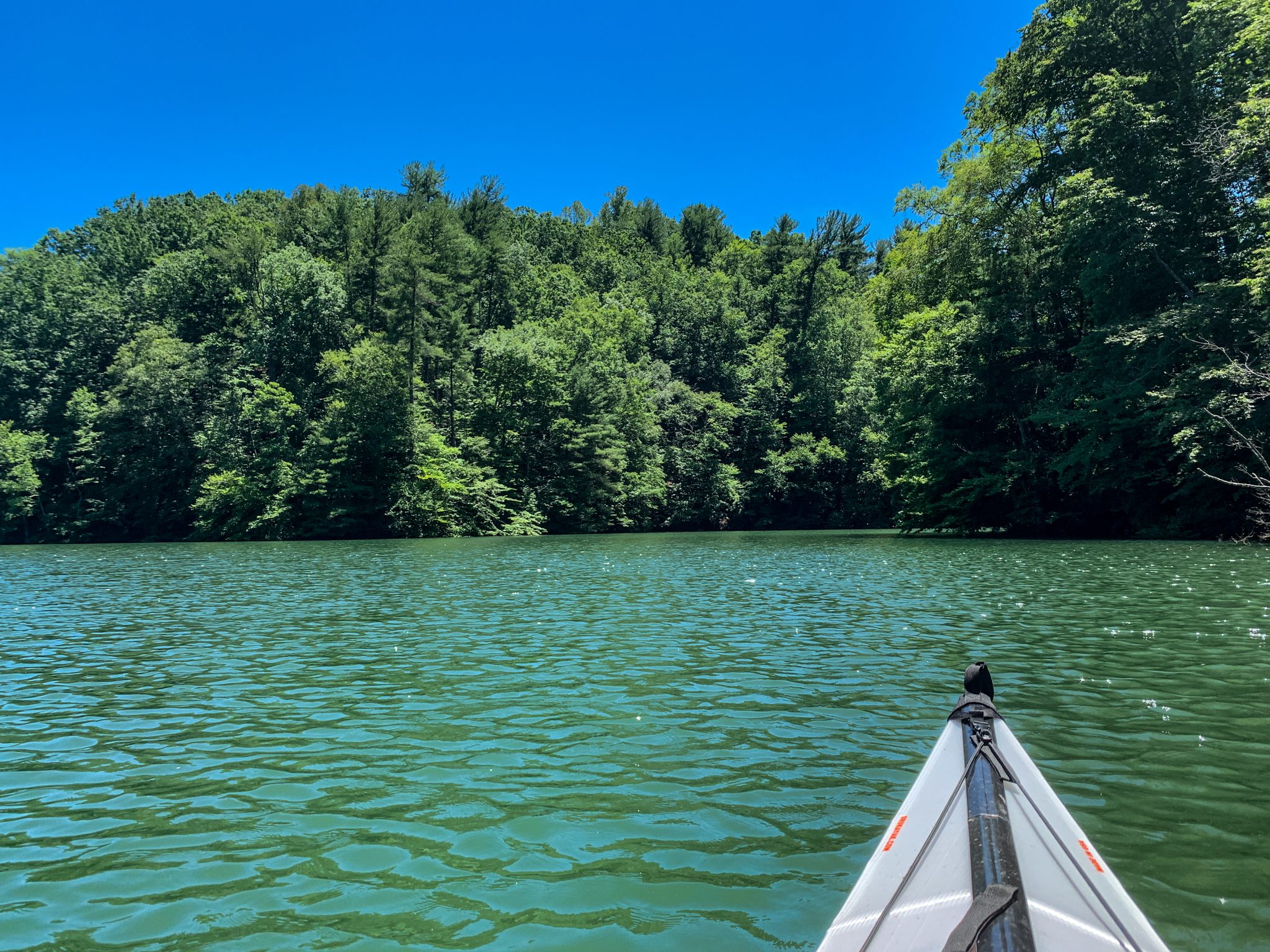 The lake is way higher than last year; Virginia has had a TON of rain and it shows. 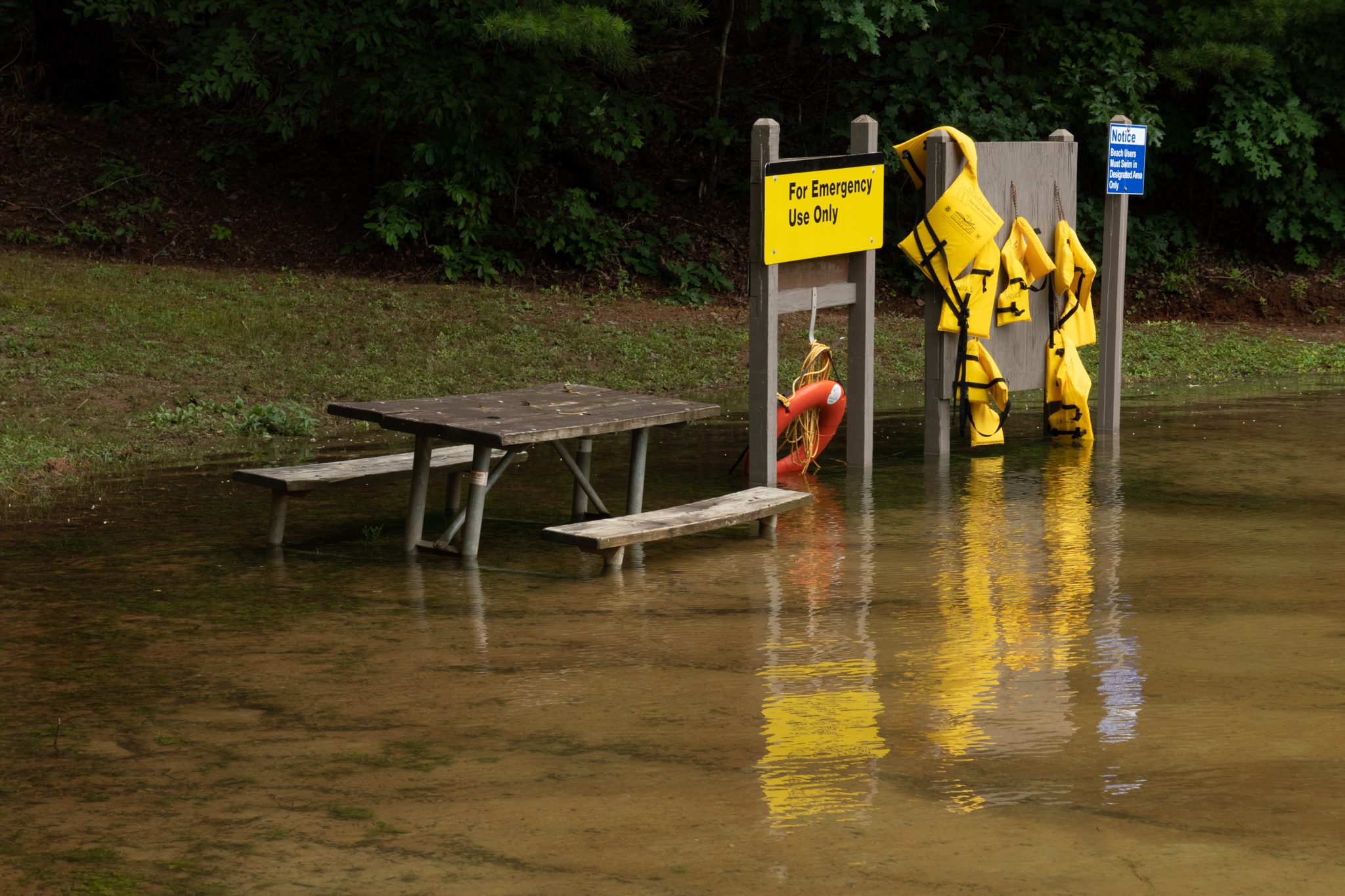 In fun news, I got a shiny new Solo Stove (portable fire pit) and tested it out this week. It’s awesome. No smoke. Seriously. I wish everyone in the campground had one and then there would be zero smoke all over. Smoky fires are the worst. 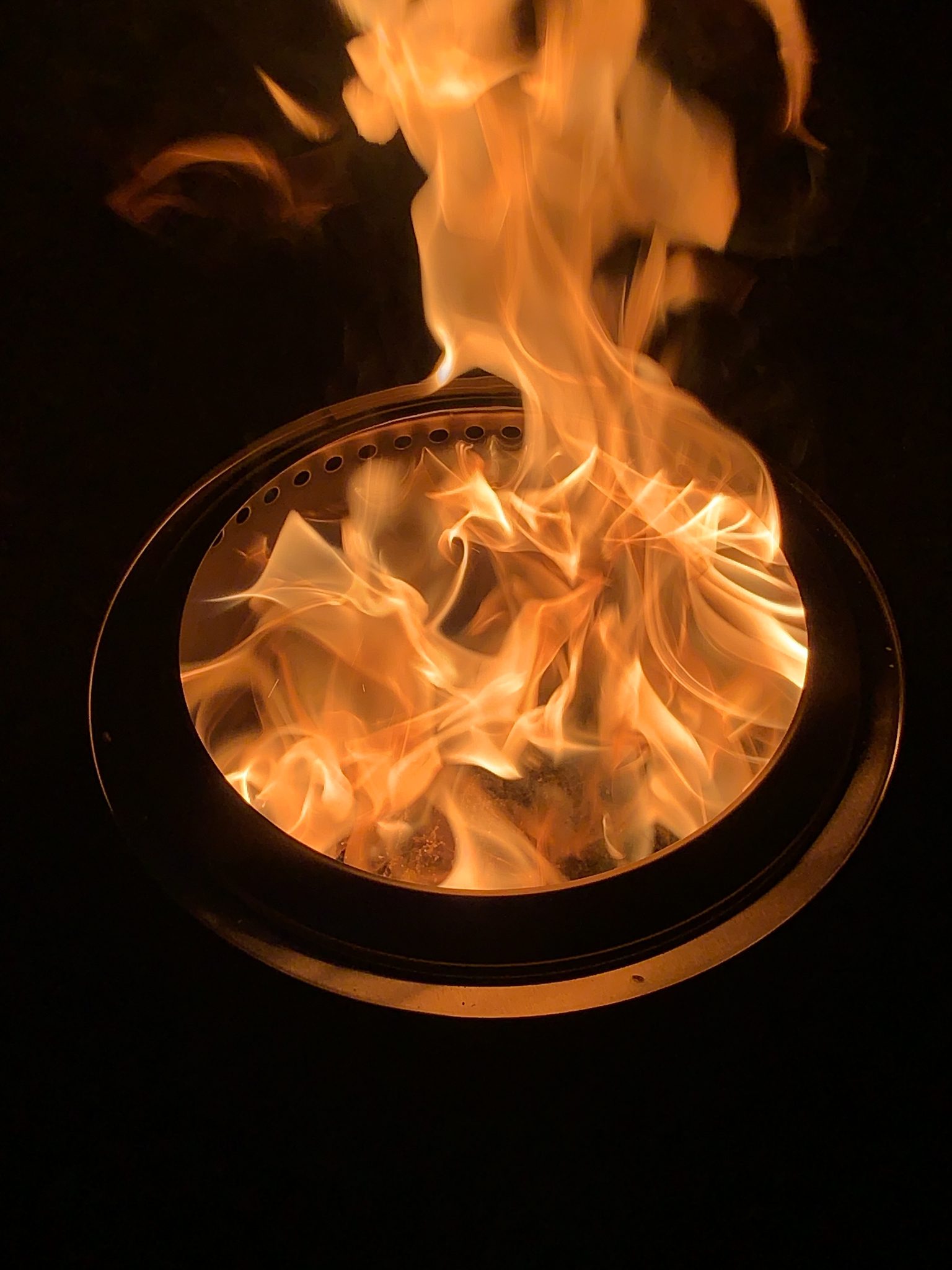 I’ll close out with one photo of the six zillion I took this week of rhododendrons in bloom all over the campground. They are beautiful. 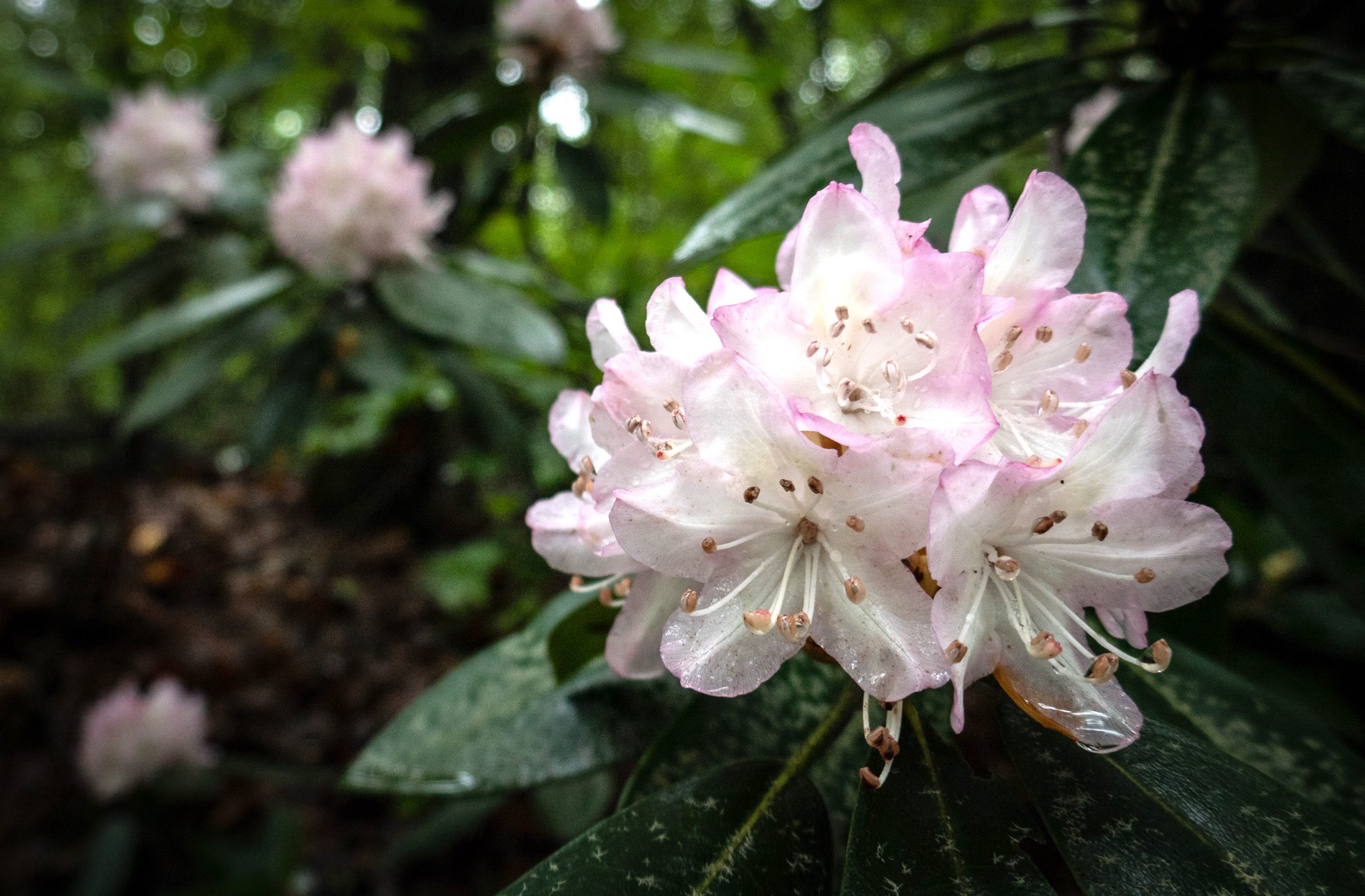 The mountain laurel have faded out, the dogwood is on its way out (that’s this week’s cover photo), but the rhodies are just getting started. Fun with flowers, that’s what my campground walks have been since the day I arrived.

It’s quite a thing, if you’ve never been in or known a small southern town. The people are not particularly sophisticated, naturally. They’re not worldly wise in any way. But they tell you a story whenever they see you.