When I remember the very nervous and pretty clueless me that picked up that Alto 1743 trailer one thousand days ago from the Safari Condo showroom in Quebec, I really feel for her.

I had never towed anything before, and despite much advice to try it first with a rental trailer or something from U-Haul, I didn’t do that. I was committed to this “full-timing in a trailer” thing, and I figured if I tried another trailer and it sucked, then I would lose my nerve entirely and I didn’t have a Plan B for that possibility. I’d work out this trailer thing, bit by bit, that’s what I thought. Except for one thing I hadn’t quite realized till the trailer was attached to the back of my Subaru: the learning curve is short, but steep. Either you know how to hitch up and tow and unhitch, or you don’t. Long story short: I didn’t know, but I did learn. Quickly enough to get me from Quebec to Seattle without major damage.

Sure, I’ve mistakes in these 1000 days. When I arrived back in Seattle, I used the caravan mover (remote) to back the trailer into my friends’ driveway. I disengaged the little metal wheels and as we were talking, my friend oh-so-casually leaned against the trailer and suggested I might want to chock the trailer. Oops!

And my first disastrous attempt at backing up knocked the hitch a bit offsides, leaving me so forlorn and hopeless that I spent the evening crying in my trailer, wondering just what hell I had gotten myself into.

If I could go back in time, I’d tell that 2016 version of me one thing: RELAX. It’s really not that hard. Hitching and unhitching is basically a logical series of steps. When problems happen, solutions can be found. When mistakes are made, they can be fixed. Sometimes they cost a lot, but they can be fixed. (I now know how much it costs to replace a strut on the trailer frame after you run over your Caravan Mover wheels.) I’ve been learning how to embrace imperfection and slowly release the death grip of needing to control things. I may never be the most spontaneous person on the road, but I’m aiming to be one of the more relaxed ones. It’s a process. 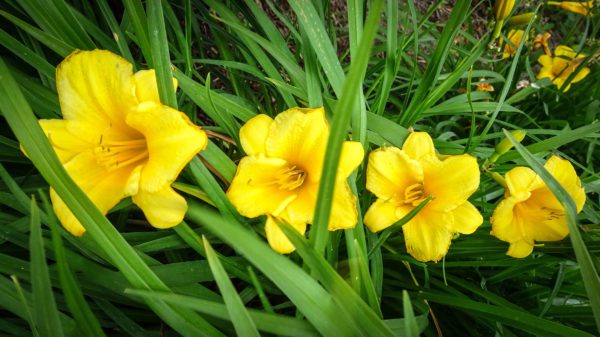 Surprisingly, I wasn’t that fearful about traveling solo. I’d traveled so much of the world by myself that solo travel is normal to me. I did sometimes worry that breaking an ankle or a leg might be disastrous, never thinking that breaking a finger would actually be harder to deal with. But deal with it I did, getting a cast put on in one state and getting it cut off in another and figuring out how to drive one-handed and do all the other trailer stuff one-handed, too. Except for changing a blown-out tire. That one, I called roadside assistance.

Becoming a full-time vagabond in 2016 was actually the combination of two major changes: buying the Alto trailer and retiring from full-time work. It was definitely a huge leap: from the security of a well-furnished apartment (with a really nice bathroom) to a tiny trailer, and from a life full of work travel, commitments, and obligations to a life where the only thing I had to do was move campsites every week or so. I didn’t miss the apartment (well, maybe the bathtub just a bit) but I did I miss the feeling of accomplishment that work had given me over the years. I’ve been making my own projects: photography, history, geology, whatever strikes my fancy. These projects are actually fun: I don’t have to make project proposals or get buy-in from stakeholders and if I don’t like a project, I just quit working on it.

One question I get a lot is how long do I think I’ll be doing this, and the honest answer is I have no idea. I’ve never been one to make long-range plans. I never did it when I was working, either. The longest I’ve ever planned ahead was the two years between deciding to buy a trailer and retire and actually getting out on the road. I may do this vagabond thing forever or I might fall in love with someplace and settle down there next year. Right now, I love the flexibility of having both those options open to me.

My vagabond life is a work in progress. It fits me. It may not fit anyone else, but it definitely fits me.