Things are moving along in my trip from California to Florida. This week, I stayed in five different places and learned that Texas is a freaking huge state. And that there are at least six different ways to get anywhere, depending on how long you want to take. I usually opted for a combination of fast driving (interstate highways) some of the time, and scenic drives (back roads, like Farm Market and County roads) for the rest.

Wed night: Fort Stockton. I was originally going to camp out at the local Walmart in town, but temps predicted to be below freezing convinced me to cash in some reward points and book a room at a hotel. Hot shower, big TV, movies, and heat, for the win. And I got to park my little trailer next to the big boys in the dirt lot where all us oversized rigs hang out. 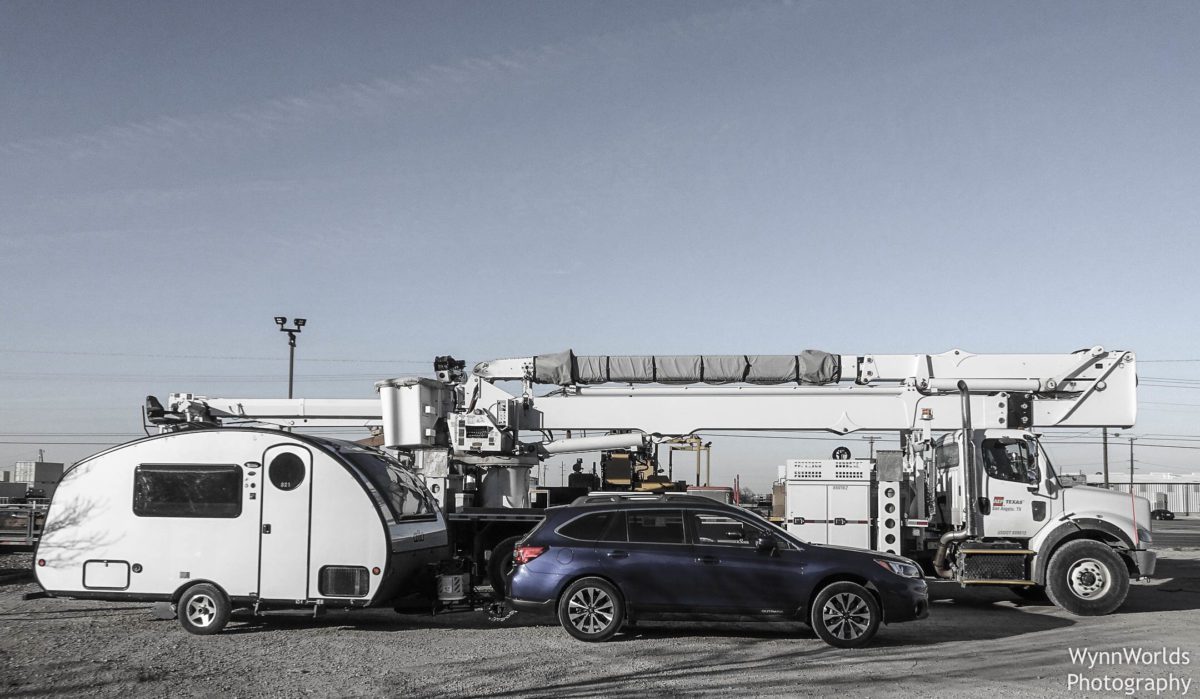 I walked by the Walmart and there must have been 30 rigs in there, everything from trailers to fifth-wheels to a more than a dozen really expensive motorhomes. It was an RV parking lot so I was happy with my much quieter hotel choice!

Thu-Sat nights: Crane’s Mill Park, Canyon Lake, TX. The Army Corps of Engineers (COE) does a great job making campgrounds where they’ve built dams, and Canyon Lake is typical: big sites, spaced far apart, a nice bathroom with showers, and attentive campground hosts who keep an eye on things 24×7. And the lake was beautiful, even though the sun didn’t show up much after my arrival. 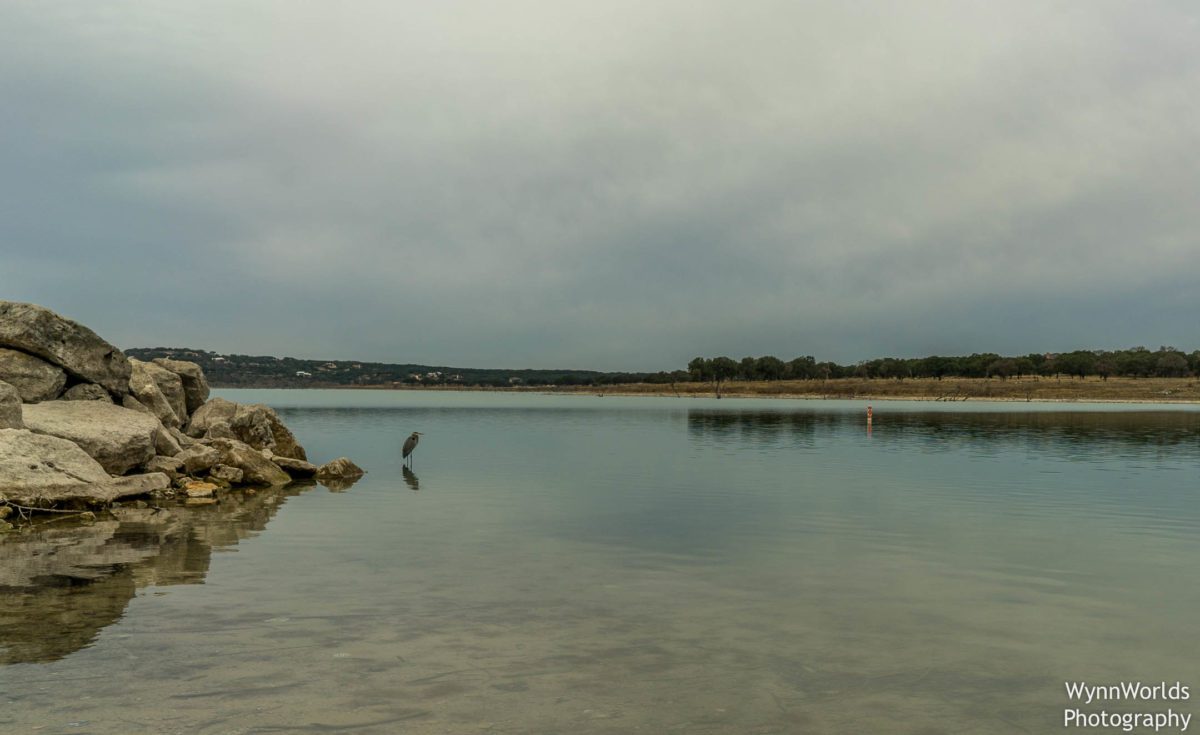 Saturday, I went into New Braunfels and hit up the local farmers’ market (lots of goats milk soap, for some reason) and then over to Gruene to pick up some souvenirs for a friend. One store there was all antiques. I feel old that these things are considered antiques now… 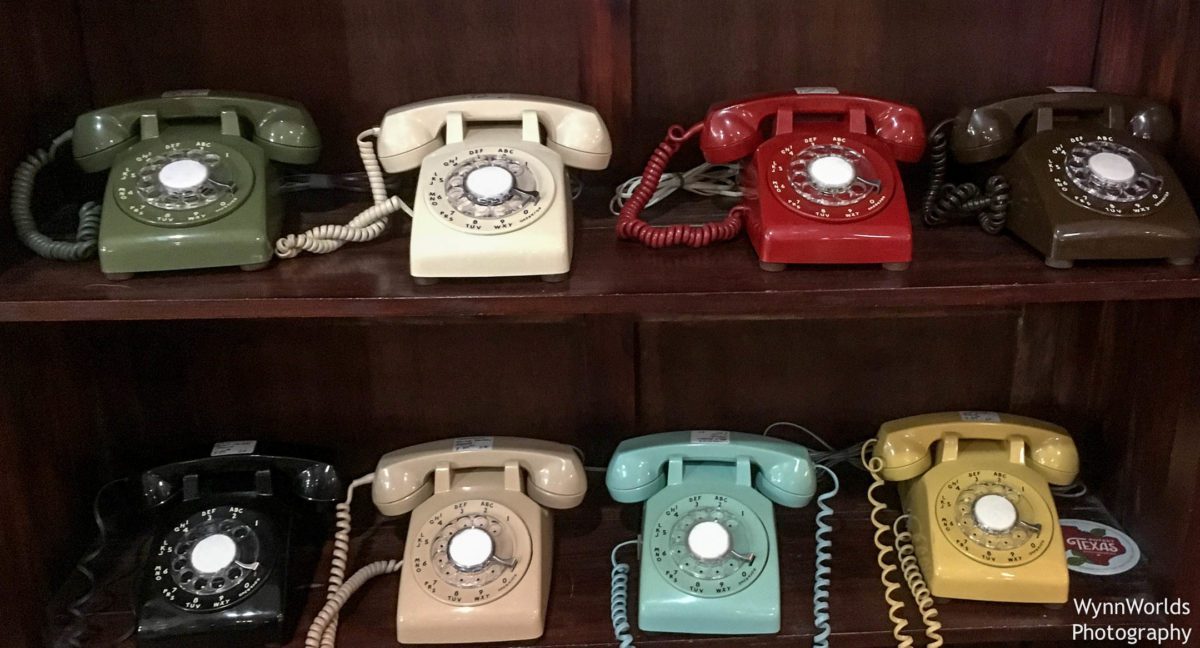 Sun night: Galveston Island State Park, TX was so close to the beach, I could hear the surf all night long. I loved it. And there was a massive storm at midnight, with lightning flashes so wide that the whole cloudy sky lit up, as if someone had a massive strobe light going on up there. Then it poured, and hailed, and poured some more, with the wind shaking the trailer. My first Gulf storm, cool! 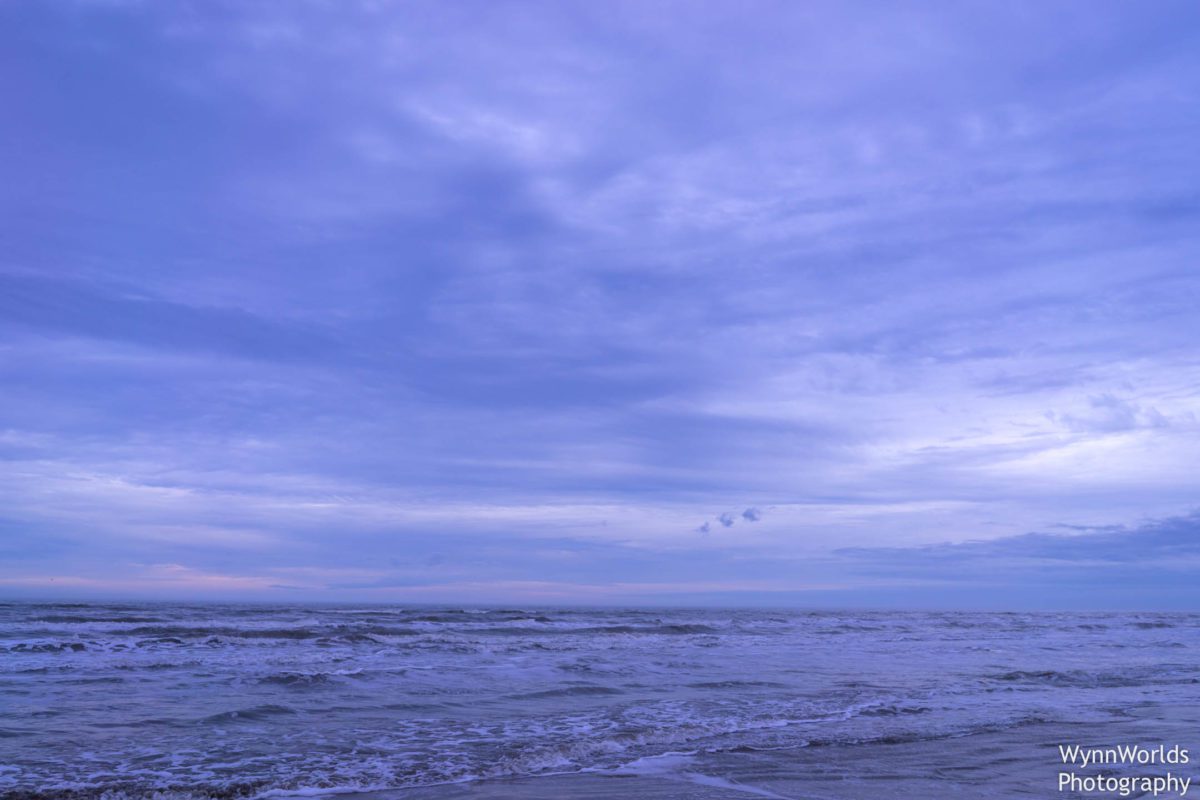 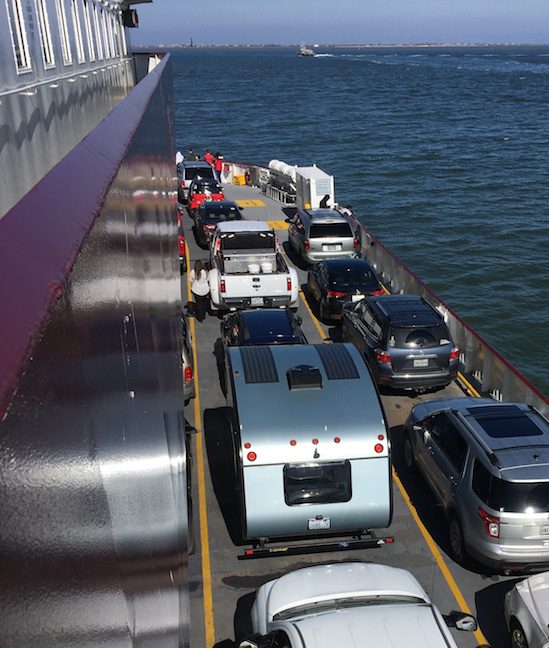 and then driving three sides of a square (about 100 miles) to get to the park because the fourth side would have been really direct (about 70 miles less), but there’s no road. Still, it was worth the drive to collect some really cool sea shells and see a beautiful sunset like this. 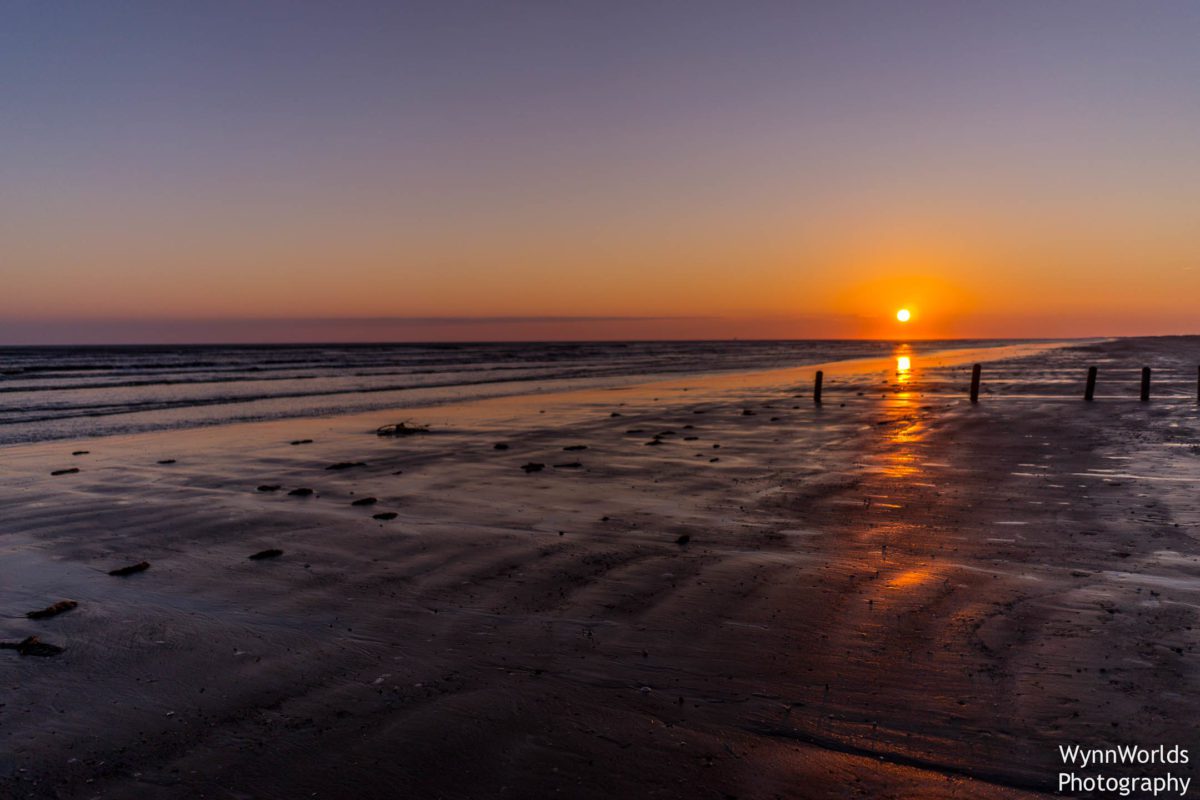 Tue night: Bayou Segnette State Park, LA seemed like a good idea at the time. And the Garmin route sounded good. Until reality it and I ended up driving on surface streets (hello, New Orleans airport!) and expressways and all kinds of roads before finally reaching my destination. I did see a lot of bayou and swamp things off the side of the highway. Also realized in my 10 miles through the outer parts of N.O. that their drivers may be even worse than Boston drivers. Horns, lunges, cut-offs, and more. Whee. I did not enjoy this part of the drive at all. But we survived it and were able to put the Louisiana sticker on our map of US states we’ve camped in. And do laundry for free, a first for me in any state park! 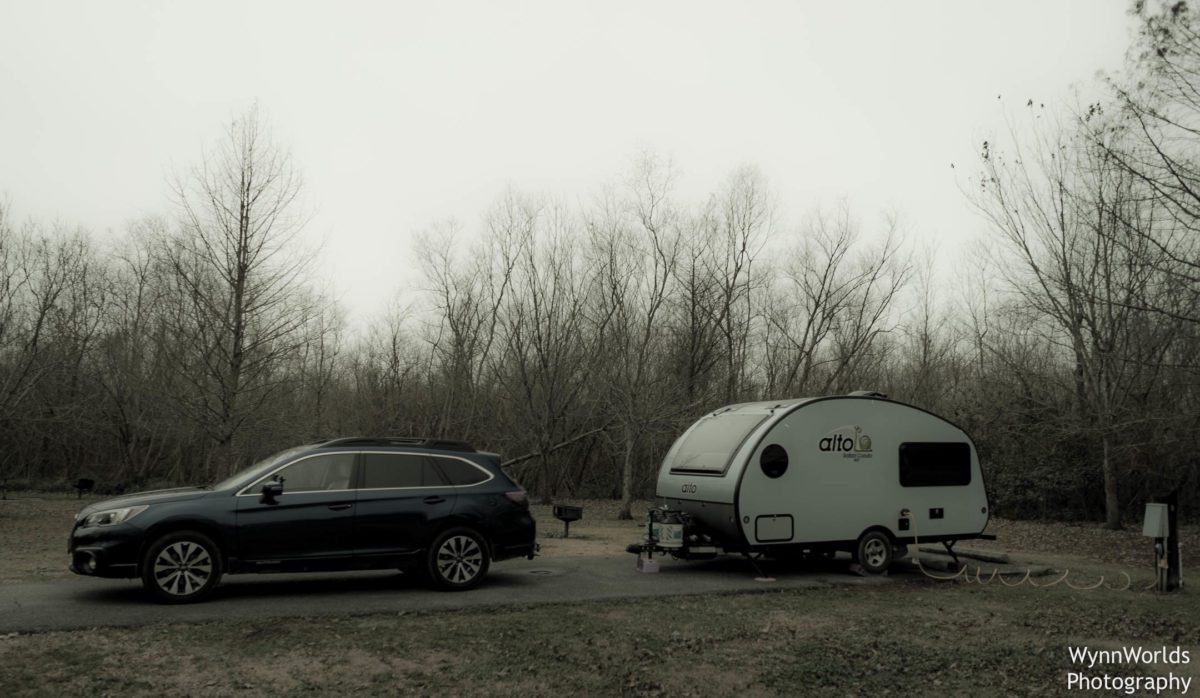 The park is less than half full, meaning it’s quiet. So quiet I keep imagining crocs in the swamp at the middle of the park. You’re not going to catch me taking any midnight strolls. I remember seeing an alligator in Steve Irwin’s park down under and that thing slid backwards underwater so smoothly that you’d never know anything was in the water unless you’d seen it disappearing. Ever since then, I have not been a fan of crocs or gators. 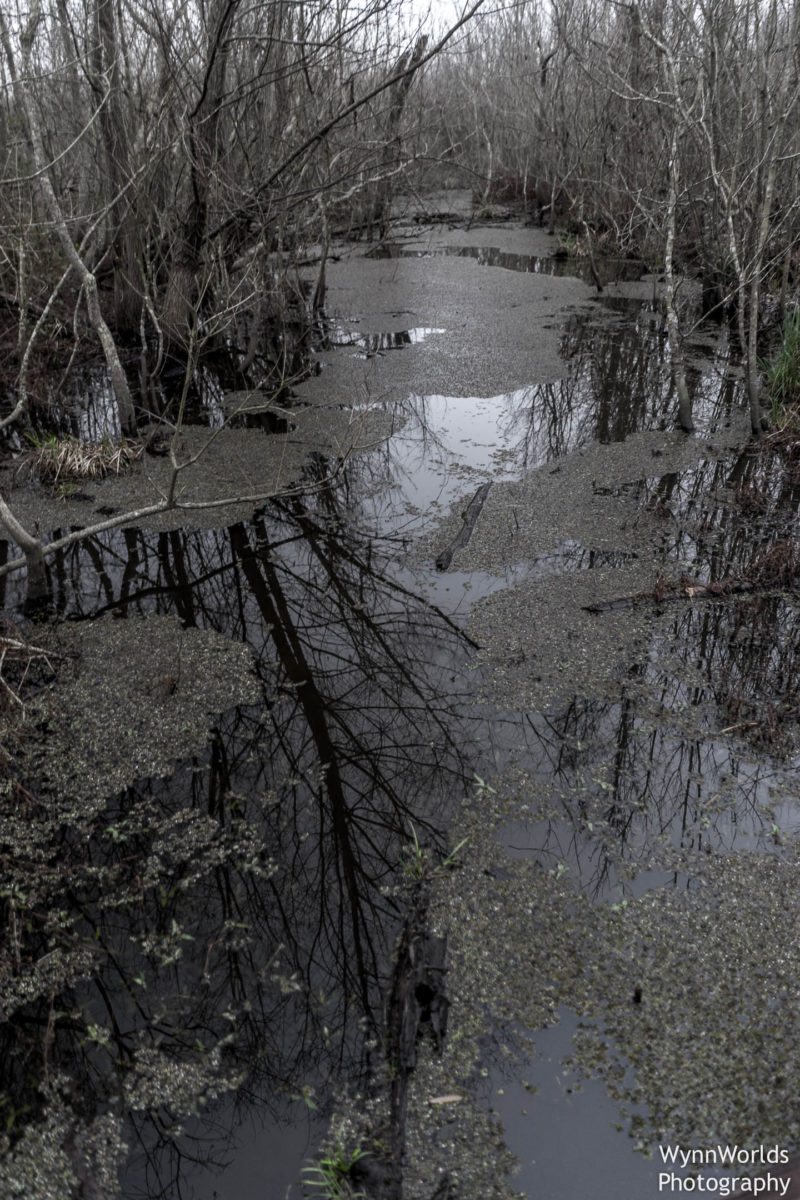 Today I’m heading to New Orleans via a passenger ferry. I’ve been there before, but it was a couple lifetimes and a fever-pitch sales conference ago, so I really don’t remember all that much.

By this time next week, roads and rig willing, I will be the only resident of my friends’ shiny new backyard trailer park. No towing for a few weeks 🙂

America has only three cities: New York, San Francisco, and New Orleans. Everywhere else is Cleveland.