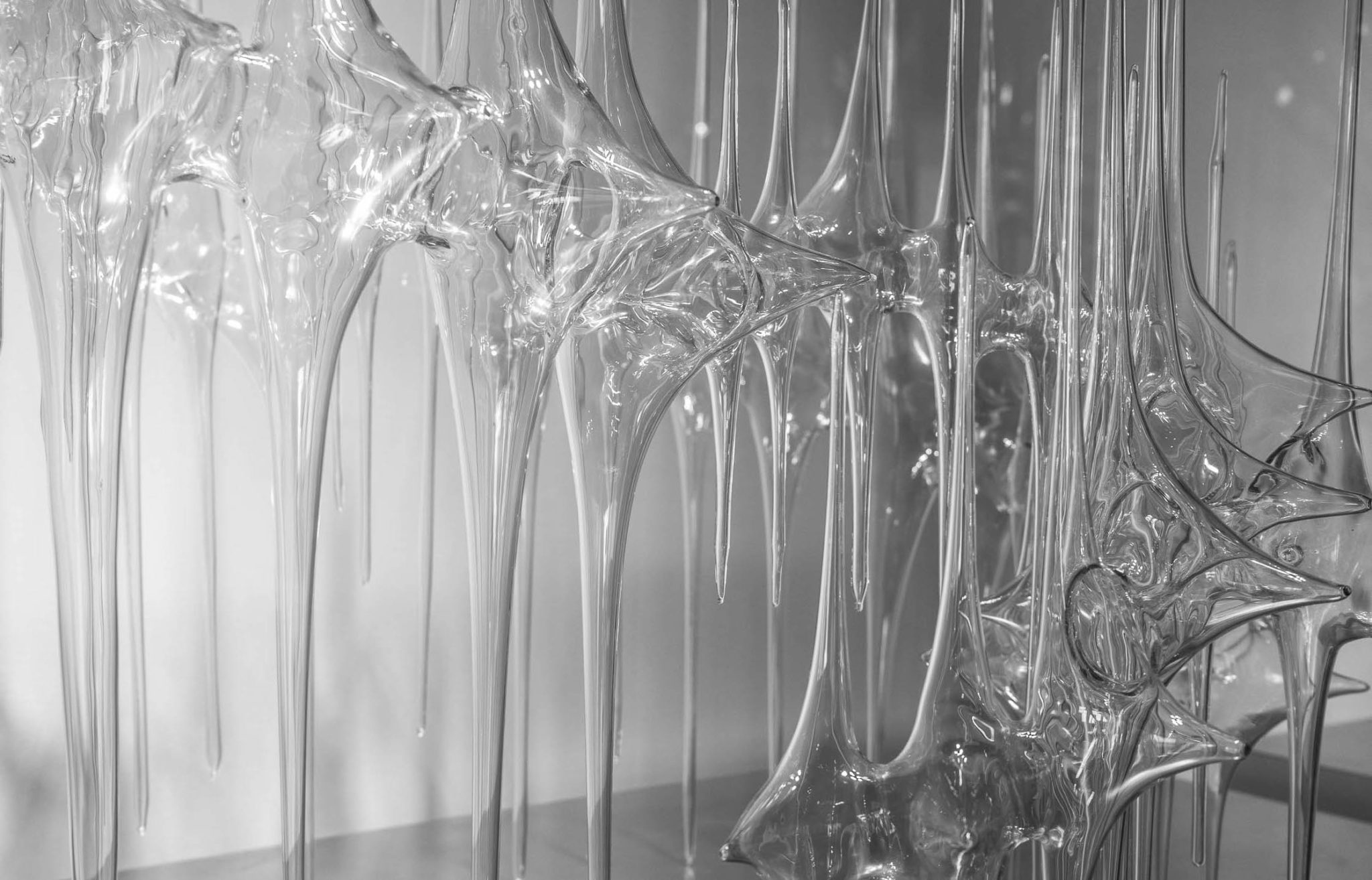 I’m an hour from Corning, New York, this week, and visiting the Museum of Glass there has been on my bucket list for years. Today was the day! And it was even more amazing than I had hoped. There was so much that I’m going to do two posts, one today focusing on form and the other on Tuesday, focusing on color.

The shapes made out of glass by newer artists were breathtaking. Both the one above and the one below were exquisite.

The one above has a video that goes along with it, showing that the artist took the term “handmade” quite literally, using fireproof gloves to bend and shape a sheet of hot glass as if it was origami paper. Amazing to watch the video and then see the piece right there.

Some art makes a statement not only about beauty and complexity, but also about community. This piece took the artist and a group of Zulu women a year to make: one mile of rope, covered by hand with more than 4.5 million black beads. As the artist said, “The idea was to employ as many people as possible, using the slowest possible technique in order to engage a community in the process of making an artwork.”

These two pieces of art stand apart from each other, separated by the length of the museum. I knew after seeing the black one that the white one had to be the same artist, and it was. Both pieces are cast glass, and the artist moved to the Czech Republic to find a studio that could support the technical demands of casting such large pieces.

To round off today’s collection, here’s a whimsical piece the artist said came to him in a dream!

Art is the most intense form of individualism the world has known.