It’s been a year this week since I left Seattle after four years of living and working there, and I do miss it. Summer is a glorious time in the Pacific Northwest: blue skies, blue water, cool breezes, and sunshine. From October to May, it’s grey skies and gloom, but the summer makes up for it in a big, big way. So come along with me on my last ferry ride out of Seattle a year ago… 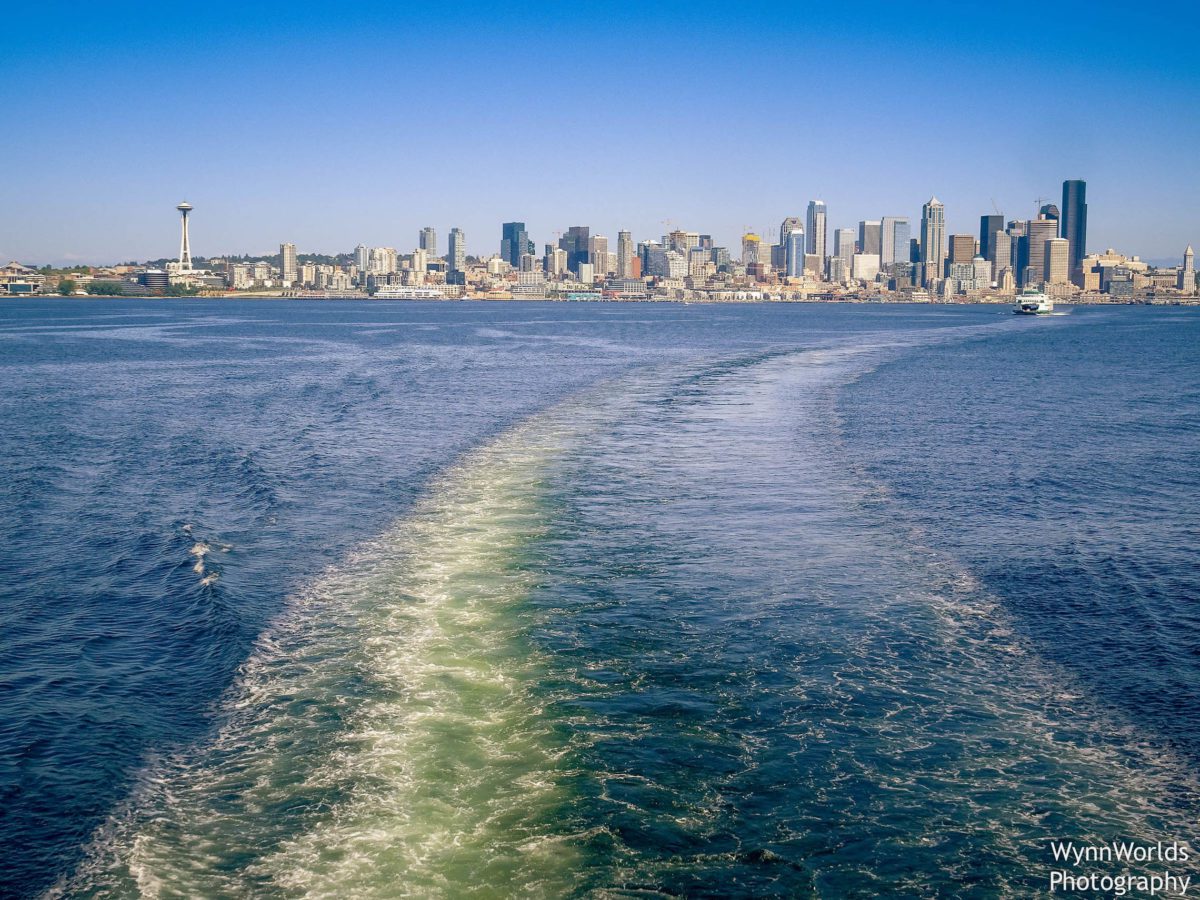 The skyline always makes me smile, from seeing the Space needle to Columbus Tower at the southern end. Somewhere in there was where I worked for those four years. 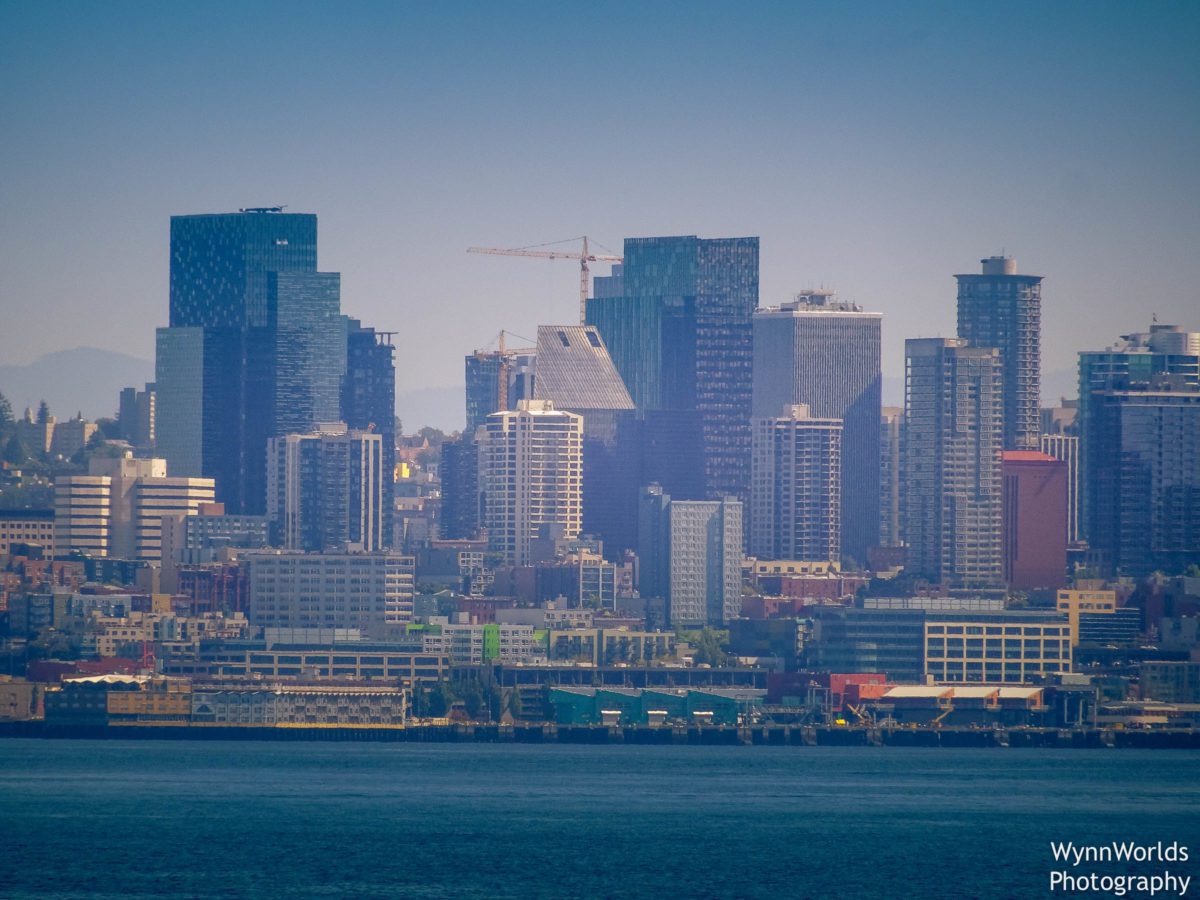 Ah, there it is. Well, it’s behind those two yellow cranes, actually! And the two tallest buildings in this photo, one on either side of that high crane, are two Amazon skyscrapers, 38 stories each, that were just a gleam in Amazon’s collective eye back in 2012 when I moved to the city. The skyline is ever-changing and most of the time I could see a dozen cranes in action from my 20th floor office. 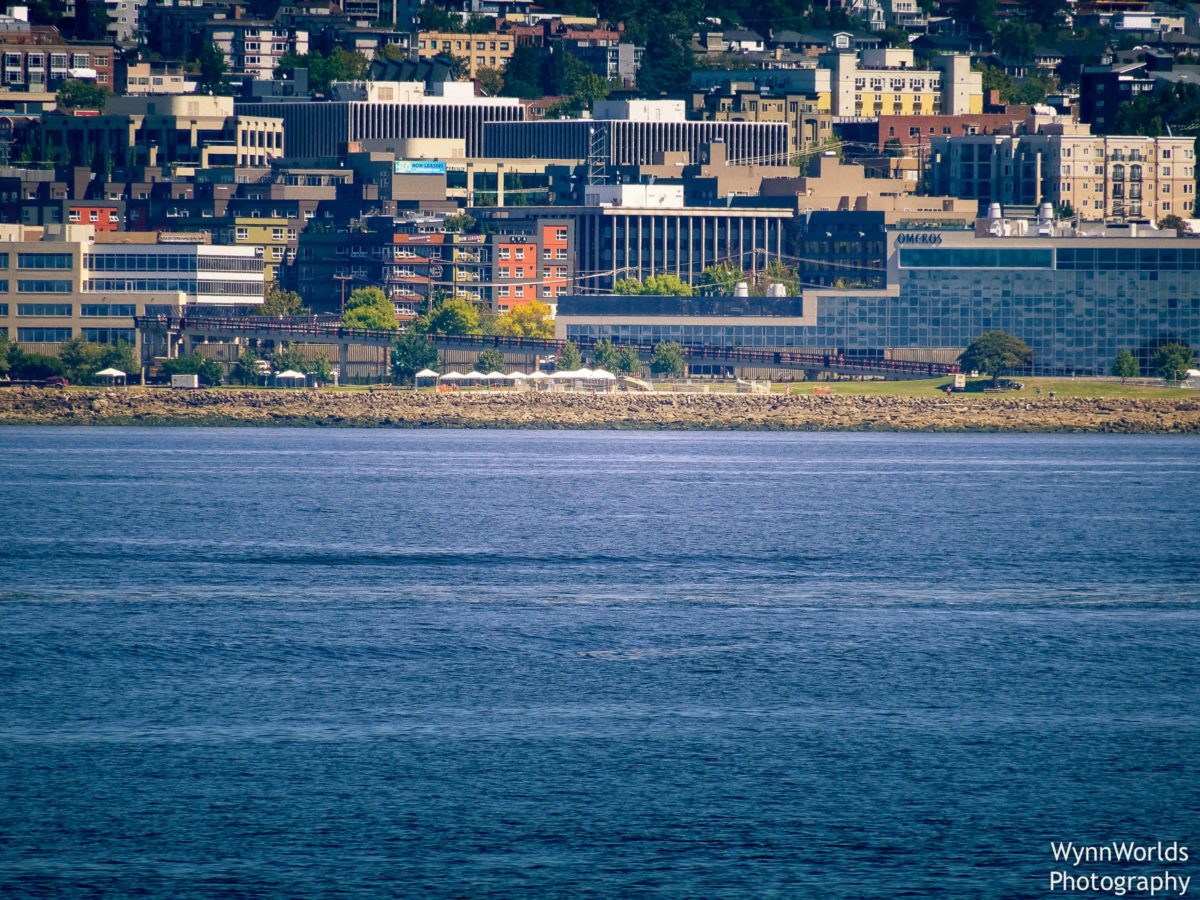 As the ferry moves out from downtown, I spot my first apartment in Seattle, that orange-sided building. It was two blocks from the waterfront, but I had to wait months for that long bridge across a busy street and a plethora of railroad tracks to get built before I could access the shoreline. Once it was open, it quickly became my favorite walk, any time of day. 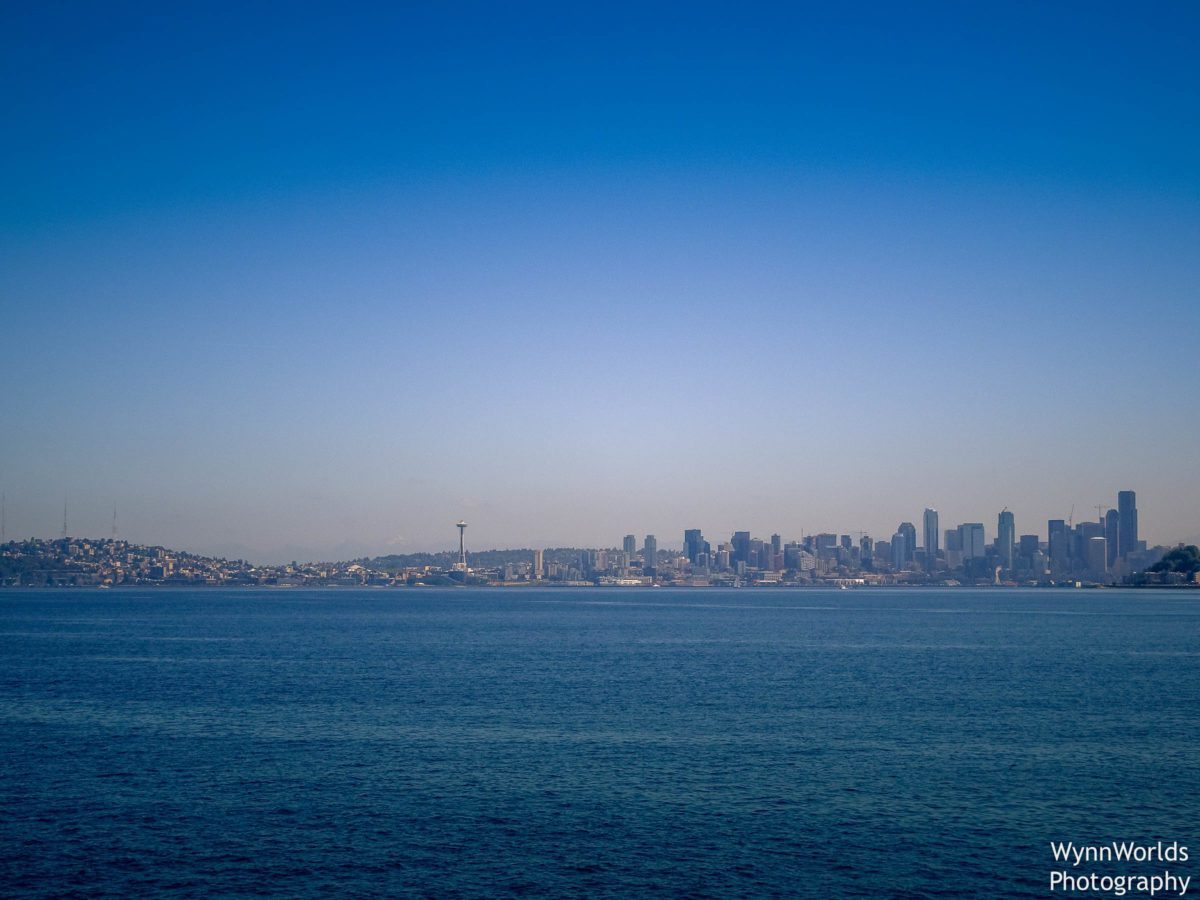 I like this shot because it shows my world the first year I lived in Seattle. I ran from about the Space Needle north along the waterfront, explored Queen Anne (the hill on the left) and I wandered by the Space Needle on my way to work. I loved that walk: saying hello to the Needle (and Wheedle!) every day and seeing the seasons changing as the year passed. 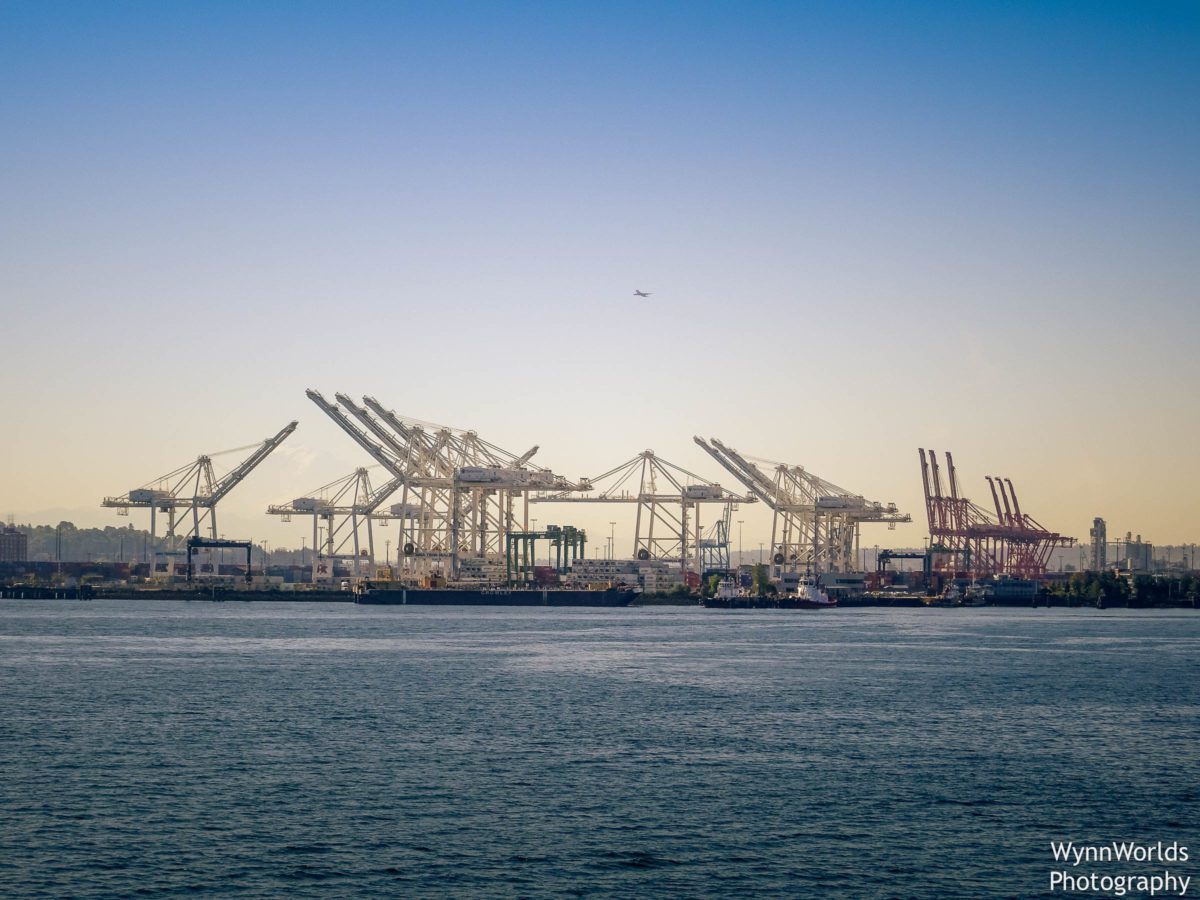 The feature of Seattle that surprised and mesmerized me was the shipping crane alley along Harbor Island. I’d spot a huge container vessel coming into port in the morning, and by evening, it was mostly unloaded, and sometime the next day, it would depart with empty containers loaded for the return trip. 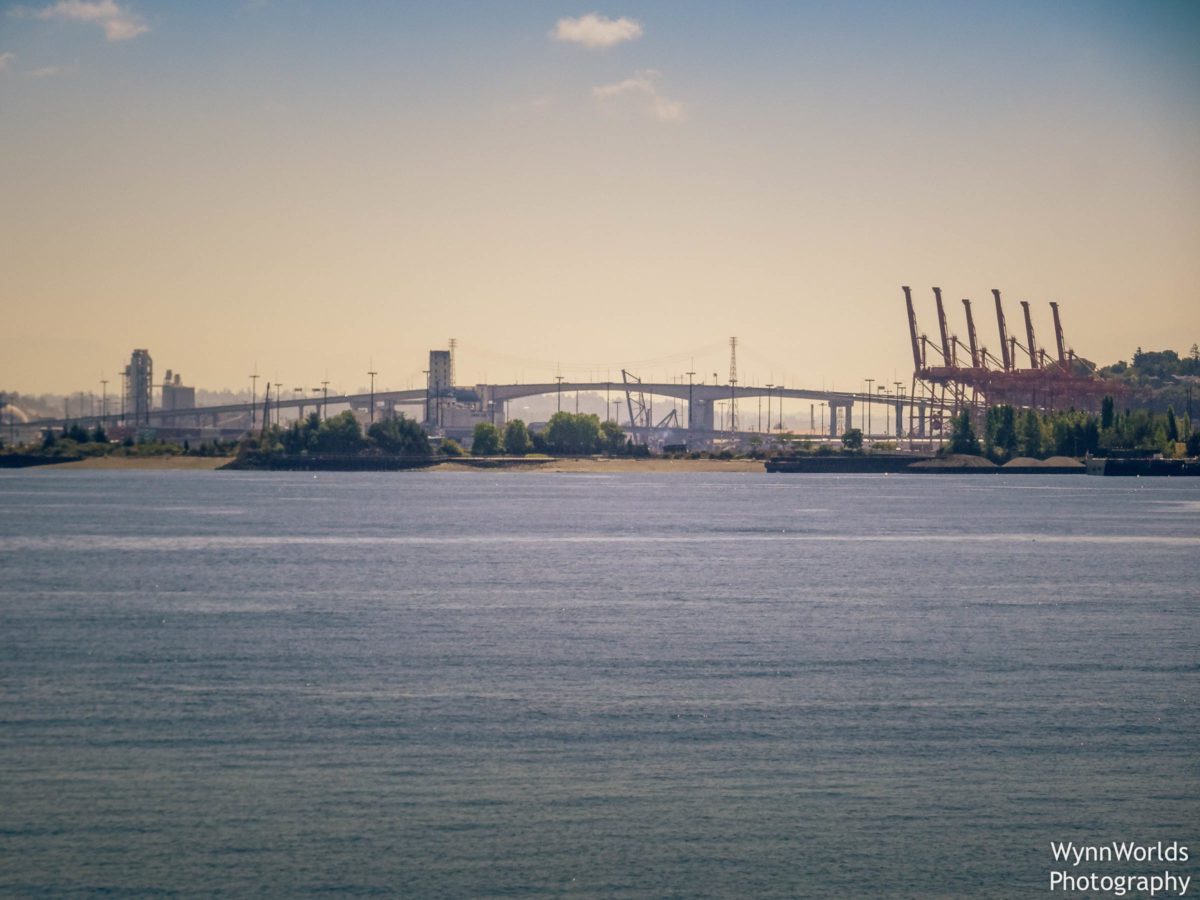 The last three years of my time in Seattle, I lived in West Seattle, which, as every Seattle resident knows, is just across the West Seattle Bridge. There’s the older low bridge, but it can be opened up to water traffic at any time, fouling commuter traffic, so the high bridge was built and that’s the one the RapidRide bus used to take me to work and back every day. 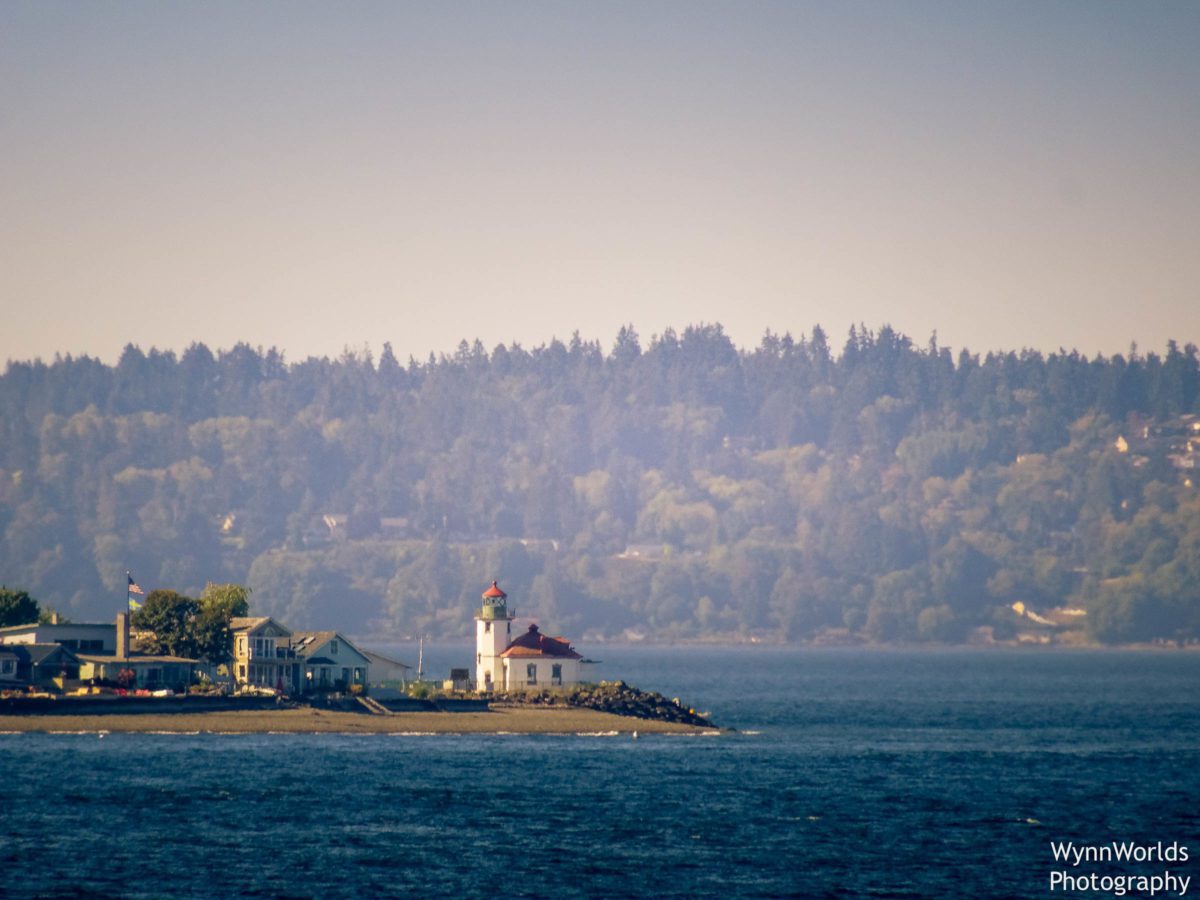 At the far end of West Seattle is the little Alki Point lighthouse. I took a tour of it once, and it was quite cool to climb up the tiny circular staircase and see the lightkeeper’s view. I’ve walked around the shoreline at low tide, and even kayaked by it a few times. Seeing that lighthouse go by reminded me that I was now traveling away from the known and starting a new chapter where the views would be different every time. 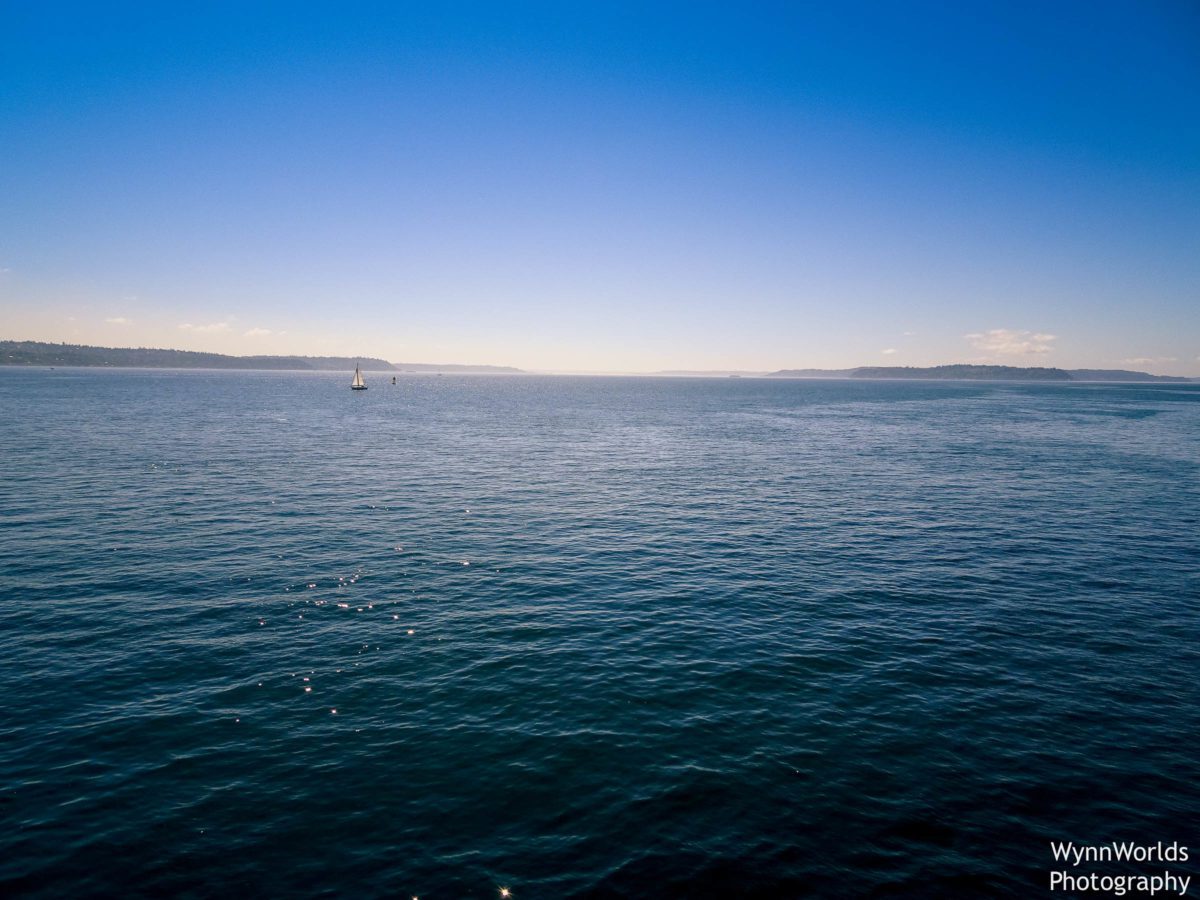 The last familiar thing I saw on this last ride was a beautiful view of Puget Sound. Seattle really does water well, and taking the ferry is one of the most fun things you can have on a hot August day.

To some extent, Seattle remains a frontier metropolis, a place where people can experiment with their lives, and change and grow and make things happen.