There are two places in Chicago where you can go to look down on everything else in the city: 360 Chicago, at 875 North Michigan Avenue (formerly the John Hancock building) and Skydeck Chicago, at the top of the Willis Tower (which most people still call the Sears Tower). We did both and enjoyed each for different reasons.

This posts features 360 Chicago, the first one we visited, mainly because it was just two blocks away from our airbnb apartment (which was a super location). The overcast sky was not a good omen, but we decided to go for it anyways, and it turned out OK. 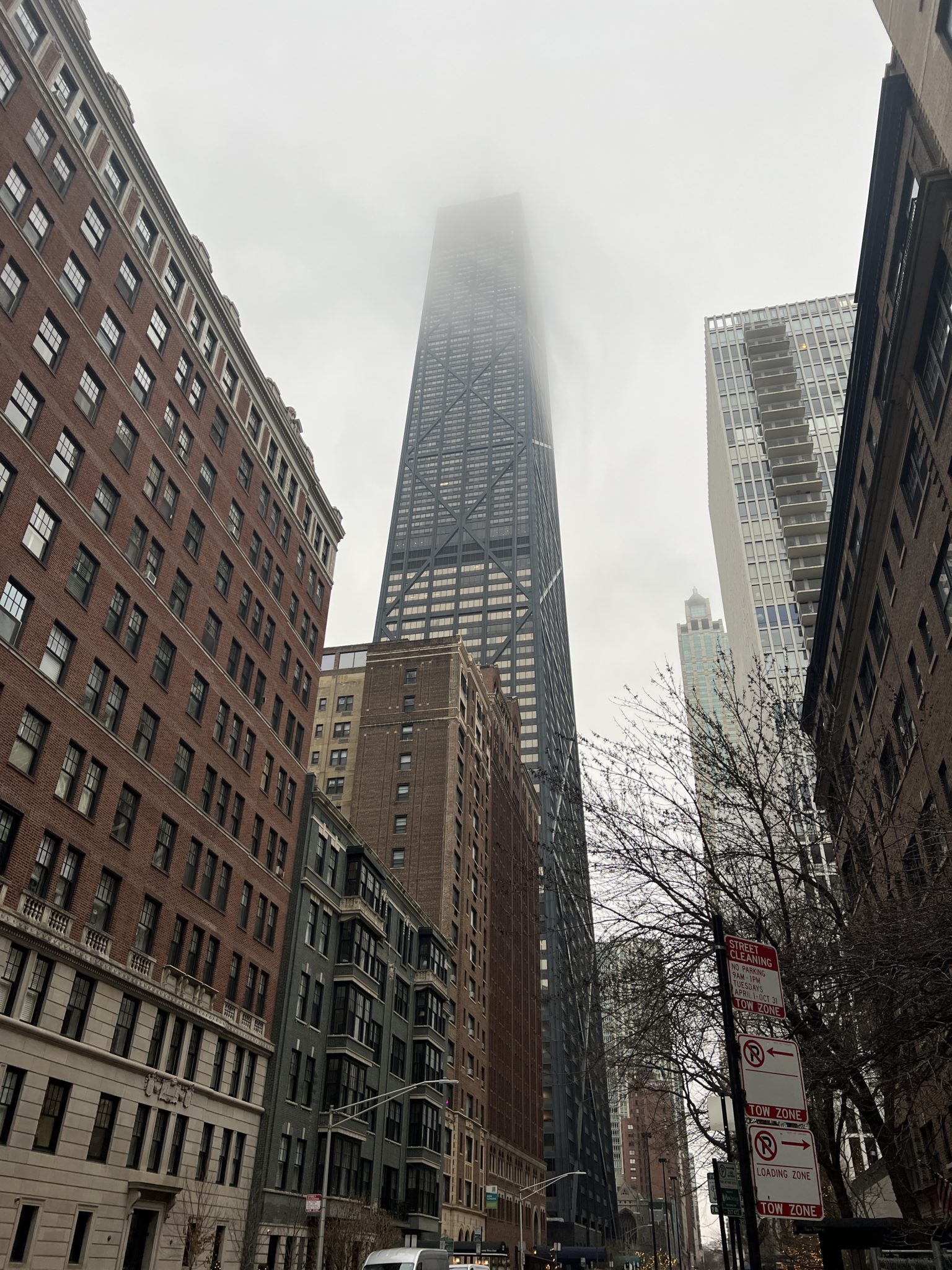 Like a little kid, I just had to find “my house” and I did! In the photo below, find the tall white building in the center (hint: it has a rooftop pool!). Then look for the building in front of it, less than half as high. That’s where we stayed. It was 21 stories high, to give you some sense of scale.

The view south was my favorite. So many tall buildings, like a forest of steel, glass, and concrete. The overcast sky did hide the top of the Willis Tower (right side of the photo) but you can see all the way to the top of the T***p Tower, the second tallest building in Chicago.

Looking west, I spotted this glass-sheathed skyscraper and it instantly became my favorite. There’s something about the way the slabs are stacked that appeals to me; they’re not symmetrical but they balance out beautifully. 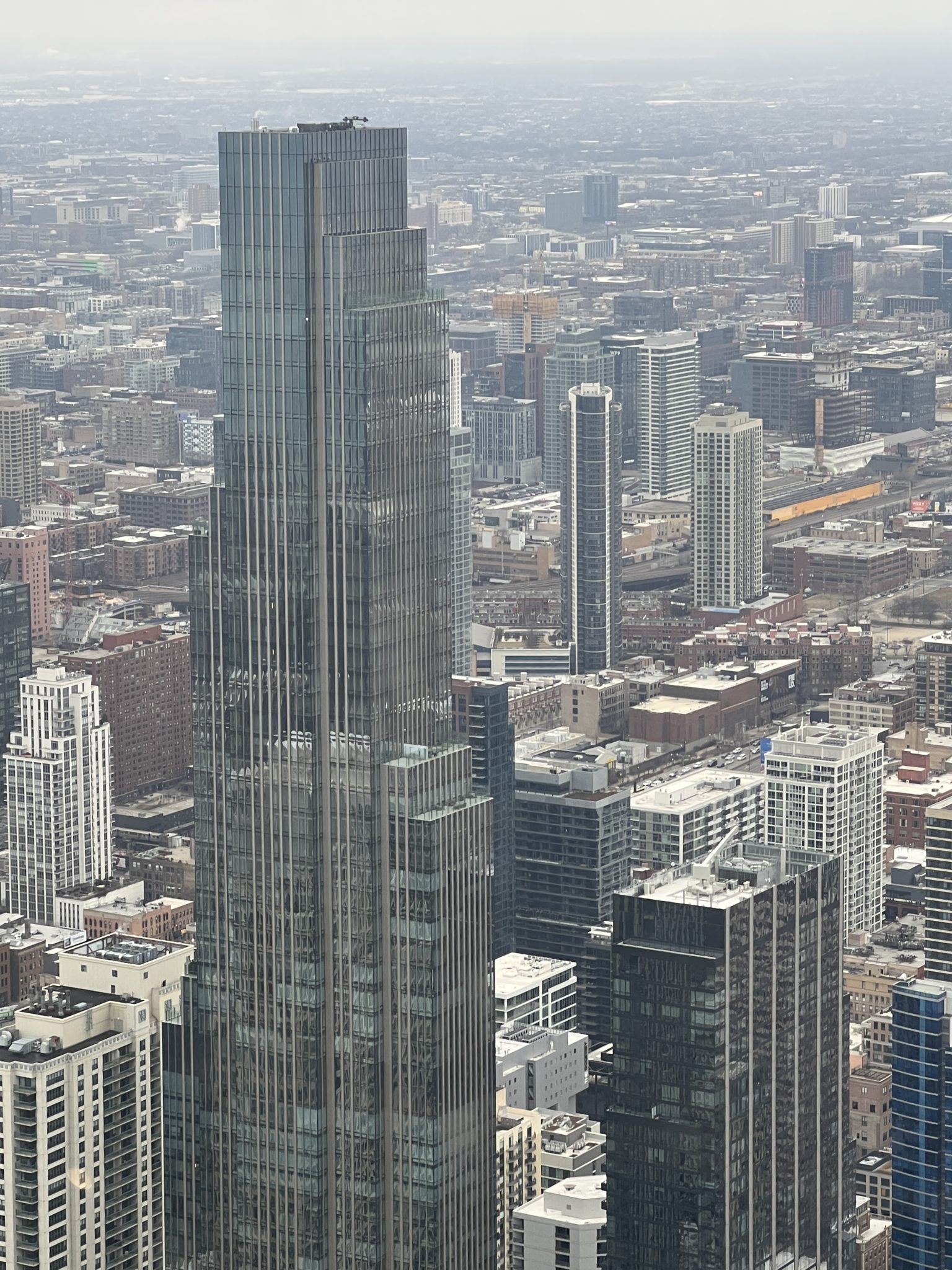 I saw it later from the ground, and while it was still interesting, it wasn’t as beautiful a view. 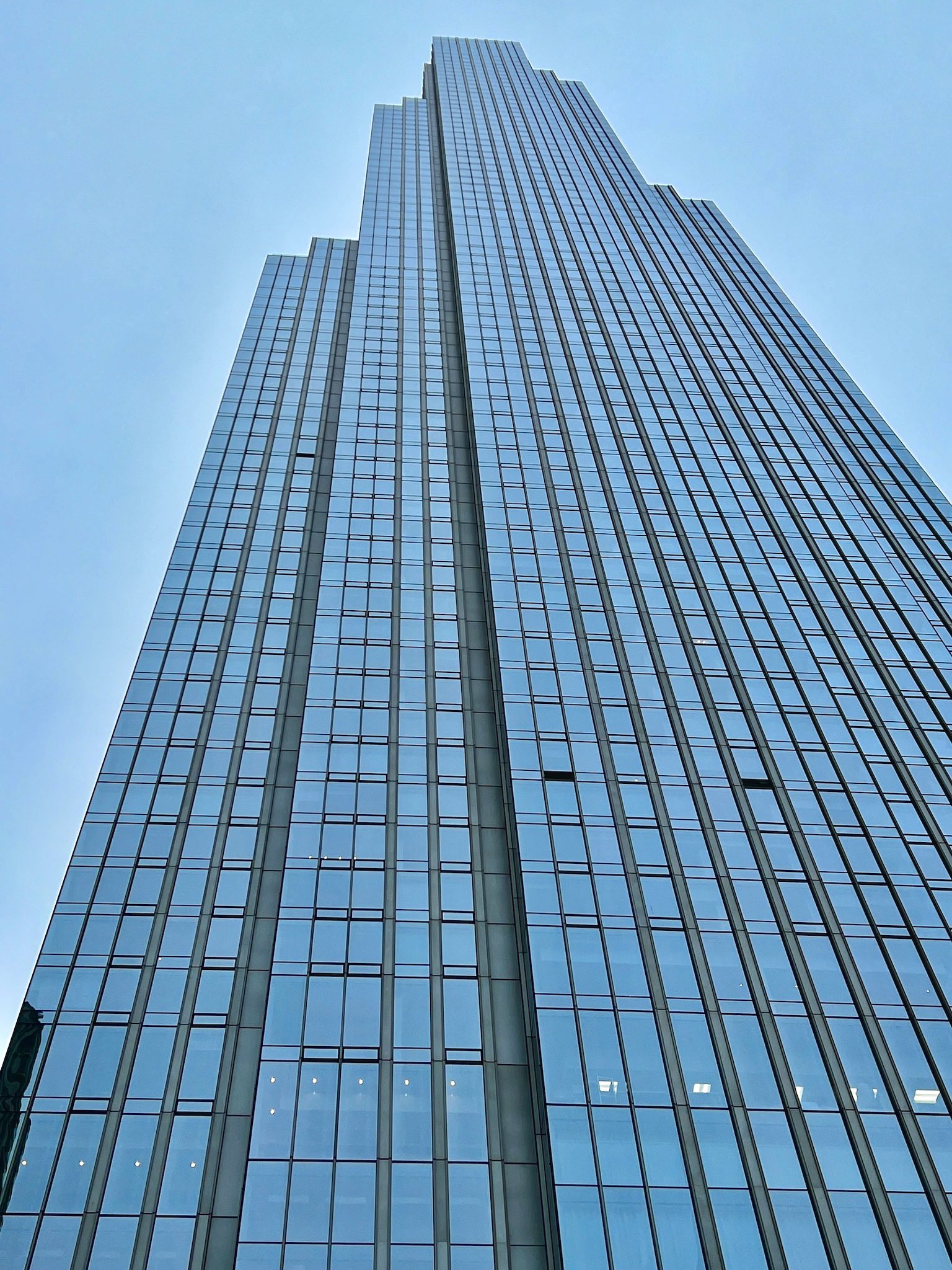 There’s something quite so fun (at least to me) about looking down at a big city from a sky perch like 360 Chicago. Seeing the tiny buses and cars, the little people like ants scurrying down the boulevard, all of them dwarfed by the skyscrapers lining the streets, puts a new perspective on the city. Seeing the tallest buildings “at eye level” makes seeing them at ground level even more amazing.

Beauty or beast, the modern skyscraper is a major force with a strong magnetic field. It draws into its physical being all of the factors that propel and characterize modern civilization. The skyscraper is the point where art and the city meet.

I'd love to hear from you... Cancel reply