It probably says something that I got way more excited (and stressed out) about Breeze, my trailer, having a spa day than I ever have for me getting one! But after 26 months of use and 26,000 miles (42,000 kilometers), it was time. I had a list of things that needed fixing, things that needed maintenance, and some upgrades I wanted. And I had my credit card handy.

It was definitely cool to drive Breeze back to the mothership, the factory complex where this adventure of mine started: parts and machines and humans making this wonderful little trailer of mine.

Here’s Breeze, getting the first item in the planned facelift. The big front window had developed a slight bubble over the last year, not entirely unexpected since it was made in the same timeframe as a few other windows that had shown similar issues. So a new design of the window was to be installed, but first, the old one had to come off. Two guys and two ladders, boom, that’s how it’s done. 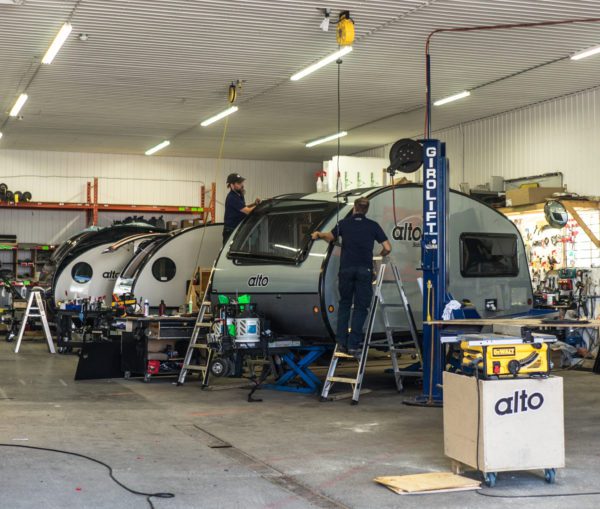 Biggest maintenance item was pulling the wheel bearings and replacing them. After two previous inspections and repacks at 10K and 17K, I figured replacing at 26K was going to be the wise choice. And it was, as one of the smaller bearings (lower left) had a bit of burn on it and the two smaller races (one shown, top left) had wear on the fat side. I’m the daughter of a guy who worked on cars most of his life, including building engines for Bonneville Speed Weeks, so I believe in the power of regular and preventive maintenance. Breeze now has two shiny new sets of bearings. 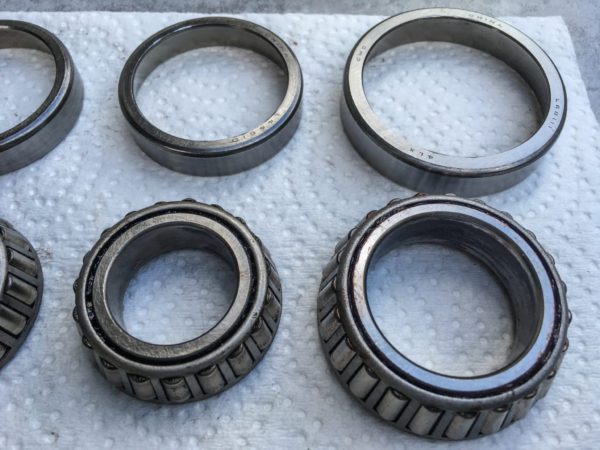 Since this is my home, I wanted to make some cosmetic upgrades, too. The nicest one was a new table in a lighter color. The old one was dark grey with an odd texture to it; this one is light and no texture, completely smooth. Every time I see it, I smile, so it was worth every penny. 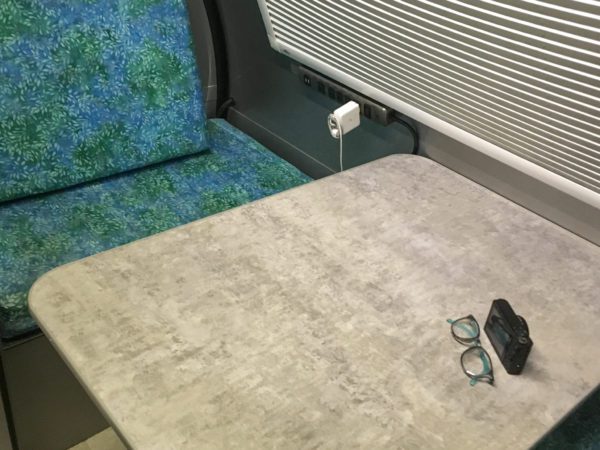 Most campers work on their outside setups forever: the perfect chair, the right awning, the best grill, and so on. I’m no different. I had been coveting the old-style awning that Safari Condo quit making a few years back: it is simple and easy to set up. The Force was with me; they had just gotten in a new batch of awnings, so I snapped one up, along with an outdoor mat that is lightweight and folds easily when packing up. 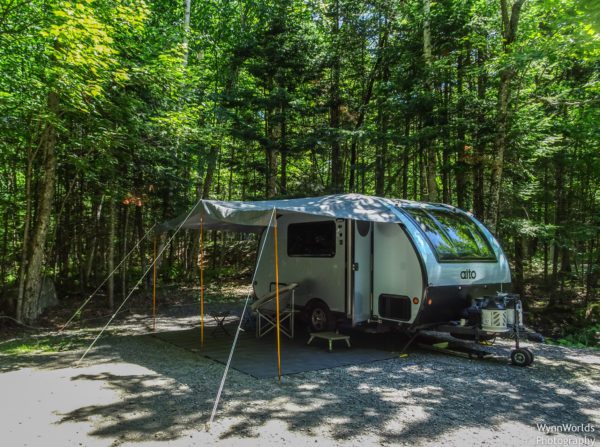 Two more additions thinking ahead: a second keder rail and a bike rack.

The new keder rail on the non-door side, where the fridge abuts the wall. I’ve been using aluminet cloth to shade that side when needed, but hanging it with command hooks has been a frustrating experience because comes off looking like a bit of the Beverly Hillbillies set. My plan is to take a modify the shape of the aluminet piece to match the curve of the roofline (where the keder rail is) and then attach keder rope to it so I can just slide it on and off and have nicer-looking sun protection for that side when needed, especially when in the southern US where the sun is merciless sometimes.

You can’t put just any bike rack on an Alto, both because of weight and attaching it to the trailer, so I was fortunate to get a used one from the service team. There were a few glitches with the “used” part of it; I’ll have to get some different screws for one bar, and modify my propane frame a bit, but the bike rack is on. You can see that it tilts forward to let the big front window open up. 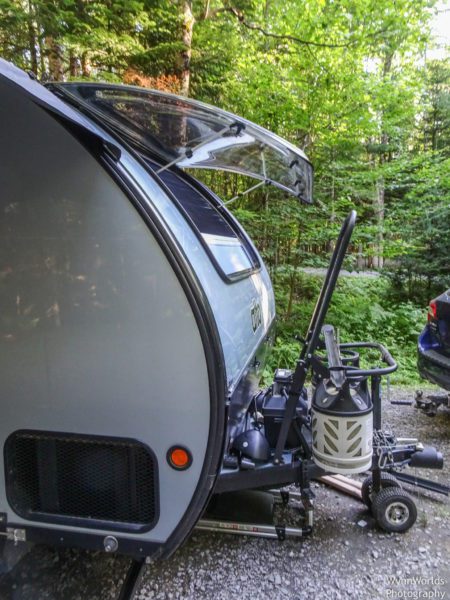 When all was said and done, the team in the Service Department worked from 7:30AM till 4PM and got everything on my list done, and it was a long list.

For Alto owners, the standard maintenance includes checking everything from battery water level, connections of all kinds, lights inside and out, brakes, seals, and a host of other things. It even includes replacing those little rubber grommets on stove and sink!

I noticed the mechanic looking at the tongue area and then talking to both service managers; turns out he felt the frame was loose as he removed the wheels and he was right, so they tightened that part up as part of the standard maintenance. It’s that attention to detail that made me go all the way back to the factory after two years; this team knows Altos the best because they build them.

After 26 months, I’m still so happy with my Alto and now I’m even happier knowing Breeze is in tip-top shape for more adventures.

I like to be stylish and edgy, but also low maintenance.