Here’s my review of my Safari Condo Alto 1743 after 1000 days of owning it and full-timing in it.

1000 days ago, these keys landed in my hands and I was suddenly the owner of an Alto 1743 trailer from Safari Condo. For better or for worse, Breeze joined the traveling show, securely hitched to the back of Bella. Sitting nervously in the driver’s seat, I drove the longest mile of my life, down to the KOA, where I breathed a sigh of relief when I turned off the engine in my pull-through spot. I had arrived at my first camping spot. 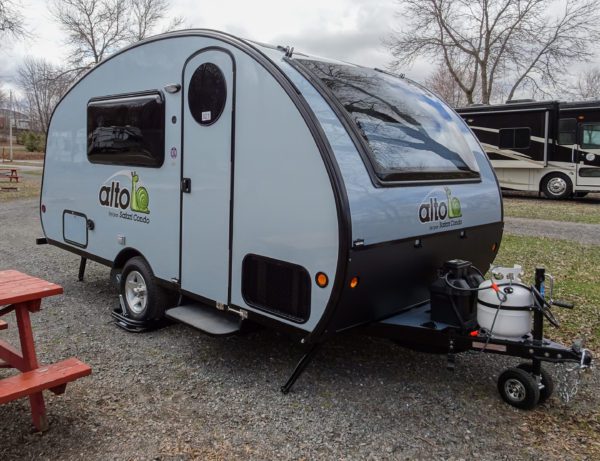 Since then, the traveling trio been through a lot as far as stuff goes:

I’ve made a lot of changes in my outside gear as I got to know my vagabond camping style. Here’s the review of what’s working for me these days. 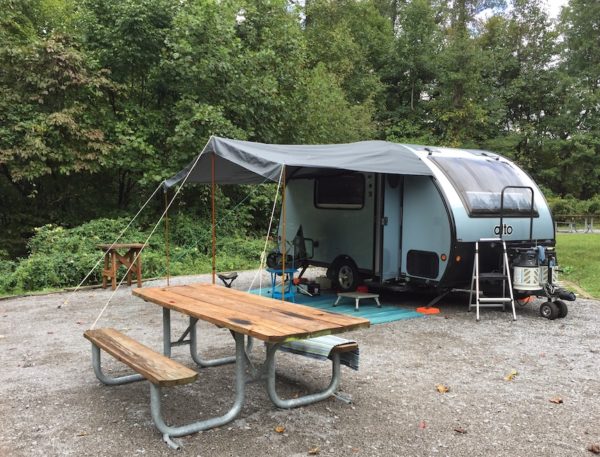 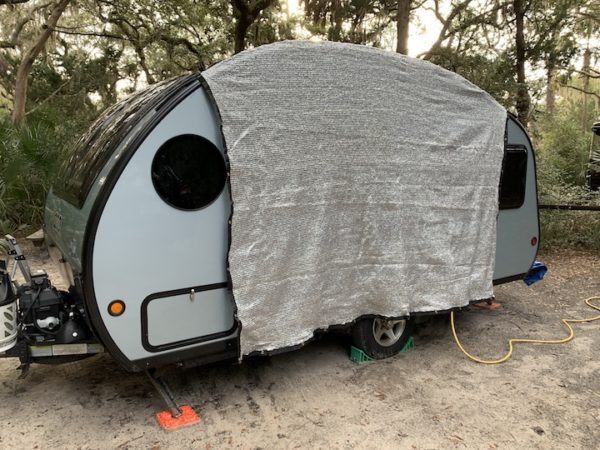 I’m a minimalist at heart, so I’m always curating what I have and seeing if I really need what I have. 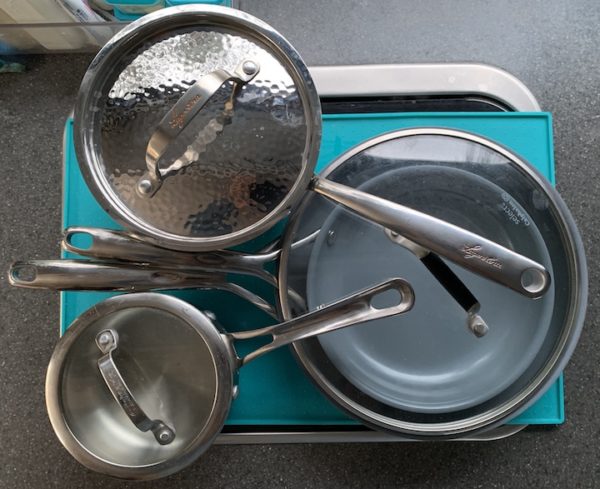 In my third winter, I finally figured out bedding that works for me.

The topper rolls up into a nice couch back and the rest of the bedding stuffs easily into the back storage space under the window. I like to make the bed up into a seating area, especially in winter when it can be way to0 cold for this California native to sit outside. 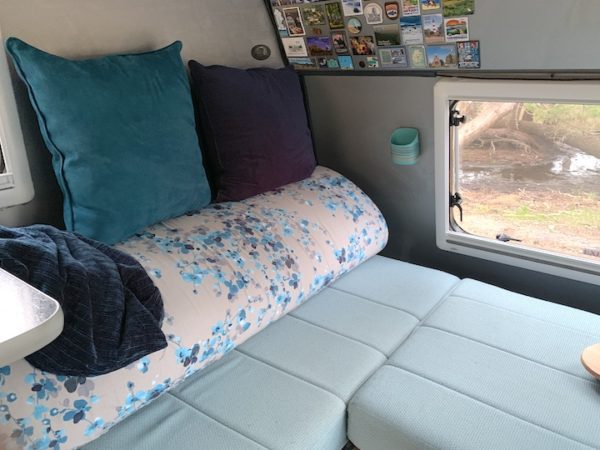 I don’t like clutter so I’m rather obsessive about everything having a place to go. I’m still a sucker for sterilite with teal accents, little boxes, and plastic bags. My latest discovery was that my little 12v vacuum works with those “as seen on TV” plastic storage bags that you suck all the air out of and so can store stuff in less space. My out of season clothes and bedding all got the vacuum/shrink-wrap treatment last month.

Let’s review what I carry around all the time that I don’t use much.

What’s the oddest stuff I carry around?

Things I Don’t Have (and don’t miss)

I’ll finish up by highlighting what I would do differently if I was just starting out.

Honestly, while there was a lot to learn — never having towed a thing or spent a night in an RV or trailer — it wasn’t all that hard to figure out. Every day was something new, but it wasn’t all new at once after the initial “Let’s get this thing hitched up” part. What I didn’t know, I learned. What I didn’t have, I either bought or improvised. I figured out how wide my rig is and how tight a turn I can make. I overcame the irrational fear of hitting a gas pump with the trailer. I got good at making and changing campsite reservations. It’s all pretty much worked out OK.

Am I still happy I bought my Alto and started traveling full-time? You betcha! I hope you found this Safari Condo Alto review informative and, if you’re looking to buy one, helpful in making your selections.

If adventures will not befall a young lady in her own village, she must seek them abroad.