Last week, Annie and I went exploring! We started by turning right out of our campground instead of left. We always go left, and that means we are going to Albuquerque or Santa Fe. Turning right? I had NO IDEA where we were going! Annie said we have a Garmin map thing in the car to show where we are so we won’t get lost.

We turned onto a little road in a town called San Ysidro and it was so small they barely had a post office. We drove through the whole town in 2 minutes, I think!

Then we got to the pretty part! Look at that view: trees that are spring green and mountains of red rock! 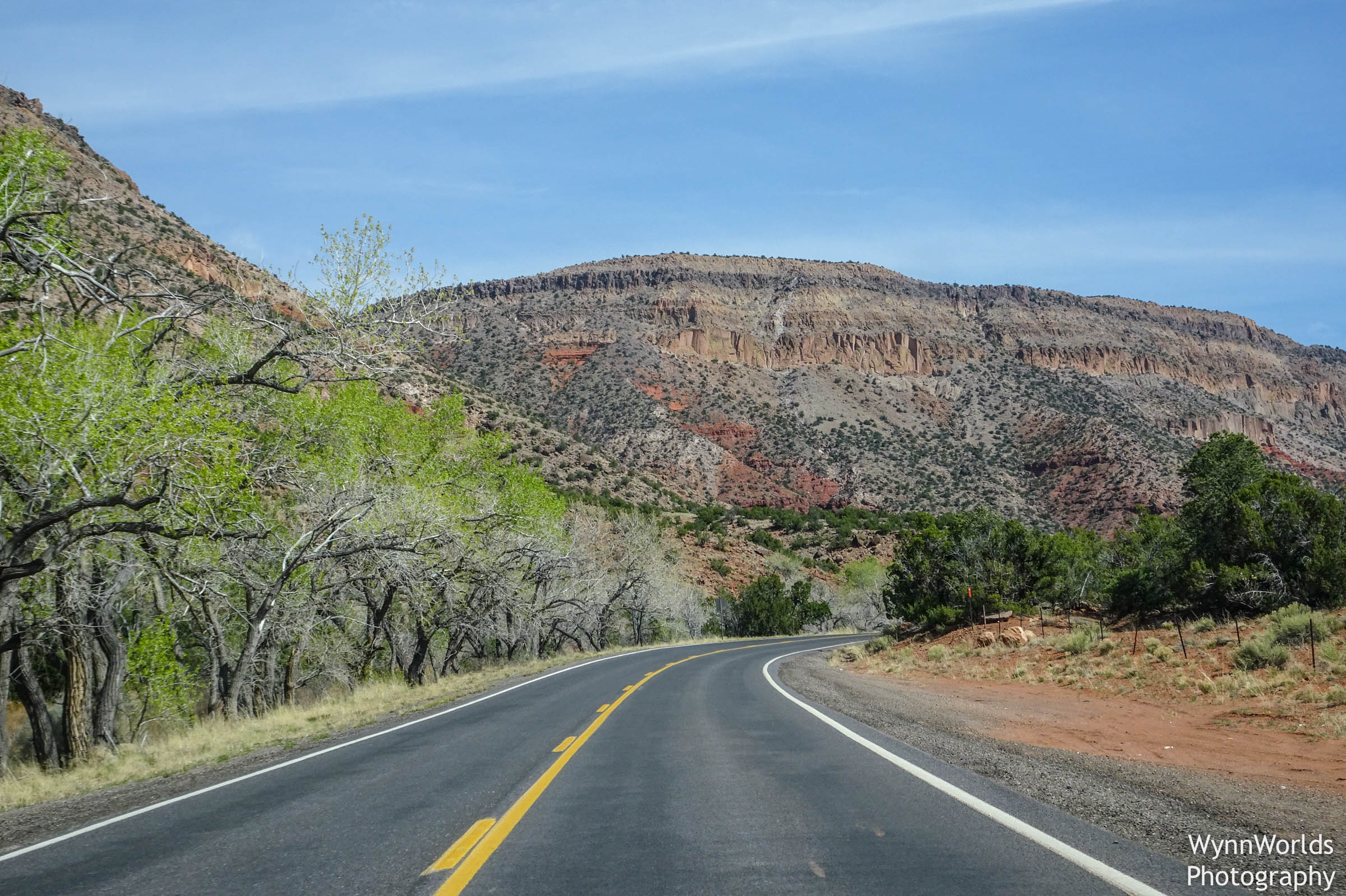 We stopped at a roadside picnic area and looked at these really red rocks! This area is sacred to the Jemez Indian people so they have asking people not to climb on them. I was very careful to not scratch the rock while I waited for Annie to take a picture of me. And we were very respectful and quiet, too. Then we went up and down hills and the road curved left and right! It was crazy because we were entering a canyon! And the walls of the canyon all look like this: After we drove through the canyon, we were in the mountains! And then, suddenly, there were no trees and a big wide valley. I couldn’t figure out what happened, and so I asked Annie where the mountains went. She said that over a million years ago, a big mountain was here. Then it became a volcano and exploded, and then it collapsed, leaving a crater that is more than 13 miles wide! Then new mountains came up inside the crater, like the one you see behind me. And because it is such an interesting place, it was declared the Valles Caldera National Preserve in 2000.

Right next to it is Bandelier National Monument. It preserved the homes and villages of ancient Pueblo Indians who lived here more than 11,000 years ago. I met a nice Park Ranger who showed us the museum explaining the life of those Indians. I really liked this display of shoes that they wore. I think those little red ones would be perfect for me! As we were driving the long road out of Bandelier, I spotted a big white dish that looked like one from the VLA. Annie got out the map and we figured out this is a radar telescope that belongs to the Very Large Baseline Array (VLBA), so now I have seen two of the ten telescopes for that! We couldn’t get any closer than this because the area was all blocked off. Oh, well, at least I got a picture of it with me!