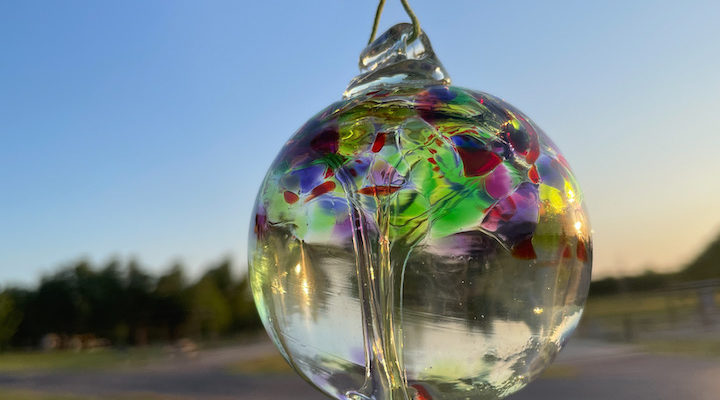 Over the last six years, I’ve swapped out a lot of things, from dishes to pillows and cushion covers. But some things have stuck because each of them reminds me of how rich my vagabond life really is, despite living in a little trailer and not having a lot of stuff. Here’s a look at the possessions I treasure the most after six years on the road.

My friend gave me this compass to celebrate my leaving full-time work and becoming a vagabond. It’s the first thing I hang up inside when I set up a new campsite. It reminds me of two things, to trust myself and that, whenever, wherever, I can call her for moral support and cheerleading. Both of those were so important my first year, and again when I had the accident in 2020.

My brother and sister-in-law gifted me this glass ball when I was living in Seattle and feeling a bit lost after such a big move. It represent a family tree and I take it out of its protective bubble-wrap and hang it up when I want to remind myself how much family support I have. From Wisconsin to Denver to Arizona and California, I know my family has my back whatever happens out here on the road. 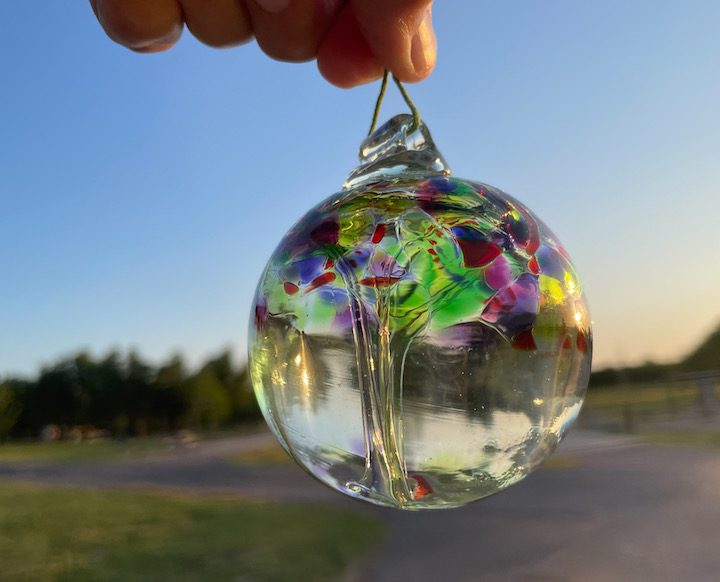 On a whim, I bought Lewis Harris Bear at the Dublin airport in 2014, right before taking a flight to Scotland for three weeks of vacation. That trip was a dry run for being retired (or at least not working full-time) and I was a bit apprehensive how it would go. Whenever I started thinking I was crazy to retire at 60 or buy a trailer and hit the road, Lewis Harris would just look at me and listen to my rambling brain. Turns out he’s pretty good at that, and he’s been listening to my ideas and plans and hopes ever since. And it’s also nice to have a comforting teddy bear when big thunderstorms or high winds rage around my little trailer. 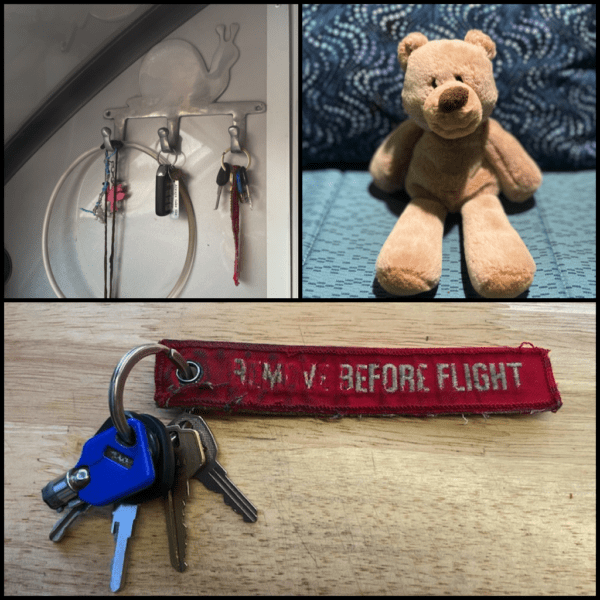 I saw the snail keyholder on the Altoistes group on Facebook before I even had my Alto and bought it (it hasn’t been available on Amazon for years). Every time I hang up my keys, I think of the Altoistes who encouraged me and cheered me on, especially in those early days when it was sometimes rough going. Y’all travel with me, you know that, right?

That red key ring is faded and dirty, worn as can be but I’ll be using it until it literally falls apart. Why? Because it was my Dad’s before he died; I gave it to him years before, after visiting a space center (I don’t even remember which one). He never got to meet Breeze, although he did know she was coming. The keyring holds my Alto keys, and every time I grab them, I think of my Dad. He’s a big part of why I’m a vagabond at heart. (Sunday Song for a Vagabond Dad)

Keeping the Past Close

THere’s a little metal pin stuck on my corkboard that reminds me life is short, so make the most of it. My friend Michele gave it to me the summer of 1989 when I was finishing up my Master’s degree (I was kind of getting crazy over my thesis). She died of ovarian cancer a year and a half later and I still miss her. But the pin, and that crazy little person, always makes me smile. 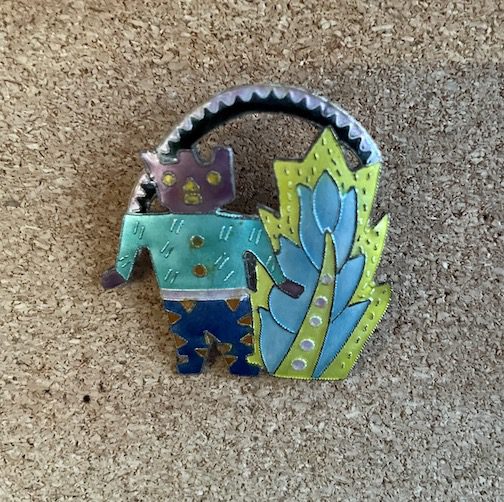 Since I started traveling in my Alto, I’ve been gifted some lovely hand-woven towels and napkins (thanks, Rhea, and Janet), a little metal snail (thanks, Jack and John), a keychain charm that says Always take the scenic road (thanks, Chuck) and other little mementos that I keep tucked away. It’s kind of amazing how much an Alto can hold of the things that really matter. I’d rather keep all these little reminders of my friends, family, and well-lived life than any pair of old jeans or pile of books.

Memory is the treasury and guardian of all things.