After escaping from Colorado without having been snowed on this late in the season, I landed in the Santa Fe area, caming at Hyde Memorial State Park. (You might laugh at that opening line, but Colorado snowed on my in May and October both, back in 2017!) 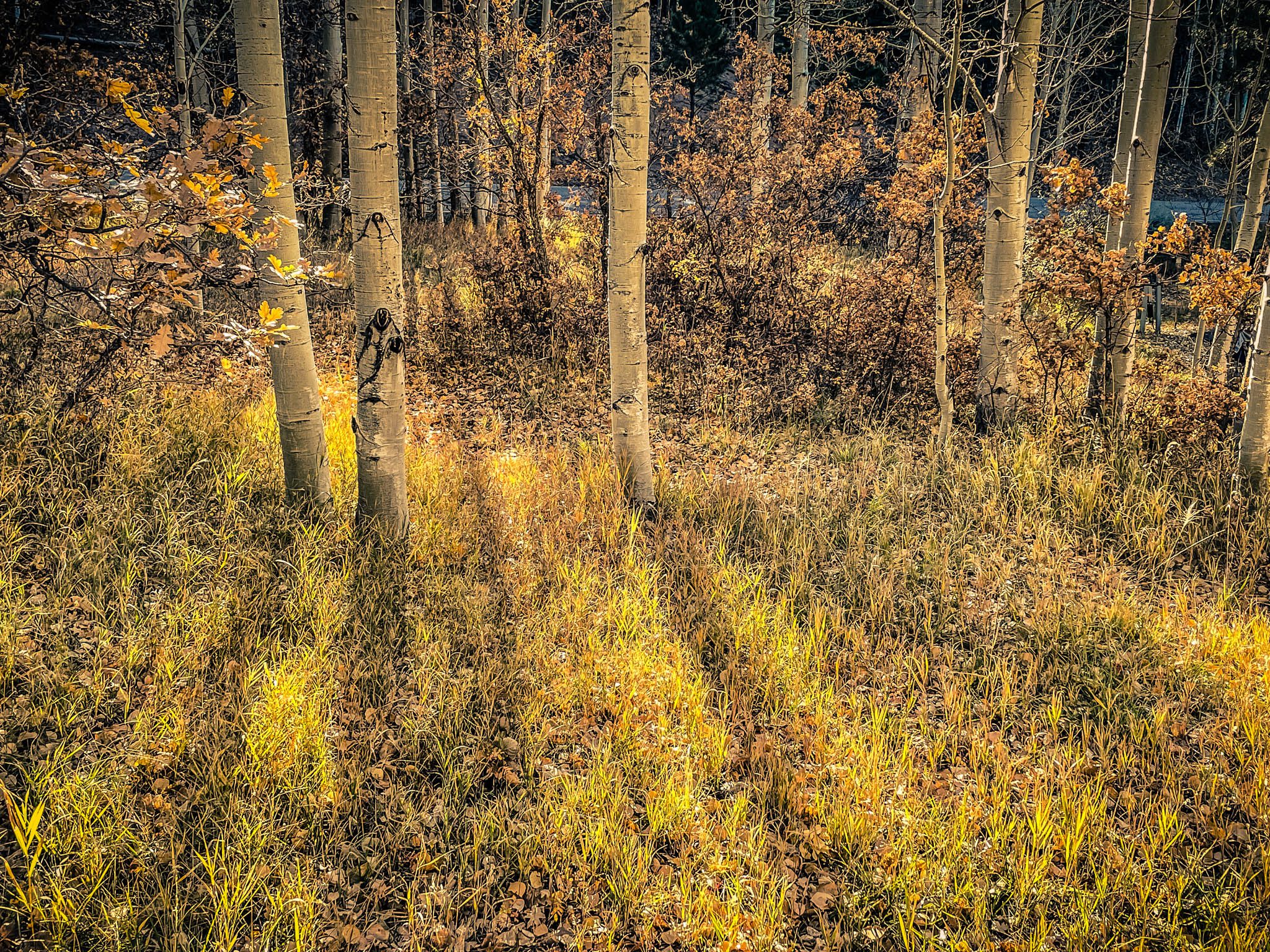 So far up in the mountains north of Santa Fe that you get no signal, it’s still worth it for the dark skies, the lack of noise (except the few cars that come through on their way to wherever that road goes after the campground), and the small size of the campground.

Santa Fe was a big stop for me for three reasons. First, and best, I got to catch up with friends (yay, we were all vaccinated and Santa Fe people mostly masked up), so that was great fun. Second, booster shot time for me, thanks to CVS online scheduling. Third, and most welcome to a full-timer, I got to retrieve all the packages friends had been storing for me at their house. From new bins for the closet to a replacement hotspot device and new shoes, it was like a late birthday party (only I bought all the presents, but then again, I got exactly what I wanted!).

On to Bernalillo, just north of Albuquerque for a few nights. I had great views of the Sandias (below), met up with friends, and also picked up my new Macbook Pro from the local Apple Store. I love staying at Coronado Campground, it’s just off the highway and close to stores and gas stations. Also, it’s right next to a new brewery, which was a super-convenient place during a pandemic to meet friends since they have a huge outdoor patio. All too soon, time to pack up and keep heading south. 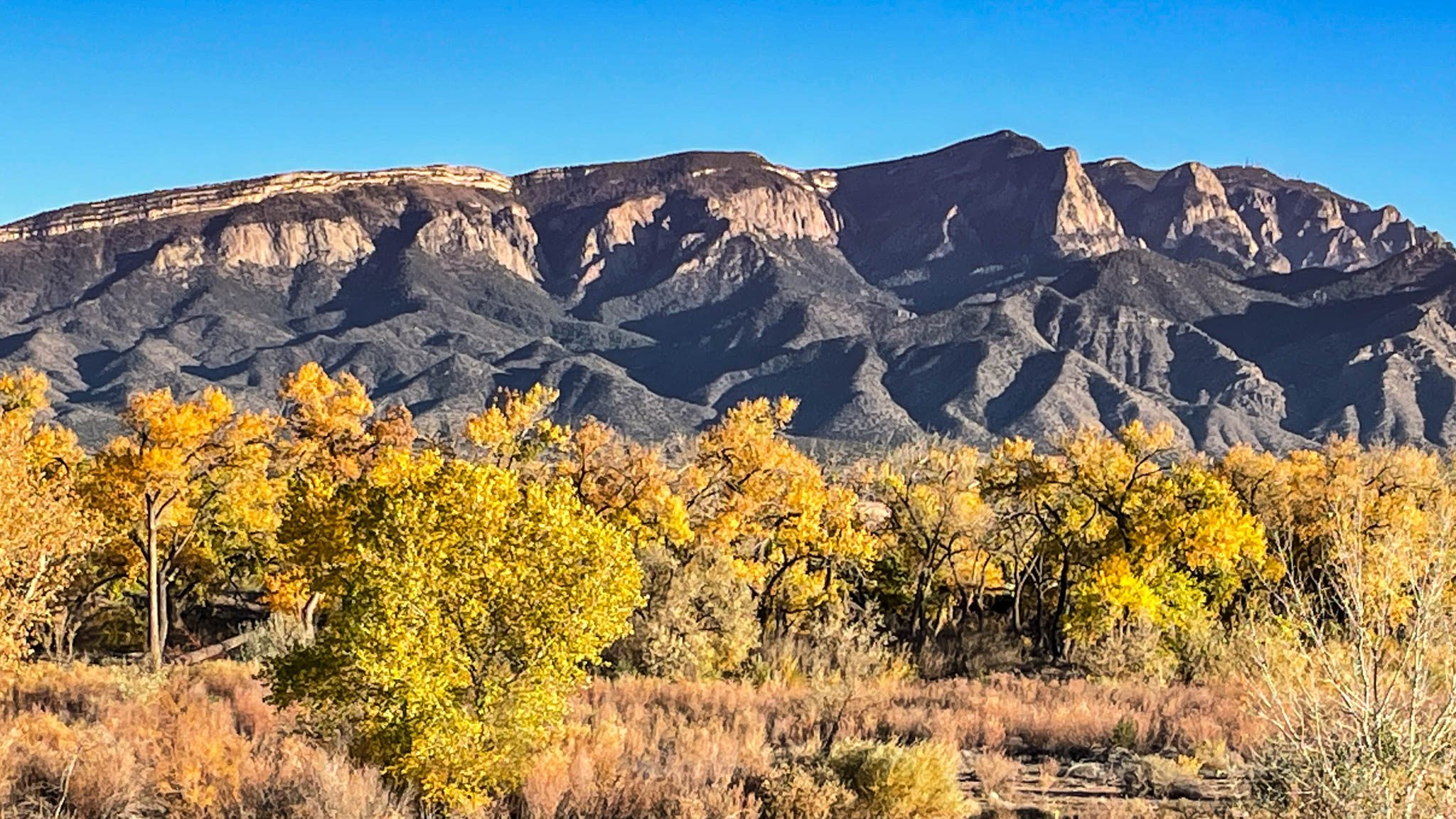 Some people like Elephant Lake State Park, but I prefer the smaller Caballo Lake campground. It’s about 20 minutes south of Truth or Consequences, so gas, groceries, and hot springs are easily accessible. The big surprise showed up shortly after I arrived in the late afternoon: the unmistakeable sounds of sandhill cranes. I could not have been more excited!!! (Rarely do I use multiple exclamation points like a 13 year old, so that gives you some idea how much I love sandhill cranes.) 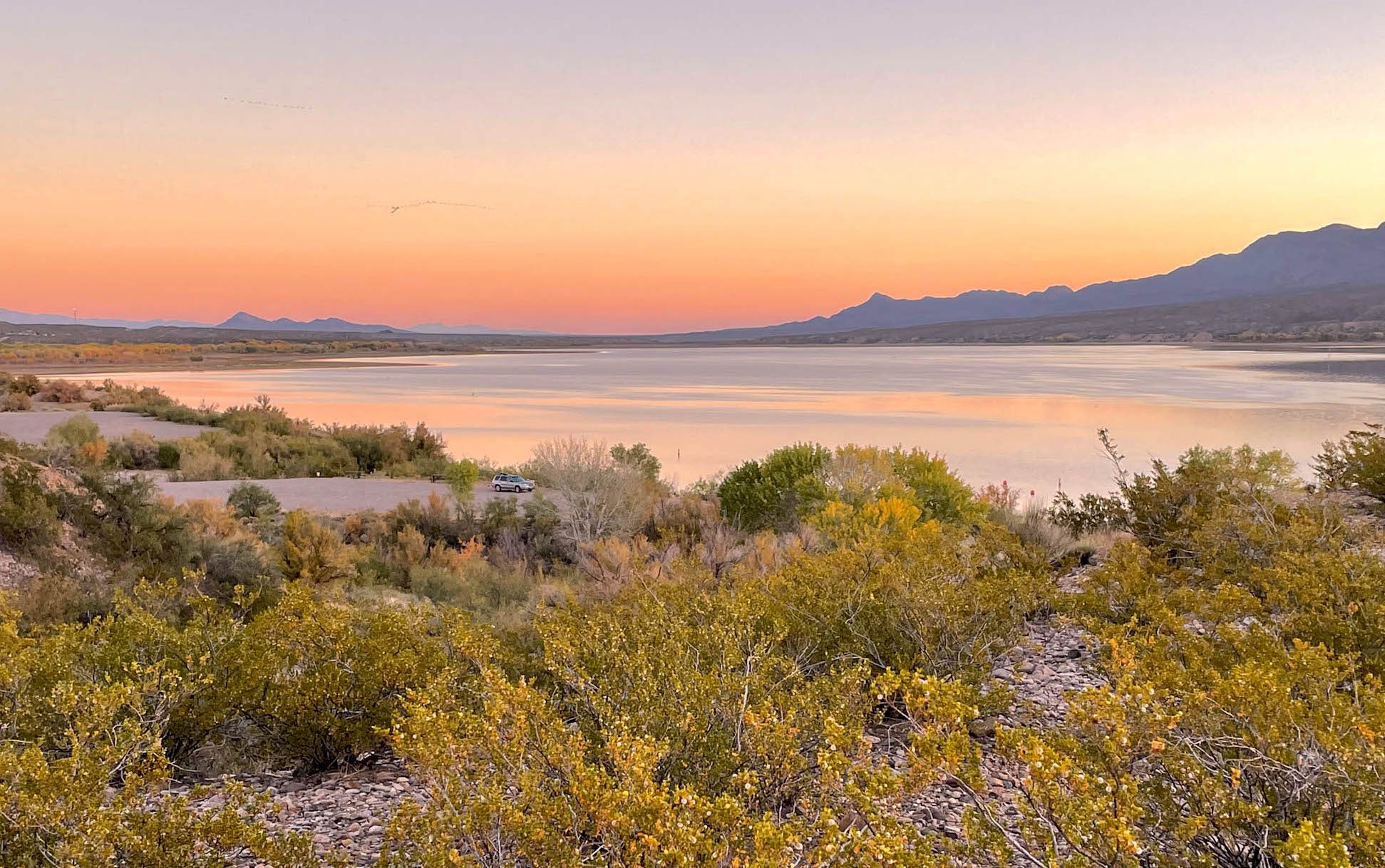 I got up each morning before sunrise, hoping to hear and see them as they headed out with the new rays of the morning sun. My last day I hit the jackpot, with sandhill cranes all over the sky for 45 minutes. I was in heaven. And, yes, I’ll be back!

My last stop in New Mexico this round was an old favorite, and the first NM state park I ever stayed out: Rockhound. I love everything about this place. It’s about 8 miles outside of Deming so very little light pollution. No Interstate-10 highway noise, just the sound of coyotes howling at dusk and dawn. 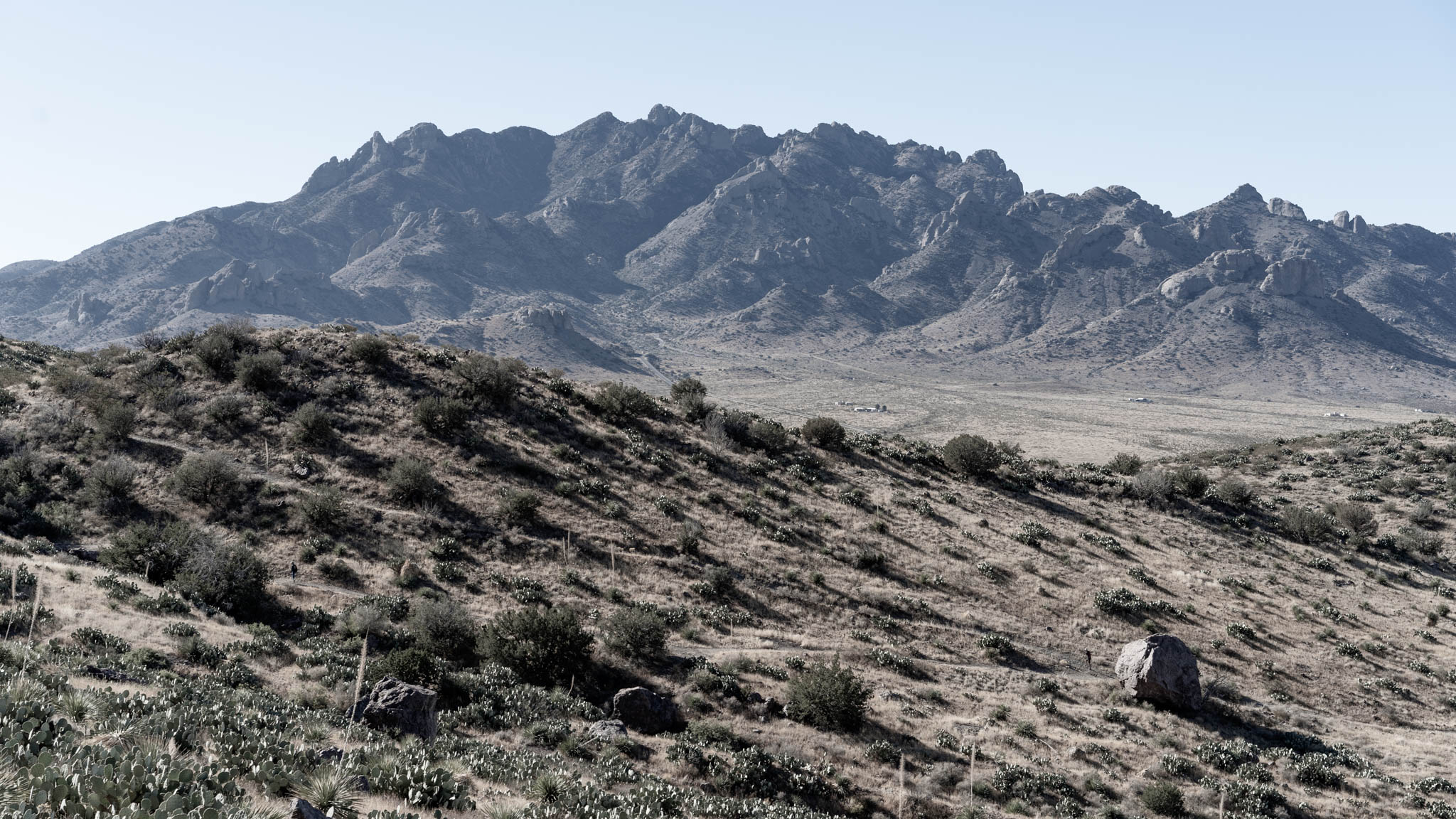 There’s a little nature walk that half-circles the campground and one day I met this little guy hanging out on a cactus. 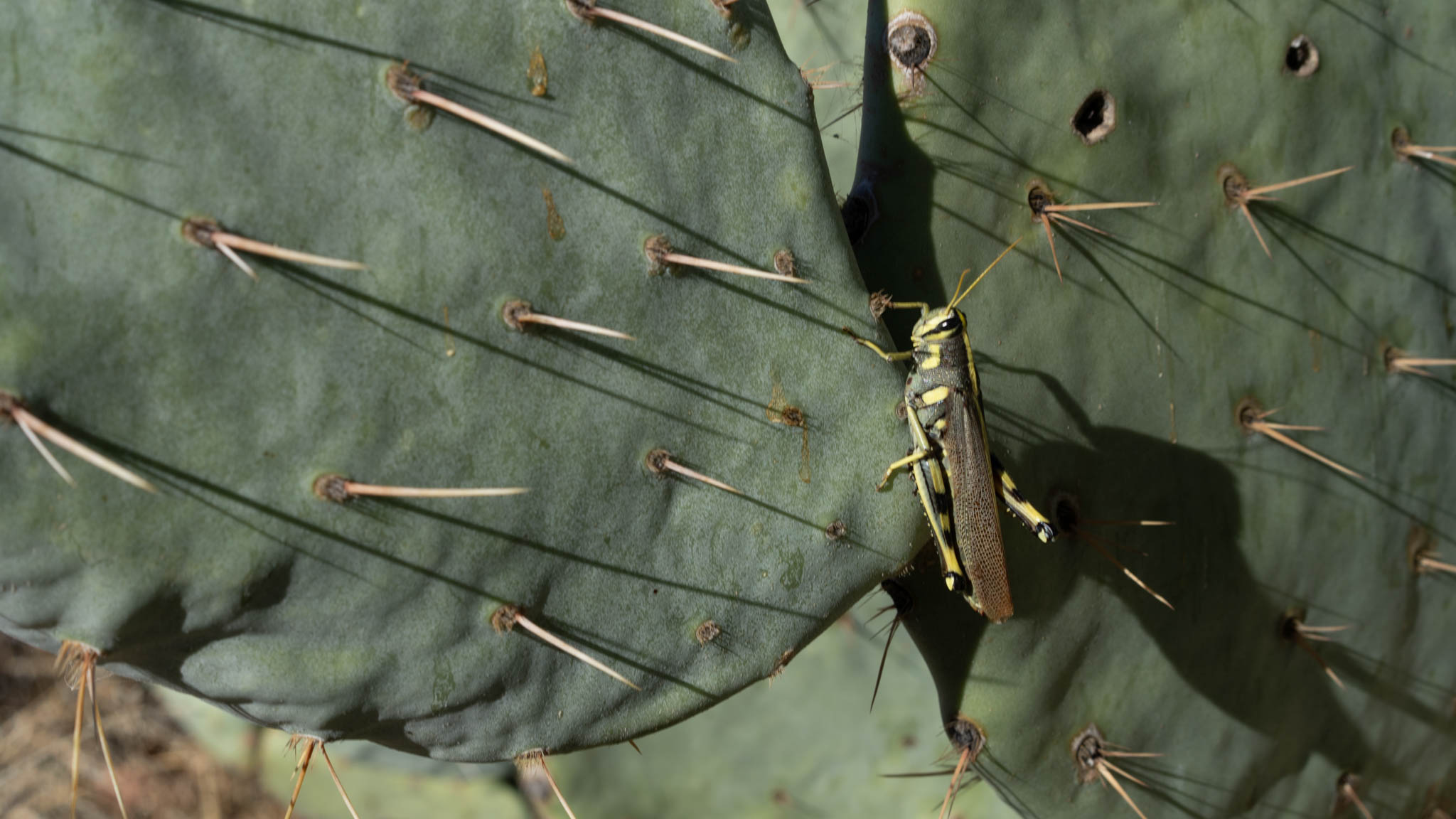 The mountains, the light, the space, Rockhound is probably in my top 10 nationwide of places I like to stay. 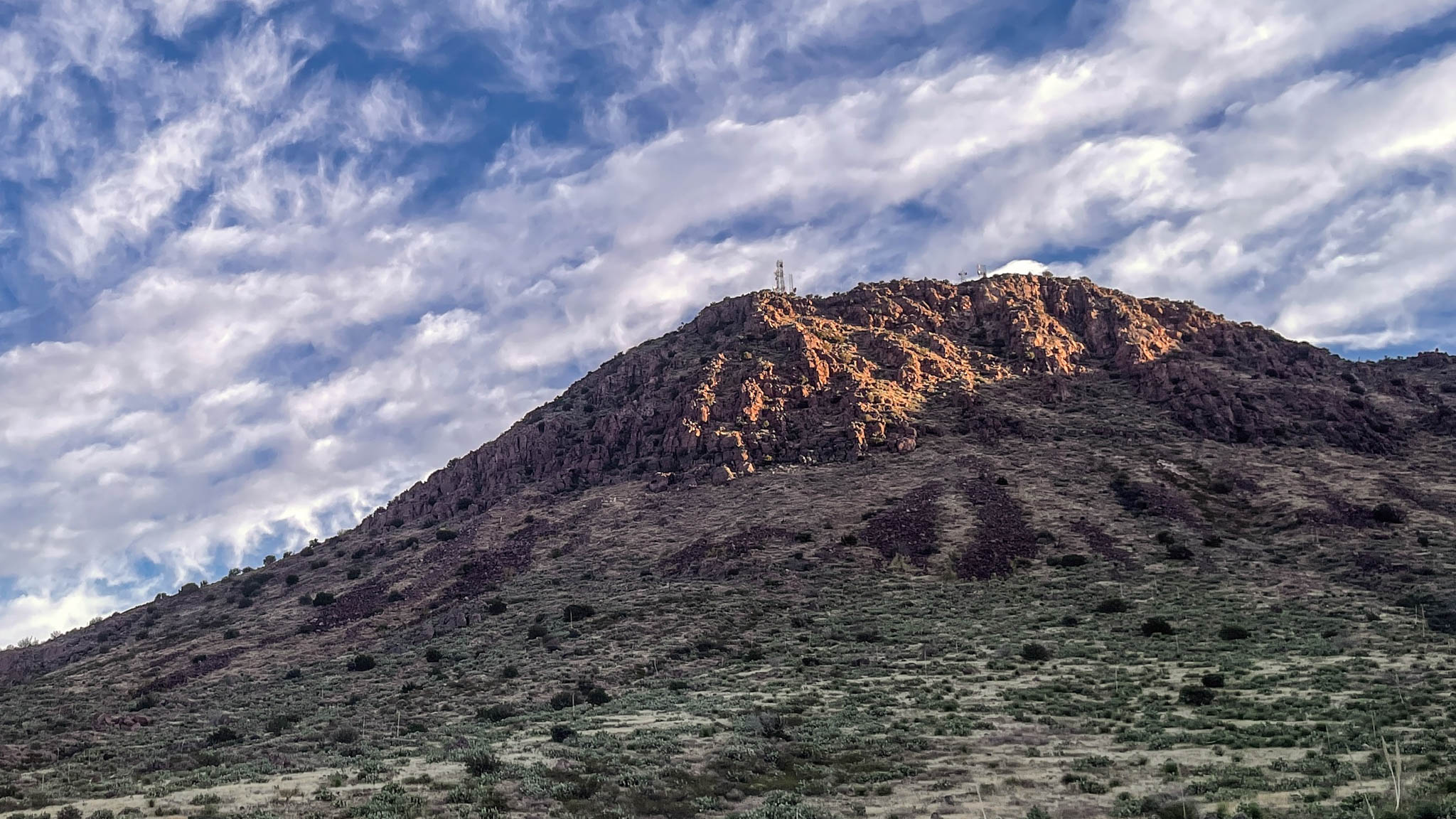 But, I can’t stay in New Mexico forever, so it was time after a few days of relaxing to pack up and head to Arizona, on my way to California for Thanksgiving.

I know not all that may be coming, but be it what it will, I’ll go to it laughing.