When I was a kid, the worst thing about going to visit my grandparents in Arizona was the desert. Ugh. So dry, so brown, so boring. All I can think now is that I just didn’t get the desert back then. Now I do. It’s beautiful in its own stark, understated way. 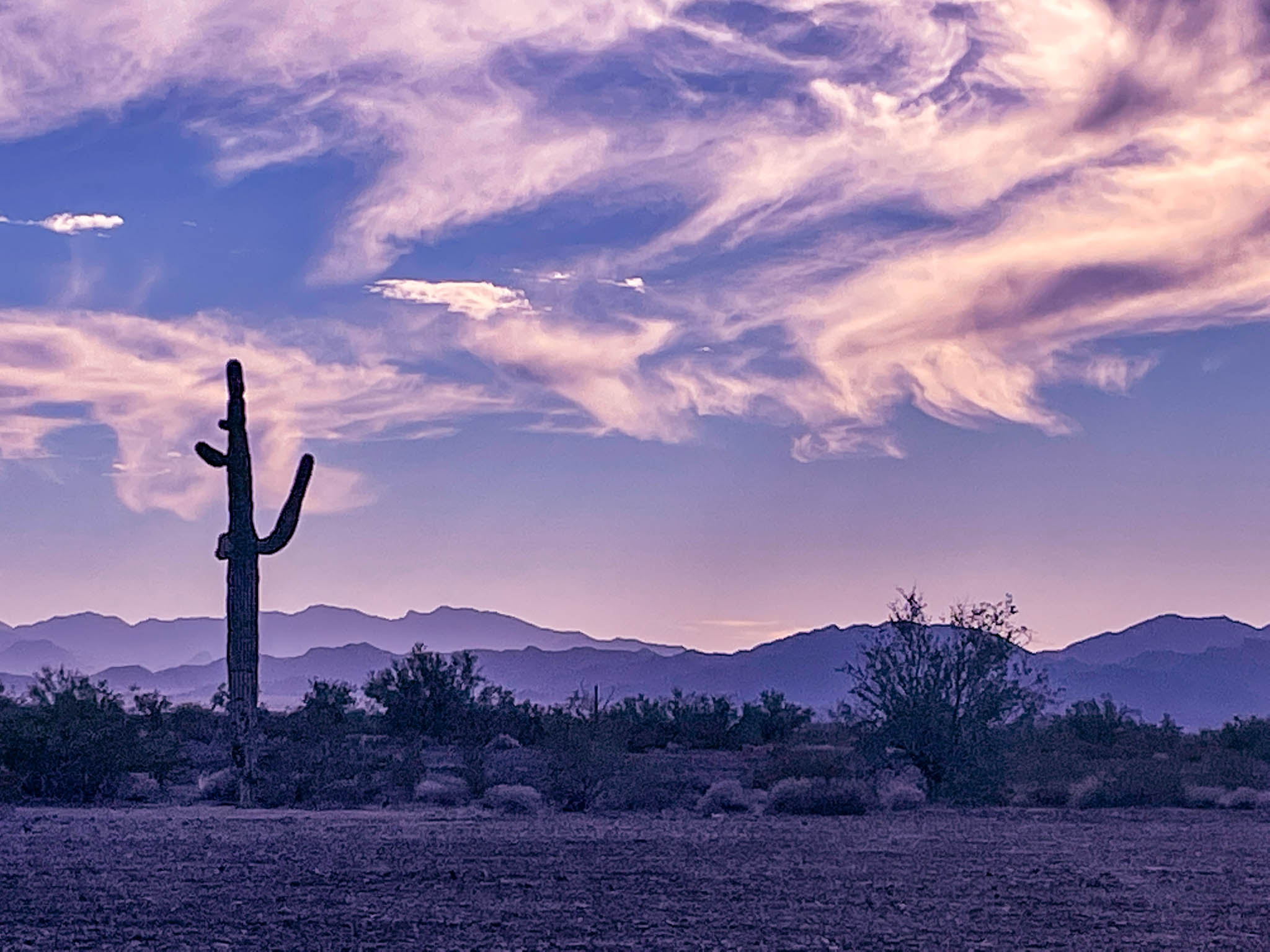 I was just passing through this time, a few days getting from New Mexico out to California, so I didn’t visit any cool places or try to see people, although I did manage some family and friends in the Tucson area (thanks, Sherry, Judy & Joanne, and Keith & Randy!). So let’s see what photos made the cut from my brief stint in the Grand Canyon State.

This lovely bloom was in the most unexpected of places, behind the rusty trash dumpster at an RV park in Gila Bend. The late afternoon sun caught the petals just so, and I couldn’t resist snapping a photo. Pro Tip for Travelers, if you’re going from Point A to Point B in southern Arizona, skip the I-10 through Phoenix, and take the cut-off that goes through Gila Bend. The Sonoran Desert RV Park is a great stop, all the amenities and very helpful staff. (They didn’t pay me to say that, I just like their convenient location when I’m going back and forth from SoCal to eastern Arizona and New Mexico.) And there are pretty flowers by the dumpster… 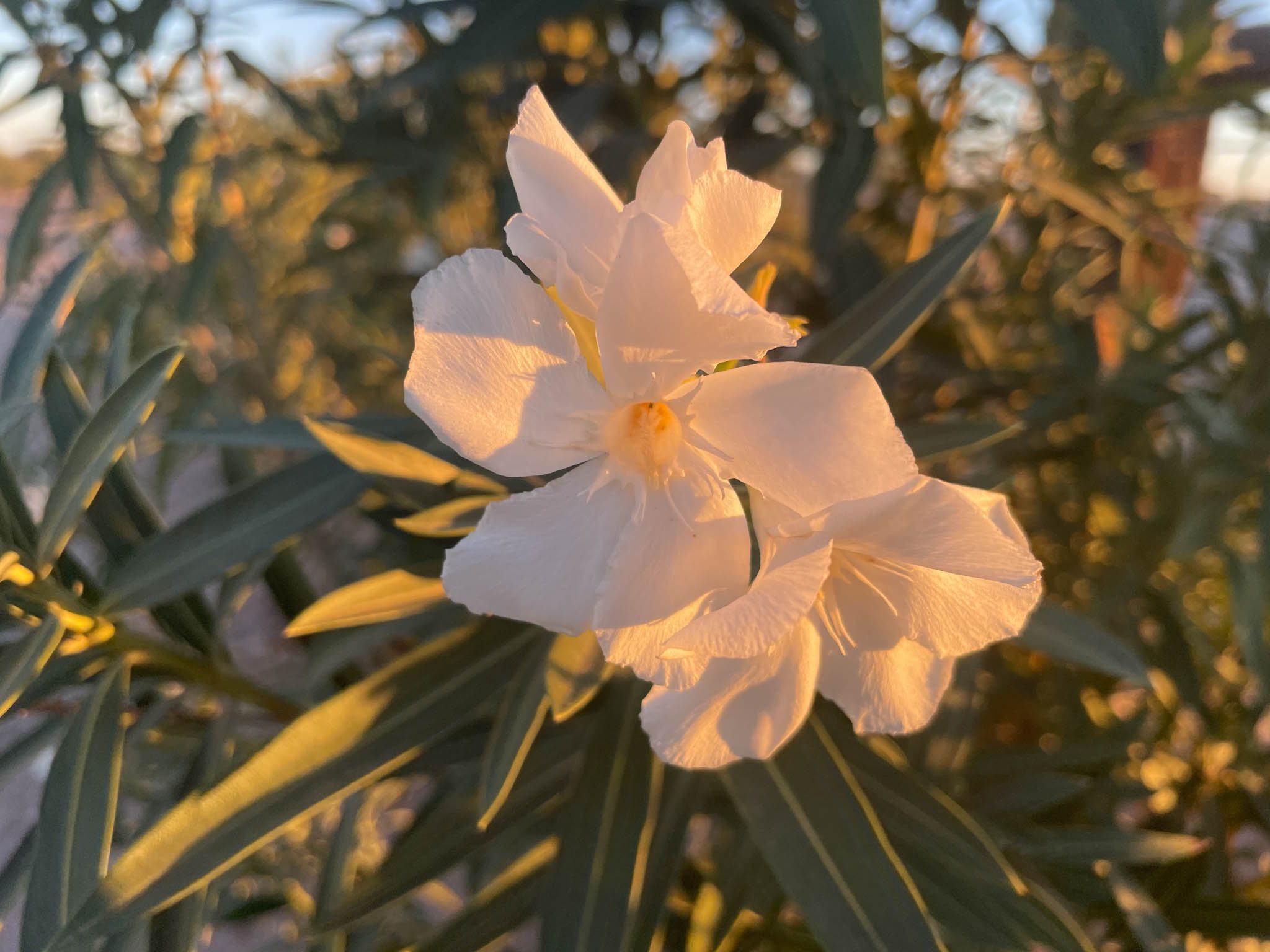 One of my favorite things about the southwestern deserts is sunset time. This was looking south from my door as the light began to fade. 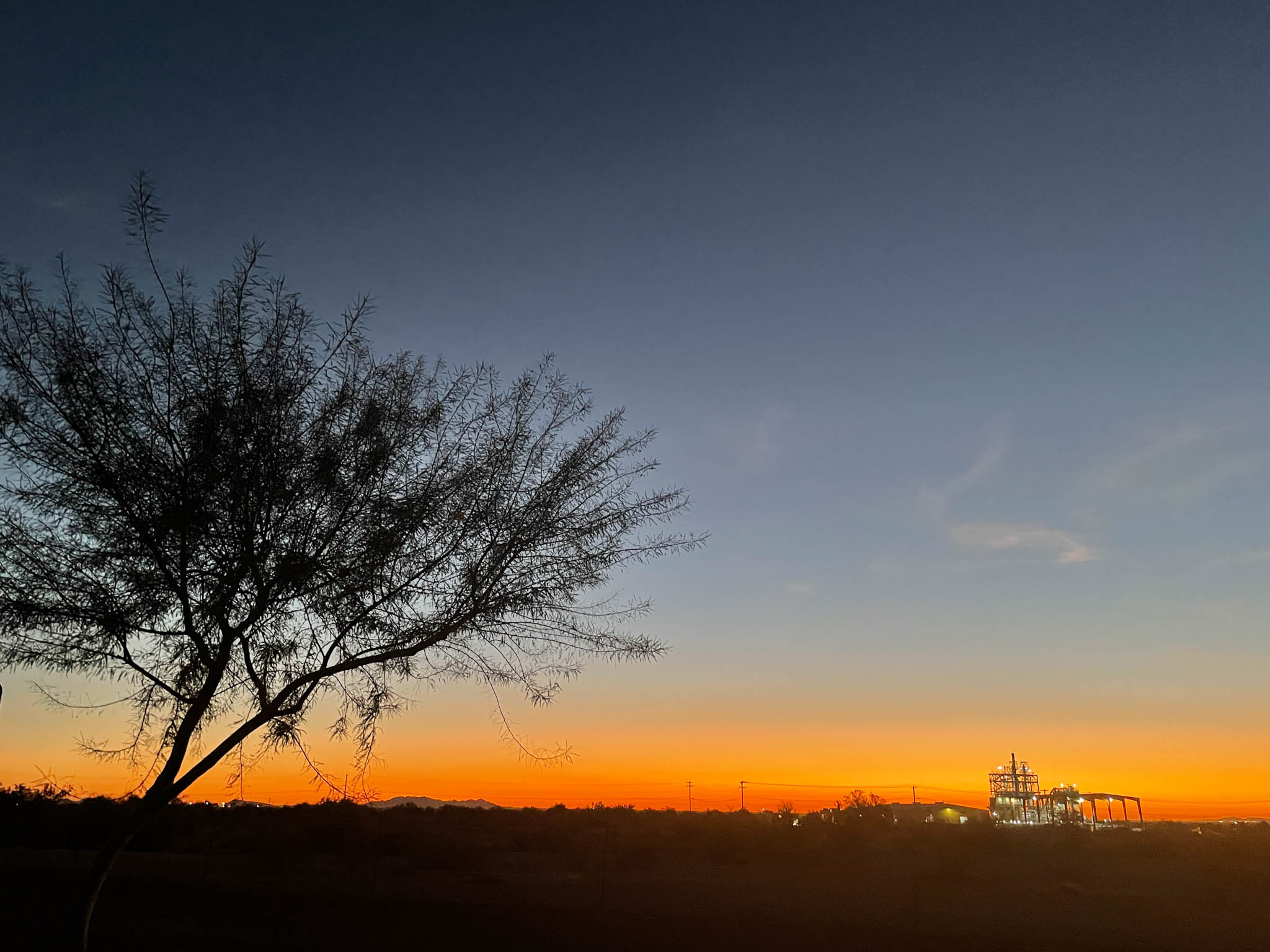 The last year my Dad worked, he was stationed at Palo Verde nuclear plant, west of Phoenix. I like taking the back roads that pass by the plant. I did drive that very road with him once, long after he’d retired, in my mother’s brand new Camaro with a Corvette engine. It’s a long, flat road with no traffic except at shift change. My dad told me to “stick my foot in it” and I did, getting the Camaro up to 110 mph before I lost my nerve and pulled my foot off the gas pedal. I still think of that when I drive by Palo Verde and I still smile. 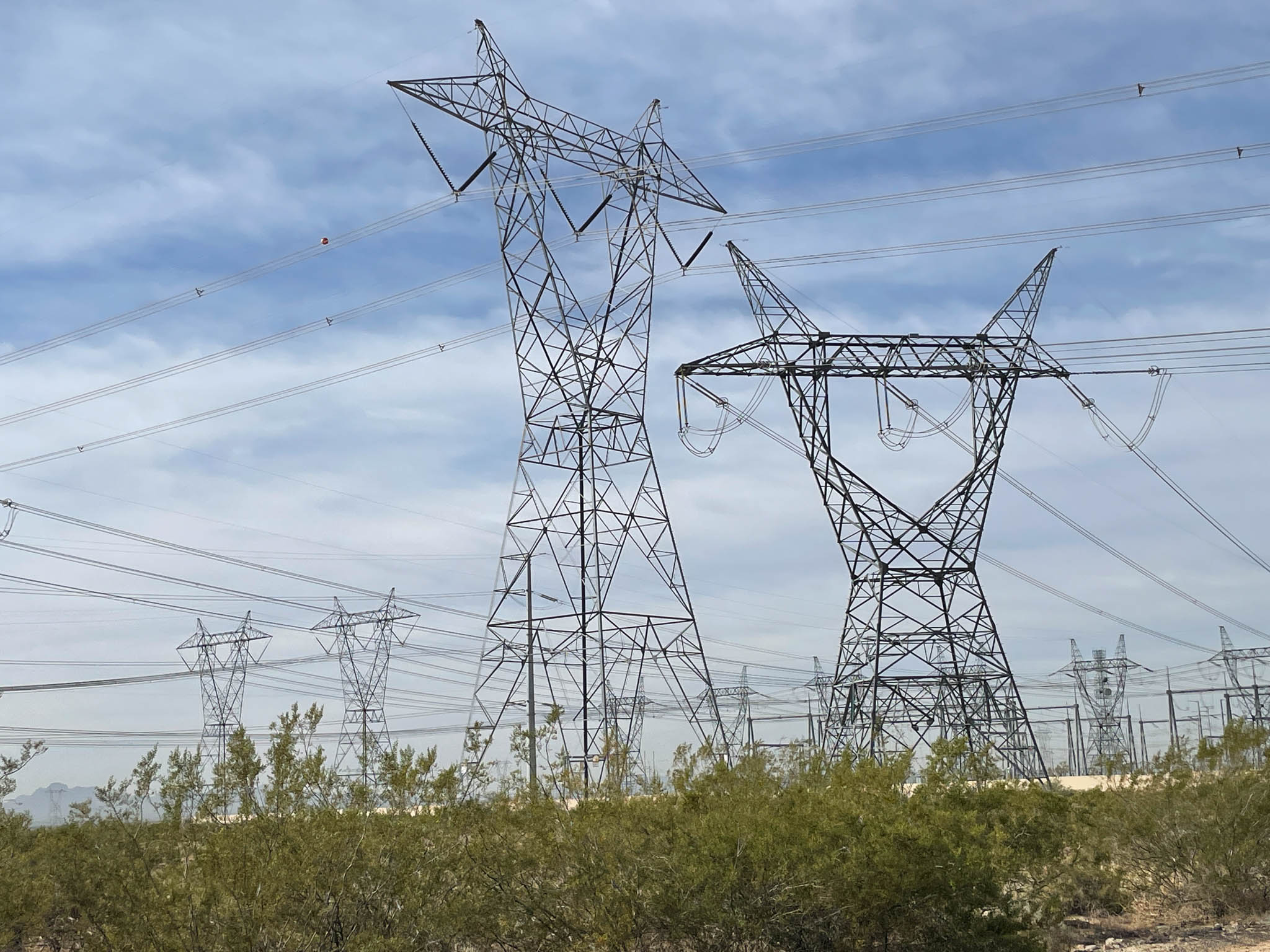 Although some don’t like it, I do think Quartzsite is a cool enough place to stay for a while, especially when it’s not the two weeks in winter that the big RV tent show is in town. In November and December, it’s pretty quiet and the BLM short-stay areas outside the main drag are nice places to get away and enjoy the silence of the desert. I’ve done both Roadrunner south of town and Plomosa north of town, and prefer the latter as it seems to have less huge gatherings and more places to pull off the long dirt road and keep your distance from other campers. This was my view to the east. The nearest person was at least a 10 minute walk away. 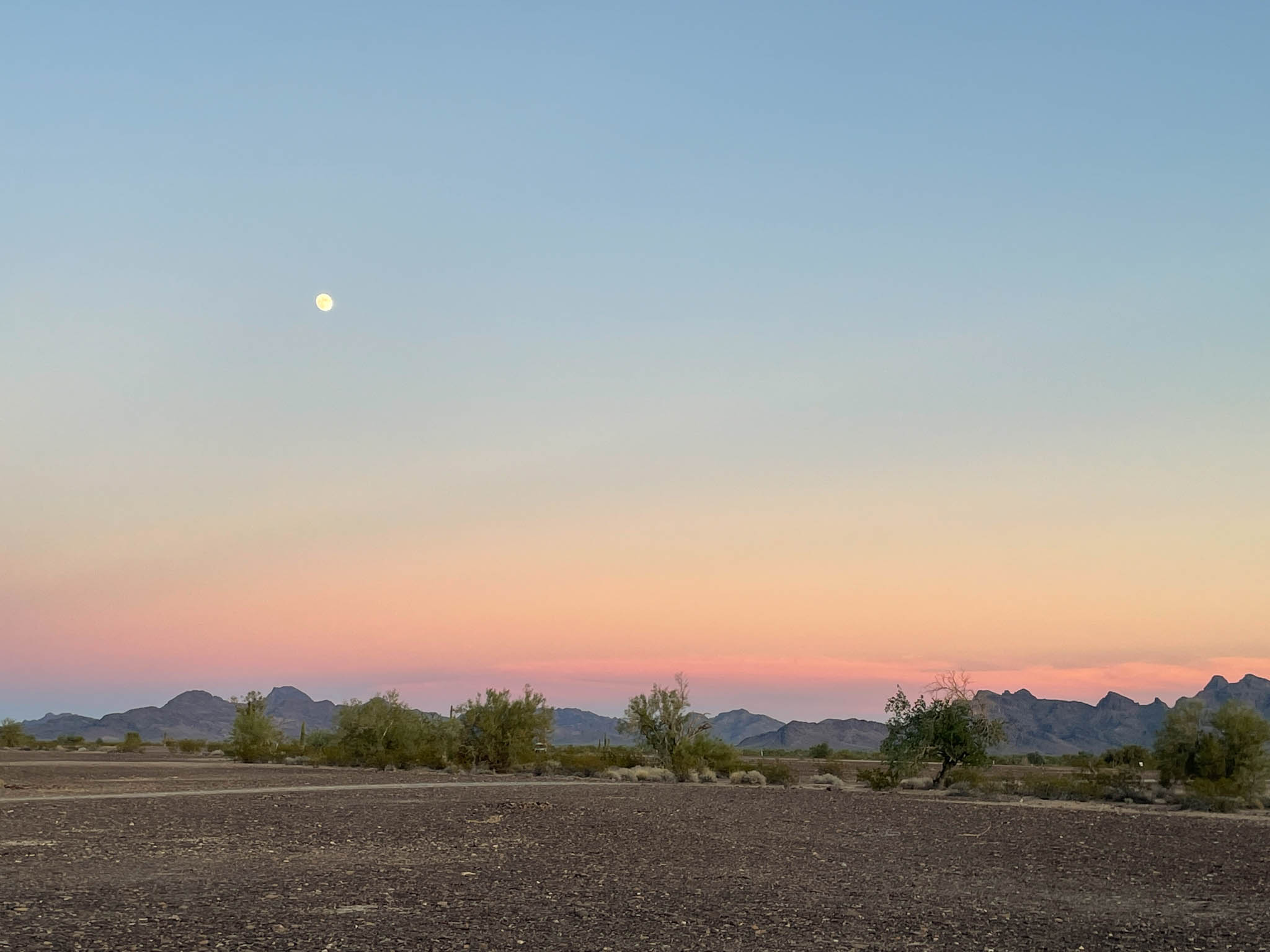 Remember that almost-total lunar eclipse back in November (for the Northern Hemisphere)? I was perfectly positioned to watch it from Plomas. I stayed up as late as I could, then woke myself up a few hours later to catch the near-totality of the blood red moon. Before that show started, I got in some practice with my biggest lens and tripod, taking pictures of the moon. 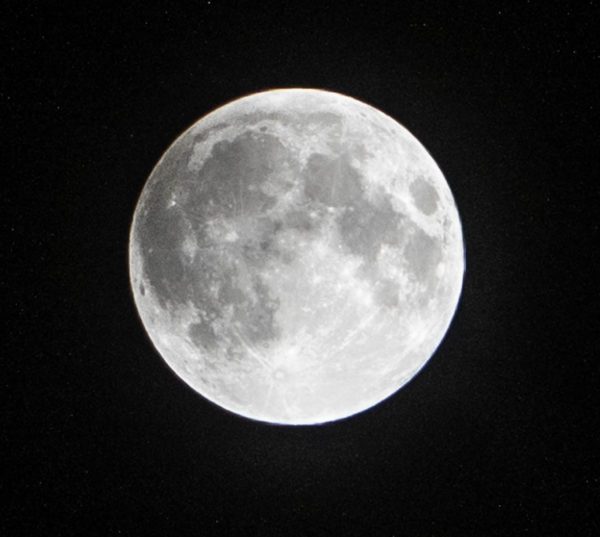 In keeping with my theme lately of perspective in life, looking up at the moon gives me that sense of perspective on a lot of levels. I remember watching the first people walk on the moon and then staring at it that night, trying to imagine those little humans on that pale ball, so far away from earth. We humans can do amazing things when we work together and dream big.

There’s beauty everywhere. There are amazing things happening everywhere, you just have to be able to open your eyes and witness it. Some days, that’s harder than others.