One of the oddest places in California (and that is saying a lot…) has to be Bombay Beach. So it feels fitting to end the weird year of 2021 with this post. Maybe we’re all living in different versions of Bombay Beach in a matrix run by robot overlords or we’re all just characters in a video game (go see Free Guy if you haven’t yet, it’s hilarious)… 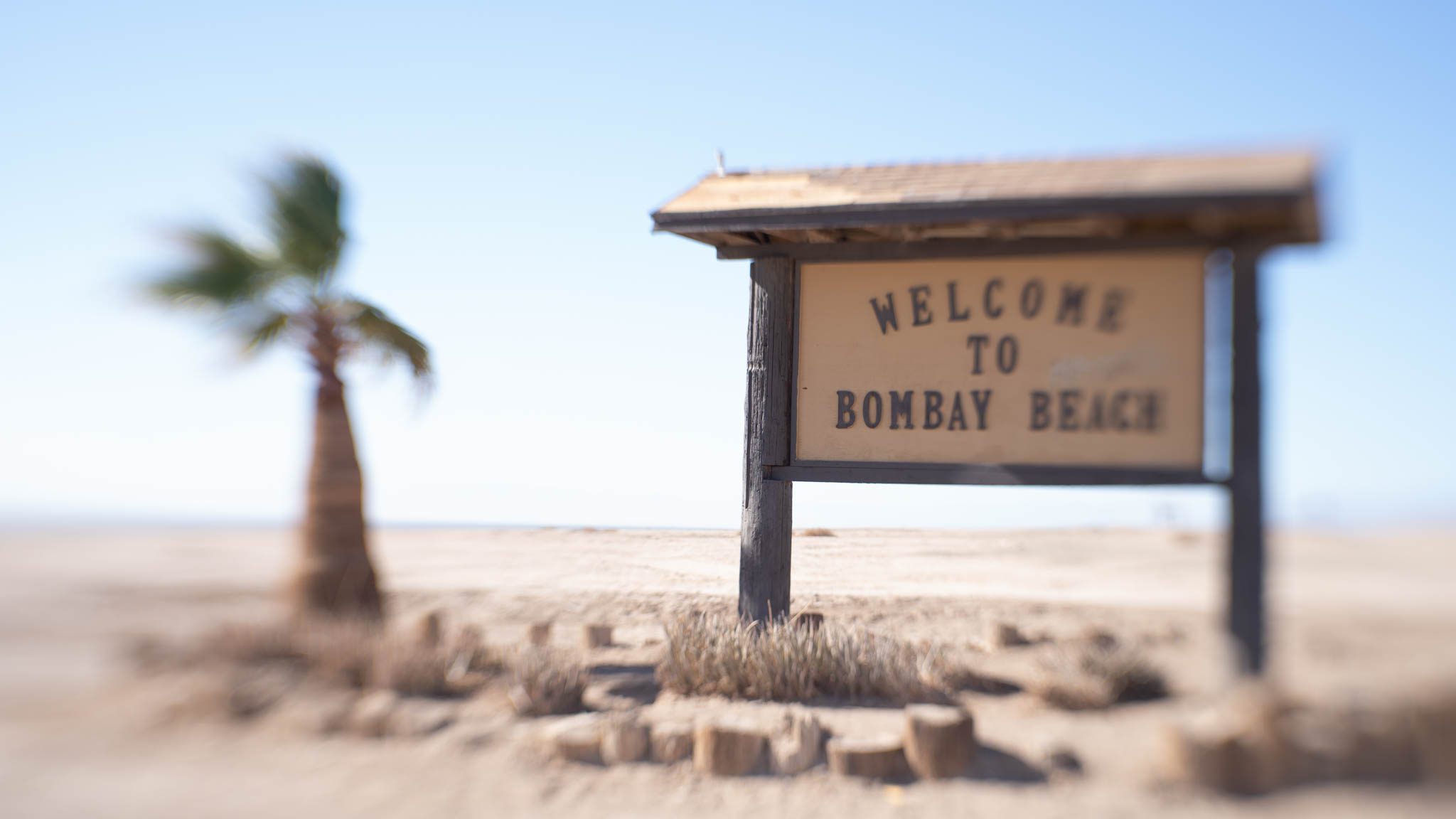 On the sand between the last road in Bombay Beach and the Salton Sea is a wide open expanse where people have felt called to create different kinds of art installations. Weird? Yes. Cool? Definitely yes. This was my favorite. Depending on how you moved around the outside of the cube, your perspective on the things beyond it changed in really interesting ways. Kind of like being stoned only without the actual drugs being involved. 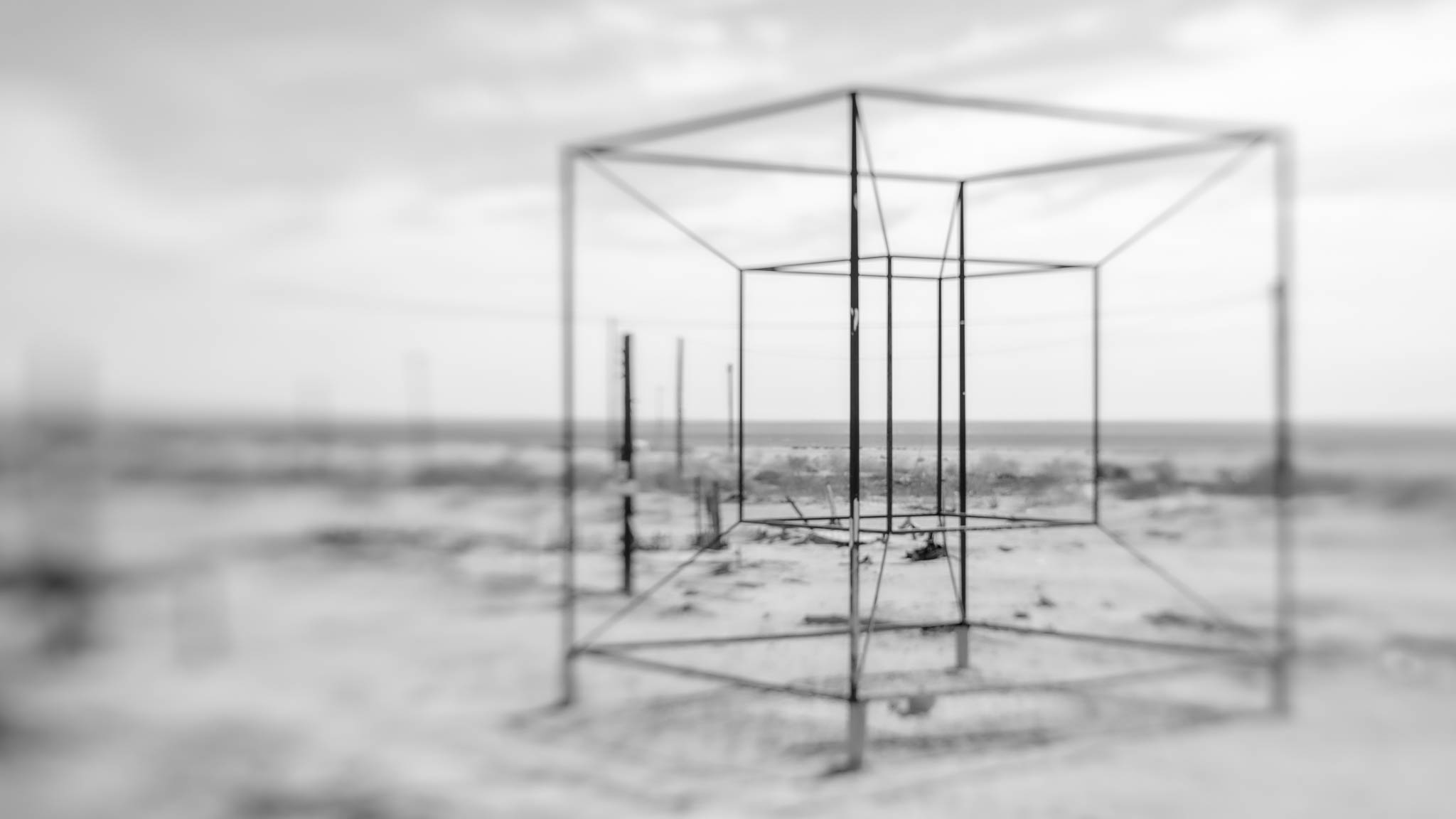 This wreck of a ship, created out of driftwood and old lumber pieces, was an amazingly beautiful thing. Mired in sand, yet so close to the water, it’s a statement of I’m not sure what, but it was definitely one of my favorite pieces. It also made me think of my friend Ed up in Maine, who collects old skiffs and such in his backyard and might debate collecting this one too if it wasn’t all the way across the country. 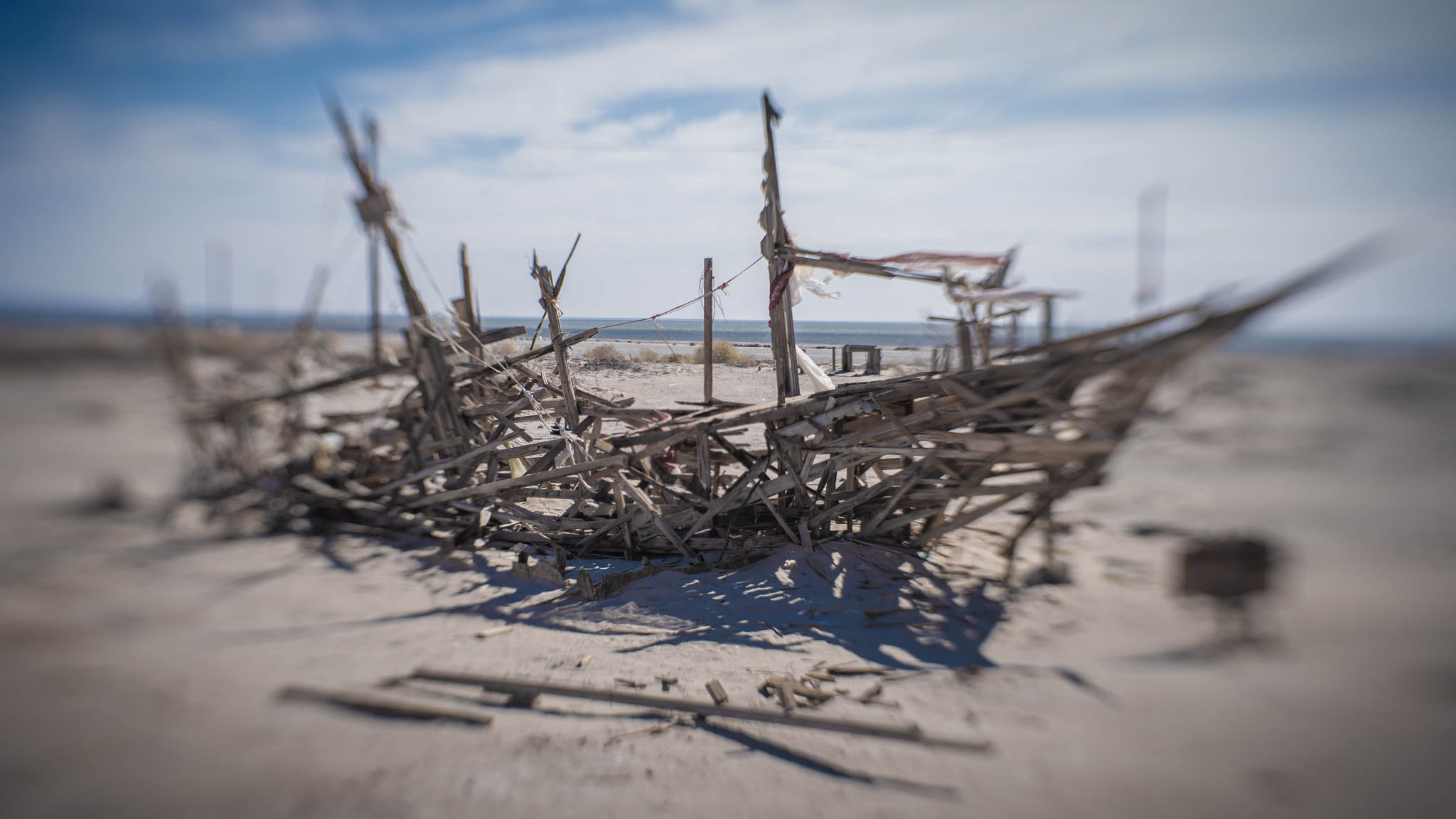 Just the other side of that road was an abandoned something. The only clearly recognizable thing was the blue porta-john. The rest? No clue. But I liked it as a metaphor for all the things that have been going on the last few years. 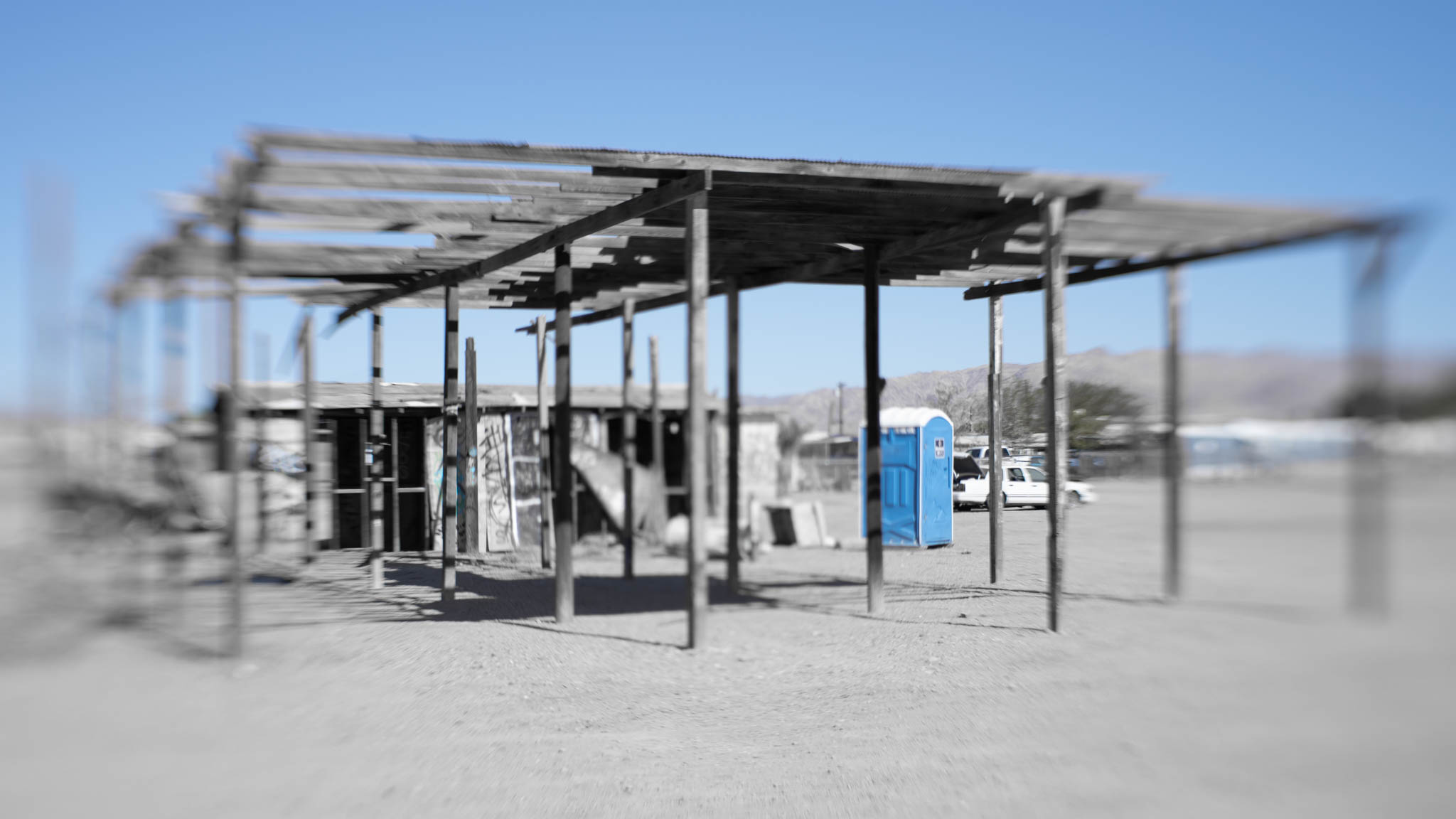 And if that metaphor wasn’t enough, this container, graffitied out to the max, had the last word on 2021. I’m sore, too, from dissension, divisions, debates about science vs. scammers, and… well, all of it. Except for Utah and the North Rim. And Lake Michigan and the South Carolina beaches. And the friends and family that got me through the year mostly intact. 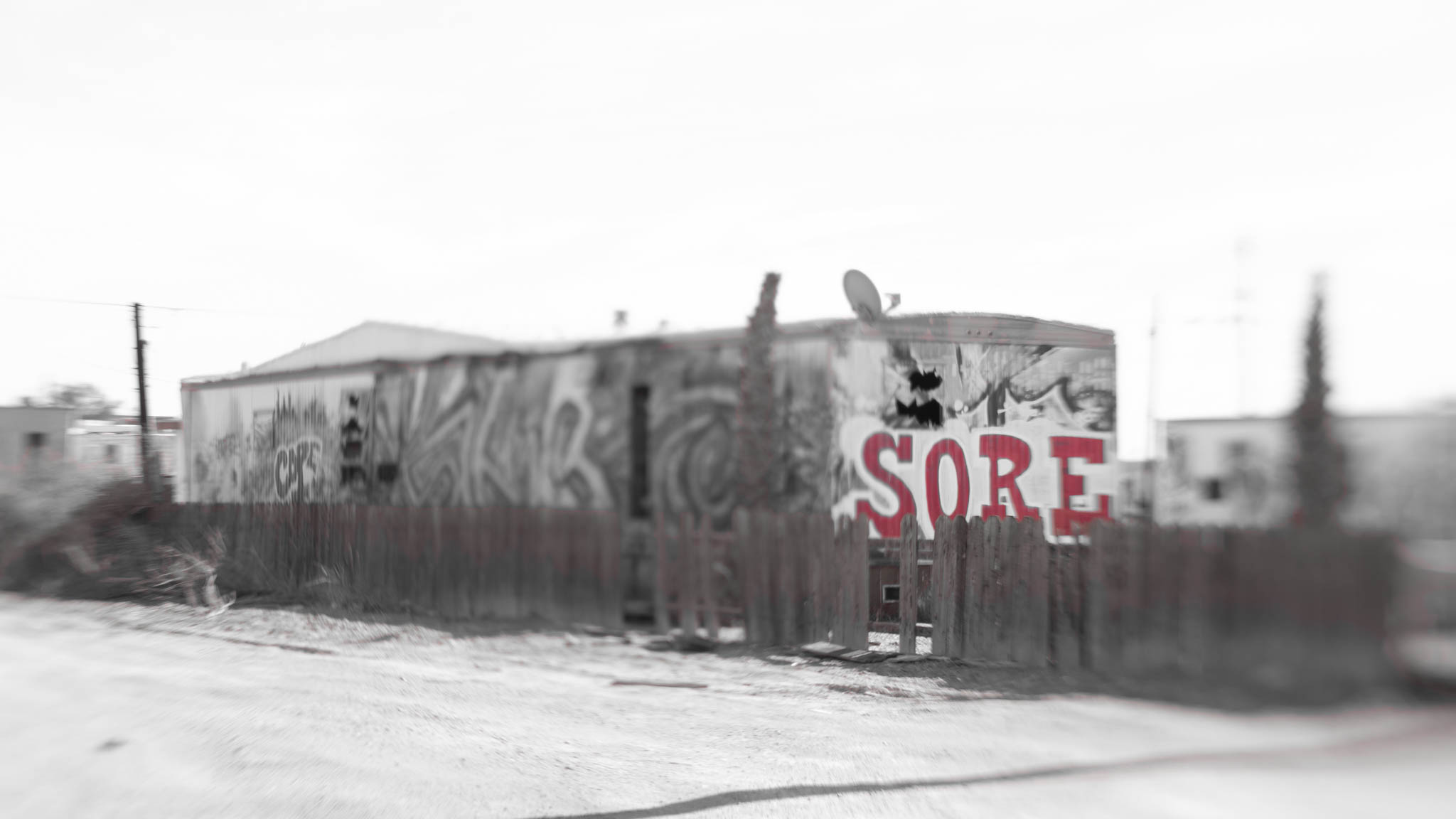 Here’s hoping 2022 will bring sanity back in focus, science will win the day, and people will be kinder to each other.

What we call the beginning is often the end. And to make an end is to make a beginning. The end is where we start from.