One of the least known of the National Parks, Wind Cave is worth the visit for two big reasons: (1) the boxwork formations and (2) it is way cooler inside the cave than outside in August. 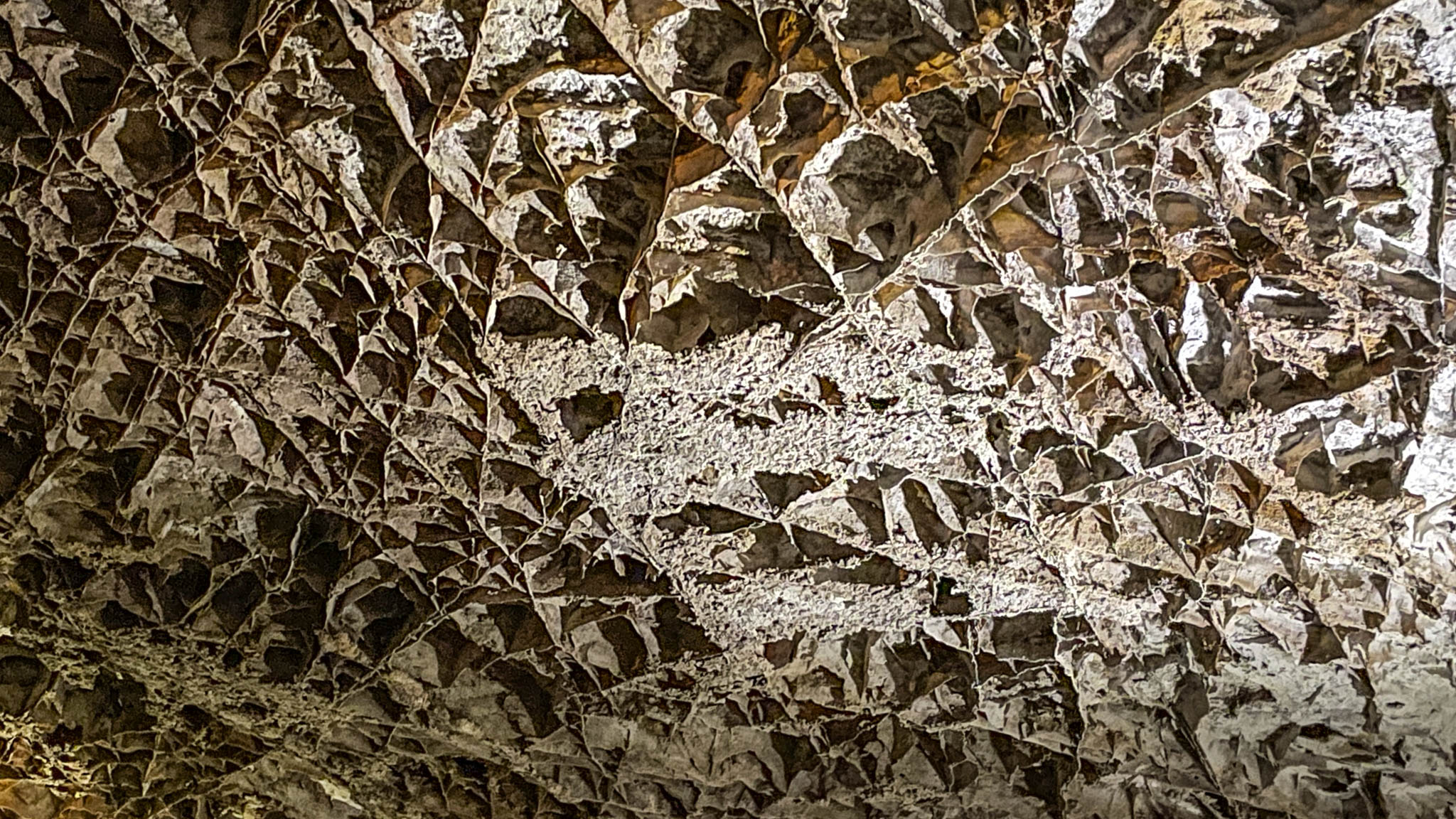 Unlike the more tourist-oriented, privately owned caves I’ve visited, Wind Cave uses as little lighting as possible, and no garish, colored lights at all (yay!). As the tour group wandered down the many steps and through the narrow passages, I felt like an explorer rather than simply a tourist. 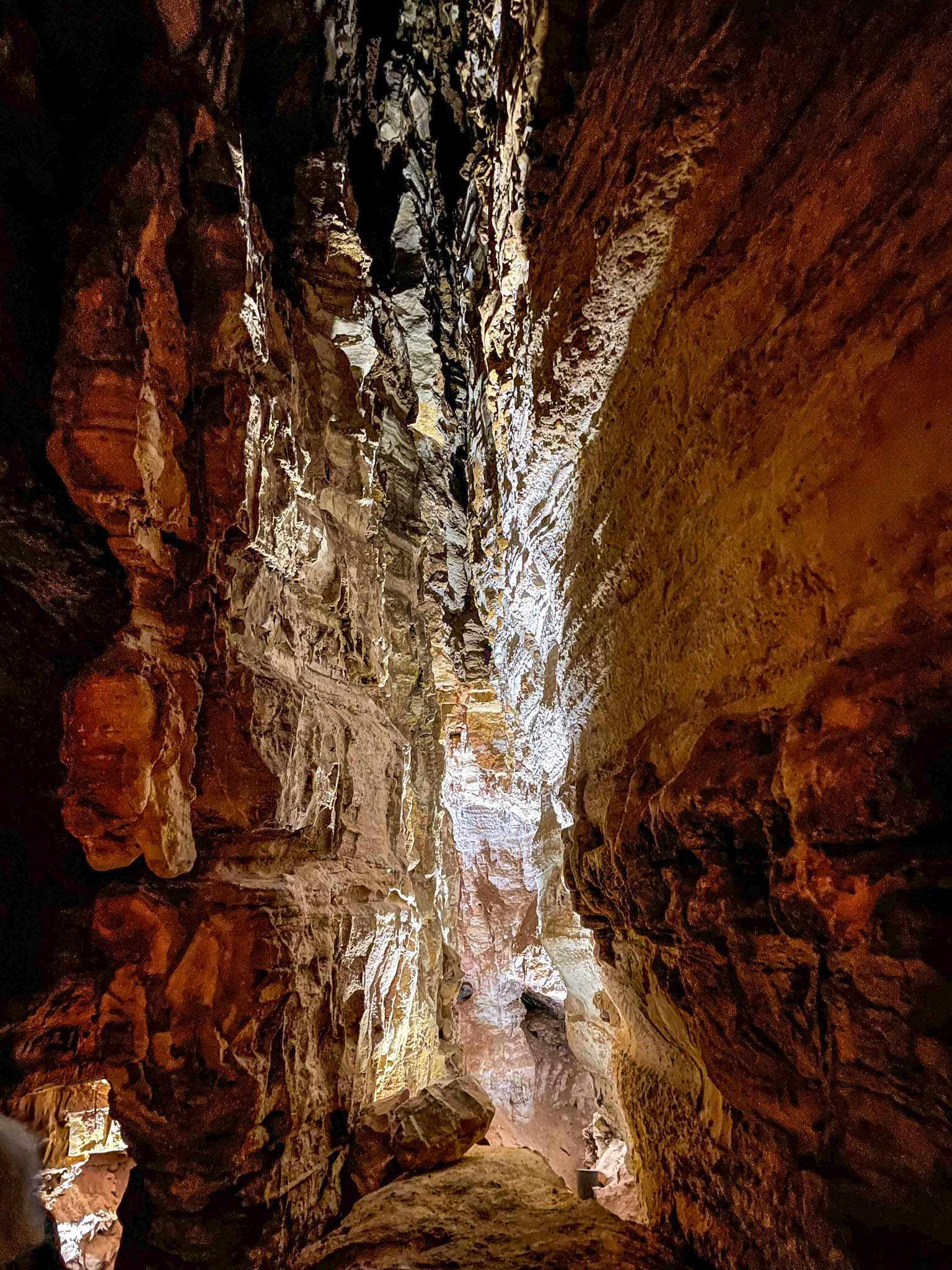 Wind Cave holds about 95% of the world’s boxwork formations, and I had to admit I hadn’t seen it before.

What is boxwork? Thin strips of calcite stick out of the walls and ceilings, forming a honeycomb pattern as the strips intersect with each other. It got the name “boxwork” because the formations look like the old post office mail slots (back before home delivery). 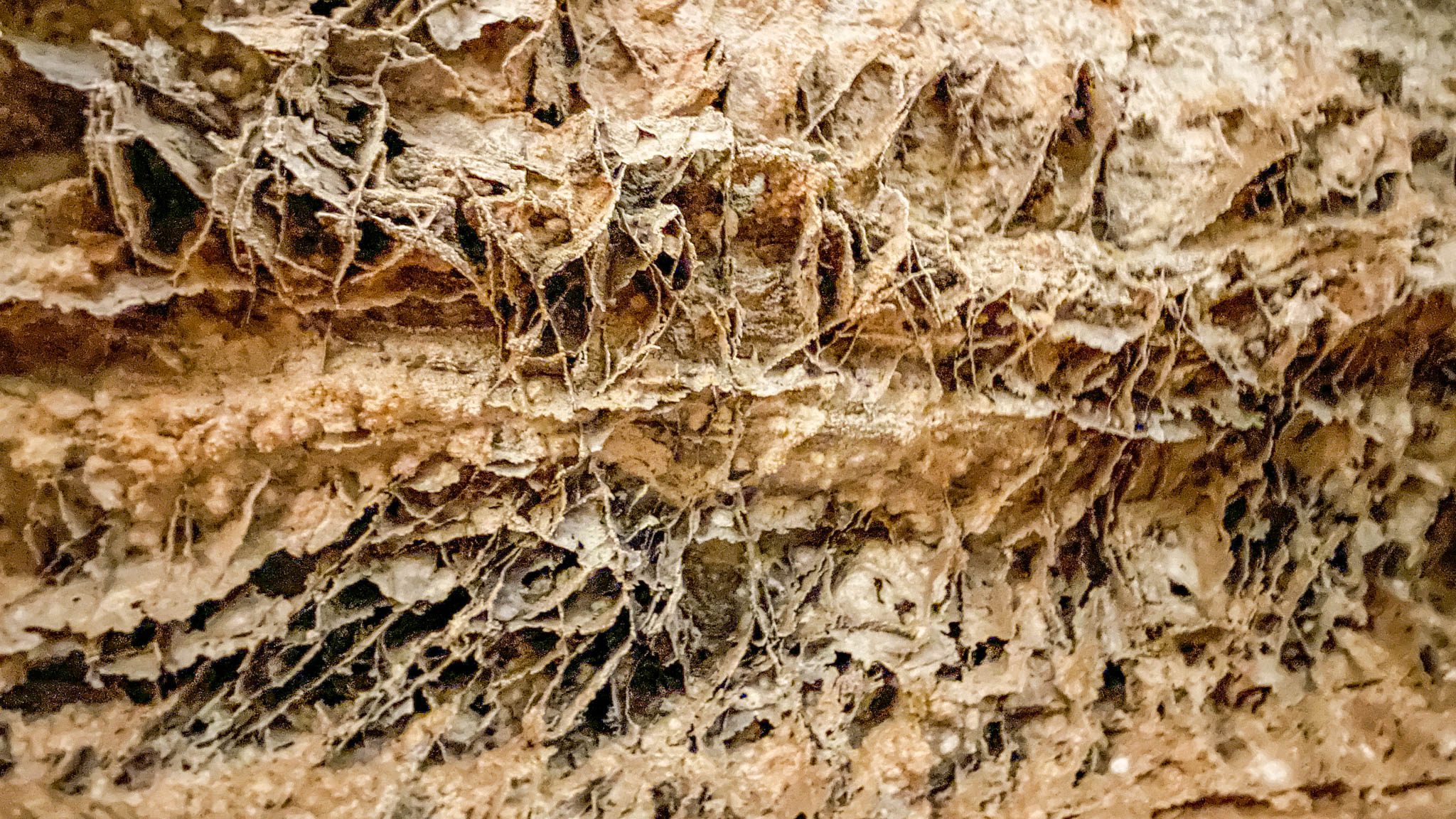 Why the boxwork forms this way is still a mystery. It has something to do with the geological nature of this particular cave and how things weather over time. I put a link at the bottom of this post if you’re a rockhound and want to know more because I didn’t understand 90% of the technical explanation. 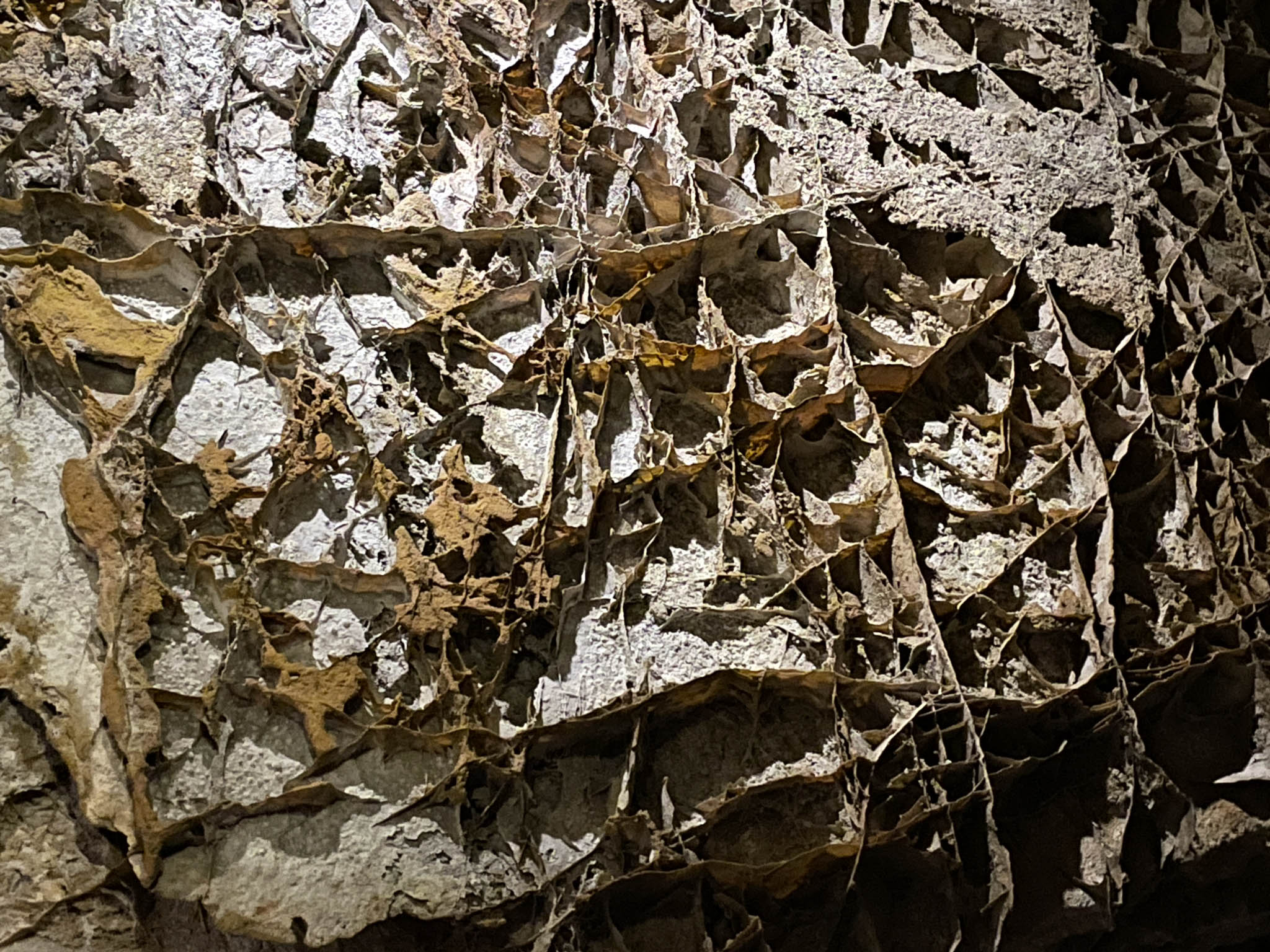 Mostly, I just enjoyed looking for cool boxwork over my head and eye level along the walls. There is a lot of it, and each bit is slightly different so it’s not at all boring to look at for the hour-long duration of the tour. I hung back with the half dozen people who wanted to go slower and take photos along the way, so we had our own little sub-tour going on most of the time, catching up to the bigger group when they stopped for some ranger talk.

And, yes, there was that “let’s turn all the lights off” minute and it was hella cool. I really felt the weight of the earth above me and the complete darkness around me. How dark is it down there, you might ask? You literally don’t know if your eyes are open or closed, there’s absolutely no difference.

What camera did I use for these photos? My iPhone. I learned at Carlsbad Caverns that my phone does a way better job than me messing with the settings on my Sony A7, so this time I just took the iPhone and enjoyed the tour between snaps. I gotta say, the camera on the iPhone12 rocks at this kind of challenge. 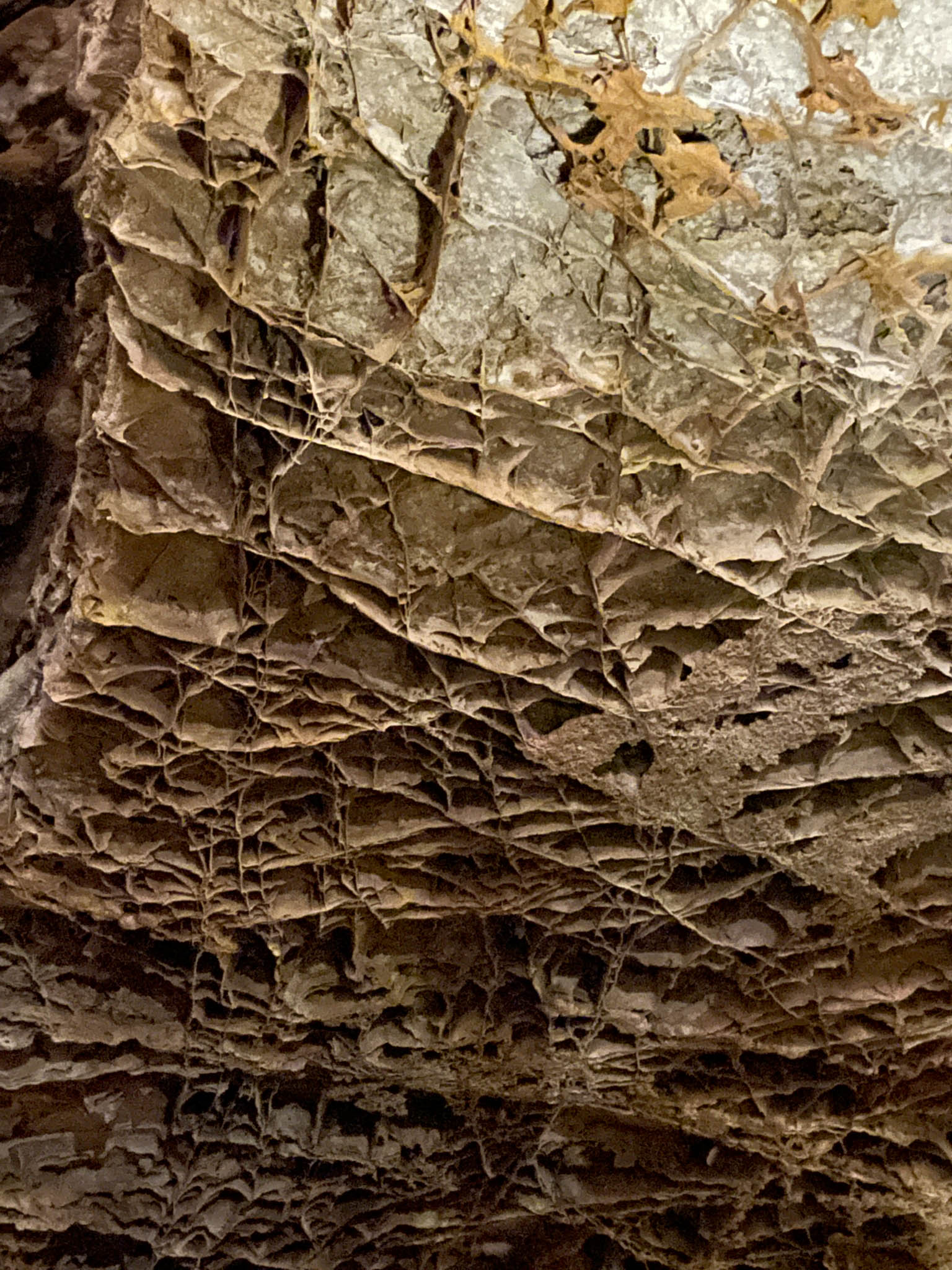 This land, the wind, and bison are sacred to many indigenous tribes, which the tour and the NPS respect and explain. The Natural Entrance tour I took began at the small entrance that white settlers first “discovered” in the late 1800s and which is the origin story for the Lakota tribe. The NPS works closely Native American tribes on the management of the park, which hopefully is something to be replicated in other national parks and monuments that were important native lands well before the white folk arrived. 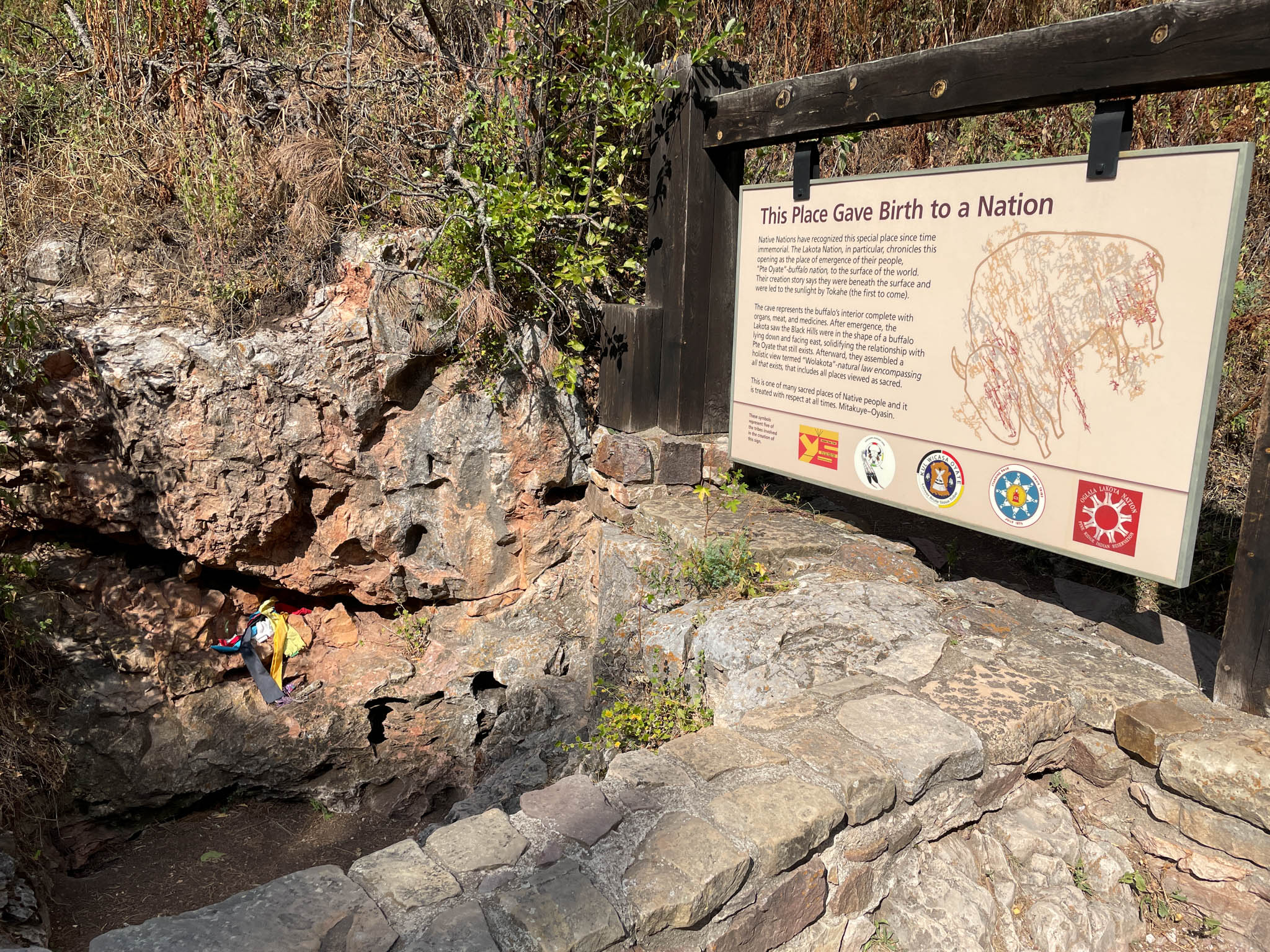 Wind Cave is still being explored and mapped out. So far, they’ve documented 159 miles of the cave, and think there is a lot more. The most amazing fact is that most of the cave is within one square mile of the park. There’s a lot of up and down going on to fit 159+ miles of cave into one square mile! 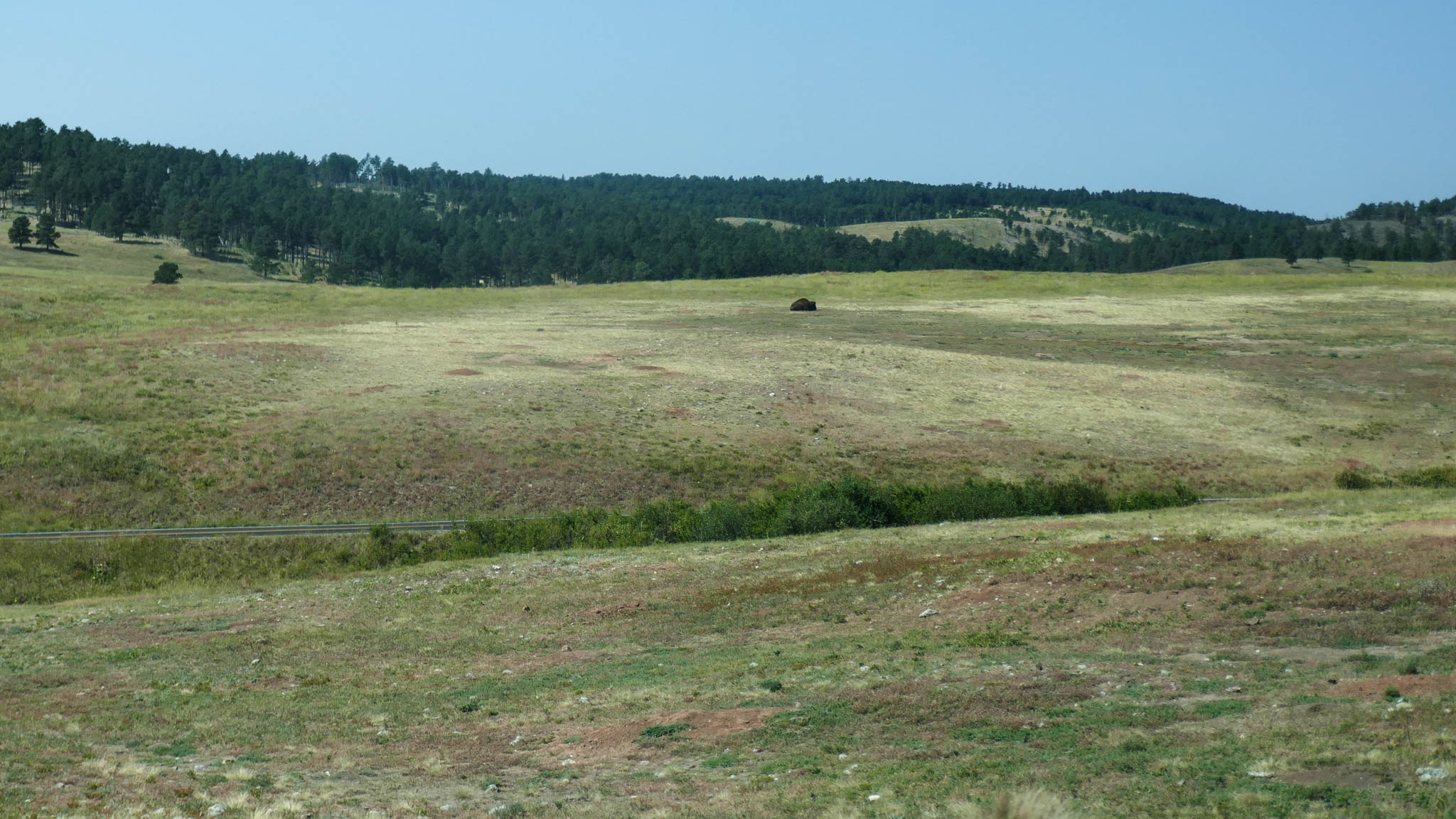 On top, Wind Cave is a series of prairies that support bison, pronghorn, and prairie dogs. I saw one bison, that brown blog in the upper middle of the photo. Obviously exhausted from posing for tourist photos, this bison was on his break. I have no idea where the rest of the herd went.

We’re made for the light of a cave and for twilight.