Wow. If you’d told me five years ago all that would happen between the day I picked up my Alto (May 2, 2016) till now, I wouldn’t have believed you. I honestly didn’t know what I was getting into back then, and I didn’t have many expectations of how things would go. I just knew I was going to live in a little trailer and drive around a lot.

This photo was taken about a minute after my very first tow ever (like in my whole life!), where I drove from pickup at Safari Condo to my very first campground in Levis, Quebec, Canada. (And I’m writing this post at another KOA, in Virginia. I don’t stay at them much, but in a pinch, they do nicely.)

Adventures on a Grand Scale…

From California to Nova Scotia, Breeze and I got around a lot in the last five years, racking up 48,700 miles as a tow vehicle + trailer. I had Bella, my Subaru Outback for the first four years, and she was a faithful companion.

It was hard to replace Bella, but my Honda Ridgeline, Luna, has done a stellar job of hauling me, Breeze, and all my stuff, for the last year. The higher tow capacity and bigger storage space of the Ridgeline has been a net positive change in my vagabond life (so much more room!).

I’ve had the opportunity to explore parts of the US that had only been places on a map before. Who knew that after a lifetime of avoiding deserts, both high and low, I’d fall in love with southern New Mexico and with Death Valley?

I’ve been surprised how beautiful the middle of the country is at ground level. I’d flown over the midwest and plains states dozens of times in the last 40 years, but I never really understood their attraction until I spent time on the back roads, going through small towns and farmland, always with that big open view where I could see miles of land and sky whichever direction I looked.

Breeeze is an old hand at ferries now. She’s been over the water several times: Galveston, TX, the Outer Banks, New Brunswick/Nova Scotia, and on and off Vancouver Island.

We’ve still got lots of places to see, aiming for the nexus of Colorado, Utah, and northern Arizona later this year. And there’s so much of the Pacific Northwest I haven’t seen yet, too. I am not even close to running out of places I want to visit.

The Alto is built as a three-season camper, but on the rare occasions I’ve been caught in seriously cold weather (thanks, Denver, for two of the three times I’ve been snowed on), I’ve been warm and cozy, thanks to the propane option on the Truma heater. And some pipe insulation underneath. 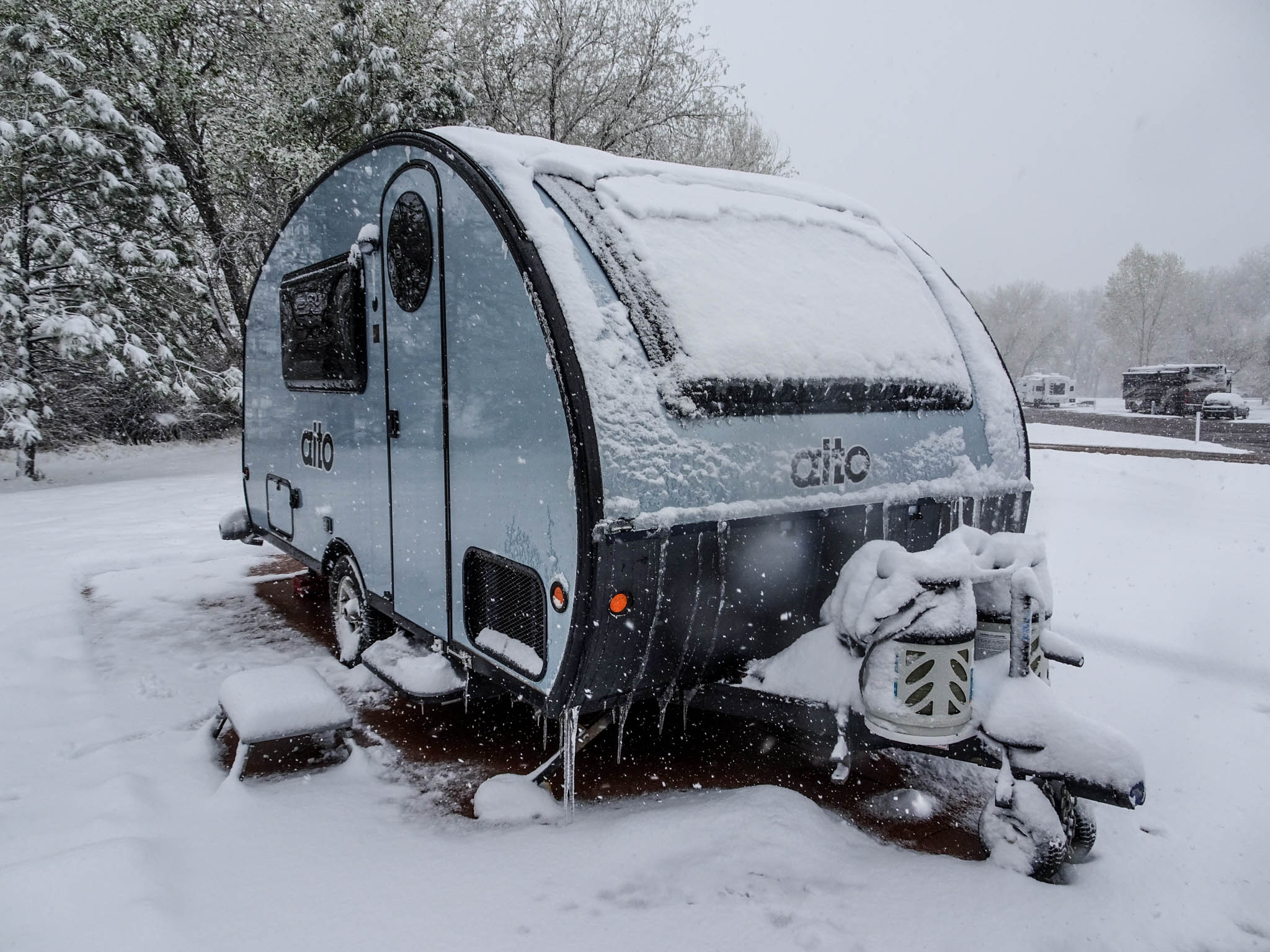 On the other hand, getting wicked hot in Casper, Wyoming wasn’t the most comfortable situation but I made the best of it with a variety of awnings, aluminet coverings, and the wonderful MagneShade for that big front window. Oh, and a matinee in town, where the air-conditioning was frosty, and I was quite fine with that. 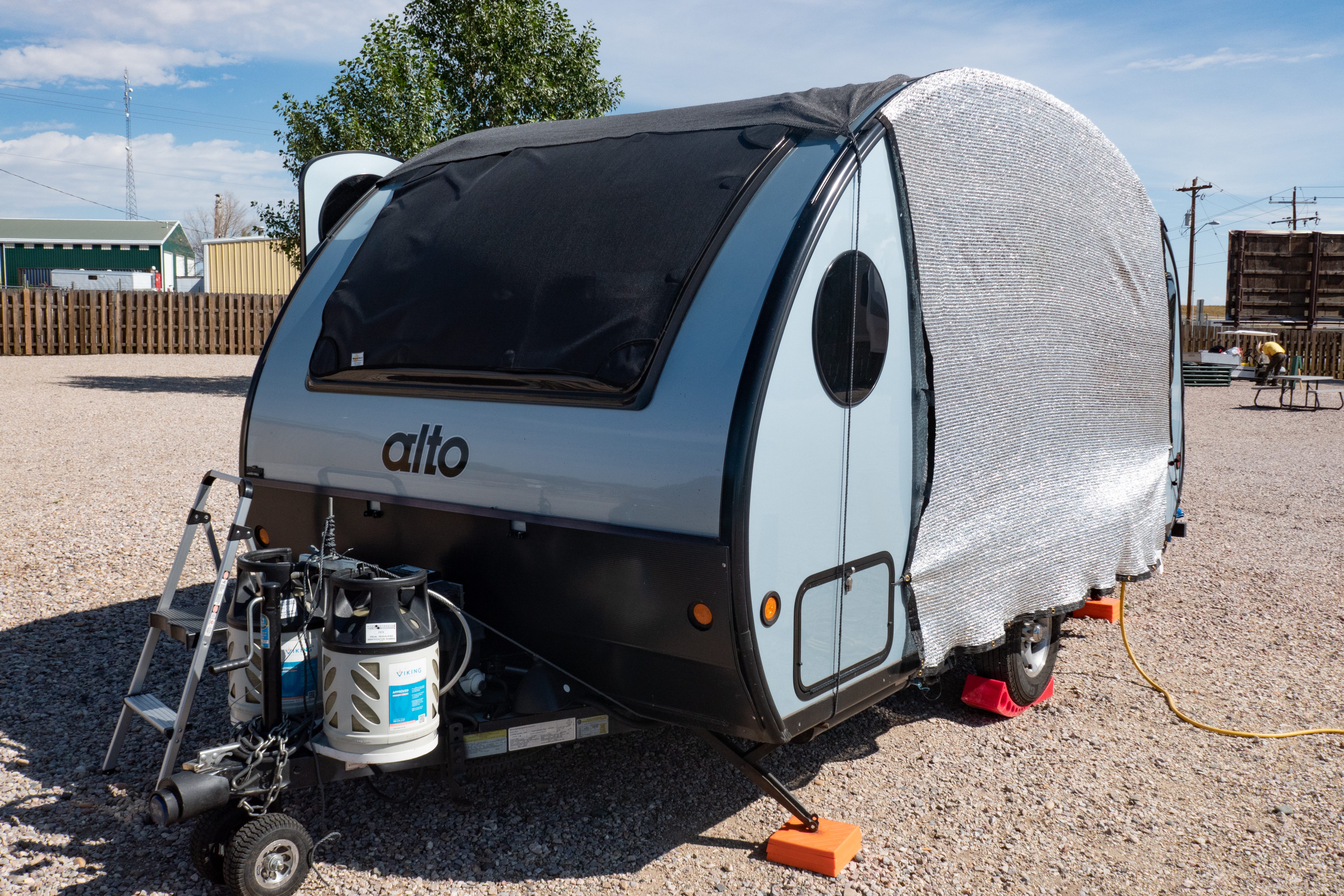 Overall, for a trailer where I was clearly warned it wasn’t built for full-timing, the Alto has been just fine for me. I’m not huge on creature comforts or large living spaces, so I’ve been happy with my choice. And I think I’m one of the few full-timers that hasn’t traded up or down since I started.

One of the best pieces of advice I got was from the person who also told me to buy an Alto. I was a bit worried about finding places to pick up what I might need as I started my vagabond adventure. My friend said something like “You’re going to think you’re in the middle of nowhere, surrounded by nature, but in America, you’re never that far from a Walmart. Or a Target. Or both.” She was right about that, and she was right about the Alto. (Thanks, Mary, for both bits of advice.)

I’ve gone from a total of two visits to a Walmart *ever* before picking up my Alto to having Walmart be my go-to grocery store and clothing supplier (bargain racks are great). Turns out Walmarts are mostly one of two layouts: groceries on the left or on the right. And I’ve been in so many now that I can do my grocery shopping in either store layout in under 15 minutes, which came in pretty handy when traveling in 2020.

Whether Solo or in a Group…

I’ve camped with friends more times than I can count, from Tennessee to British Columbia, and Quebec to California. My Alto family has taught me so much, about the trailer, about camping, and and about making the most of the times and places where we gather. 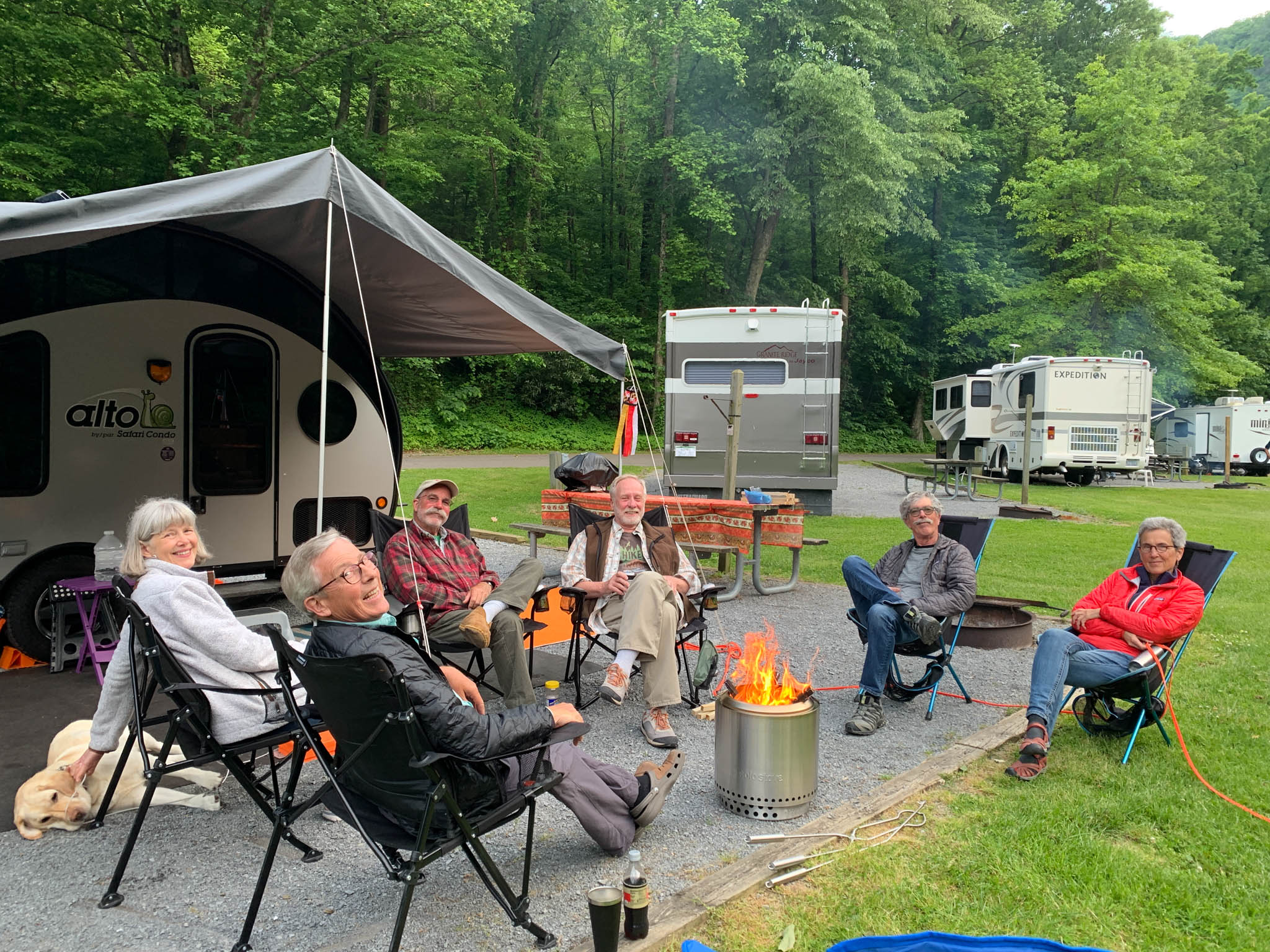 When I’m on my own, I enjoy the silence, the stars, and the open road calling my name.

Over the last five years, I’ve made camp 400 times, in 41 US states and 5 Canadian provinces. I’ve walked through redwoods and over sand dunes, dipped my hand in the trickle that is the beginning of the mighty Mississippi River, and felt the absolute stillness of a desert night. I’ve survived a blown trailer tire and an accident, a broken hand, and a pandemic. I’ve learned that change is inevitable and that changing reservations is too. Plans come and go, weather blows through, and I’m still out here, somewhere on the road. I’m doing just fine.

Life is short and the older you get, the more you feel it. Indeed, the shorter it is. People lose their capacity to walk, run, travel, think, and experience life. I realize how important it is to use the time I have.