This is one time I’m going to say don’t read this until you’re on a tablet or desktop machine. That tiny phone screen just isn’t going to cut it with these images if you want to get a real feel for how amazing (and huge) this place is.

Carlsbad Caverns may be one of my favorite places on earth, precisely because it is feels unlike any other place on earth I’ve been. I kept thinking I was underground on Mars or exploring a new planet As I walked down narrow pathways through rock formations that were incredibly beautiful and weird at the same time, I felt like I was on Mars or exploring a totally new planet. 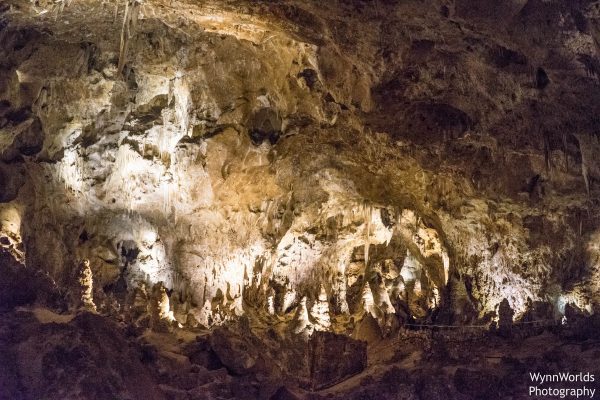 I walked down the Natural Entrance rather than use the elevator, and it was well worth the 45 minutes to get about 1000 feet below the surface. It felt like a Disney thrill ride: dark and damp and full of surprises! And just when I thought, OK, this is cool, I found the Big Room, the largest cavern, and it’s basically just one amazing thing after another.  I spent an hour going through all the walkways in the Big Room, and I could have spent another couple of hours if it hadn’t been so near to closing time. How big is it? It is the largest underground chamber in the USA!

This spot on the self-guided tour was one of my favorite places because the height and depth of the cave is really on display. It felt a bit like a cathedral, so high up and so intricate in design. 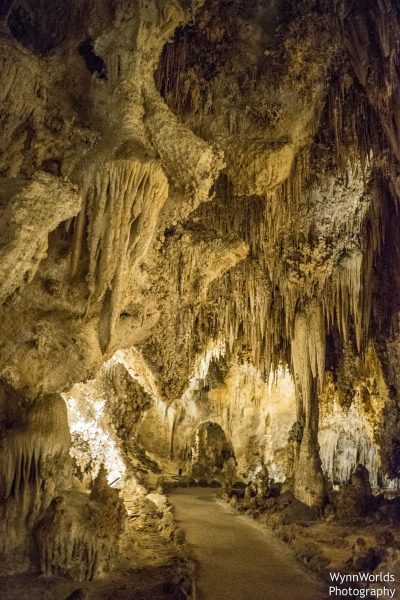 I signed up for the King’s Palace tour and it was well worth the $8 fee ($4 if you’re a legit senior citizen). Everything in the image below was created by water, one drop at a time, over millions of years. It was breathtaking to sit there and stare at it while the ranger talked. The old Journey to the Center of the Earth movie shot some scenes in here, too. 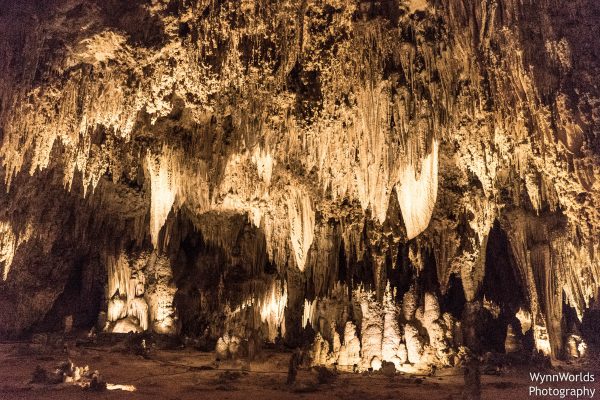 Sometimes the water leaves thin deposits and sometimes it leaves thick ones behind. You can see the walkway at the bottom right of this image, to give you scale on how big those hanging bits really are. 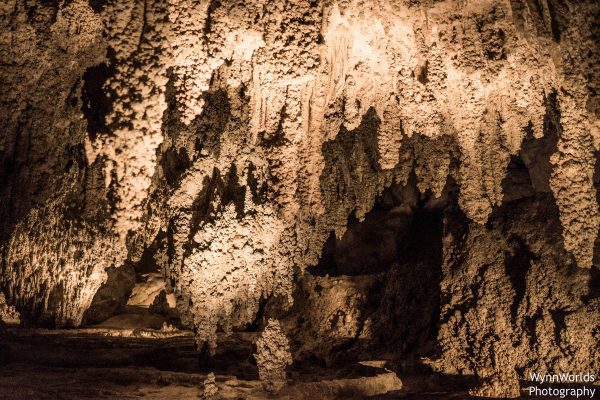 This close-up of one section shows what are nicknamed draperies, deposits that really do look like fabric only they are stone. 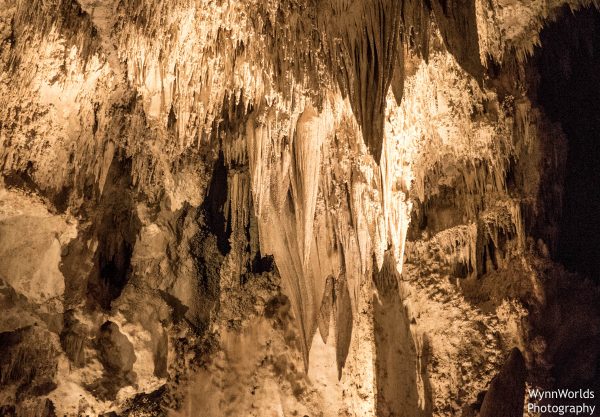 This was another of my favorite views, things coming down from the ceiling and things building up from the floor and then sometimes they meet up, like over there on the right side of the image. 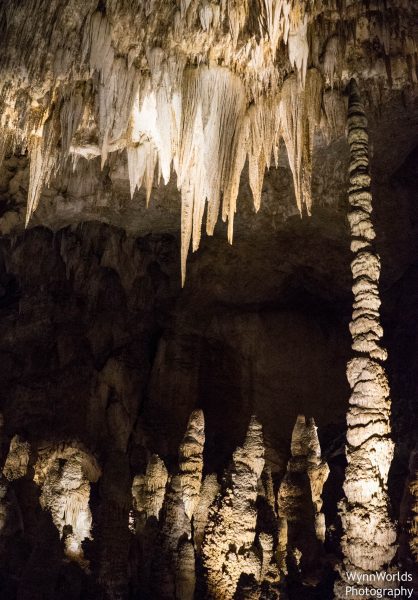 And for the curious, and my great-nieces: Yes, there are bathrooms down there, tucked into a little cave. Flush toilets and everything! 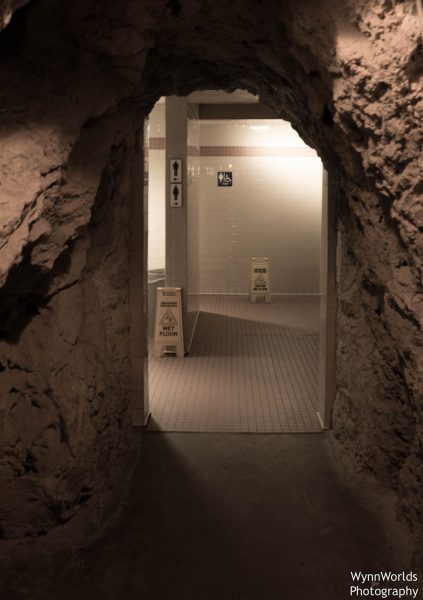 For more detailed information on Carlsbad Caverns National Park, check out their website. I highly recommend taking at least one of the guided tours because they take you to places that the self-guided tour does not go.

It’s got all the cathedrals of the world in it, with half of ’em hanging upside down.