Catching up on recent travel, I was down in Big Bend National Park in February, and it is yet another amazing place that Americans can enjoy as part of the National Park System. Big and wide, open and ancient, I loved exploring here. From the first glimpse of the mountains on the road down from Marathon, I was constantly challenged to figure out how to capture this place with my camera. 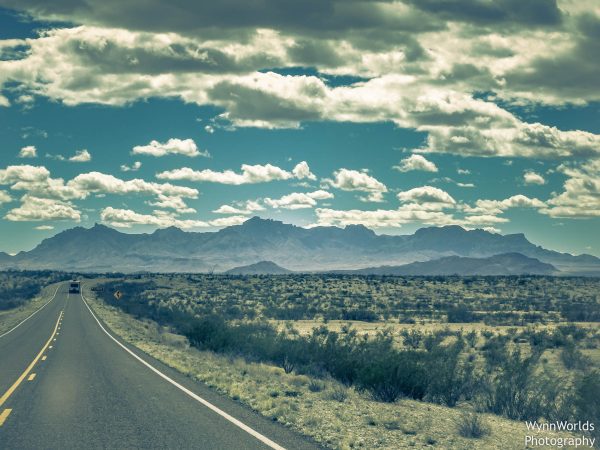 Just driving along a road becomes a show, and they thoughtfully provide pullouts for people like me. 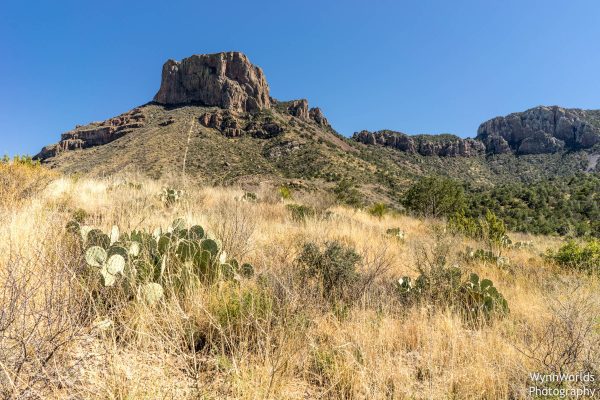 We spent a whole day exploring the west end of the park by car and I kept thinking that any minute I was going to see dinosaurs. That’s how old this place feels. Not coincidentally, Big Bend is filled with fossils and has an amazing display of things found in the park. Look for more on that in an upcoming post. 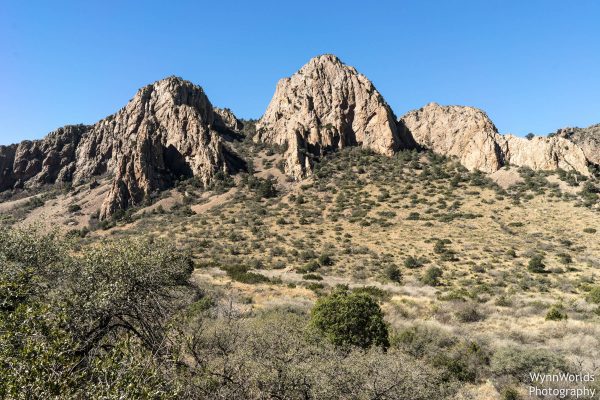 One day I got up early to hike a nature trail and my reward was seeing this on my way out. By the time I came back this way it was gone, the slight morning mist dissolved by the heat. 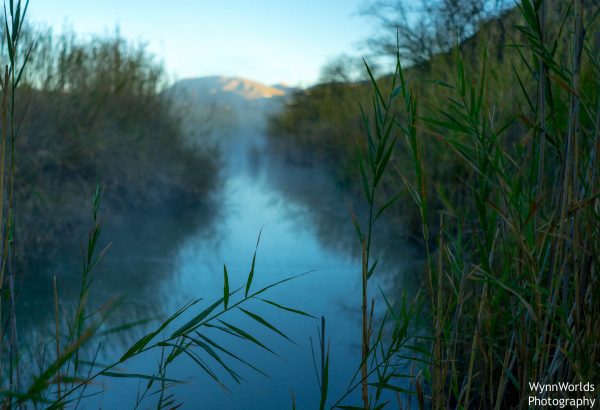 I hiked up an overlook and took this shot of the Rio Grande Village campground. Somewhere down there is my trailer, along with about 40 others. 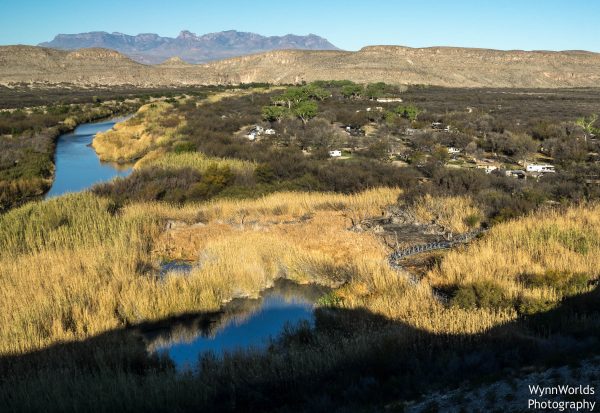 Surprisingly for February, the park experienced a wave of temperatures in the 90s, so we escaped up to the Chisos Mountains for a day. The higher elevation means cooler weather and it was definitely appreciated! The photo below is The Window, a viewpoint where you can see the park below. It was too hot to hike out to it so this is as close as I got. 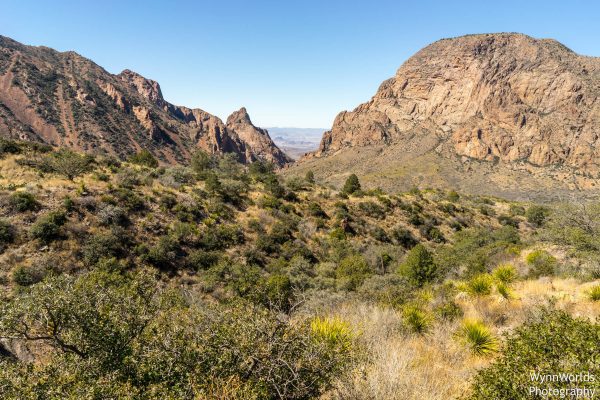 The view the other direction wasn’t bad either. 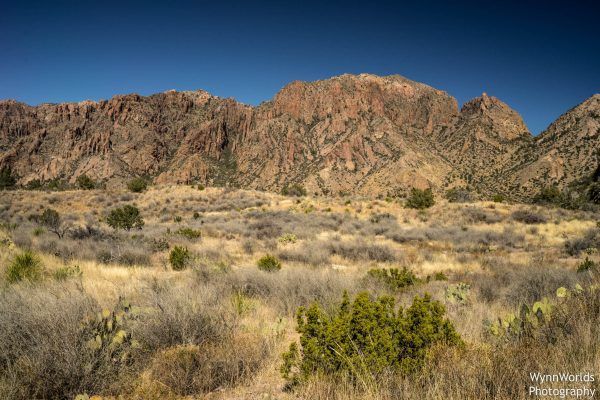 In closing, I want to point out that the southern border of Big Bend National Park adjoins Mexico. Scroll up to the top of this post and look at that photo. The beautiful mesas in the background are in Mexico, which the ones in front of them are in the USA.

The Rio Grande IS the border here. Mexico is on the right. The USA is on the left. I was standing in the middle of the river taking the shot, so I guess I was illegally crossing the border. 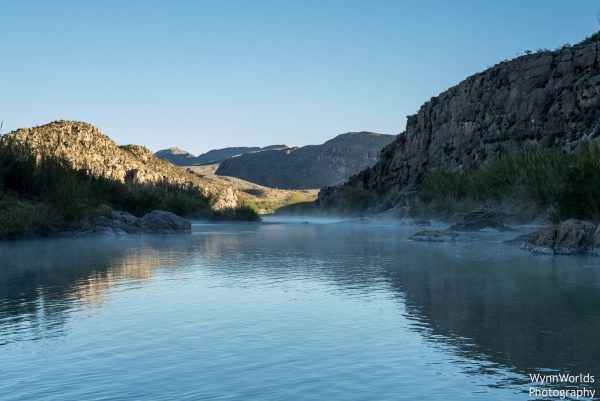 This is the Rio Grande a few miles further east. Look closely on the left side and you can see a small boat landing and rowboat there. Where I was standing to take this picture, there was a small display of handmade animals made out of copper wire and beads, a sign saying each was $7, and a plastic jar where you put the money. It was late afternoon, and by the time I had picked one to buy, three young men had rowed across that river, picking up their wares at the end of the day. The jar had $14 in it. 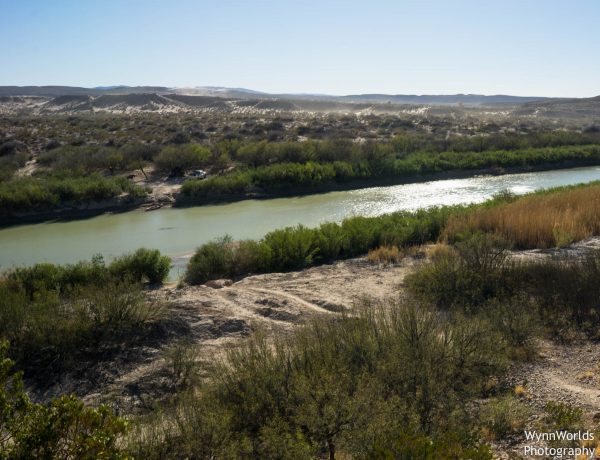 Besides the obvious question of how you build a wall down the middle of a river, such a structure would not only take away the little money these guys make in a day, it would decimate the wildlife that depends on the river every day, completely unaware that some politicians 2000 miles away are plotting to destroy their habitat. The river here isn’t about politics, it is about survival.

For more on Big Bend National Park, you can visit their website.