Death Valley. When I was growing up, I had zero desire to see what this place was all about. I knew it was desert, hot and dry, and those were two words that never had encouraged me to go. I was a water girl, beaches and surf. More than two decades in California growing up and I never went to Death Valley. Never wanted to.

And then my friend sent me a message that she was going to be in Death Valley and why not come down in November? I thought about it overnight, checked the November weather averages, and then decided sure, I might as well see it once. I never have to go again was my thought at the time, I can check that sucker off my National Parks list and move on.

So imagine my surprise and delight when, at the end of 10 days in Death Valley, I didn’t want to leave. The light, the forms, the wide open spaces, the hidden beauties – I was in love with the desert. 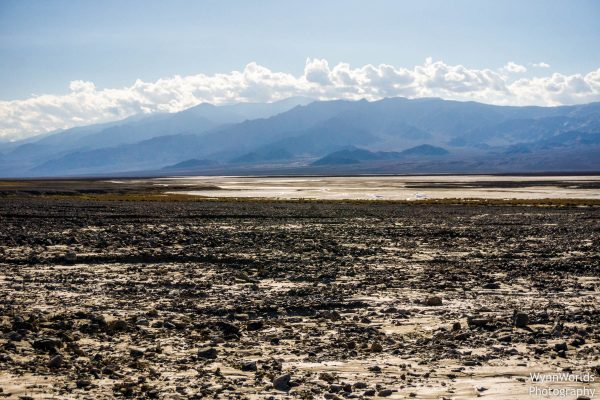 If you too want to fall in love with desert, I highly recommend a trip to Death Valley. Yes, you have to time it carefully to not be melting in the shade of 100F weather, but it’s worth the planning involved.

My favorite places, in no particular order: 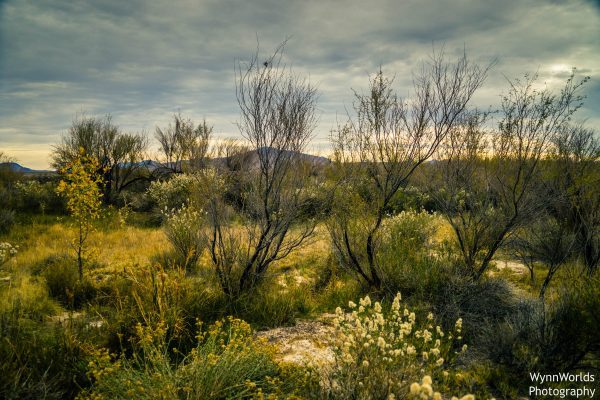 This is one crazy spread: what looks like razor-sharp formations just waiting to slash your ankles should you try to walk very far off the tarmac. 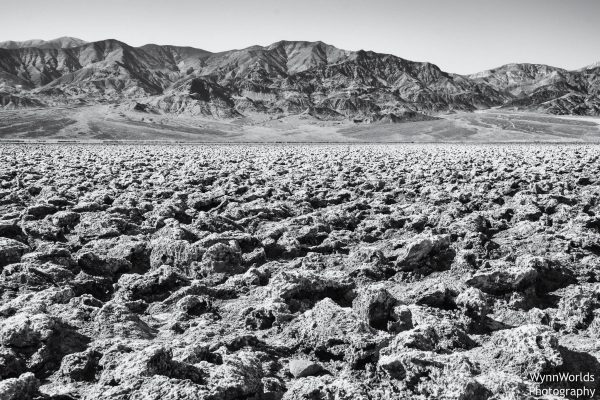 It wasn’t too crowded the day I went because it had been so hot several days before, so people were politely letting each group take turns being the farthest out on the trail. When it was my turn, I felt like there was no one else in the whole wide valley. It was one of my favorite moments of the trip.

On the walk back to my car, I met Russians, Koreans, Brits, and New Yorkers, all of us enjoying the lowest spot in the continental USA at 282 feet below sea level. 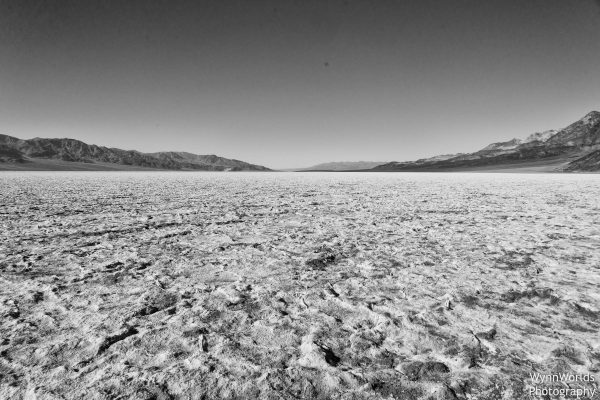 The sunset is legendary here, and, sure enough, crowds gathered to watch the spectacle. Met two German couples who reminded me of my niece in the way they were so friendly and so fun to talk with. Here’s 3/4 of them (the other 1/4 was taking their own photo). 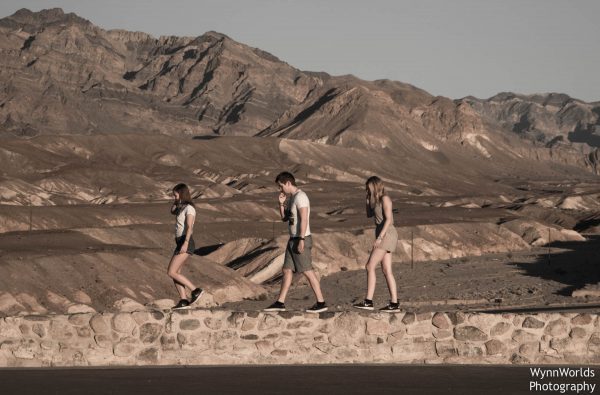 The sunset itself was hard to get, but the golden hour light on the point was amazing so that’s where I spent most of my shots. 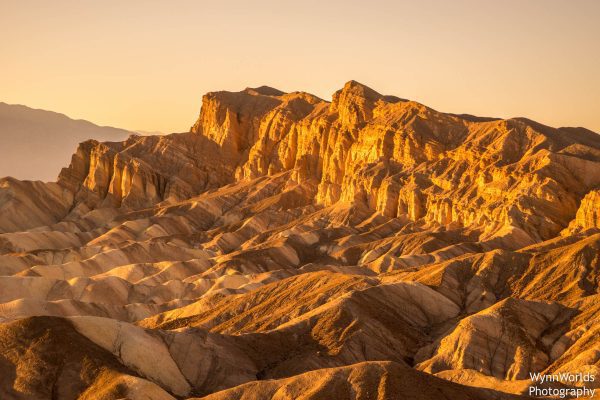 This is a road that loops through some beautiful colored rock formations, weathered over time into colors you won’t see anywhere else in Death Valley. I was disappointed the road was scheduled to be closed the day after I arrived, so I was surprised and quite happy it was still open a few days later. I took full advantage of it, and loved the whole loop. Amazing colors and amazing geology. 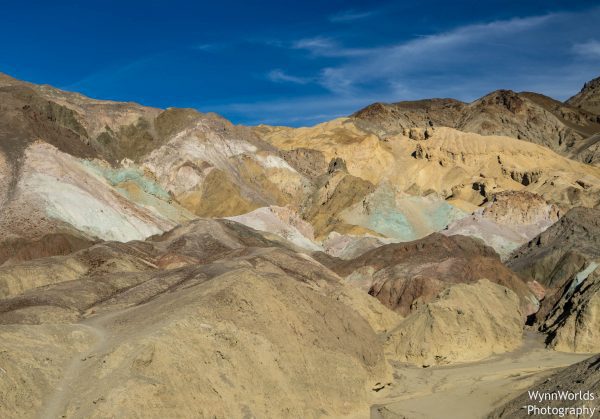 I took this short hike not really knowing what to expect. I was alone in a canyon most of the hike, and so I had time and space to play with the camera a bit. Most people would take the shot of the bridge, but I ended up using it as a frame for the mountain behind it. I really liked how this shot came out. 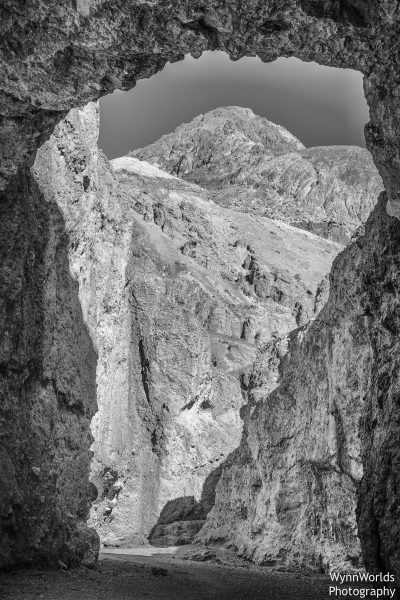 Completely windy day, and I had to hike up a steep trail to get this much of the crater in the shot. Half in shadow, half in bright sunlight, it was a challenge to figure out how to capture this complicated landscape. 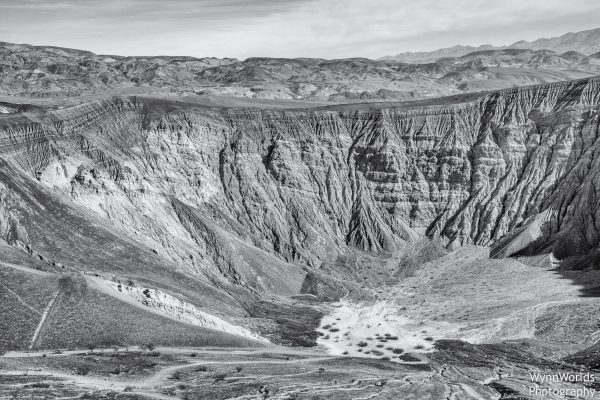 I didn’t even get to half the places on the map, so I clearly need to go back and keep exploring, on foot and with camera in hand. This place is one reason I saved up and bought a 28mm prime lens (wide angle lens), the better to capture the wide open landscape.

For more about Death Valley, check out the DV National Parks website.