It’s a new year, and yet I’m still staring at the same old rainy skies. What gives, world? I can’t complain, though, this is the first rainy day in a week. It’s just that it’s my last few days on the coast and I really want to walk on the beach without getting soaked. Tomorrow…

San Simeon, where I was last week until Friday, proved to be a pretty cool place. A stroll along the main drag in Cambria provided a lot of window shopping and lunch, while a drive up the coast brought the wonders of mating elephant seals on display. Not the prettiest things ever seen… 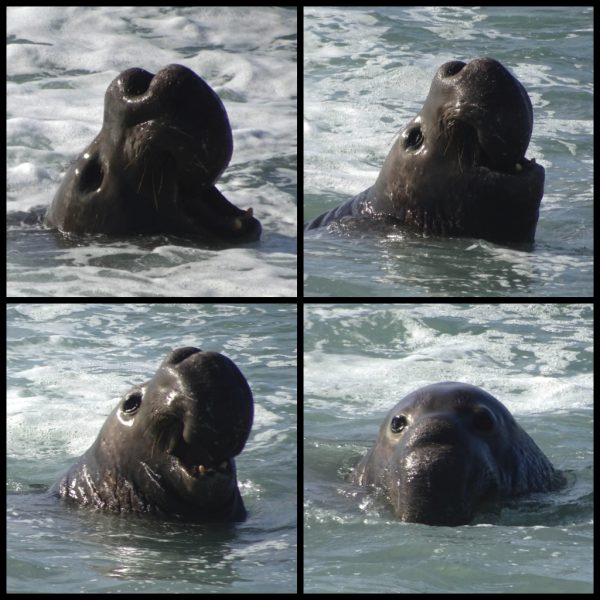 If you’ve never heard one, now’s your chance. Not sure if you have to click once or twice on the Seal link below to open/view it, so try it out. (Note: it may download and you’ll have to open it to play it, which is how it worked for me in testing.)

And on the way there, we saw zebras at Heart Castle. Not every day you see THAT on Highway 1 so here’s proof. Zebras are really weird looking things. 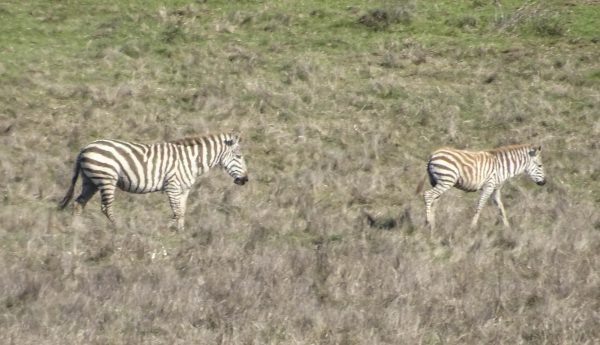 Friday was one of two moving days this week, down the coast about an hour to Morro Bay State Park, hard by a lovely slough dotted with egrets and herons and sandpipers. What better way to spend the last day of the year than in a kayak? It’s been a long time between paddles and I really enjoyed being back on the water (that’s my kayak buddy ahead of me in the photo).

My friends and I toasted in the new year with some really expensive champagne (a work gift from someone’s manager!) and did it on sort-of-Greenland time, meaning we were all asleep well before actual California midnight!

New Year’s Day meant my traditional early morning walk to welcome the year and hope that 2017 is not quite as turbulent as 2016 proved to be. 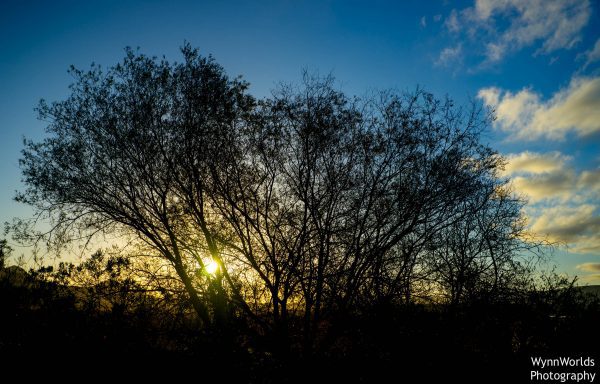 Nothing like moving on New Year’s Day, I say. Hitched up to go, along with half the park, then slowly meandered down 101 to Carpinteria State Beach. First night, my little site (and I do mean little, as the space barely fit both car and trailer side by side!) was on Beach Row with a lovely view, but after 20 days of not having electrical hookups, I moved over to power row the next day and delighted in freedom from worrying about battery and generator and how much power my laptop sucks up on a daily recharge. 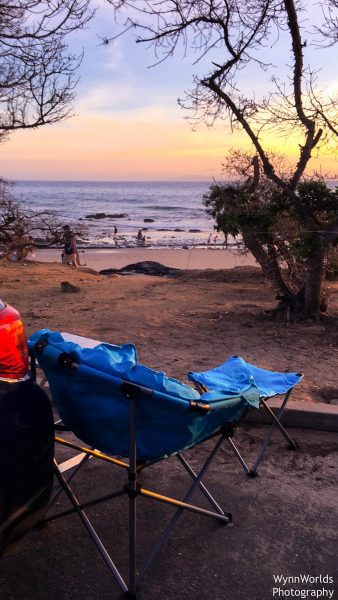 While at Morro Bay, my friend installed a new Trimetric battery status monitor, which will give me a lot more information than the simple voltmeter that came standard with the Alto. (Thanks, Richard!) 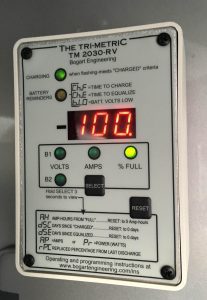 The other big event this week was an afternoon run down to Camarillo to pick up my new folding bike from its drop point at a friend’s house. We put it together pretty quickly and then I took it for a brief spin before packing it into the car and heading home. I couldn’t resist a brief ride today, even in the rain. I love it! 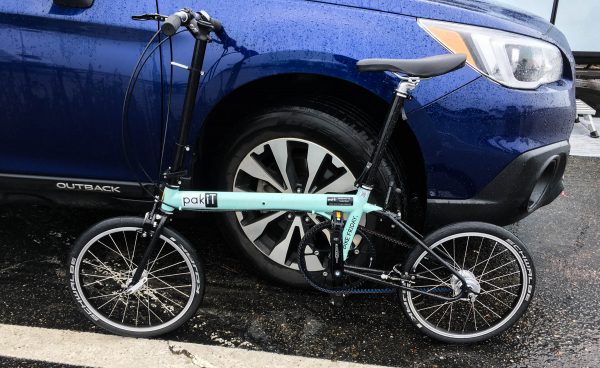