Yay, kayaking! Woohoo! I have my own paddle and life vest, so all I need to rent is the actual kayak when I find a body of water. The Salton Sea visitor center volunteers came through today: I walked right up to their kayak concession, no waiting! The water was flat calm and perfect for bird watching. Or more accurately, pelican watching, since that’s all I wanted to do. I paddled out a ways and then watched as pelicans occasionally flew over and around me. 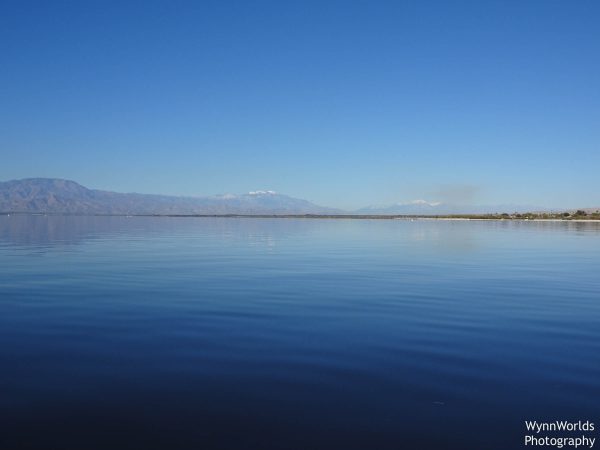 I don’t take my expensive camera gear out in a kayak, especially when it’s my first time in a place because wind and water can sometimes be very surprising. So my little pocket Sony had to step up and try to capture the pelican show.

There are both brown pelicans and their larger cousins, the American white pelican, on the Salton Sea, but it was mostly the whites that stayed still long enough for me to get focused and shoot.

The American White Pelican has one of the craziest mating behaviors: their beak actually grows a big bump on it, and the beak, iris, and feet turn bright orange. This one is a non-breeding adult as there is no horn (but you can see where it would grow – that slight bump on the beak). (Trivia for your next game: The American White Pelican is the only one of the eight pelican species to grow horns on their beaks!) 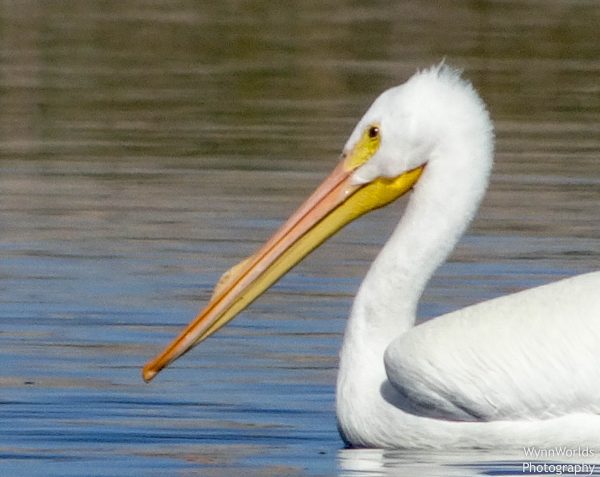 Just as I was heading in because the wind picked up, this Great Blue Heron caught my eye. Very patient subject, and lots of posing for the camera, which was great because usually blue herons are extreme flight risks when approached by humans. This one? I got within 15 feet and it still didn’t flee. Thanks, Blue Heron, you were awesome!

And as a bonus, here’s a closeup from yesterday of a pelican taking off. Hop, skip, and a jump and they’re flying! 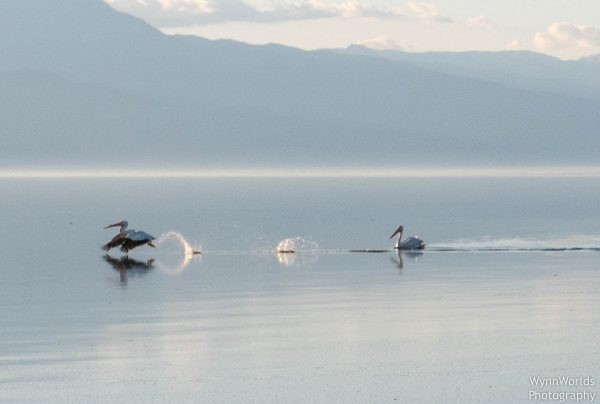 And to lose the chance to see frigatebirds soaring in circles above the storm, or a file of pelicans winging their way homeward across the crimson afterglow of the sunset, or a myriad terns flashing in the bright light of midday as they hover in a shifting maze above the beach — why, the loss is like the loss of a gallery of the masterpieces of the artists of old time.