The good parts of the day first…

Today’s sunset was amazing. The KOA might be hard by a freeway, with the attendant noise, but the sky is amazing. This is #nofilter stuff right here, people. I didn’t need to change a thing. 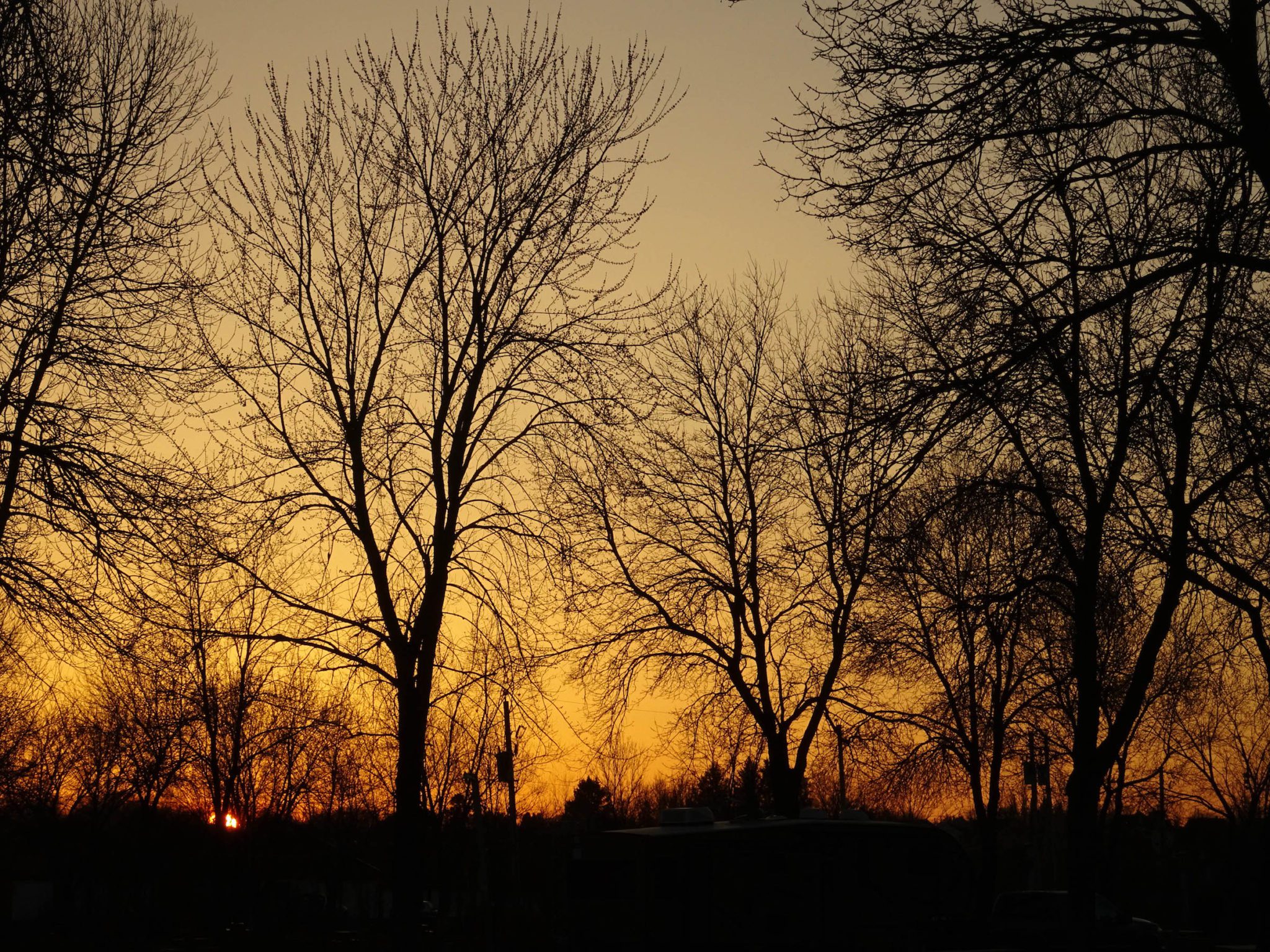 Unhitching the car was OK. I went slowly, and thought about each step before I did it. And the two were finally separated, so I could drive off to Walmart. And buy food and paper towels and dish soap. Such an exciting trip. 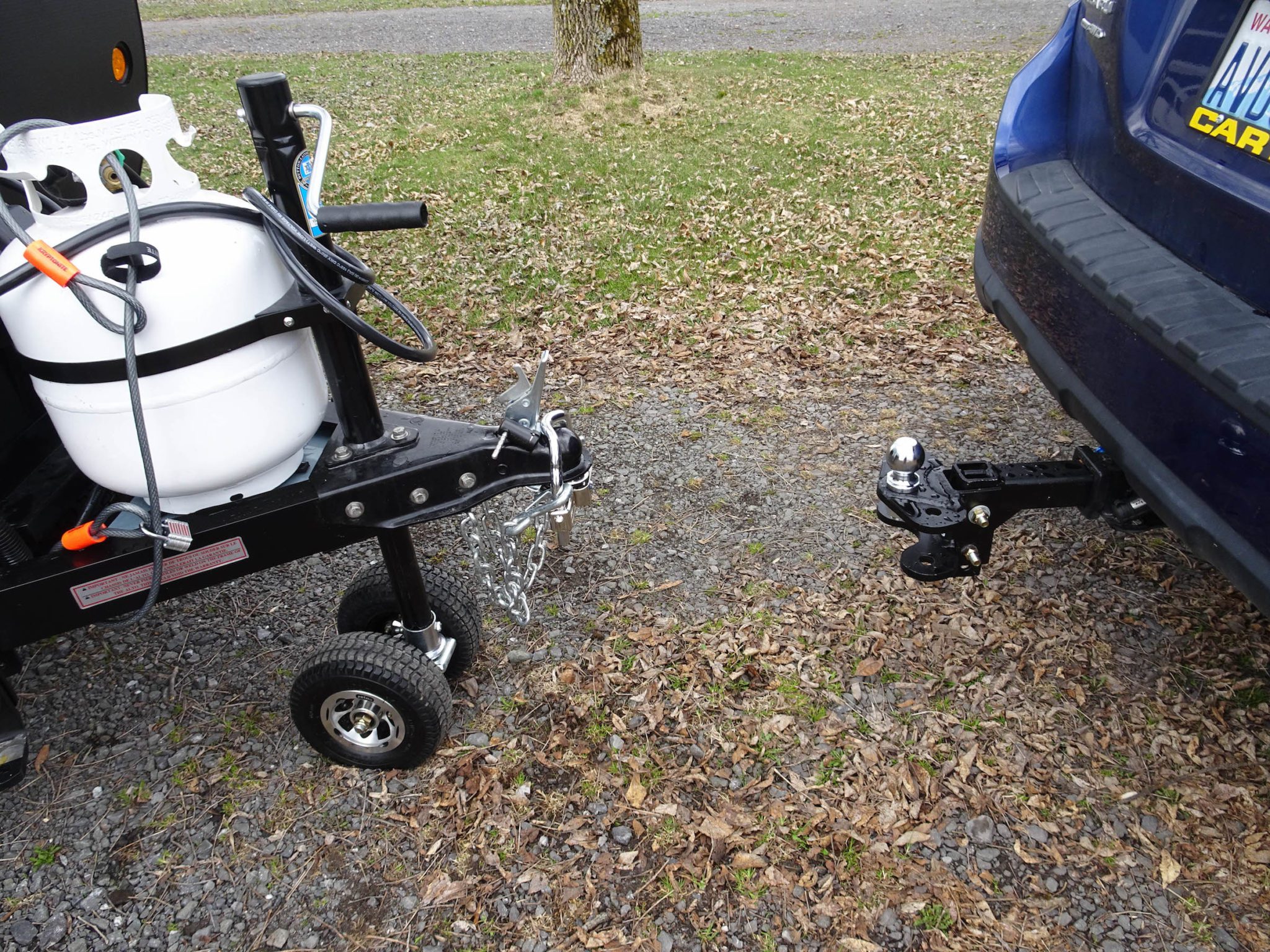 Now for the bad parts of the day, both involving new skills I obviously am still learning.

First, hitching car and trailer together was a struggle. I couldn’t get the remote control for the caravan mover to turn on and then once I did, nothing happened. My Facebook group of Alto owners to the rescue; two people reminded me there is a big red key in the front storage locker that has to be in position for the mover to work. Oops. After a bit of zig-zag driving, I got the hitch on top of the ball and from there, things went more smoothly. Weight distribution bars on, power hooked up, stabilizers up, wheel lock off, and all the other things that need to be done. In my final walkaround before taking off, I noticed the caravan mover rollers were still engaged, so went back and disengaged them. The walkaround paid off big time.

I drove around the campground a few times, making turns and even a U-turn twice. I’m getting the hang of turning without feeling like I’m going to scrape the side paint off of Breeze.

Then it was time to unhitch the trailer for the second time in one day. And things went from bad to worse. First, I lost the Alto key set and panicked badly for about 10 minutes. Finally found the keys wedged into the seat crack, where I must have put them after hitching up, so eager was I to practice driving. This led to a new rule that keys go in the pocket immediately after any and all uses. (I have a spare set, but really, let’s not lose the keys on day two).

Then the caravan mover was trouble, I couldn’t get the wheel rollers to engage, despite multiple attempts. The red key was in position but something else wasn’t working for me. So I just gave up and drove Bella forward foot and that took care of that. (Turns out that you have to hold down the buttons 4-5 seconds to start the roller engagement, as a fellow Alto owner explained later over IM.)

Leveled, stabilized, power on, locks on, and then I thought, well, why not hook up the water hose? That little voice that says “do one more thing” has got to go. I couldn’t get the hose connection tight enough to not leak and there might have been, as the saying goes, some very blue air right about then.

(I will cop to doing all this hitching and unhitching while there was NO ONE ELSE in the campground at all. There were trailers, but no cars or pickups, so no one to wonder what the hell that woman was doing tearing her car apart or swearing at various pieces of equipment.)

My hands and my nails. As Denis said yesterday, when I said I had torn a nail: well, don’t worry about it for the next 15 years or so… and I guess he’s right. I have no nails left, and a few more bruises and scrapes than I had a week ago. This trailering stuff isn’t for sissies, that’s for damn sure!

To end on a better note than my little hiccups today, here’s two pictures of Breeze, one right side and one left side. Isn’t she a thing of beauty?

And if you want to share your favorite trailer/RV disaster story, feel free to leave a comment (or two). It might make me feel better about being such a raw newbie at all this stuff.